By Dana Alkhouri
Video by Nidhi Singh
Share —
Sign up for our newsletters to get GMA delivered to your inbox every morning!

Ixel, who her parents said has special needs, kept getting distracted by the toys and other belongings around their house in the Penrose neighborhood of Arlington, Virginia.

MORE: These dads are building desks for students who need them during virtual learning

"We realized it was hard for her to adapt and work from home," Blandón told "Good Morning America," noting that Ixel had difficulty concentrating while working at their kitchen table. "That's when we decided we needed a different space to give her a better chance at schooling." 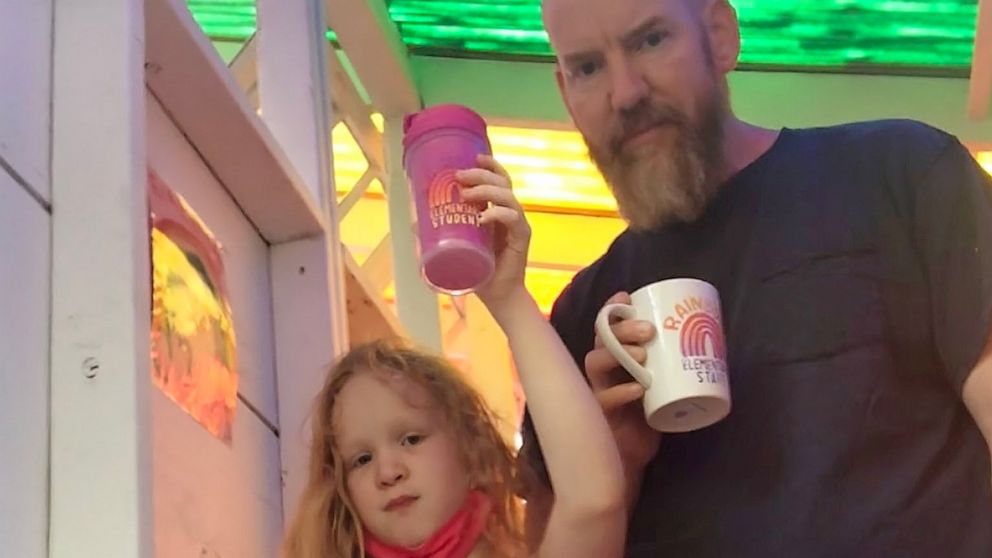 Ixi Blandon
John "Mac" McIntire and his wife, Ixi Blandon, built a "rainbow" schoolhouse in their backyard for their 8-year-old daughter, Ixel.

The family did not have a space in their home that they could dedicate specifically to school, so McIntire and Blandón looked into buying something -- but found options were too expensive.

So instead, they decided they would build Ixel a schoolhouse in their backyard.

MORE: A 4th grade teacher has built her own, outdoor classroom amid COVID-19

"I was planning on just buying the material, but also thought ... maybe we can get some material from the community," McInitre said.

He posted in their neighborhood "Buy Nothing" group on Facebook, noting he was just looking for scrap wood, but was shocked at the response he received from the community.

"Eighty percent of the shed ended up coming from recycled material or someone just giving me material they had laying around their own house," McIntire said. 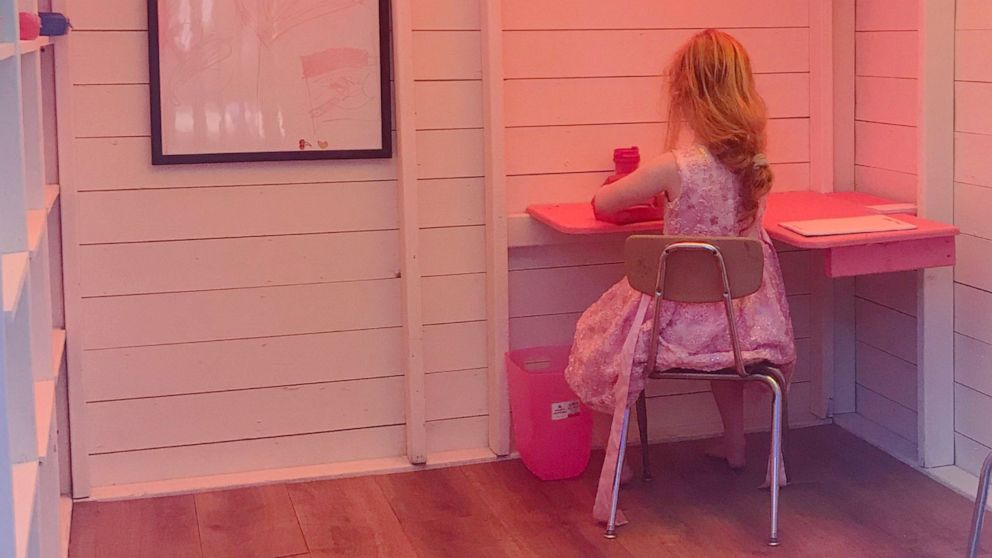 Susan Thompson-Gaines, who lives a few blocks away from the family, would often pass by and see McIntire working on the schoolhouse.

"We would cheer him on loudly. He sometimes gave us little peeks into the work in progress," Thompson-Gaines told "GMA." She was responsible for the custom-made cups that will be used in the schoolhouse. 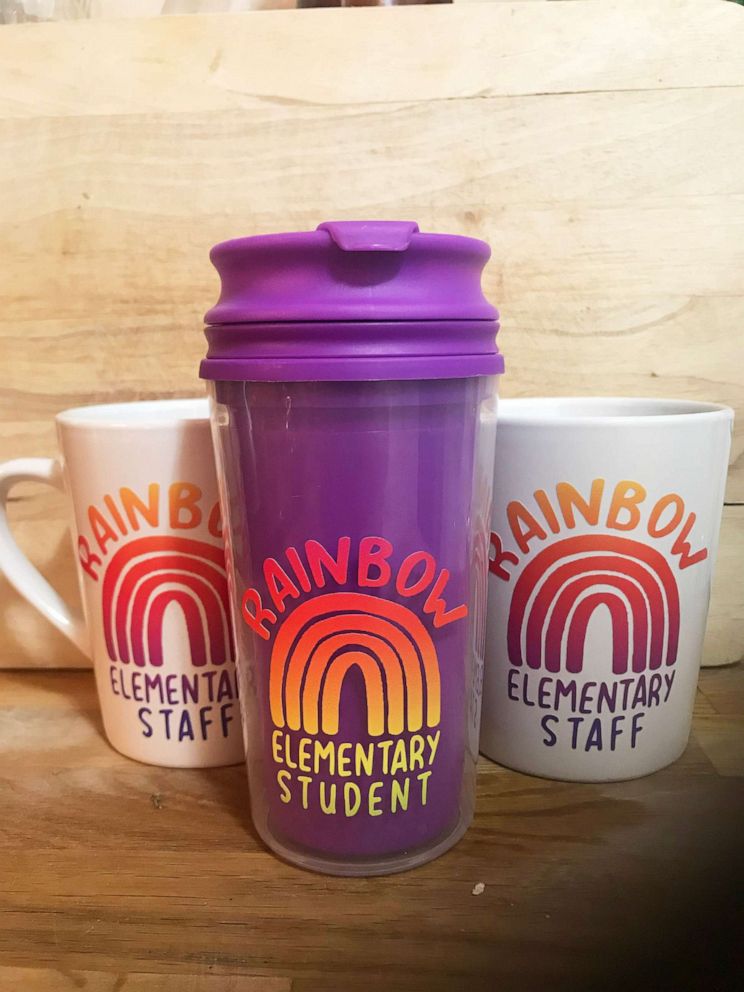 Ixi Blandon
Rainbow cups are used in Ixel's schoolhouse. John "Mac" McIntire and his wife, Ixi Blandon, built a "rainbow" schoolhouse in their backyard for their 8-year-old daughter, Ixel.

Lucia Lemu, another neighbor and a friend of Blandón, secured the chair Ixel uses every day.

"I saw one of my neighbors taking a chair out. I immediately thought the chair might be useful," she told "GMA." "I took the chair from the trash, cleaned it and called Ixi."

MORE: This teacher built a library in her garage when she realized her students didn't have close access to a public library

The finishing touch to the new schoolhouse? "Ixel said she wanted a rainbow roof," McIntire said, explaining that he spray-painted clear roofing panels, making each row a different color. 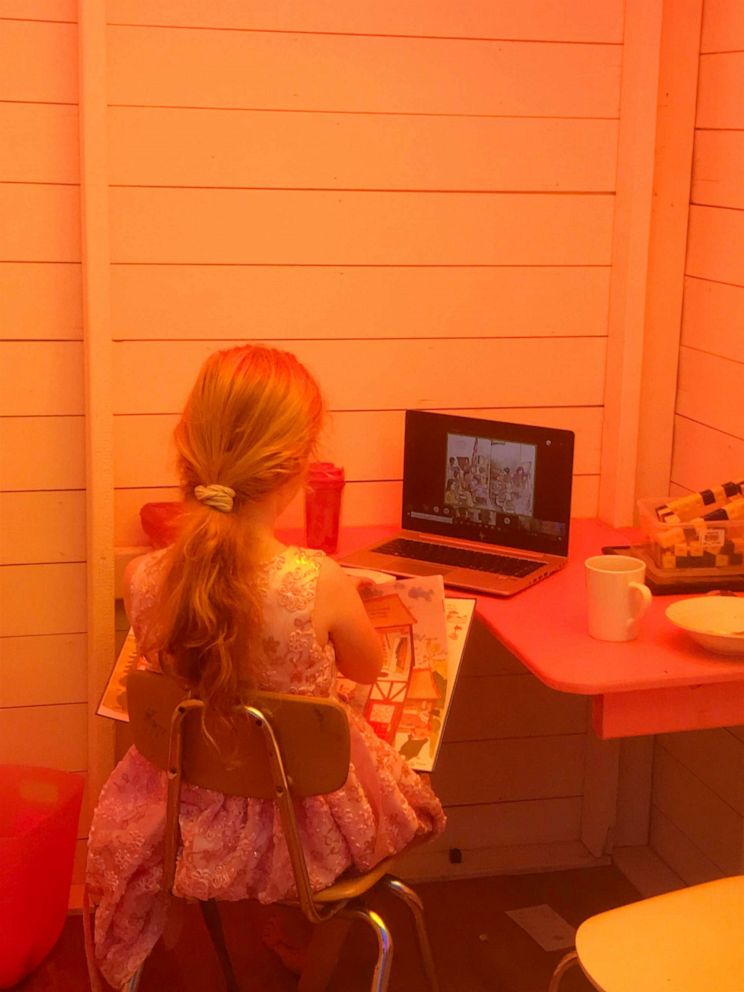 The family worked on the schoolhouse for two months during the summer.

"[Ixel has] been involved from day one," Blandón said. With her kid's work gloves and hammer, Ixel helped carry equipment and paint the inside of the new schoolhouse, which is also used for Ixel's occupational and speech therapy sessions.

Once completed, it was everything Ixel ever wanted. 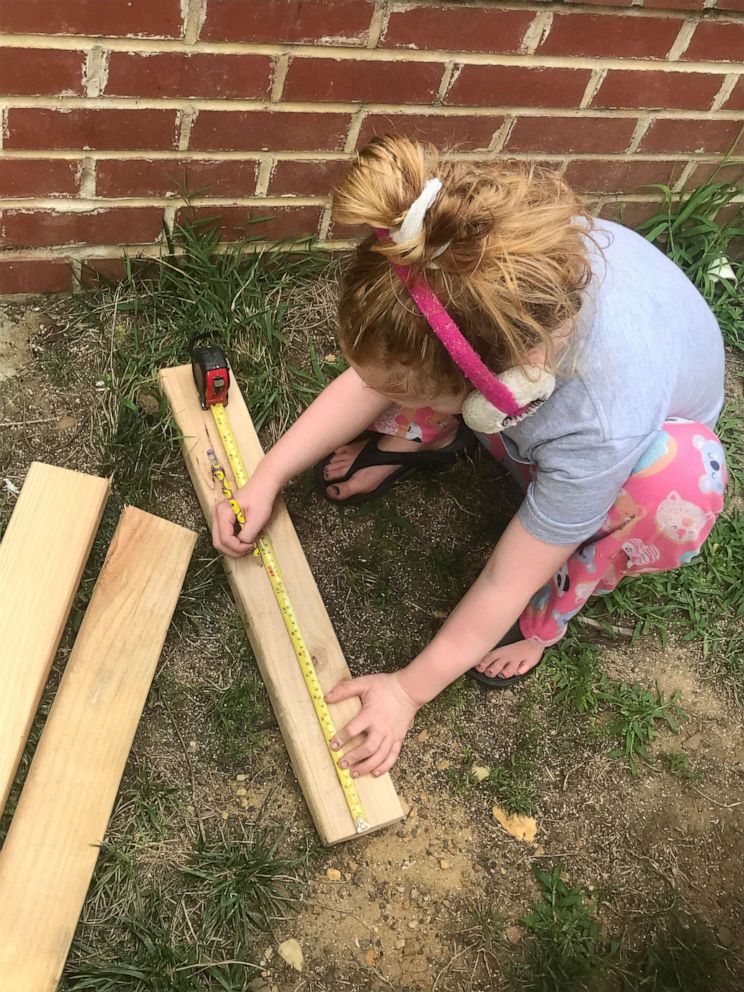 "It was a moment of accomplishment rather than a big reveal," Blandón said.

Thompson-Gaines added, "It is a terrific representation of the McIntire family and the South Arlington community."