Aubrey Garcia, a 7-year-old girl with spina bifida, is running straight into people’s hearts after completing her first track race.

Aubrey’s mom Chelsea Garcia learned that her daughter had a fluid sac on her spine and an enlarged ventricle in her brain when she received her 20-week ultrasound. When the doctor called the next day to tell her and her husband what they had found, the couple didn’t know how to take the news.

(MORE: 'He was so proud': Boy with spina bifida shines as he walks for first time at preschool graduation)

"I had never met anyone with the condition or read anything about it," Garcia said. "You never think you’re going to hear something bad about your child." 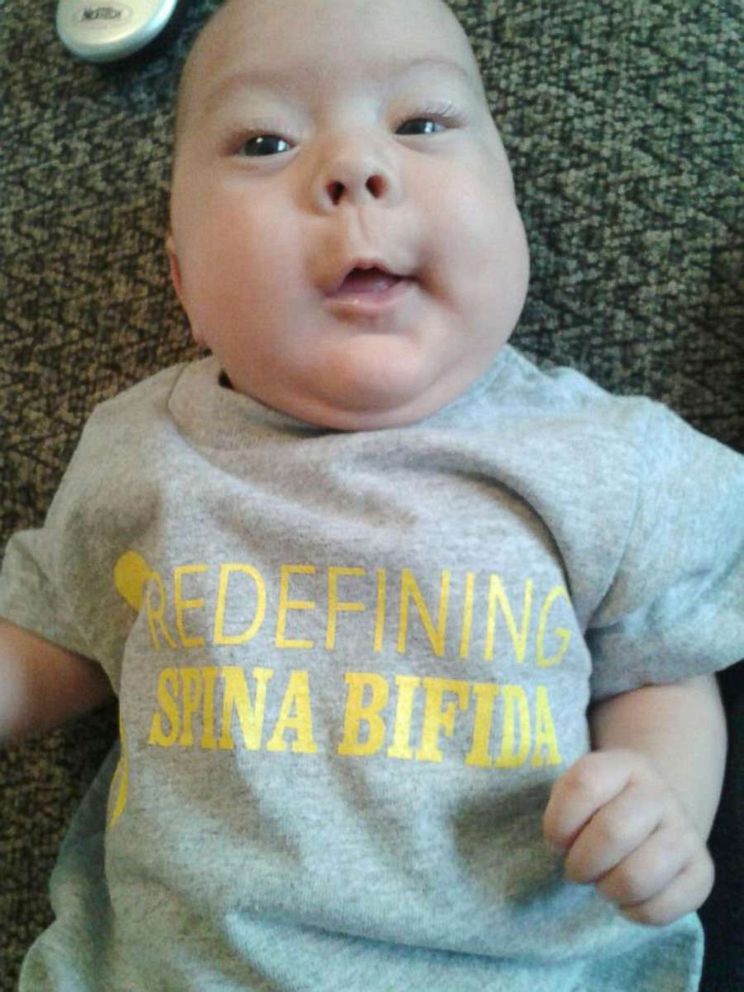 Courtesy Chelsea Garcia
Aubrey Garcia was born with spina bifida and received surgery at one day old to remove her spinal defect.

The day after Aubrey was born she received surgery to remove her spinal defect and insert a shunt to drain the extra spinal fluid into her abdomen. Despite the procedure, the effects of her condition still impact her.

Aubrey has no feeling from the knees down and has worn orthotics on her feet and ankles since she was 3 months old. When learning to walk, she had to teach herself using only her hip and thigh muscles. Because of this, she has relied on the help of mobile prone standers, walkers and therapy to help her walk the majority of her life. After years of hard work, Aubrey began to walk on her own at 6 years old.

(MORE: Toddler with spina bifida warms hearts after showing his dog he can walk)

"Sometimes I’ll suggest using a walker to get around if we’re going to Walmart or a big store like that, but she refuses," Garcia said. "She wants to do it all on her own." 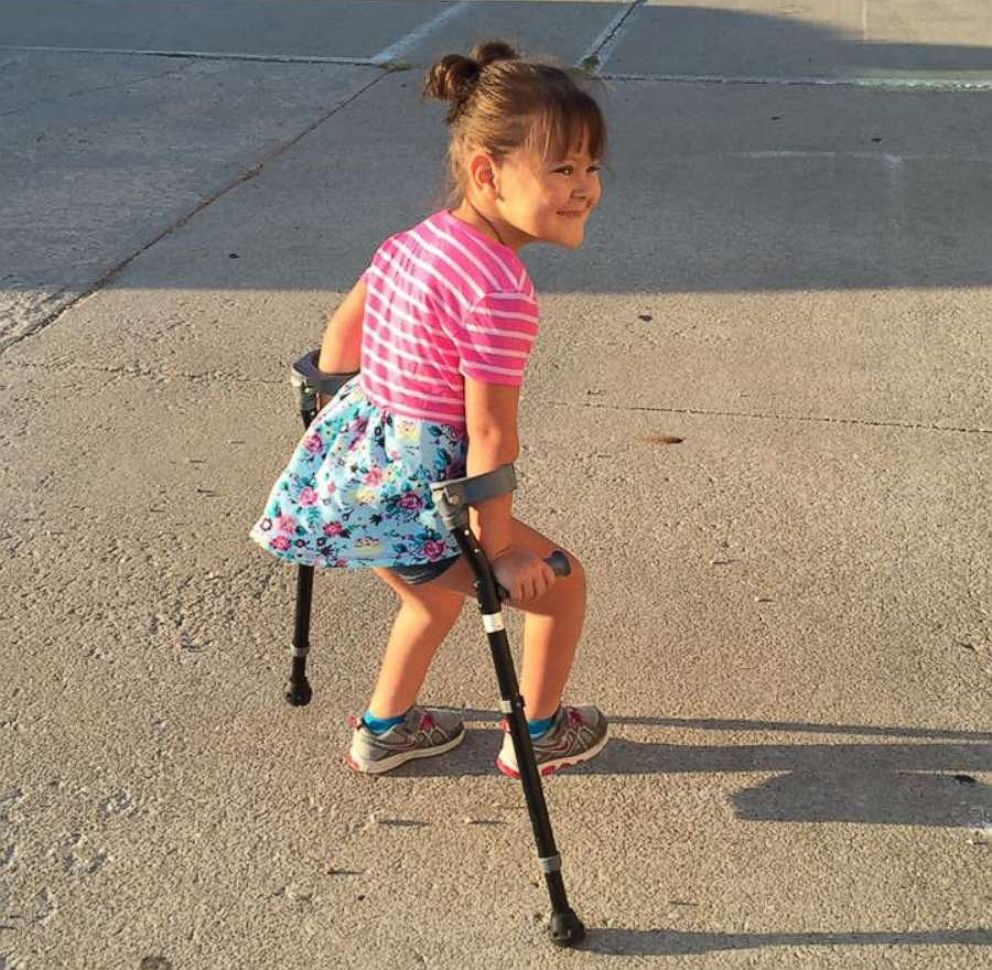 Courtesy Chelsea Garcia
Aubrey transitioned from a wheelchair to crutches, before she was eventually able to walk on her own.
Editor's Picks

Because of Aubrey’s strong will, it came as no surprise when she told her mom that she wanted to run track just like her older sisters. 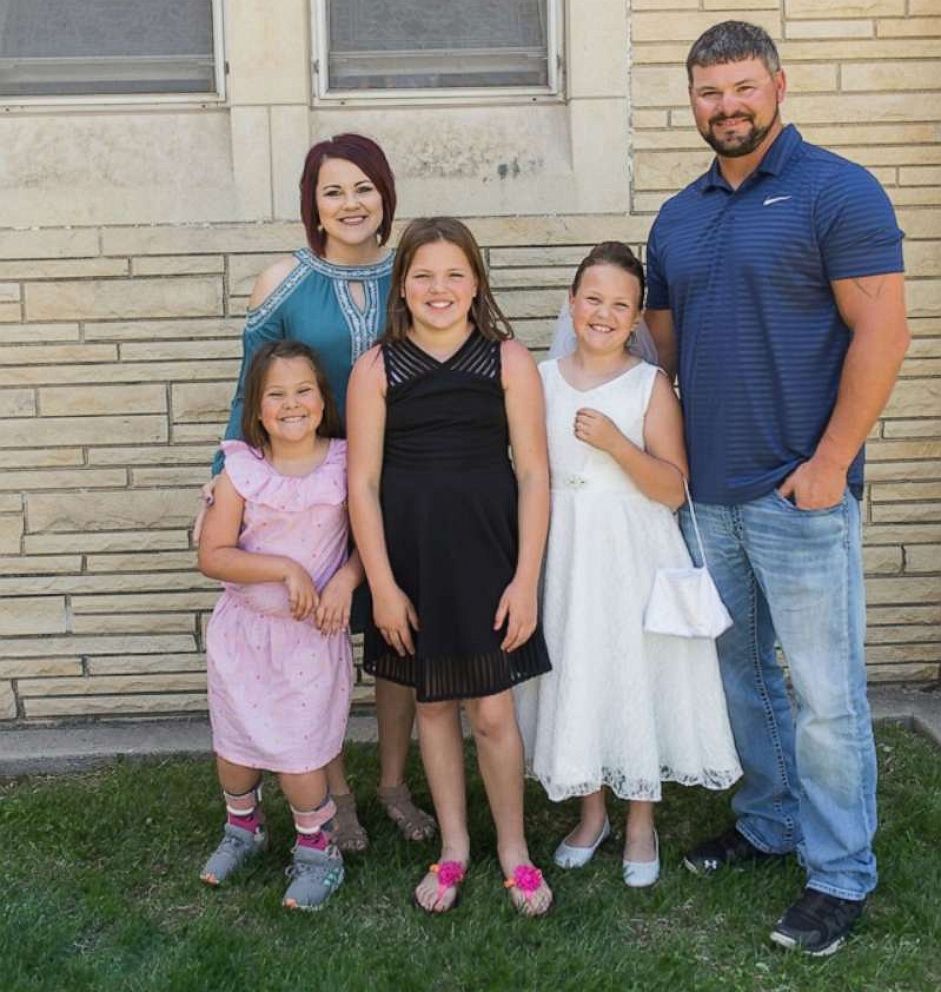 Courtesy Chelsea Garcia
Aubrey and her family, including her two older sisters who motivated her to run track.

"She’s very headstrong and she won’t be stopped from doing anything and she’s not fazed by learning how to do things differently," Garcia said. "She’s never acted like any of this was a problem. It’s just normal, this is her life. She’s never been less than happy."

Garcia entered Aubrey in the "Little Cardinal" track meet, a running competition the town puts on for kids once a year. After months of anticipation and practicing by running down the field with her friends at her sister’s track meets, Aubrey was ready for her big race.

(MORE: 4-year-old girl with spina bifida walks for first time as her friends cheer her on)

Garcia stood with Aubrey by the starting line while her husband waited for her at the end of the lane. When the starting bell sounded, Garcia couldn’t help but get tears in her eyes.

"It’s just one of those moments you can’t help but cry because you thought these were things you were never going to get to see happen," Garcia said. "Yet it wasn’t surprising to see her out there running because that’s just how she is." 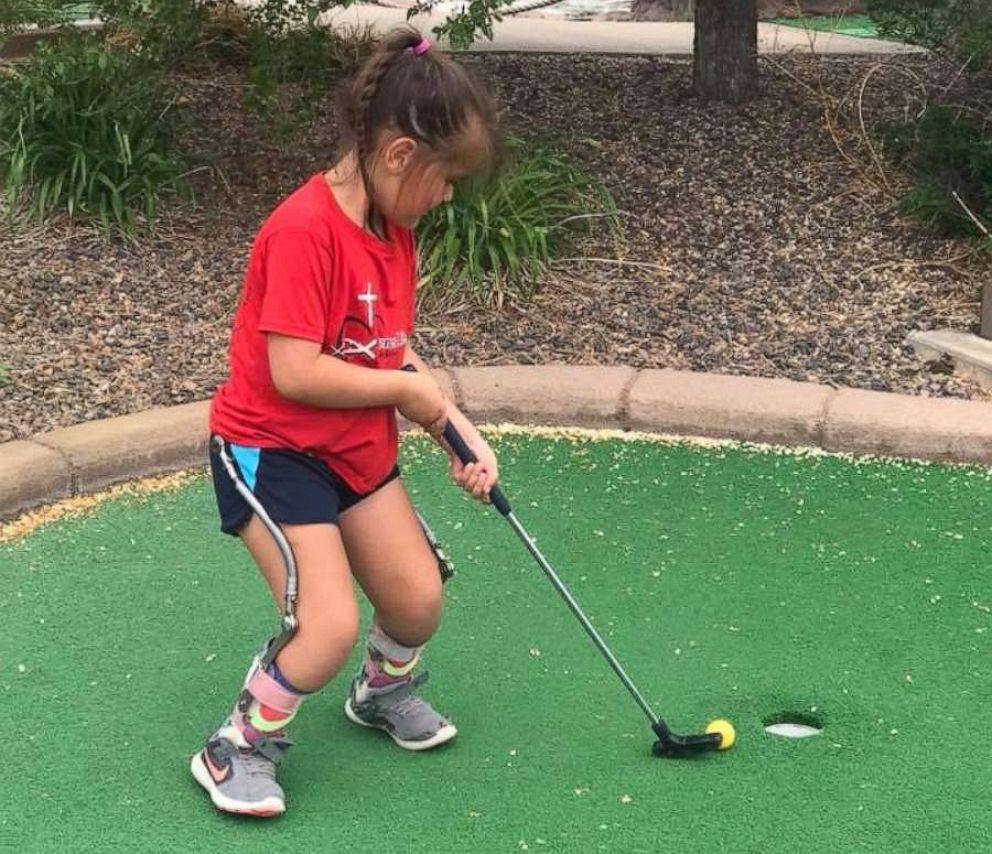 Courtesy Chelsea Garcia
Aubrey's mom says she's "not fazed by learning how to do things differently" than other kids.

Aubrey stumbled before she got to the finish line, and although the other kids she competed against already finished, the crowd made it clear that she was first in their hearts.

(MORE: Toddler with spina bifida will trick-or-treat without crutches this Halloween)

"I couldn’t help but lose it when she began to stumble," Garcia said. "It was amazing to see how many people were clapping and rooting for her to finish."

Garcia said Aubrey was smiling from ear-to-ear when she finished the race. Although 50 meters may not have seemed long to the other kids, Aubrey conquered many hurdles to cross that finish line. 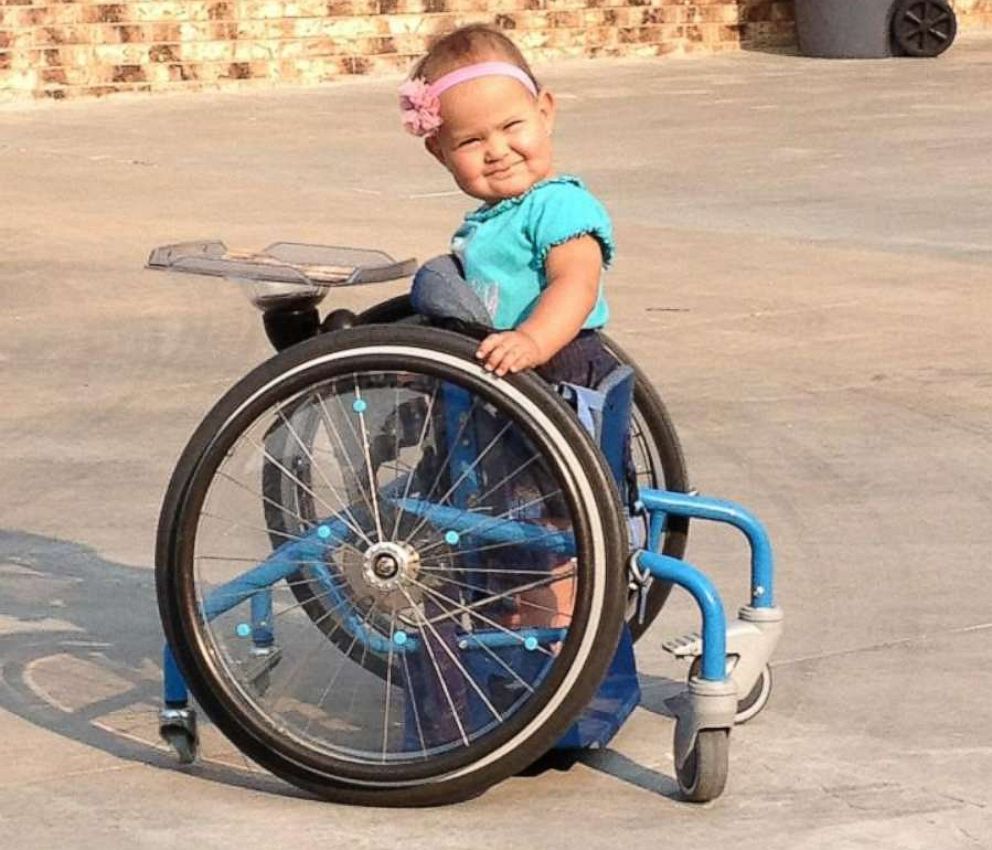 Courtesy Chelsea Garcia
Aubrey Garcia worked with a walker to eventually learn how to walk on her own.

"My husband and I both told her how proud we were of her and how we were so amazed she made it," Garcia said. "To see her do something that you didn’t think she’d ever be able to do, it makes you think about all the other things she’s capable of."

Garcia says Aubrey definitely wants to run in the next track meet and is looking forward to participating in the Special Olympics when she’s old enough.

Congratulations, Aubrey! We’re looking forward to seeing you chase all of your dreams.