A Florida teen is celebrating and sharing her advice for other students after getting accepted to not just one or even 10 colleges, but 72 of them.

Ja'Leaha Thornton of Belle Glade, Florida, told "Good Morning America" that she began applying to 90 colleges and universities in early September 2021 and has since received acceptance letters from 72 schools and counting.

"I know the process of applying could be kind of overwhelming to many, and instead of stressing myself out, I decided to make it a competition … and see how many I can actually get into," the 18-year-old told "GMA." "I wanted to broaden my horizons and explore some different schools outside of my state."

MORE: Florida teen accepted into 27 universities with $4 million in scholarships 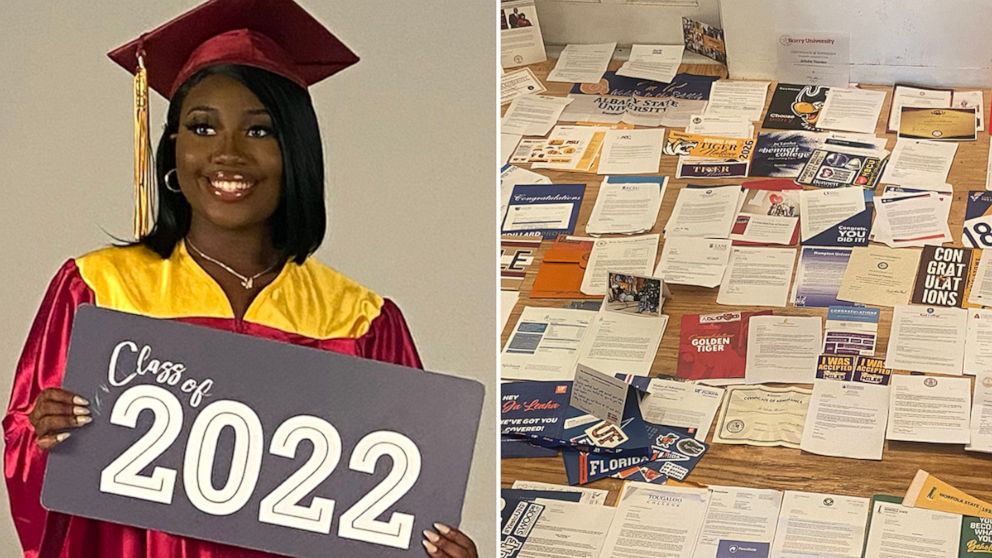 Courtesy Ja'Leaha Thornton
High school senior Ja'Leaha Thornton will graduate from Glades Central Community High School in Belle Glade, Florida, this May. Thornton applied to dozens of colleges and universities and has been accepted into 72 of them.

The teen used the Common Black College Application and the Common App to submit applications to multiple colleges simultaneously.

"At most, I spent $20 because I did the Black Common App and also the Common App, and I was able to use my fee waivers," she said.

Thornton said she was eyeing several colleges and in the beginning, Howard University in Washington, D.C., was her dream school. But in the end, she chose to attend Xavier University of Louisiana, another historically Black university in New Orleans.

MORE: Teen awarded over $1 million in scholarships from 18 colleges

"I was nervous about opening the letter because like, this is one of the top schools, and I already made a mistake with sending the wrong college essay. And when I opened the letter and actually got accepted, I was like, 'Wow, like this is options for me now. I'm not only considering Howard or UF, I have this school and I have options.' So it was very exciting," Thornton recalled.

For other students who are just beginning to embark on their application process, Thornton said they shouldn’t hold themselves back in any way.

"Shoot beyond the sky, because it's a world out there, and it has so much for us to explore, so don't limit ourselves," she said. 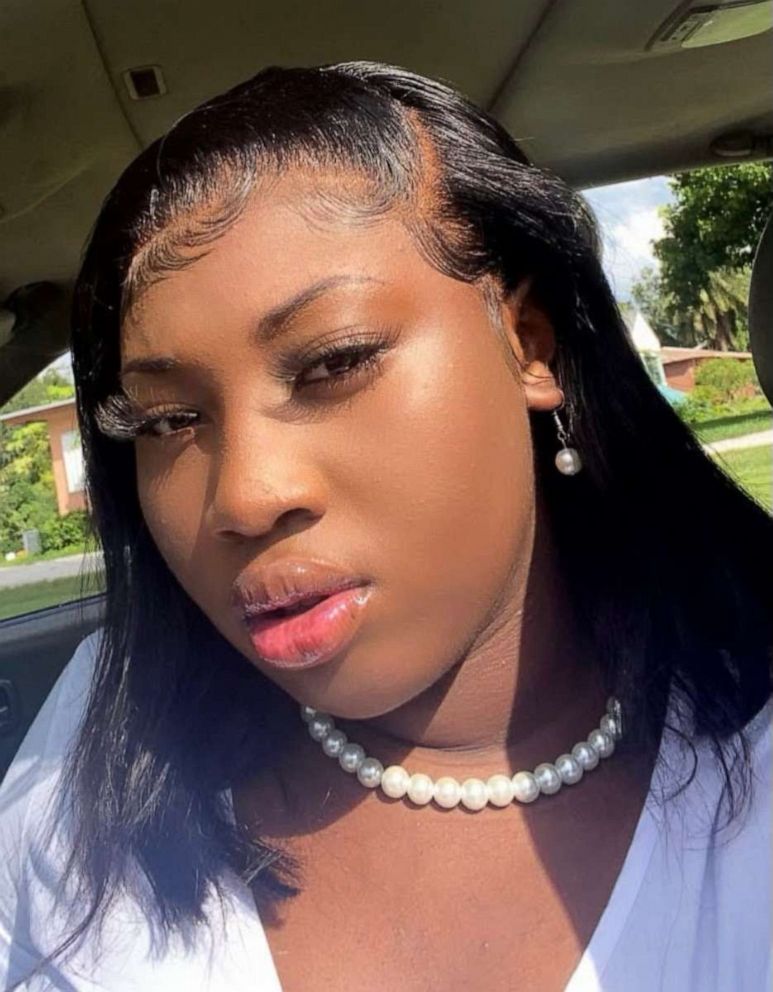 Courtesy Ja'Leaha Thornton
Thornton plans on majoring in psychology and pursuing a pre-medicine track in college.

"Go beyond what's in front of you and don't take advantage of time. Use your resources and your opportunity."

The high school senior at Glades Central Community High School will be her class’s valedictorian when she graduates on May 24 and plans on majoring in pre-medical psychology and minoring in chemistry. She also hopes to study abroad in Asia and go to medical school after college.

Thornton said she’s interested in pursuing a career in forensic psychiatry. "At first, I was looking into becoming a child psychiatrist ... but the more I looked into it, I became more interested in working with the people who have committed crimes and trying to get them back on the right track, studying their stories and seeing how we can apply that to life," she said. 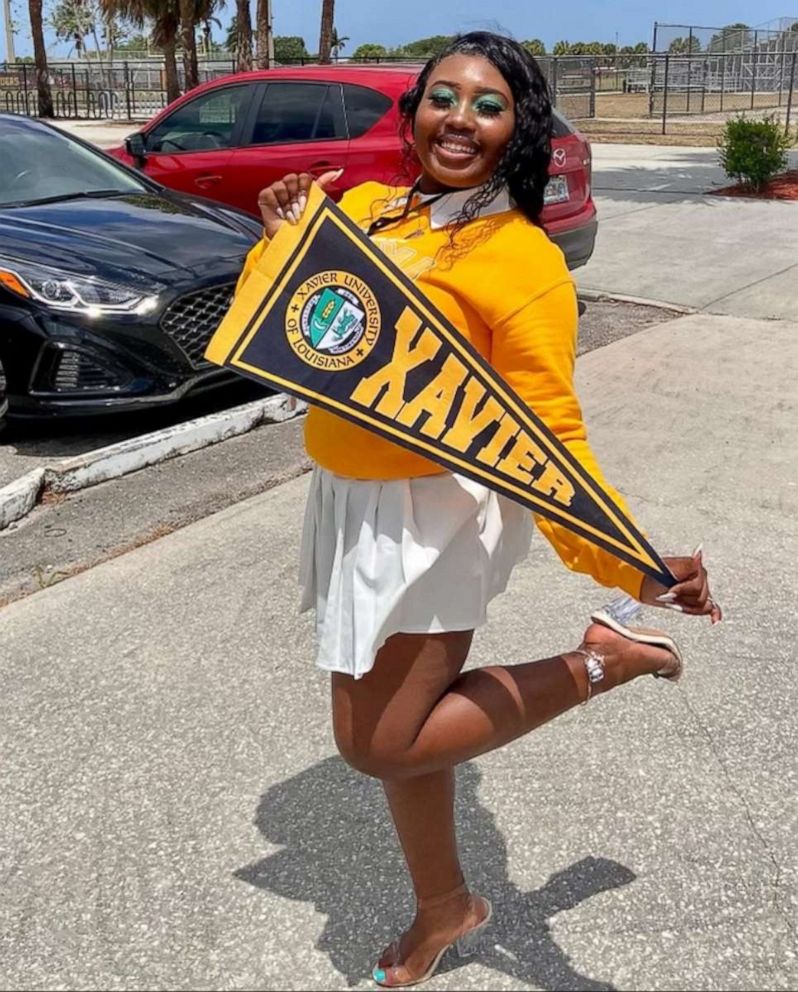 As her high school career winds down, Thornton said she’s grateful for all the support she’s received both in the last four years and throughout her life so far.

"I just wanted to make sure I give special shoutouts to my family, especially my mom, my great grandmother, my grandmother and my uncle. They have been the solid foundation for me. I believe in the saying 'It takes a village to build a child,' and that was my village."

"Also my school family, my guidance counselor, my teachers and my friends. Pretty much everybody that helped me through the journey," she added. "I'm just excited for the next steps of my life."