By Good Morning America
Video by Elisa Tang
Share —
Sign up for our newsletters to get GMA delivered to your inbox every morning!

Parker James, 19, is a social media creator based in Dallas, Texas, who has made a name for himself on TikTok through his family-friendly comedic character "StEvEn." His character is the endearing and curious CEO of the Dino Club, a fictitious club he created for dinosaur lovers. Below James shares in his own words how he went from being an average high schooler to a TikTok powerhouse with over 6 million followers, a talent agent and making a living from creating videos.

When I was younger, I started making funny videos in hopes of making my friends and family laugh. Their reactions always made me so proud and motivated me to continue to come up with new jokes and skits.

However, as I grew older I got more into sports than my previous comedy passions. Unfortunately, while trying out a new trick on my skateboard, I fell on my arm and broke it in three places and had to get two metal plates and 12 screws put in my arm.

At first I was devastated because I had worked so hard to secure my position on the school football team, and now I was being told I could no longer play.

I was thinking. "Are you kidding me?" What I didn't realize at the time was this amazing opportunity was waiting for me. The door was closing on my football career, but a new one was opening and I wouldn't change it for anything! 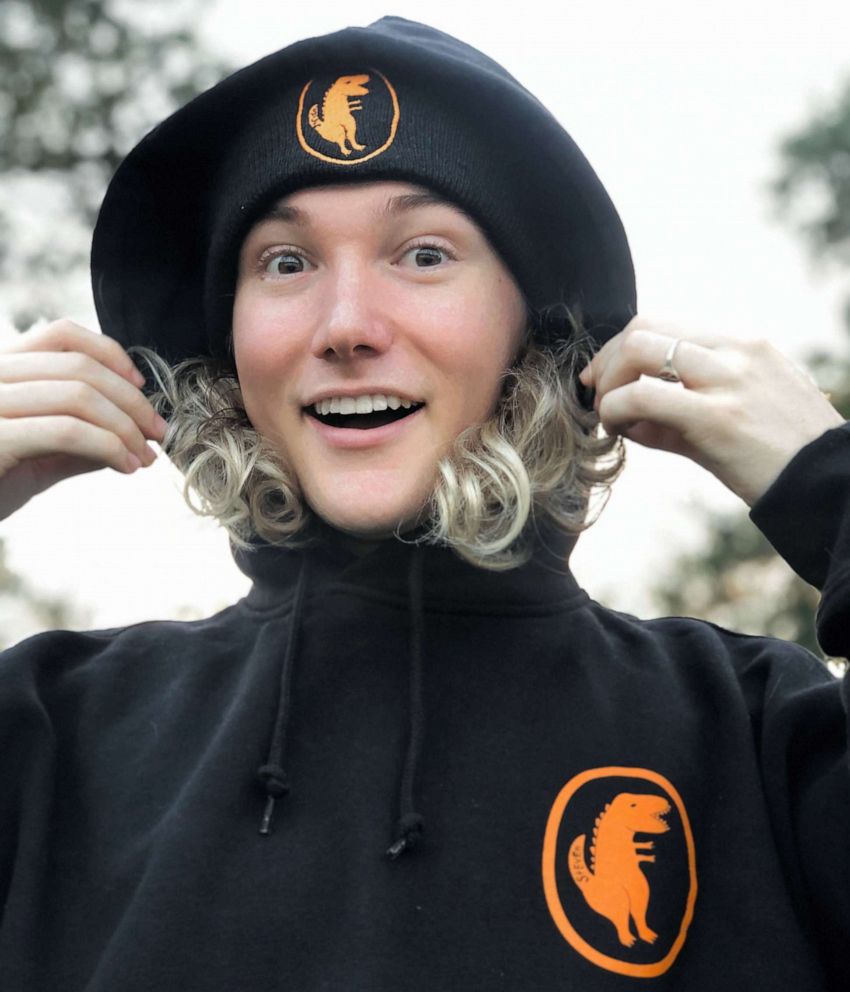 How I got my start

I discovered an app called Musical.ly and created a platform that would eventually turn into my career.

At first I was making videos at 3:00 a.m. in my room just for fun. I didn't expect my account to take off and start growing like it did.

That's when I realized I could make this into something. I began to make this my priority and work on growing, figuring out what people wanted to see.

I saw the importance of connecting with other creators by collabing, going to meet and greets, and constantly watching what the app was doing and staying on top of that. It takes lot of hard work, patience, constantly thinking of new content, staying connected and dedication to make this a career.

♬ I Got the Last Toilet Paper - parker_james

MORE: 6 simple ways to spend summer outside with your kids from an Instagram influencer.

I started posting on Musical.ly, (known as a lipsynch app) as a way to keep busy and was lucky enough to get "Crowned" (their version of verified), which was extremely difficult to get on the platform.

While I did like making lipsyncing videos, that really wasn't my thing so I decided to create sketch comedy with a new character I was developing.

When Musical.ly morphed into TikTok - the app encouraged original content so I was really excited about that because it was right in line with what I was already doing and passionate about!

Through my comedy sketches on TikTok I created my notable character "StEvEn."

"StEvEn" became an extension of myself, a character who had the same curiosity, self-assurance and zest for life. He became popular for his quirky and funny interests and phrases such as "goober" and "Hey bucko"and his famous scream.

My followers enjoy his love of chicken nuggets and cookies and it was actually "StEvEn's" love for dinosaurs that launched my fan community - Dino Club. As my community developed, I made sure that my followers knew they were more so my friends than my fans. I still love engaging with them on my social media pages by liking, commenting and following them, that's super important. In some cases I've been able to send "Happy Birthday" videos to them.

I wouldn't have had these opportunities if it hadn't been for them, and I want my buddies (Dino Club members) to always know how much I appreciate and am thankful for their support. Dino Club members of all ages (babies to grandmas) love the sketches I make with "StEvEn." I love to see their responses and how happy my content makes them - it only makes me want to create more.

MORE: Woman hopes her 'trade me' project will turn her bobby pin into a house.

Turning social media into a business

Soon enough my follower count skyrocketed from one million, to two, to three and four million followers. When I was 18 I was approached by a management company.

By the time Barbara Jones of Outshine Talent reached out to me, I had already done a fair amount of paid campaigns and my mom was helping me manage all the opportunities that were coming my way.

Even though I was getting business, I recognized if I wanted to develop my brand on a larger scale, I needed help.

"I recognized if I wanted to develop my brand on a larger scale, I needed help."

I signed with Barbara's management company Outshine Talent and got connected with my manager Mark Fischer.

What drew me to Outshine was how much the team understood me and my projects, even the ones I haven't launched yet and how I knew they were just as excited about the future of my career as I was.

Soon after, I was super excited that I had the opportunity to sign with United Talent Agency (UTA) and my talent agent Samantha Schoenberg.

Since then, I've been incredibly busy working with a variety of brands. It's exciting to create an organic video that doesn't seem like an ad, but you're letting everyone know how amazing the product is or informing everyone of its importance and it's especially fulfilling to see my followers enjoy the products or services I promote.

In addition to campaigns, I recently launched a new merch line with a California based company called Safety Pin and it's been awesome. I've really enjoyed the creative and promotional process.

MORE: 9 TikTok beauty tutorials to try while you are social distancing amid coronavirus.

I love my social media platforms and I love that I get to work on them as my job.

When I was in high school and began gaining success on social media, I knew this was a field I wanted to work in but was met with a lot of concern.

One time a teacher told me I wouldn't make it as a content creator and that I need to find a real job. Fortunately, I think I've proved her wrong.

"The exciting part about my job is that it is constantly changing."

The exciting part about my job is that it is constantly changing and I find new and exciting ways to be creative online.

What's next for me?

I can't wait to continue building out my "StEvEn" character. Eventually, I would love to see him as a cartoon or a plush toy with my other merch in stores, and even books! Everything is on the table.

In terms of personal future projects, I have a passion for music and ultimately want to put out a record that sees mainstream success. It will be exciting to build out a project like that with such a supportive following (buddies).

I know the Dino Club will have my back through everything I hope to accomplish. Dino Club Forever!