By Katie Kindelan
Video by Alyssa Gregory
Share —
Sign up for our newsletters to get GMA delivered to your inbox every morning!

When Kelly Klein, a kindergarten teacher in Minnesota, first battled stage 3 ovarian cancer five years ago, she had to take off about six months due to her aggressive treatments.

Over the summer, when Klein, 54, was diagnosed with ovarian cancer again, she decided she would do whatever it takes to continue to be able to teach, a career she calls her passion.

"I'm going to make the most of my time," Klein, a mother of two, told "Good Morning America." "I don't take anything for granted."

Klein has taught at Falcon Heights Elementary in Falcon Heights, Minnesota, for the past 32 years. It is the same school she attended as a child.

She told the school principal, Beth Behnke, earlier this year that she wanted to continue teaching for as long as possible while undergoing treatment, and the two figured out a way to make it work.

With the school using remote learning due to the coronavirus pandemic, Klein has made the facility where she receives chemotherapy, M Health Fairview Lakes Medical Center in Wyoming, Minnesota, her temporary classroom. 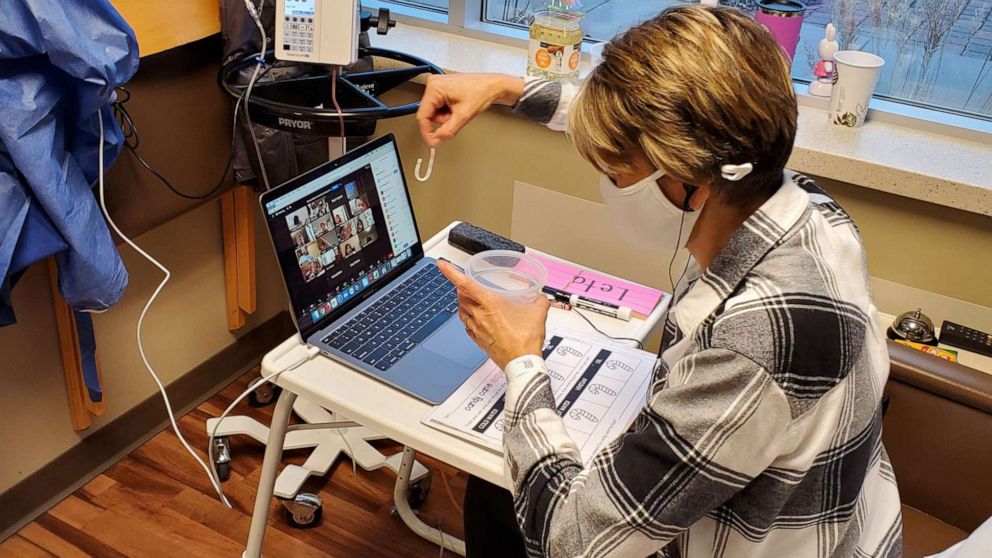 One day each month, when Klein goes in for the nearly five-hour chemo treatment, she brings her laptop and supplies and teaches her class of 5- and 6-year-old students.

"Teaching 5-year-olds I always say is like going to Disney World. Everything is exciting and they're so excited about everything that it gets me excited," said Klein. "When you're at chemo and you're around a lot of sick people, it's kind of a depressing place to be. For me, to be around 5-year-olds during that time, it's like a slice of normalcy in an abnormal environment."

Behnke said she has received no complaints from the parents of the students in Klein's class about the unique setup. Instead, she has continued to receive praise for Klein and the way she is leading her students even while battling cancer.

"She's a very beloved teacher and she deserves it because she's the type of teacher who shows up every year," Behnke said of Klein. "And what she's doing is part of living in our world, just helping kids manage through lots of situational things that don't have to define us but are part of our lived experience." 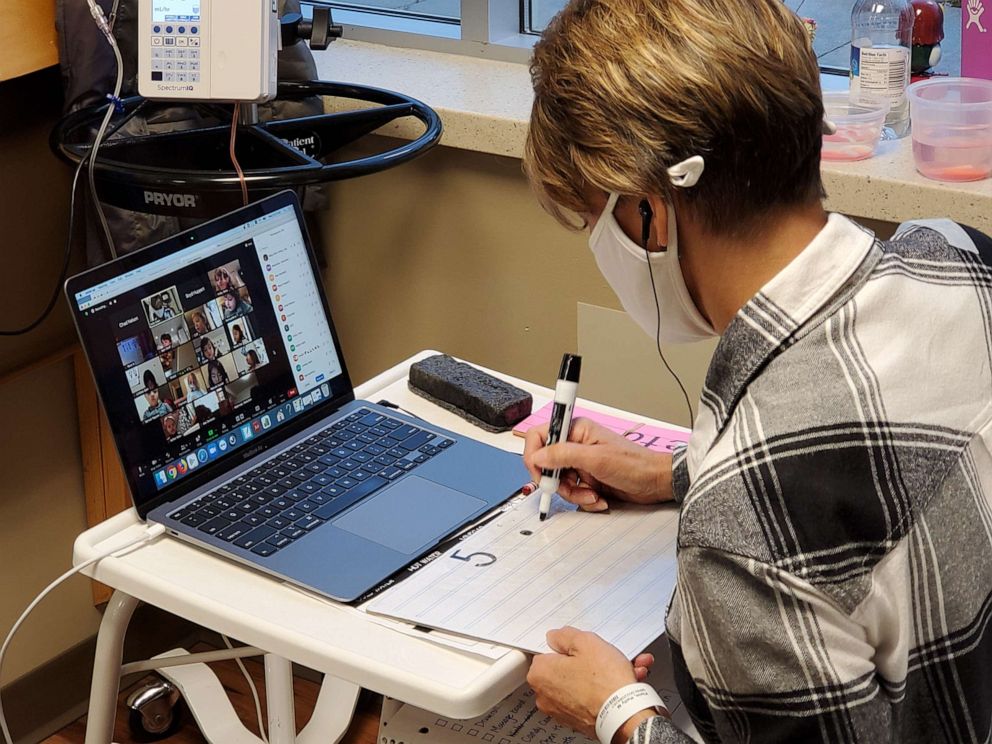 Behnke said she was "not surprised at all" when Klein approached her after her cancer diagnosis, and said to the principal, "Please don't make me take a leave." Behnke added, "I was not surprised because of who she is as a person and what teaching means to her. It's her tapestry."

For Klein, being able to be with her students during her chemotherapy treatments has been especially important because she is not allowed to have any in-person visitors by her side due to COVID-19 restrictions. She described teaching as the "bright spot" in her days.

Klein said that through her second cancer battle, she is choosing to surround herself with what she calls her "three F's: Family, 5-year-olds and friends," adding she has learned to "spend your time with those that lift you up, those who are positive." 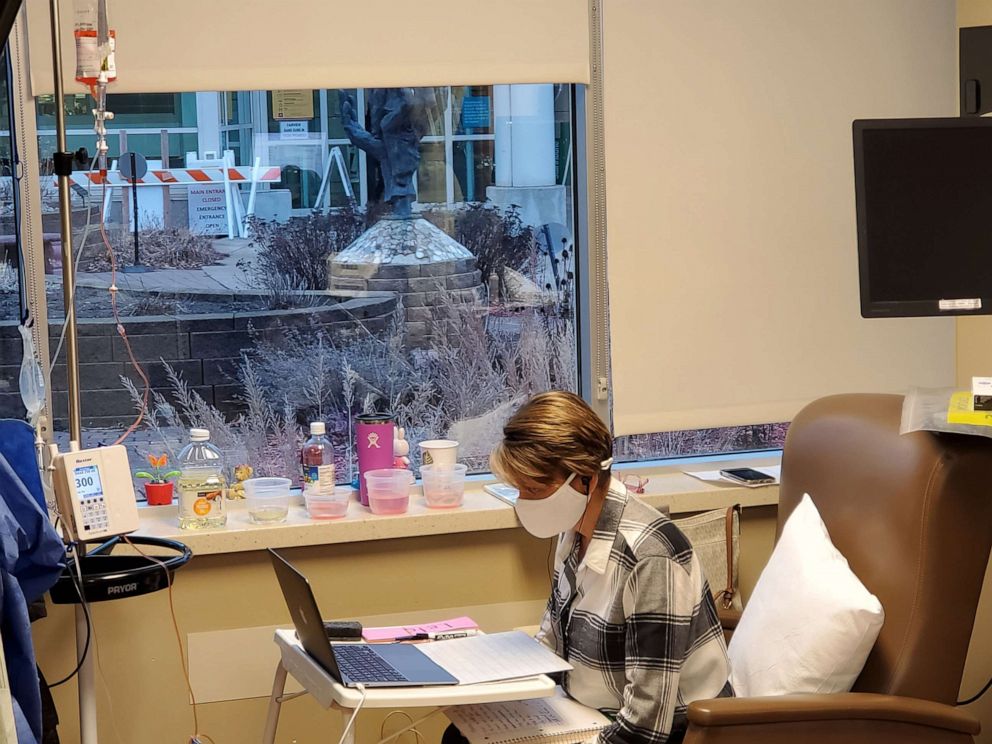 Throughout her three-decade teaching career, Klein has taught hundreds of students, many of whom are now reaching back out to their kindergarten teacher, some of them with kindergarten students of their own.