Madam. C.J. Walker, the first woman to become a self-made millionaire in the U.S., is the latest figure to be honored with her own Barbie doll in Mattel's Inspiring Women line.

Walker, the daughter of former slaves, was born in Louisiana in 1867 and later became a successful entrepreneur who founded Walker Manufacturing Co., a manufacturing company that created hair care products and cosmetics designed for Black women. She employed thousands of Black women at her company, and after building her beauty empire, went on to become a prominent activist and philanthropist, supporting orphanages and Black colleges, and advocating for civil rights organizations and women's rights.

In 2001, A'Lelia Bundles, Walker's great-great-granddaughter and official biographer, authored a book about Walker, which served as the nonfiction inspiration for "Self Made," the fictionalized Netflix series starring Octavia Spencer. Bundles is also the brand historian for MADAM by Madam C. J. Walker, a line of hair care products inspired by her great-great-grandmother, as well as the founder of the Madam Walker Family Archives.

Mattel first approached Bundles in October 2021 about designing a doll honoring her great-great-grandmother. Throughout the design and ideation process, Bundles said she was invited to share images of Walker and her beauty product containers, offering feedback on designs. She said Mattel even sent her a box of doll head prototypes with different facial features and hair textures for Bundles to rank.

"We were able to really combine the knowledge that I've developed as Madam Walker's biographer, with their incredible knowledge of marketing and telling a story through a doll," Bundles told ABC News. 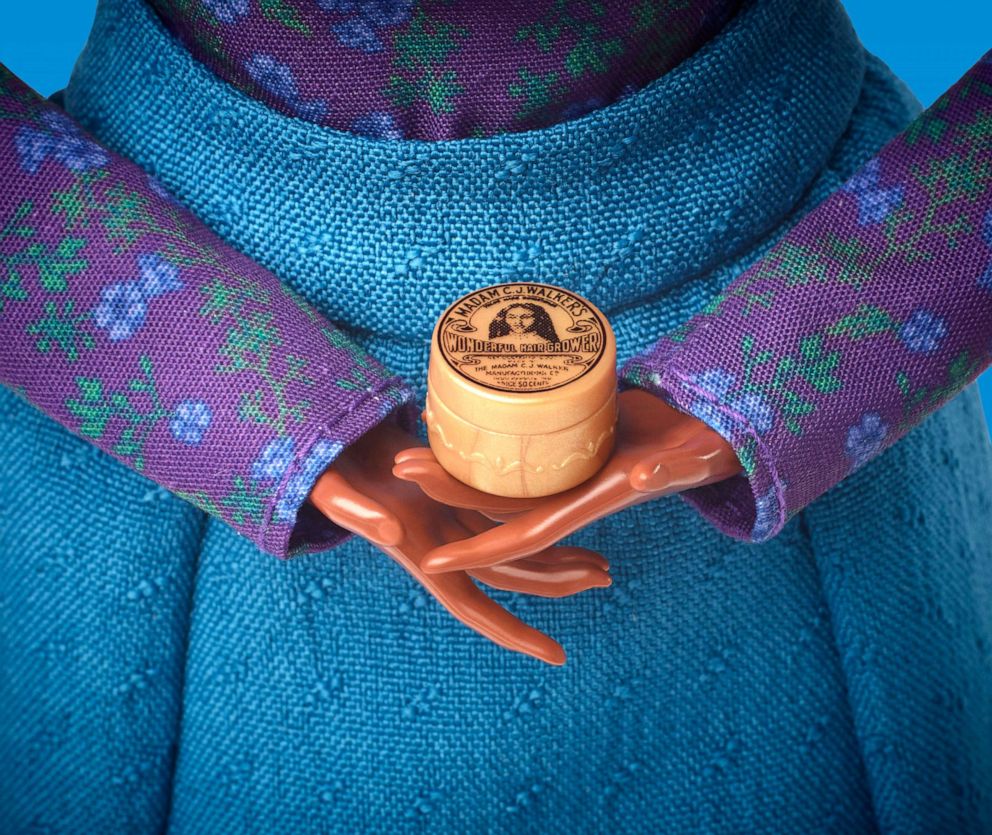 The finalized version of the Walker doll is dressed in a purple floral printed blouse paired with a full-length turquoise skirt -- Bundles said the color scheme was based on Walker's stationery -- and is holding a miniature replica of Walker's original Wonderful Hair Grower product, an ointment that helped with many scalp issues. The doll's packaging features a historical photo of Walker's Villa Lewaro mansion in Irvington, New York, which served as a gathering place for notable figures during the Harlem Renaissance, such as W. E. B. Dubois and Langston Hughes.

Bundles described seeing the completed Barbie doll of her great-great-grandmother as a "full circle moment."

"When I was 3 years old, my mother bought me a Black doll, and this was in the 1950s, so this was really unusual," she said. "It was very hard to find Black dolls, but my mother understood the importance of me being able to see myself in a doll."

Barbie first launched the Inspiring Women Series in 2018, dedicating the collection to honoring historical and present-day role models and trailblazers who paved the way for generations of girls.

The series has paid tribute to a diverse lineup of women including Dr. Jane Goodall, Ida B. Wells, Helen Keller, Amelia Earhart and more. 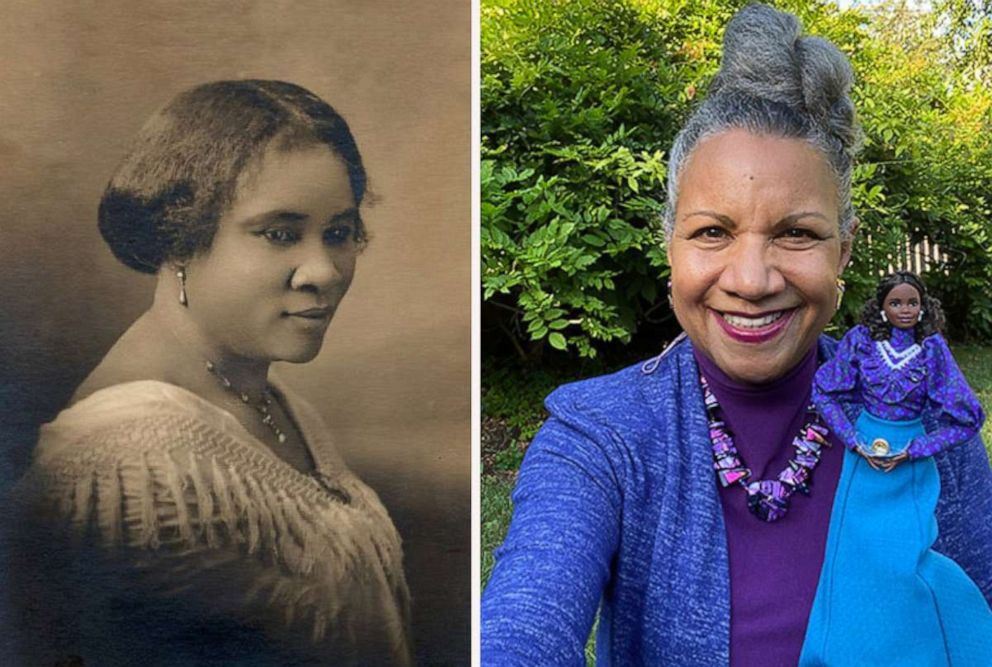 "We're honored to welcome her into this group of trailblazing women and introduce more kids to her journey of becoming one of the nation's first widely successful female founders," she said in a statement.

The Madam C.J. Walker doll sold out on Amazon and Mattel within a few days of its Aug. 24 release, garnering positive feedback from adults and children alike, according to Bundles.

Bundles said she hoped the doll would not only inspire children to break barriers like Walker did but also to teach them about "real life people who had very interesting, substantial, significant lives" rarely captured in school curricula.