A Georgia teacher is on a mission to inspire both her young students and her followers online.

Known by her students as Miss P., Anyunna Phillips strives to instill confidence and build up her kindergartners at Barack H. Obama Elementary Magnet School of Technology in Atlanta. She also shares snippets of her classroom life with tens of thousands of followers through her @cool.missp Instagram account.

Among her popular posts are affirmation videos with her students. One video post with more than 20,000 likes features several of her kindergarteners walking up to a mirror in their classroom and proudly reciting affirmations such as "I'm strong!" and "I'm not afraid of anything!" 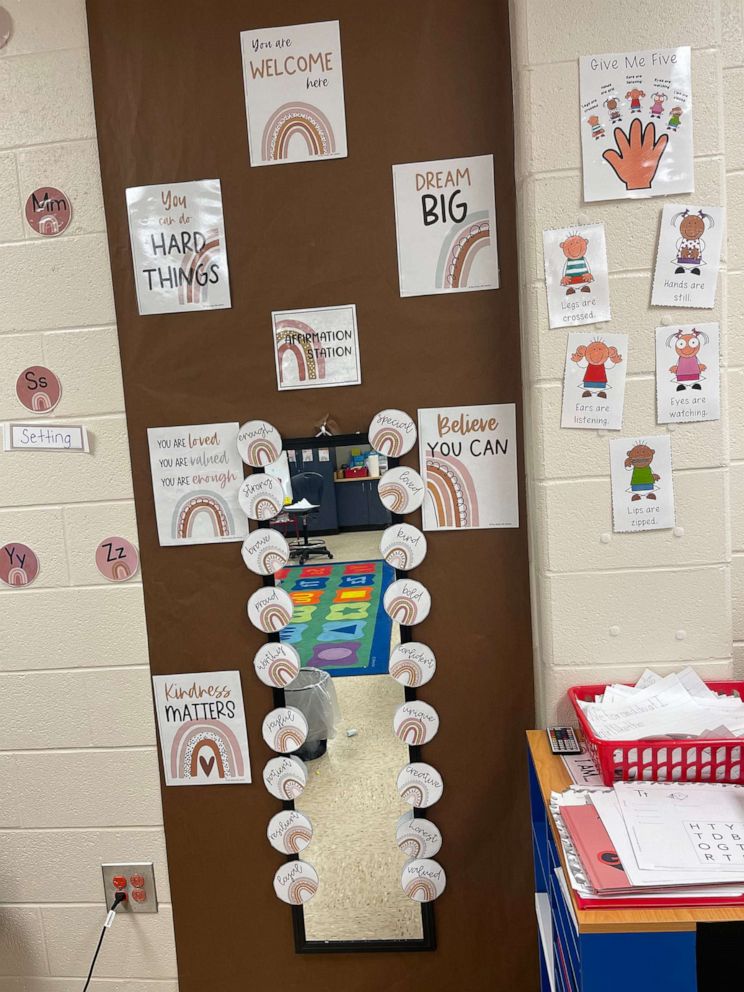 Courtesy Anyunna Phillips
Phillips keeps a mirror in her classroom that is decorated with words of encouragement. She encourages students to use the mirror as a positivity tool.
MORE: Sweet pencil affirmations are the simple, loving hack parents need
Editor's Picks

"I want them to feel empowered and to know that they can do anything," Phillips told "Good Morning America."

Phillips is a passionate teacher who has been teaching for the last seven years and first turned to education to make a difference. 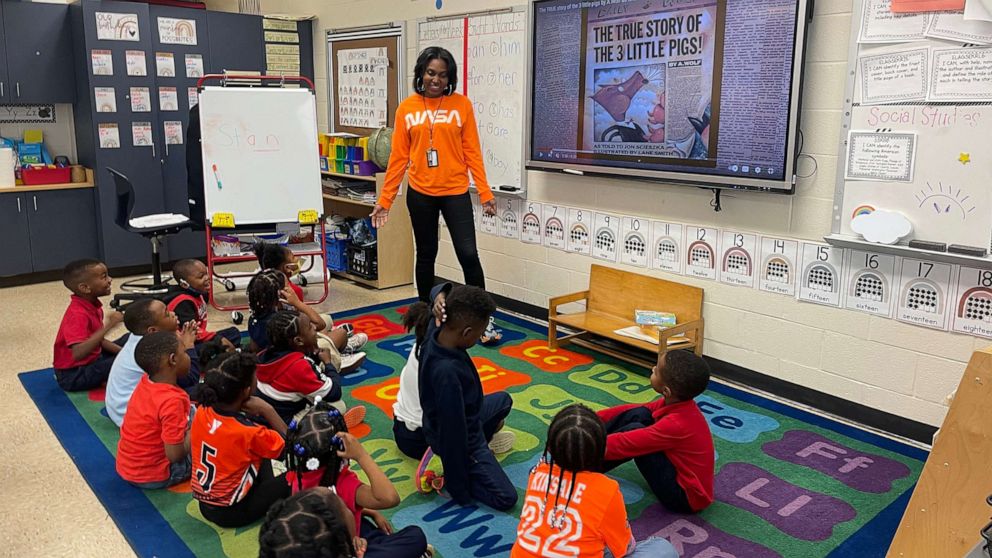 "I want my kids, my students to really learn how to be good people in this world," she said of her goal as an educator. "I really want to build them up, build up that confidence, that self-belief, self-love. Those are all the things that I'm pretty big on."

The students' top five affirmations, according to Phillips, include "I'm loved," "I can do anything," "I'm strong," "I'm brave" and "I'm special."

MORE: This mom's daily affirmations with her 3-year-old daughter will inspire you

For Phillips and her students, she said, reciting affirmations "sets the tone for the day." Throughout the rest of the school day, she makes it a point to remind the kids of what they said to themselves earlier that morning.

"It doesn't just end here at the mirror," Phillips said. "I remind them of those affirmations." 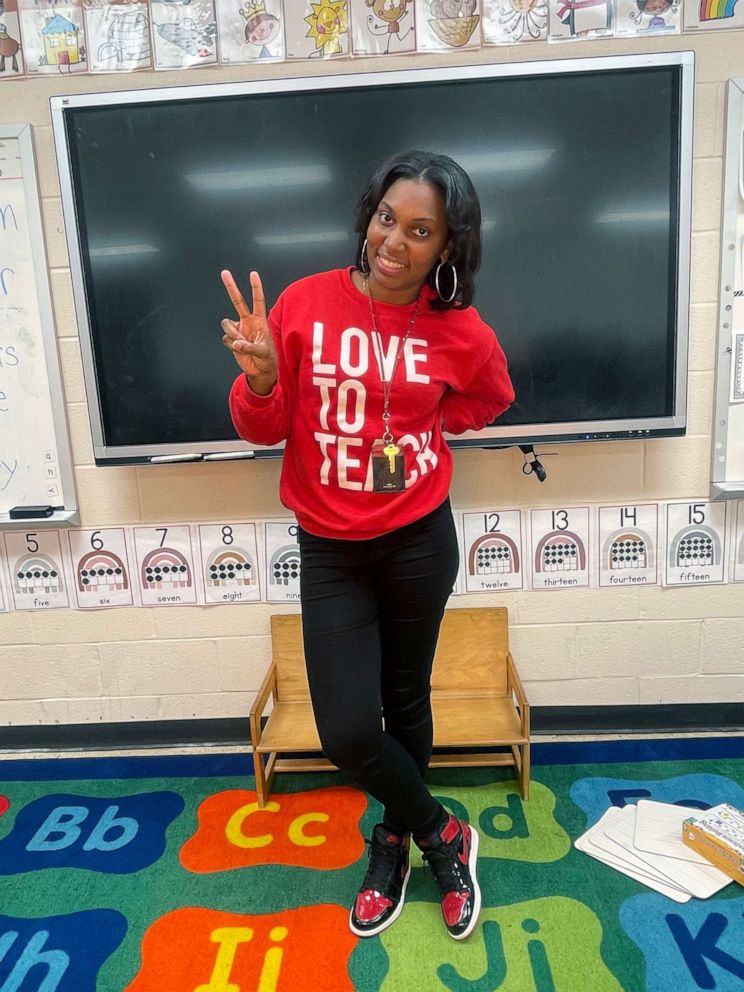 Courtesy Anyunna Phillips
Phillips told "GMA" she loves to teach and also loves to share her passion on Instagram to help other teachers as well.

"It gives them that spark and they light right back up, like, 'I can do anything,' " she said.

Phillips said she's noticed the affirmations and the friendly reminders not only boost her students' moods but also their overall mental health and social and emotional learning.

"It resonates with you even more when you say it to the mirror," Phillips explained. "So I tell them, 'Go to the mirror and tell yourself something good.' And they go, they do it … and it is working for them. I can see the growth. I can see the development each day."

As for the ripple effects, she said she's felt the impact of those affirmations herself, saying it's a positive practice she encourages fellow teachers and adults to try for themselves. 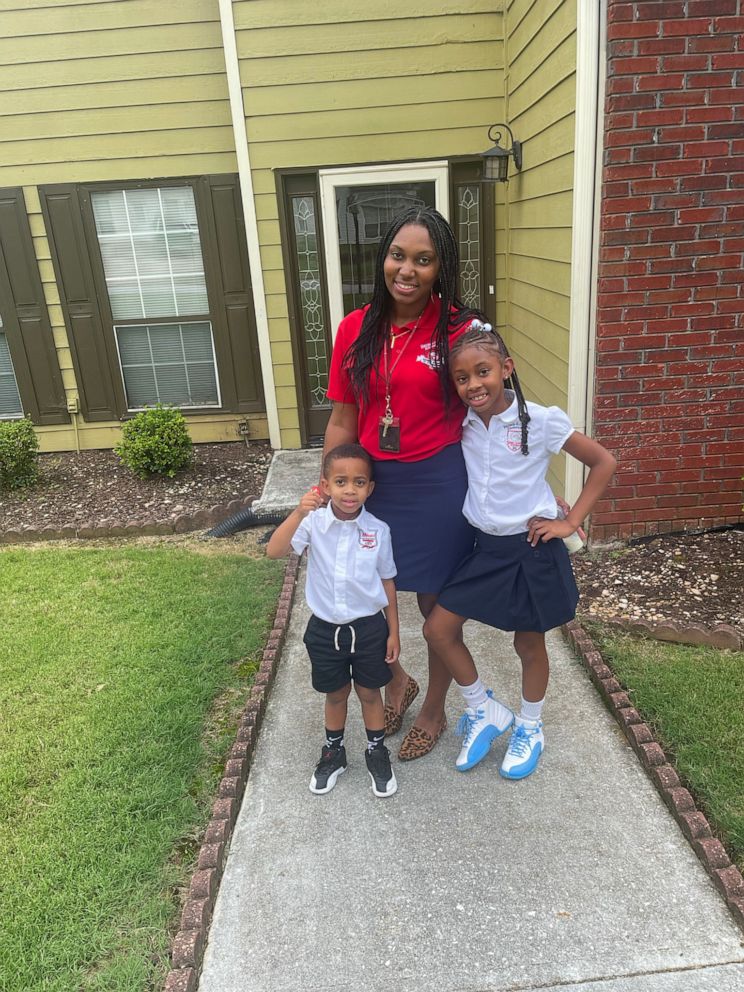 Courtesy Anyunna Phillips
In addition to being a teacher, Phillips is also a mom to a daughter and two sons. Her kids range in age from 1 to 7.

"The response on Instagram has been overwhelming. It's been amazing," Phillips said. "So many people are sending so many positive messages or they're sharing their own stories … and they have said I've inspired them to just keep going and keep trying."

Phillips told "GMA" she's also been overwhelmed by the responses she's received from sharing her posts on social media.

"What keeps me going for posting is the fact that I get so much feedback of how I'm helping other teachers and things of that nature," Phillips said. "If my posts can help anyone or inspire anyone, I'll post."

"I can't believe I'm in a position to really share with the world and kind of be a positive light for the world," she added.