Madelyn McClarey has been a mom on a mission for the past 25 years.

She moved from New York to Florida to give her three sons -- twins Aubrey and Aaron, 22, and Blake, 25 -- a better life and then raised them as a single mom after she got divorced when they were very young.

This month, McClarey, who gave her age as "40-something," earned her B.A. from Florida A&M University in Tallahassee, Florida, the same school her sons attend. 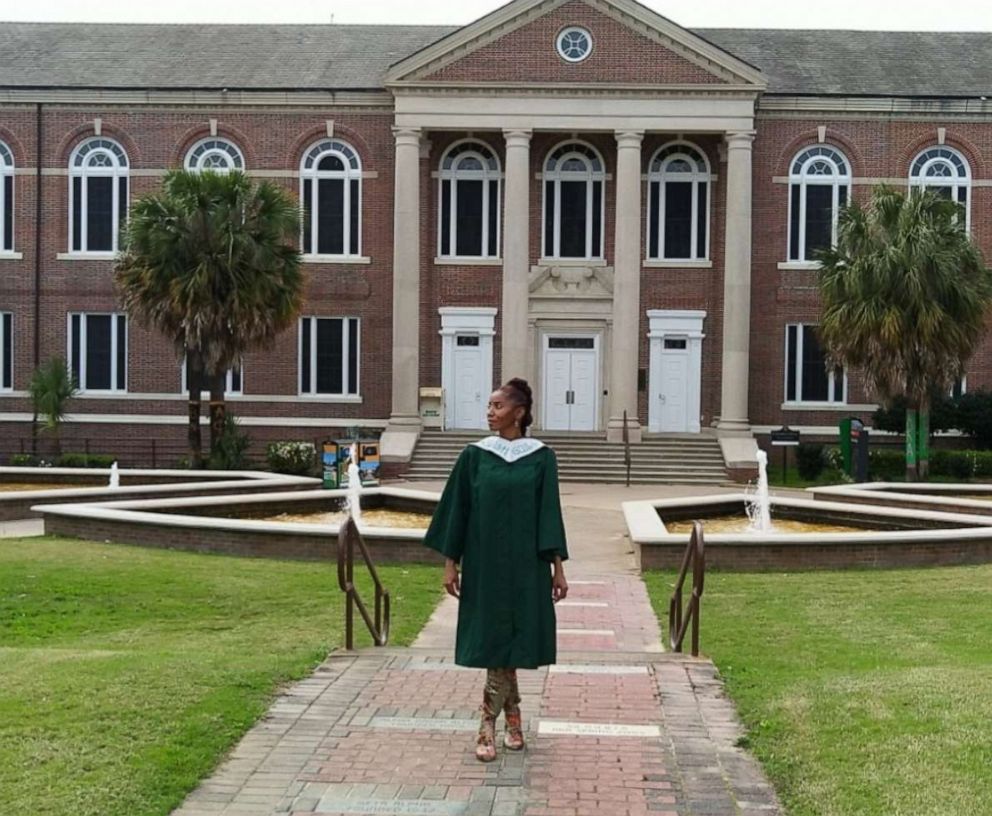 Courtesy Blake Hough
Madelyn McClarey received her degree from Florida A&M University after her twin sons convinced her to attend.

McClarey moved from South Florida to Tallahassee in 2014 when her twin sons said they were not going to college without her. She then turned that move into an opportunity to teach her sons about achieving their dreams.

"They grew up in a working-class household, and I taught them a lot about currency not being money, but being intelligence and being virtue," McClarey said. "I feel like I really did, to the best of my ability, put them first and teach them to never give up."

McClarey's journey to attending college with her sons began when Aubrey and Aaron earned scholarships to be part of Florida A&M's prestigious marching band. When the boys were younger, McClarey stopped pursuing her college studies because it was too much to handle between a full-time job and being a single mom.

Her sons decided they wanted their mom to get her college degree along with them. 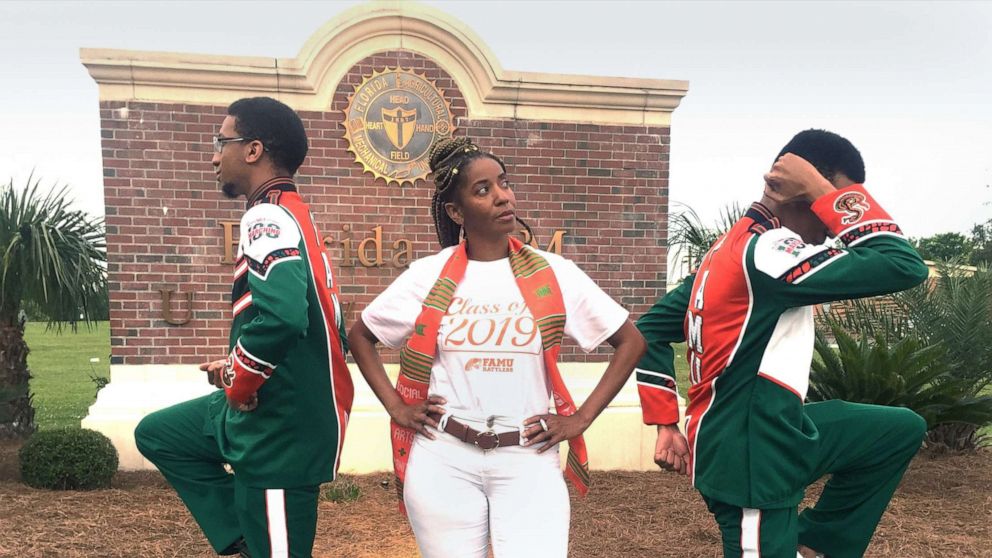 "They were like, 'We're not going unless you're coming,'" she recalled. "I was shocked but they were very serious."

McClarey said her instinct was to have her twin sons go to college on their own, but they persisted. She moved to Tallahassee at the same time they did and moved in with her older son, Blake, who was also attending college there.

(MORE: Mom who skipped her own college graduation to attend son's surprised with a degree)
Editor's Picks

She worked while getting her associate's degree at Tallahassee Community College and then started at Florida A&M full time in 2016.

McClarey and her sons never had classes together and maintained separate lives -- Aubrey and Aaron live together in the dorms and stay busy with marching band -- but her presence alone was motivation enough for her sons.

"We already knew that we had to do what we committed to doing, but once we knew that she was up here making sure that she got her degree, it was like we have to make sure that we get ours then, as her sons," said Aaron, a music major who will graduate next fall.

(MORE: This Alabama teacher made a remix of 'Old Town Road' to help with her students' test-taking anxiety)

"It was comforting to have somebody there that you knew was there and would look for you and have your interests at heart," Aubrey added.

McClarey not only attended college, but excelled. She held internships and joined the National Council of Negro Women, Phi Delta Kappa, a professional organization for educators and served as president of the university's English Guild.

"What I found most inspiring about her story is that she didn't just make it about her sons," said Kajsa Henry, assistant professor of English at Florida A&M and adviser for the English Guild. "She could have just moved here and supported them but she also saw that it was an opportunity for her to achieve something more for herself."

Blake Hough, who will attend Florida A&M in the fall, said he is most proud of his mom for "having the drive to finish what she started."

"We managed to get through a lot of a family and most of it was because of her really sticking to it," he said. "I'm glad that we ended up coming to a moment now to reflect on that." 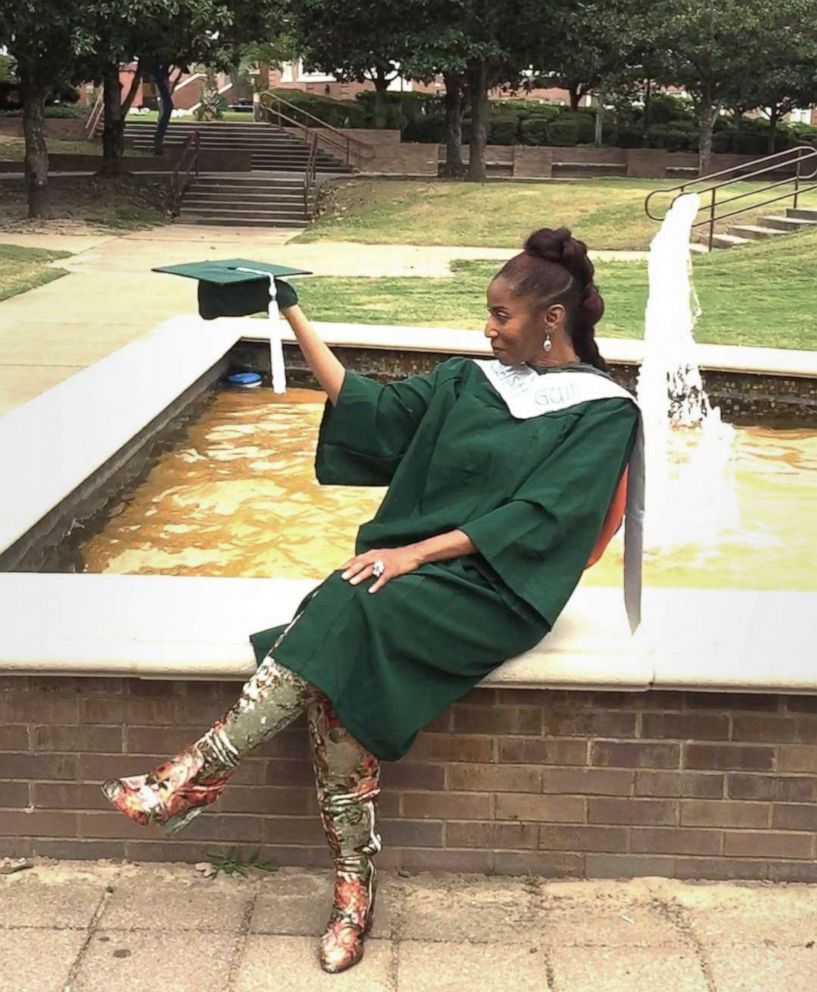 Aubrey, who will graduate in the fall with a degree in music industry, said his mom's decision to move to Tallahassee didn't surprise him because it's the same thing she's done for her sons all their lives.

"Growing up, she was really good with being around and being involved with us," he said. "She made sure we got the best out of every situation we were in. It doesn't really surprise me because that's what she's been doing our whole lives."

McClarey plans to stay in Tallahassee and pursue her graduate degree at her alma mater, Florida A&M. She will be close by her sons as she roots on each of them to become college graduates too.

"I taught them to take turns," she said. "When we know that one person is close, push that person and then we just push the next person. That's just sort of how we do things."