It's rare for medical illustrations to go viral. But last week, some of those drawings were being shared across social media because they feature Black people, something that's fairly uncommon in medical imagery.

The illustrator is Chidiebere Ibe, a 25-year-old aspiring neurosurgeon. One of his illustrations, depicting a pregnant Black woman and her fetus, has received more than 97,000 likes on Instagram.

"I'm a self-taught medical illustrator, and I realized that most drawings were not on Black-skin," Ibe, who is Nigerian, told ABC News in an interview. "And it became a very big challenge for me."

"When I was drawing something to represent all these key conditions, I needed to have a reference point, and it became very difficult for me, because I could not [find them]," he added. 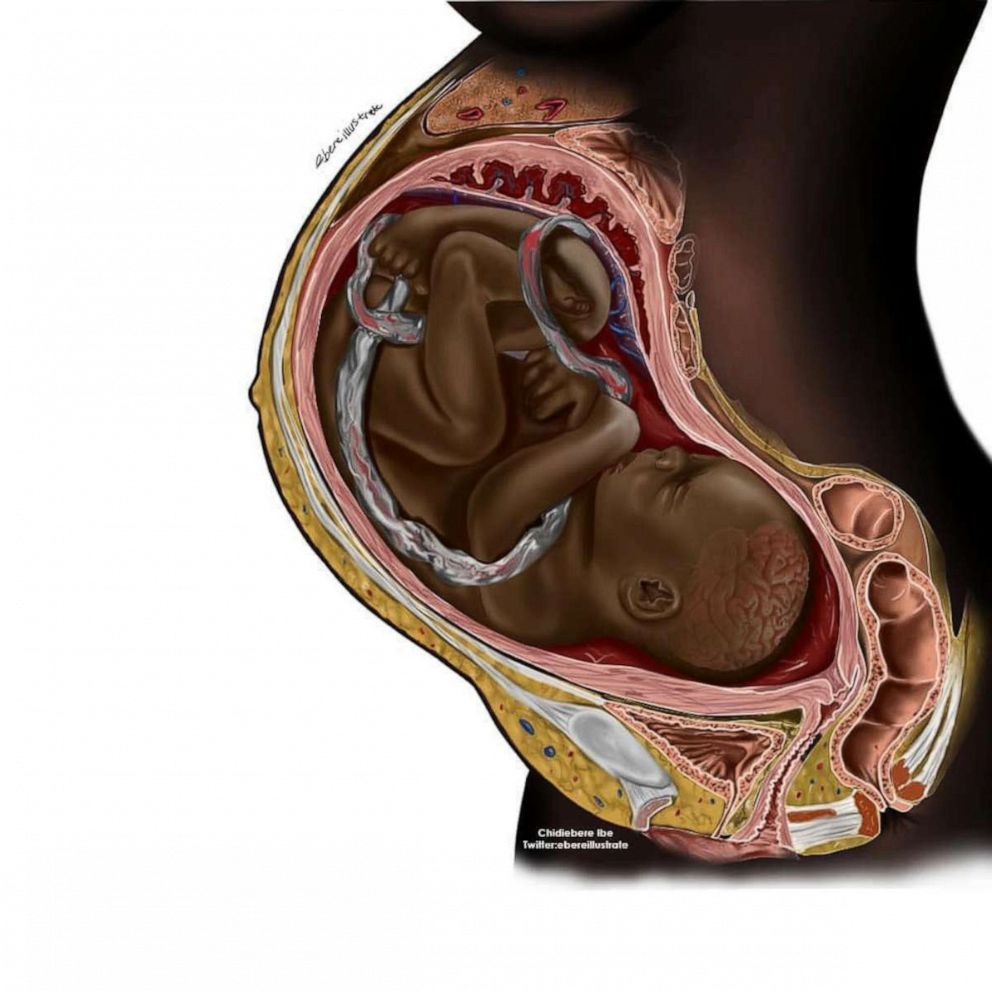 "It's now went from being a passion to being a purpose," Ibe said.

"This is problematic, because the majority of medical imagery consists of decontextualized images of body parts where skin tone is the only phenotypical marker of race," said Patricia Louie, a sociology professor at the University of Washington and a co-author of the study. 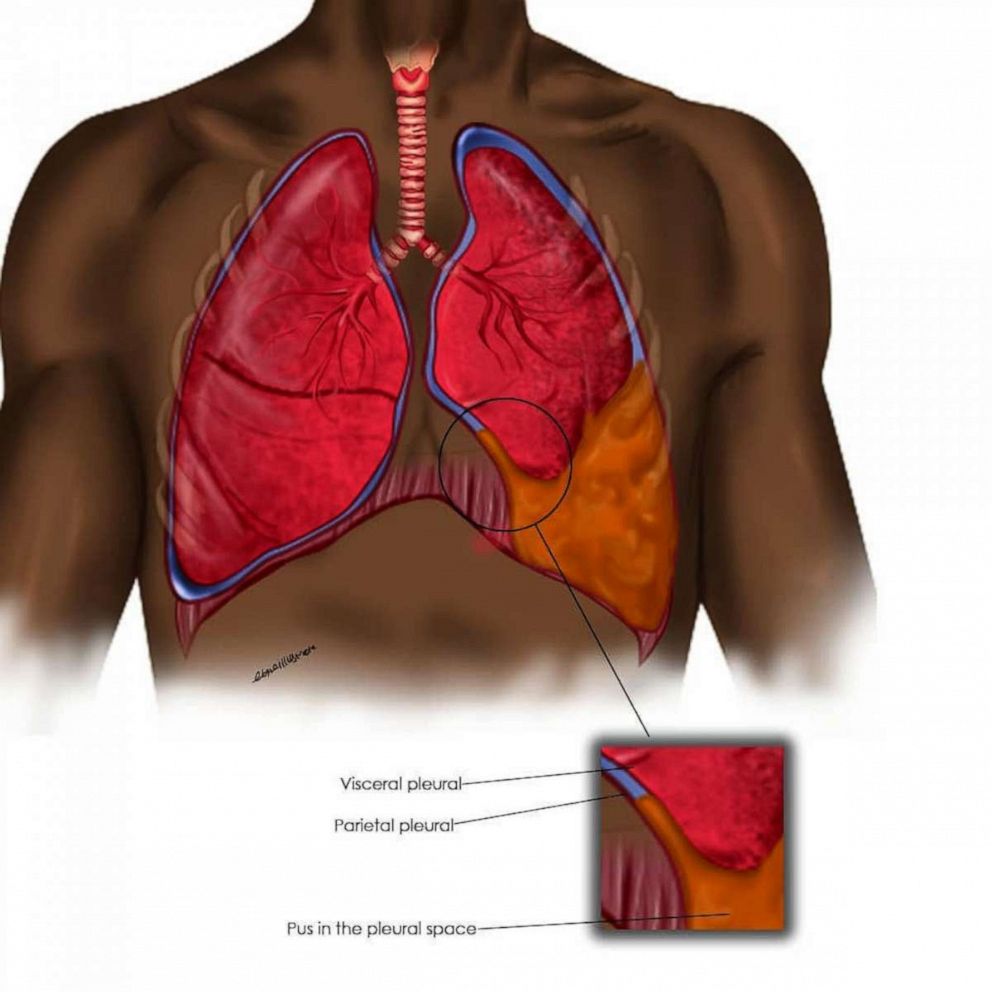 "If doctors associate light skin tones with white patients, this may also influence how doctors think about who is a 'typical' patient," she added.

The study also found that when these textbooks depicted skin cancer, they used a white model patient and only showed examples of melanomas on light skin. Louie said that Black Americans are three times more likely than white Americans to receive a late-stage diagnosis for skin cancer.

"This may be because doctors are not trained to recognize how skin cancer presents on darker skin tones," she added.

Rachel Hardeman, a professor specializing in health and racial equity at the University of Minnesota’s School of Public Health, connects the lack of diversity in medical illustrations to racism within the health care system as a whole. The lack of representation in medical illustrations, especially in textbooks, she said, is "reinforcing this narrative that whiteness is the norm."

"It's teaching our health care workforce, our future physicians, that the standard, and what's quote-unquote normal is whiteness and everything else is to be compared to that or is different from that," Hardeman added.

Hardeman said that it's pretty uncommon for medical imagery around pregnancy and childbirth to feature Black women.

"My spouse is a physician, and he was like, I've never seen that," she said. Louie also said that she saw similar comments about Ibe's work online. 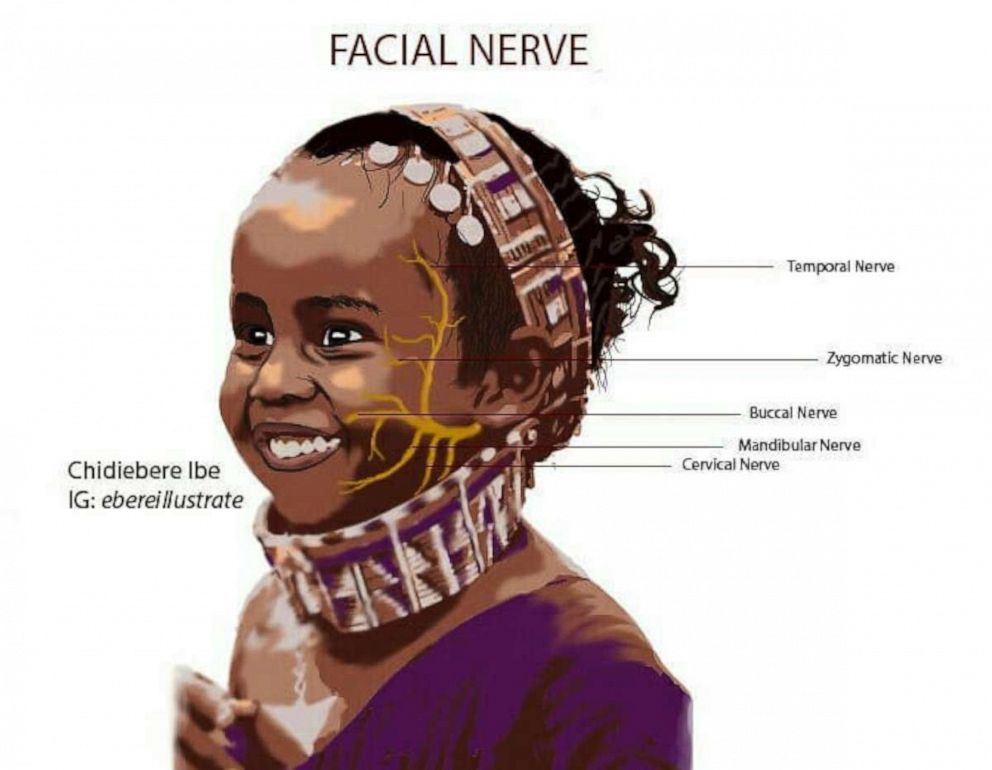 "It's often next to a statistic, such as Black birthing people are four times more likely to experience maternal mortality, or Black infants are twice as likely to experience infant mortality," she said. "It's often tied to these really horrifying and heartbreaking statistics, and rarely is it in a way that's either normalized or celebrated even."

"As we think about some of the inclusion or the lack of inclusion of Black people or Black bodies in the medical literature, we have to be really intentional about the messages that we are able to send through that work," she added.

For Ibe, he said it's been amazing to see his work go viral, which he never expected.

"The comments have been on fire," he said. "And people have been recording themselves and saying how they felt about it, how the drawing made them feel and that they can actually see themselves in the drawing."

"That's such a blessing, because the purpose is to get people to be included or to be accepted in these," Ibe added. "It's so amazing, and I've felt so very much hearing all of this coming -- reading all of these comments on my Instagram."

Since his work went viral, Ibe said that some publishers have reached out to him about including his work in their textbooks.