A teen who was suspended for wearing nail polish at his Texas high school is fighting back in hopes to spark change.

"I went into my class and immediately my teacher sent me to the office because she said I broke dress code," Trevor told "Good Morning America."

After his nails landed him in suspension, Trevor launched a Change.org page, petitioning to allow males to wear nail polish at his school. More than 60,000 supporters have signed the petition in solidarity with the 17-year-old.

Editor's Picks
More: Stranger leaves touching note on couple's doorstep thanking them for the courage to come out

Clyde High School in Clyde, Texas, where Trevor attends, has an extensive dress code that includes hair styles and piercings.

"The district conducts a diligent and thoughtful review of the dress code on an annual basis," the school said in a statement to "GMA." "Parents and students are provided with a copy of the dress code prior to the start of each new school year."

Questions or concerns with the dress code are reviewed individually and the district cannot share any information regarding a specific student, the school added.

Trevor's great-grandfather, Leroy Wilkinson, hopes the school will make a change in its policy.

"I don’t understand why it’s any kind of a big deal," Leroy told "GMA." "Who does it harm? I’d like to see them just drop it, that’s what they should do."

Trevor is arguably part of a growing pop culture trend with men -- from ASAP Rocky to Harry Styles -- who are sporting painted nails. 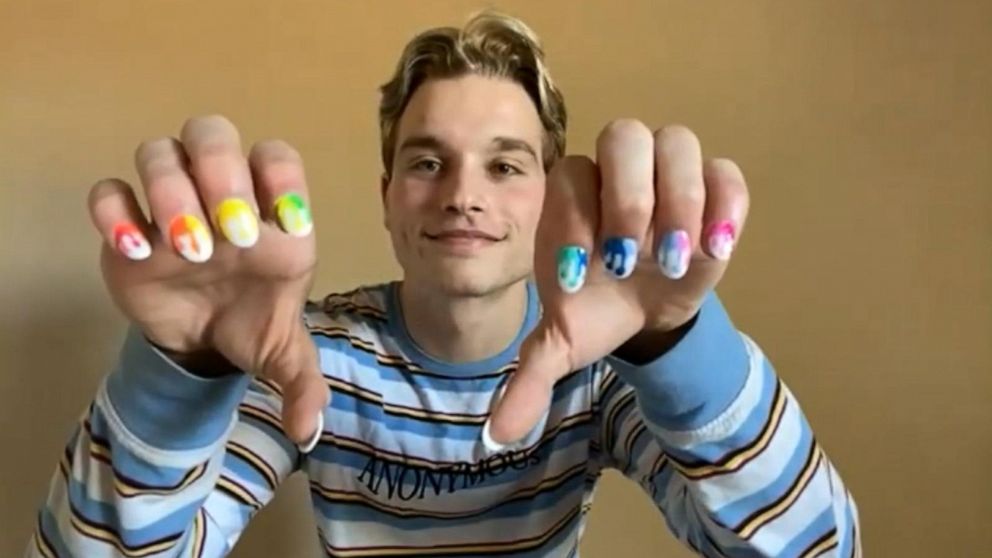 Trevor said he just wants the freedom to express himself like anyone else.

"The fact that I'm even painting my nails right now means so much to me and it shows my growth," he said. "I would not change who I am for the world and I'm learning to fully love myself and be comfortable in my own skin and sexuality and I think that is an amazing thing."

On Sunday, Trevor announced another movement on Instagram, asking his followers to "challenge dangerous gender stereotypes" by posting photos of their painted nails. "Put #TeamTrevor," he wrote.