A group of six teenage girls who met on Twitter were responsible for a massive protest in Nashville in support of the Black Lives Matter movement that drew thousands of people.

Jade Fuller, Nya Collins, Zee Thomas, Kennedy Green, Emma Rose Smith and Mikayla Smith -- all freshmen through juniors in high school and ages 14 to 16 -- took just five days to organize the peaceful demonstration that saw as many as 15,000 people march in Nashville on June 4 to protest police killings of black men and women, including George Floyd, Ahmaud Arbery and Breonna Taylor.

"We felt like we needed to do more because change is not going to just happen overnight," Emma Rose, 15, a sophomore in Franklin, Tenn., told "Good Morning America." "We’re teens and we weren’t seeing any youth speaking up because they didn’t feel like they have a voice."

"We wanted to show teenagers and youth that we need you guys and we do have a voice," she said. 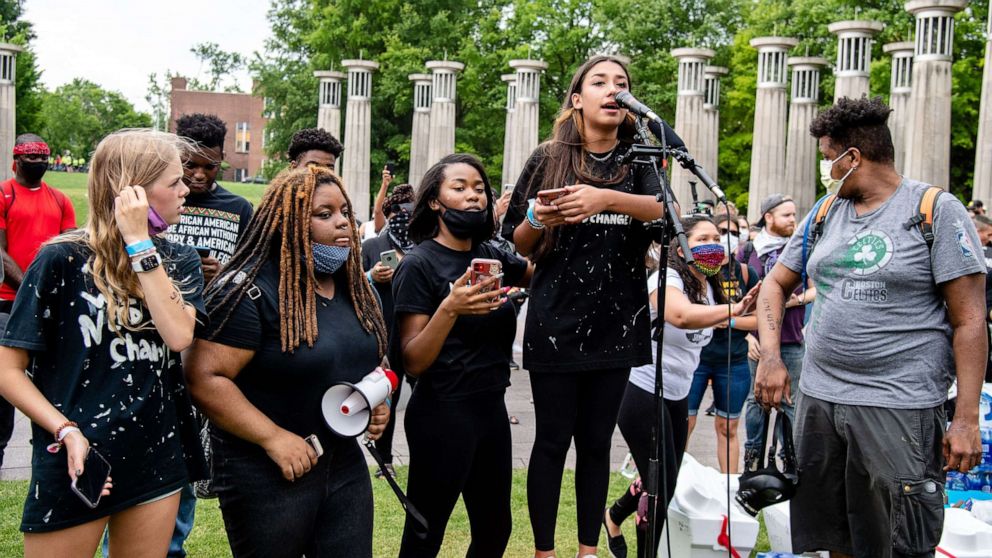 Emma Rose and her five co-organizers started a group text chat after meeting on Twitter and formed an organization, Teens 4 Equality, to help them organize the protest. They spread the word by reaching out to other organizations like Black Lives Matter and making a flyer that they shared on social media.

The teenagers -- who come from varied backgrounds and attend different high schools -- met for the first time on the day of the march. They hoped for as many as 1,000 attendees and then saw that number quickly multiply at the protest itself.

"I was shocked and proud of Nashville because there are a lot of people who live here who don’t agree with the Black Lives Matter movement," Mikayla, 16, a high school junior, told "GMA." "It just felt like we had people on our side ... I know that our voices were heard."

WATCH: Police officer comforts little girl after she asks: 'Are you going to shoot us?'

When asked what she had learned by organizing her first protest, Mikayla replied, "No matter what you are or who you are, if you put your mind to it, you can make a difference. A week ago I did not think I would be capable of doing something like this."

get to know me ✨: hi my name is 🦋mikayla🦋( @mi.kaylaaa._ )one of the six members of teens for equality.💕 i am 16 years old. i love to fight for what is right. my goal is equal rights for everyone. ✊🏽💕 swipe to see my natural goof ball energy.😭

The teens emphasized that the march was peaceful, with no arrests made, and featured people of all ages, races, denominations and backgrounds, just as they had hoped. 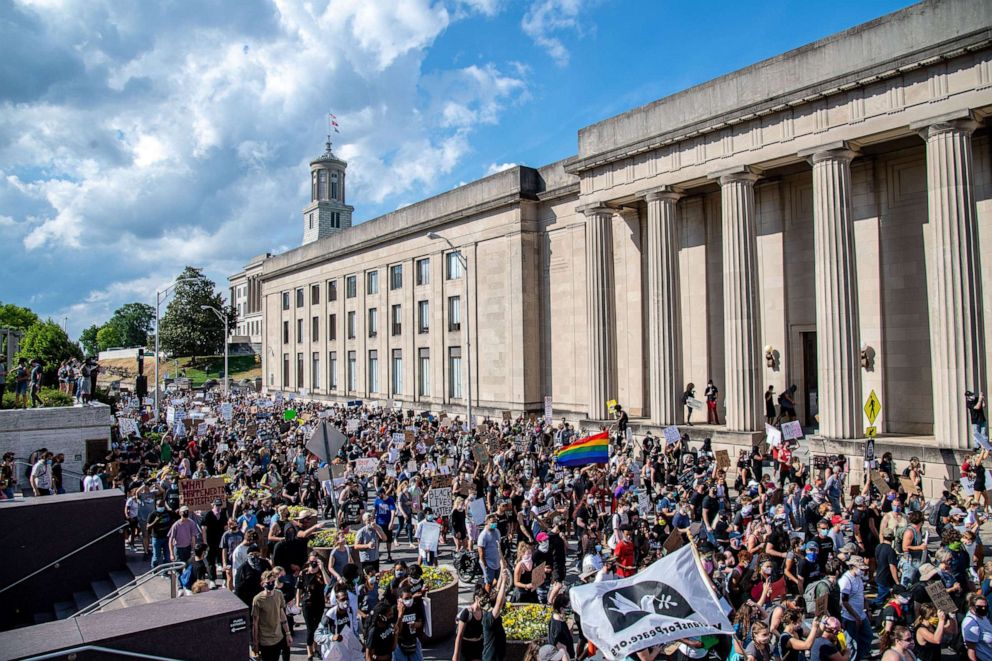 Amy Harris/REX via Shutterstock
Protestors gather in front of the Tennessee State Capitol in Nashville, June 4, 2020.

Their Teens 4 Equality organization now has nearly 25,000 followers on social media and is already planning a second protest this Fourth of July, Independence Day.

"It’s going to be red, black and blue instead of red, white and blue because we felt like there’s not really a ton to celebrate in our country when it’s this shattered and broken and the systems aren’t how they should be," said Emma Rose, adding the protest will also include a voter registration drive. "We think it’s not a time to really be celebrating a country that’s divided."

Emma Rose and Mikayla said they are empowered by what they were able to accomplish in Nashville and hope other young people are encouraged to "speak up" and not remain silent.

Shout out to the organizers @teensforequali1 for a successful protest. We are so proud of these young activists! #Nashville #BlackLivesMatter pic.twitter.com/XVYvi8NEy8

"You are your own person so don’t take your parents’ political views. Educate yourself, learn about each political party and make your own decision," said Emma Rose. "If you want to make a protest, you can make a protest."