Chris Suggs, a lifelong resident of Kinston, North Carolina, is hard at work on his upcoming project: building a local community center in hopes of creating a safe space for youth in his hometown.

Back in 2014, Suggs says gun violence in the area was increasing and his city was ranked one of the most economically distressed communities in the state of North Carolina.

“We began experiencing shootings after shootings, particularly amongst young people,” he told “Good Morning America.” “People I went to school with and even my friends were getting shot or shooting someone.”

Suggs knew something had to change.

In response to the growing violence and poverty rate, the then-14-year-old established Kinston Teens, an organization whose mission is to empower young people through service and leadership.

“We do everything from community service to getting involved with our local government. Engaging young people in different positive aspects of the community allows us to see major impacts on issues like gun violence, poverty and a lack of community morale,” he said. 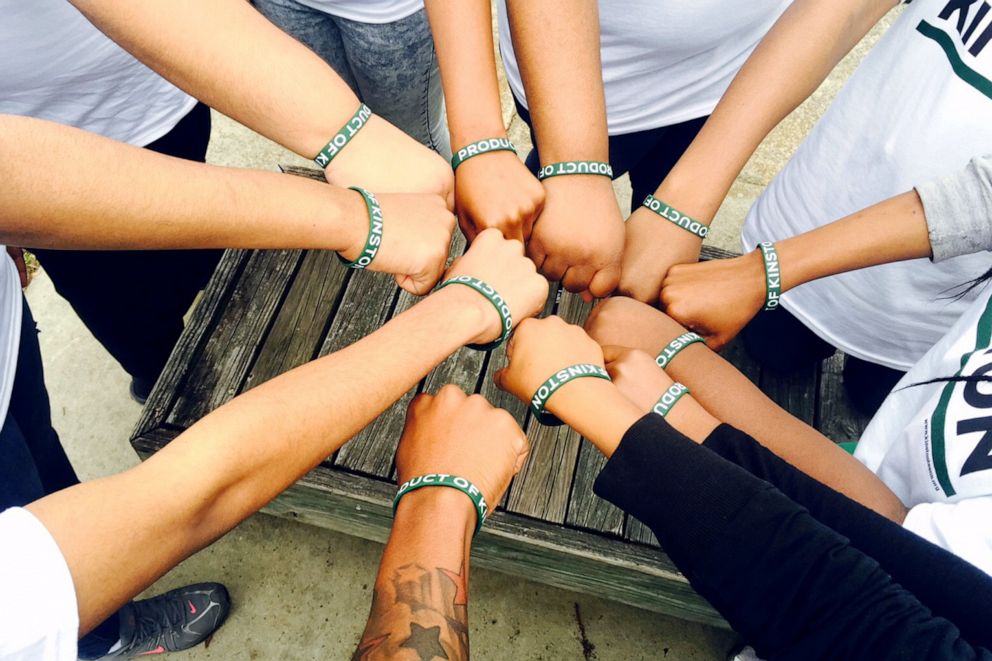 Chris Suggs
Kinston Teens put their first together after a long day of community work.

“The spirit and the positive energy from Kinston Teens has really made a difference within our community,” Suggs said.

In 2017, right before beginning his freshman year of college at University of North Carolina at Chapel Hill, Suggs decided to purchase a foreclosed home for $1,000 and donate the property to Kinston Teens.

“The house was in pretty bad shape. Lots of homes in the neighborhood were neglected and the city started to demolish them to reduce blight. I wanted to purchase this home before it got demolished,” he said.

His goal for purchasing was for young people to have a safe space to access technology, meet with local government representatives and to hang out after school. Most importantly, Suggs hopes that having this property will help to decrease crime, health disparities, drugs and other problems that disproportionately affect young adults.

“We do have a few recreation centers in Kinston but having a space that’s youth-led and completely focused on young people is really important,” Suggs said. 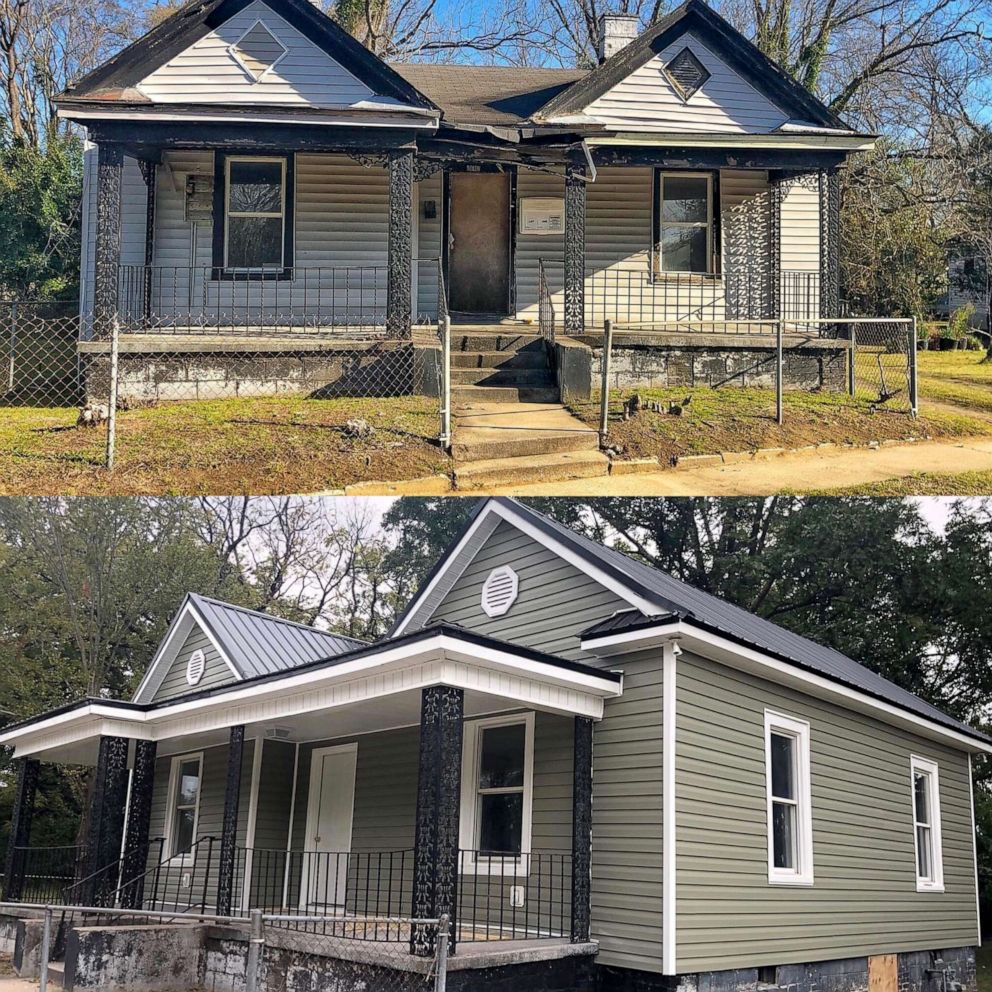 Chris Suggs
External view of the Neighborhood Hub before and after renovations.

The house, named the Kinston Teens Neighborhood Hub, is set to open this May. The 1,100-square-foot space has three open rooms, two bathrooms and a kitchen. Many teens, including 18-year-old Keosha Arnold, have been hard at work to help renovate the building.

“On the weekends, I come to the Neighborhood Hub to help paint and brainstorm ideas about how to decorate the space,” Arnold told “GMA.”

Arnold is currently in high school and has been a part of Kinston Teens since 2016. She’s excited that adolescents in the community will have a uniquely run space to study and collaborate for years to come.

“It feels pretty great to know that young people in Kinston will always have a place to go,” she said.

Even while balancing college courses, Suggs has no plans of stopping his mission of impacting his hometown. He's excited that this new house can serve as a central location for youth-led community initiatives for teenagers all throughout the city.

“This is a house that I saw sitting abandoned for the first 17 years of my life,” Suggs said. “Now, to be able to say that this house is going to be an engaging and exciting space for young people in my community is monumental.”