By Yi-Jin Yu, Miles Cohen, Jessica Mendoza
Share —
Sign up for our newsletters to get GMA delivered to your inbox every morning!

A Texas man worked for days on end to customize caskets for the 19 children who were killed after a gunman opened fire at Robb Elementary School in Uvalde, Texas, last Tuesday.

Trey Ganem, the owner of SoulShine Industries, a company that specializes in custom caskets and urns, said he was contacted by a trooper and funeral directors after the shootings to see if he could help.

"They know I deal with a lot of children and that I can make sure that things get done as far as doing customization and doing something special because this wasn't your typical funeral arrangements," Ganem, 50, told "Good Morning America." 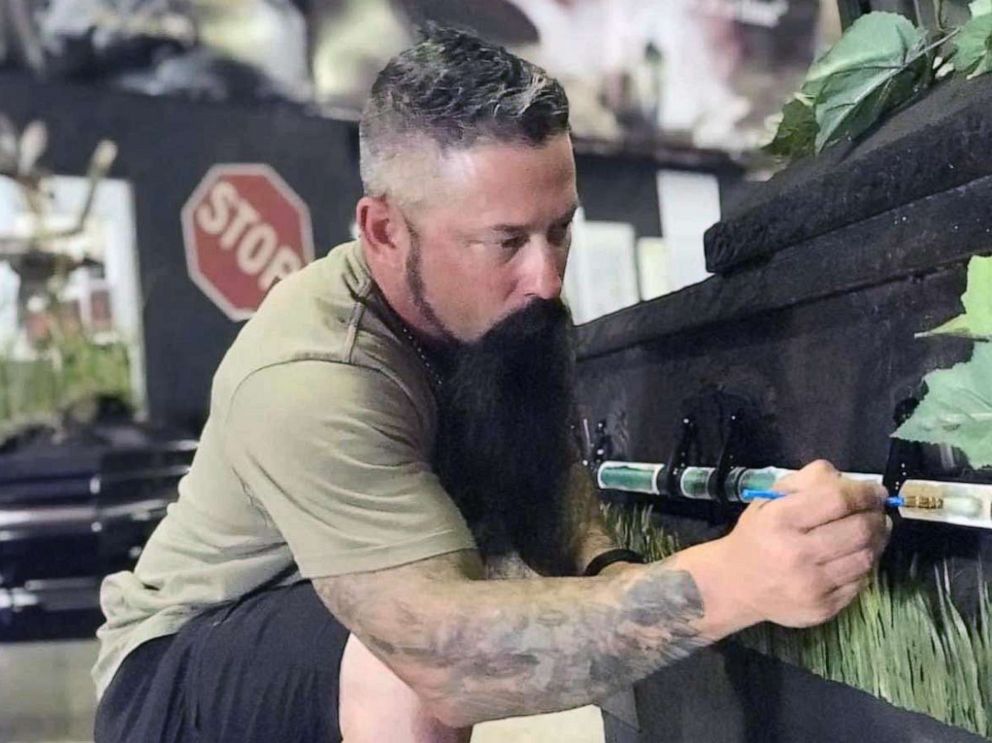 SoulShine Industries
Trey Ganem, 50, told "Good Morning America" he has been an artist his entire life and has been in the casket business for the last 11 years.

SoulShine Industries teamed up with Cherokee Casket Company of Griffin, Georgia, and trucking companies to acquire the child-sized caskets and ship them to Texas. The caskets were donated and arrived for Ganem and his team in Edna, Texas, on Friday, ahead of Memorial Day weekend.

"We got to talk with the families and the funeral directors have helped us, and it's just been wonderful to be able to know exactly what they wanted and [ensure] each one [is] personalized to that specific person," Ganem said. 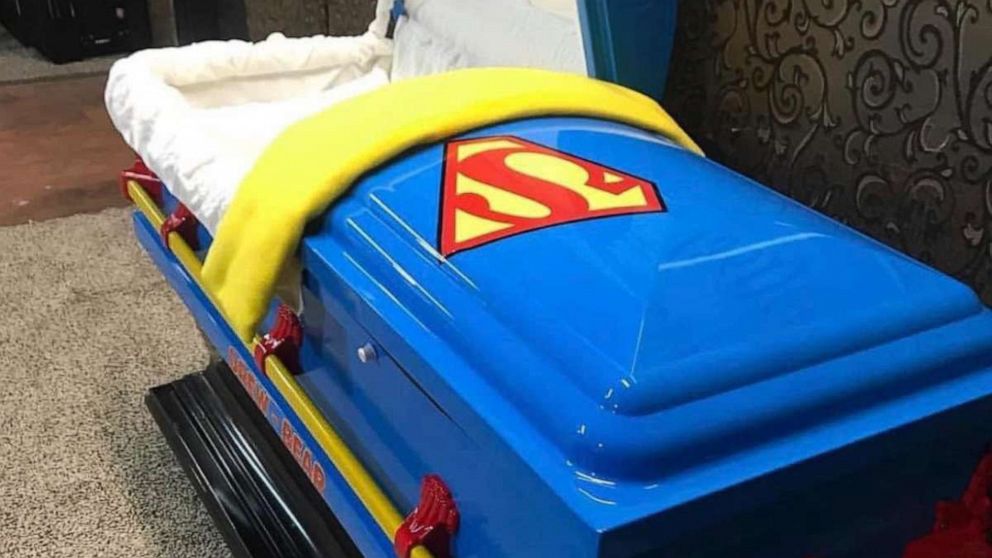 One casket was painted a glossy blue and prominently features the bright red and yellow shield of Superman, DC Comics' legendary superhero. 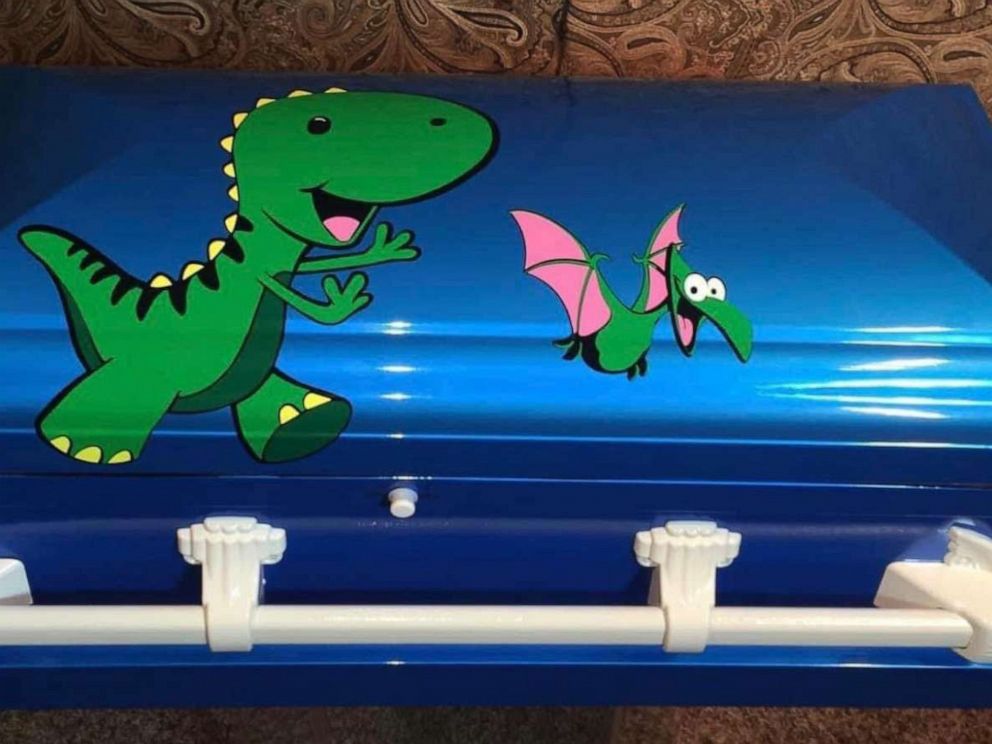 SoulShine Industries
Trey Ganem, the owner of SoulShine Industries, told "GMA" he was able to meet with and talk to families of the children who were killed and learn about their interests, in order to tailor casket designs to each individual.

Another blue casket has a cheery green dinosaur chasing a green bat on its lid. 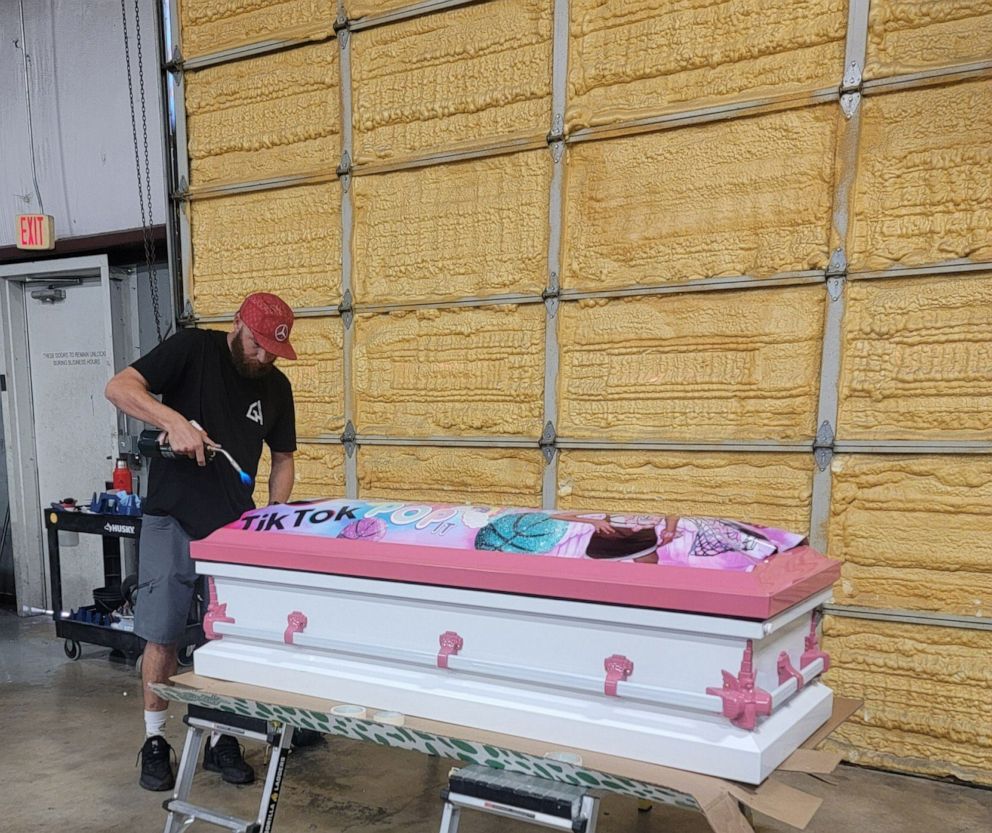 SoulShine Industries
Trey Ganem said the Uvalde families have welcomed the process of designing a custom casket for their loved one.

A third casket is coated in white paint with pink accents and includes a TikTok logo on top.

"When they're telling me that their son or daughter loved baseball or softball or TikTok, they light up because now they're remembering the good things and the fun times that they had when they were alive and here, and we incorporate all that into the caskets," Ganem said.

He said he feels speaking with the families and parents of the children directly has started the healing process.

"We're bringing light to this time," he said. "When they start talking about a dinosaur holding a flashlight with a pickle, that's gonna put a smile on your face. It's kind of one of those things where we listen to what they have to say. We cry with them. We hug each other but in the end, we make the most beautiful creation and the last resting bed for their loved ones."

Ganem and his team rushed to complete the special caskets in time for the scheduled funerals and visitations in Uvalde. The first two funerals were held Tuesday, one for Amerie Jo Garza and another for Maite Rodriguez, both 10 years old.

"Our emotions when we finished the last casket, we all just looked at each other and we started crying and when you're hugging, it was like, 'we did it and they all turned out beautiful.' We did 19 caskets in three and a half days. But it was just a relief."

Twenty-one individuals -- 19 third and fourth grade students and two teachers -- were killed in the May 24 shooting after 18-year-old Salvador Ramos entered Robb Elementary School with an AR-15 style rifle and opened fire.

Ganem estimates at least 30 people chipped in to help sand caskets, make deliveries, brought food and offered a hand in some way.

"The community was fantastic just trying to help us and they wanted to do whatever they could to help the families in Uvalde also," he said.

"It's beautiful, to be able to know the joy that we're going to bring for them."