A bride unexpectedly had "something celebrity" with her on her wedding day, along with her something borrowed and something blue.

The bride, Grace Gwaltney, was about to head to her wedding ceremony Saturday when Oscar-winning actor Tom Hanks surprised her and her bridal party outside of their hotel in Pittsburgh, Pennsylvania, where Hanks is filming a movie.

"At first I thought it was a random person on the street just wanting to say congratulations, but, when I heard “Hey, I’m Tom Hanks,' I immediately froze and just became speechless," Gwaltney told "Good Morning America. "My first thought was thank God we had Rachel [the wedding photographer] already taking photos and thank God I had my two sisters next to me who did all the talking to him, because I don't think I uttered a word after we realized it was him."

Gwaltney's wedding photographer, Rachel Rowland, said she had just finished taking photos of the bridal party outside of their hotel when Hanks asked to "take a photo with the bride."

"He just came up, very jovial, happy, exactly what you would think Tom Hanks would do," said Rowland.

Rowland said she grabbed both her phone and her camera and began taking photos of Hanks with the stunned bride and her bridesmaids, while also being stunned herself at the sight of the Hollywood star. 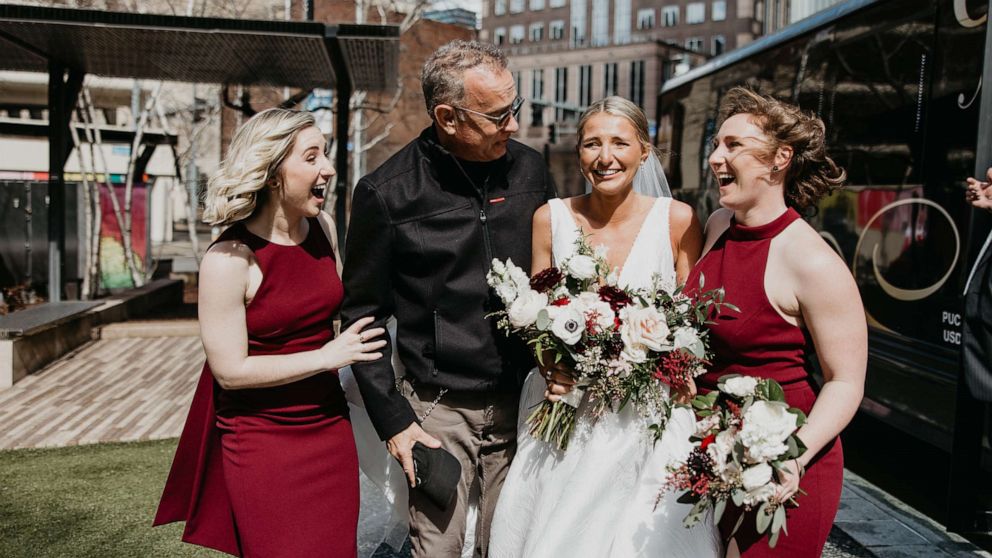 "You always think, ‘When I meet a celebrity, I’m not going to be one of those crazy, screaming people,'" said Rowland. "But no, I immediately started screaming. Because it’s Tom Hanks. You’re never prepared to meet Tom Hanks."

Hanks is in Pittsburgh to film the movie "A Man Called Otto," in which he plays a retired man who becomes friends with his neighbors, according to the Pittsburgh ABC affiliate WTAE-TV. 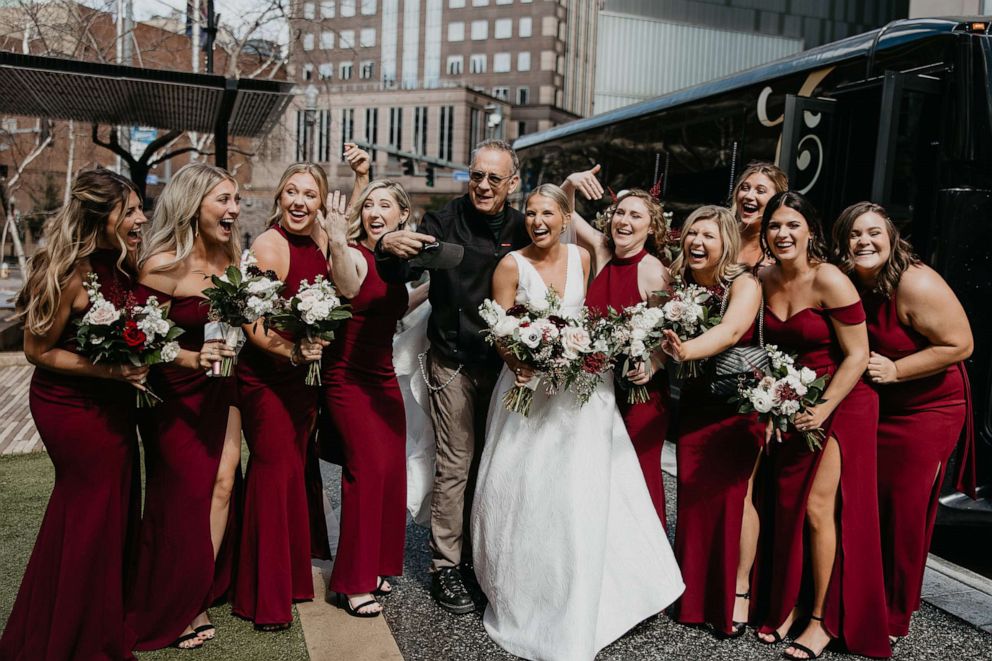 Hanks' wife, actress and singer Rita Wilson, was also with him in Pittsburgh when he surprised the bridal party and joined one of the photos, according to Rowland.

"We realized half the bridesmaids were in the limo and [Hanks] is yelling, 'Get them out here. Get out here,'" recalled Rowland. "Then Rita was standing next to me and we were like, ‘Let’s get Rita in there,' and she was like, 'No, no, no,' and we finally got her in and it was a really sweet moment." 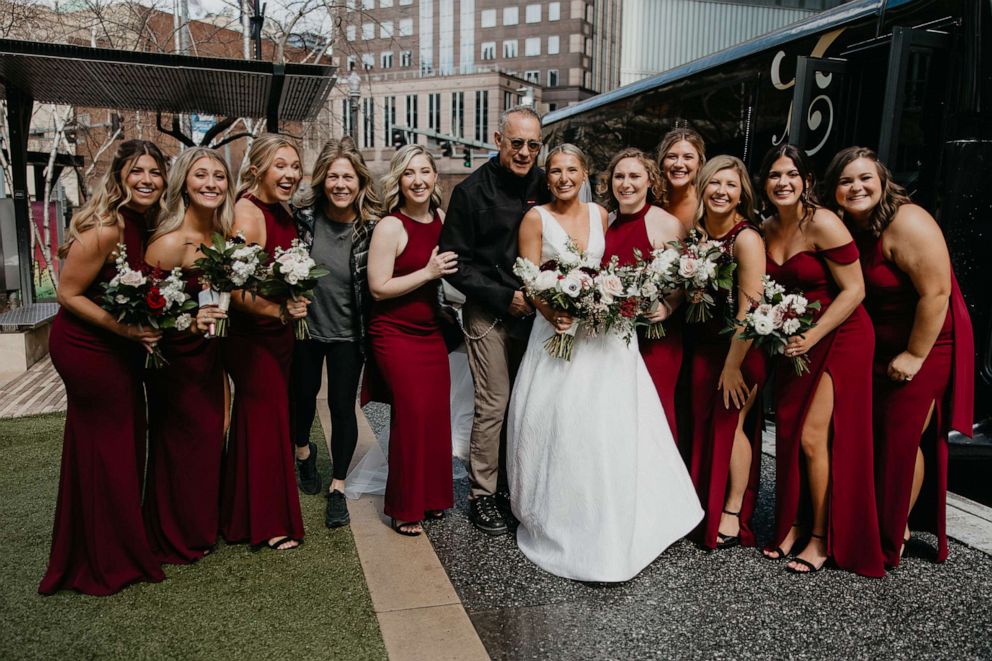 Gwaltney said she and her bridesmaids were in "disbelief" about the encounter. When she saw her now-husband, Luke, for the first time at the church and told him, he was also in disbelief, according to Gwaltney.

"We had a moment before the ceremony where we prayed back-to-back so he wouldn’t see me in my dress, and before we started I said, 'Luke, we met Tom Hanks,'" she recalled. "I think he was excited for us but also he was in disbelief, and probably more focused on the fact that we were about to get married."

Gwaltney said the encounter with Hanks and Wilson was "truly icing on the cake" of her wedding day.

"Our wedding day was so special and so fun and I think Tom Hanks coming up to us to start the day just added to all the excitement," she said. "I can’t wait to look back at our photo album and see all our wedding details, friends and family, and then have this photo with Tom Hanks and Rita Wilson."

The Pittsburgh surprise is not the first time Hanks has photobombed a bridal party. He did so most recently last year, when he took photos with a couple getting married on a Santa Monica beach.

The actor has also been popping up around Pittsburgh, where he also filmed the 2019 movie "A Beautiful Day in the Neighborhood."

He and Wilson posed for photos with the staff of a home improvement store in Lawrenceville, Penn., according to a Facebook post. And Hanks took time to speak with a young boy who was intently watching him film scenes for the movie, according to the Pittsburgh Post-Gazette.

Rowland said it's fun to see Hanks embrace Pittsburgh as he and Wilson temporarily call it home.