A 9-year-old girl used her talent as a figure skater to shine a light on the Black Lives Matter movement.

Kaitlyn Saunders, 9, laced up her skates and performed a routine to Andra Day's "Rise Up" on the Black Lives Matter Plaza in her hometown of Washington, D.C.

"I felt like I was floating and that it was limitless," Kaitlyn, a fourth-grade student, told "Good Morning America." "Being able to do that, it made me feel strong and powerful."

For the performance, Kaitlyn wore a yellow and white leotard that matched the big yellow letters that spell out "Black Lives Matter" on the D.C. street that leads directly to the White House. The street has been the site of protests after the deaths of George Floyd and other black men and women in recent weeks.

"She had the idea she wanted to go down there and skate on Black Lives Matter Plaza," said Saunders. "She asked to do that so we went down there really early in the morning." 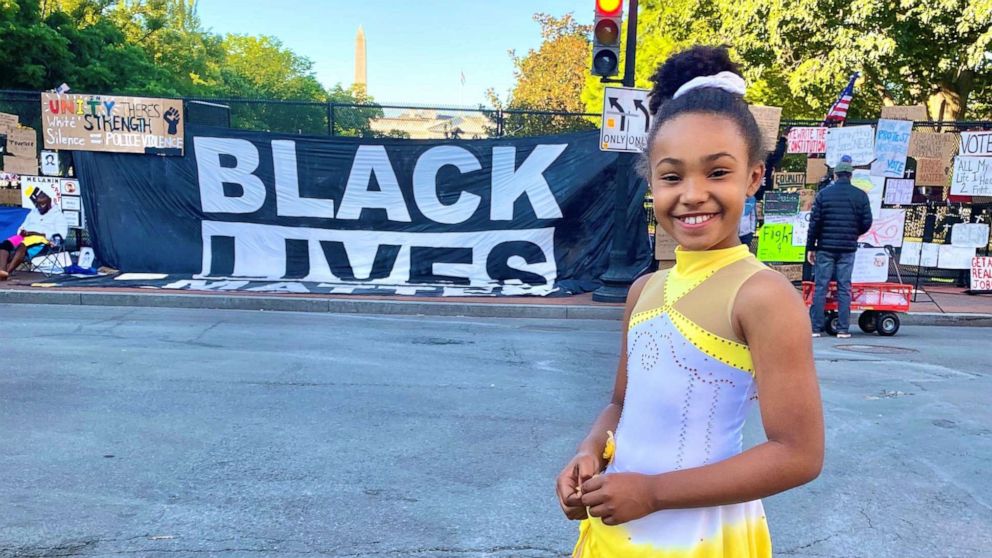 Kaitlyn listened to Andra Day's inspiring song "Rise Up" a few times before the performance and created the choreography on her own.

"I listened to the music a couple of times and thought of moves that could go with the music," she said. "And then I saved the moves in my head so when it was time to skate I just did what I thought in my head."

The 9-year-old has received thousands of comments on social media about her performance and said her dream is to send the positive feedback she has received to other people in need.

"It’s really nice," said Kaitlyn. "I wish I could give the positive messages to other people who aren’t doing so well." 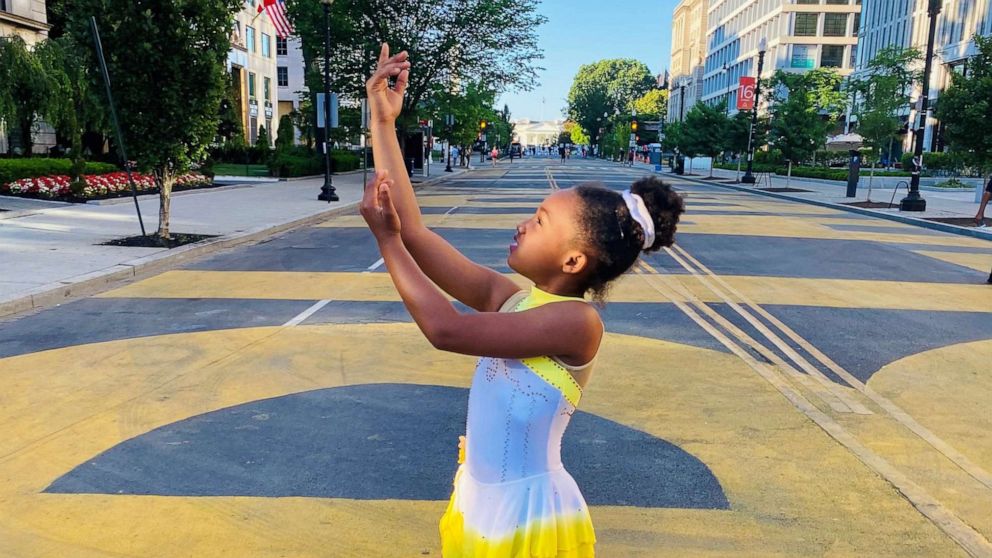 Kaitlyn has been figure skating for less than three years. She was first exposed to the sport through a field trip to a local ice skating rink with the city's recreation department, according to her mom.

"She begged me every day to sign her up for [classes]," said Saunders. "She was a natural and started moving up two or three levels at a time."

Kaitlyn had not been able to skate for the past three months due to stay-at-home orders issued during the coronavirus pandemic. Saunders purchased her daughter a pair of inline skates so she could keep practicing and Kaitlyn used those to perform on the Black Lives Matter Plaza.

"I love that you feel free," Kaitlyn said about figure skating. "You can do what you want and when you skate, you can do routines and jumps and spins or you could listen to the music and then skate to it. Skating is, like, very graceful."