Instagram is accused in two new lawsuits of spurring eating disorders and mental health problems ranging from anxiety and depression to addiction and suicide attempts in teenage girls.

The lawsuits -- filed against Meta, the parent company of both Facebook and Instagram, allege the company needs to be held responsible for “causing and contributing to burgeoning mental health crisis perpetrated upon the children and teenagers of the United States."

In one lawsuit, Jennifer and Benjamin Martin, of Kentucky, allege Instagram created the "'perfect storm' of addiction, social comparison and exposure to incredibly harmful content" for their now 19-year-old daughter Alexandra Martin.

"As a parent you feel hopeless," Jennifer Martin told ABC News in an interview that aired Wednesday on "Good Morning America." "You try to support them and you do what you can for them, but it's hard to understand,"

The lawsuit claims Alexandra began using Instagram at 12 and was "encouraged" by the platform to open multiple accounts, despite her young age.

According to the lawsuit, Alexandra saw eating disorder-related content through Instagram and began to show symptoms of anxiety and depression. 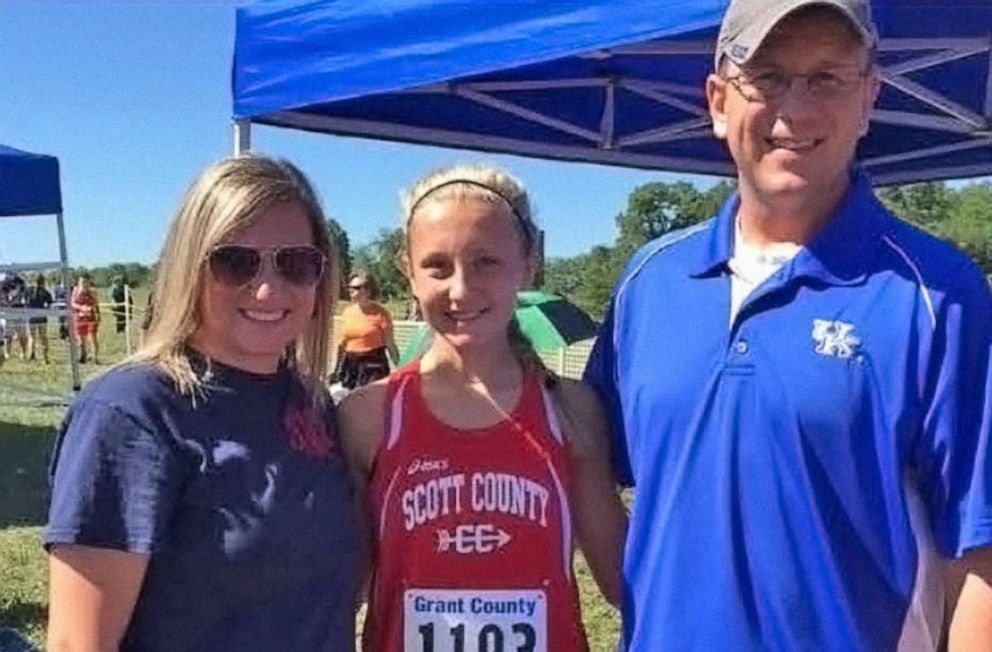 Source: Lawsuit filing
Alexandra Martin, center, is pictured with her parents at a track meet on Sept. 3, 2016.

"Around 2016, we noticed some extreme weight loss in her and then put the puzzle pieces together that it was a direct correlation to social media, more specifically Instagram," Benjamin Martin told ABC News.

Alexandra later was diagnosed with anorexia and had to be hospitalized and seek inpatient treatment for the condition, according to the lawsuit. In 2019, the lawsuit alleges Martin attempted suicide twice and was hospitalized.

"Alex’s social media use coincided with a steady, but severe, decline in her mental health," the lawsuit said. "She was addicted to Instagram and could not stop using Instagram, even when the social media product was directing increasing amounts of harmful content and amplifying that harmful content via Alex’s Instagram accounts and product features."

"Specifically," the lawsuit continues, "Alex was repeatedly bombarded with and exposed to content recommended and/or made available to her by Meta, which increasingly included underweight models, unhealthy eating, and eating disorder content."

The lawsuit, which includes Alexandra and her parents as plaintiffs, sought unspecified monetary damages. 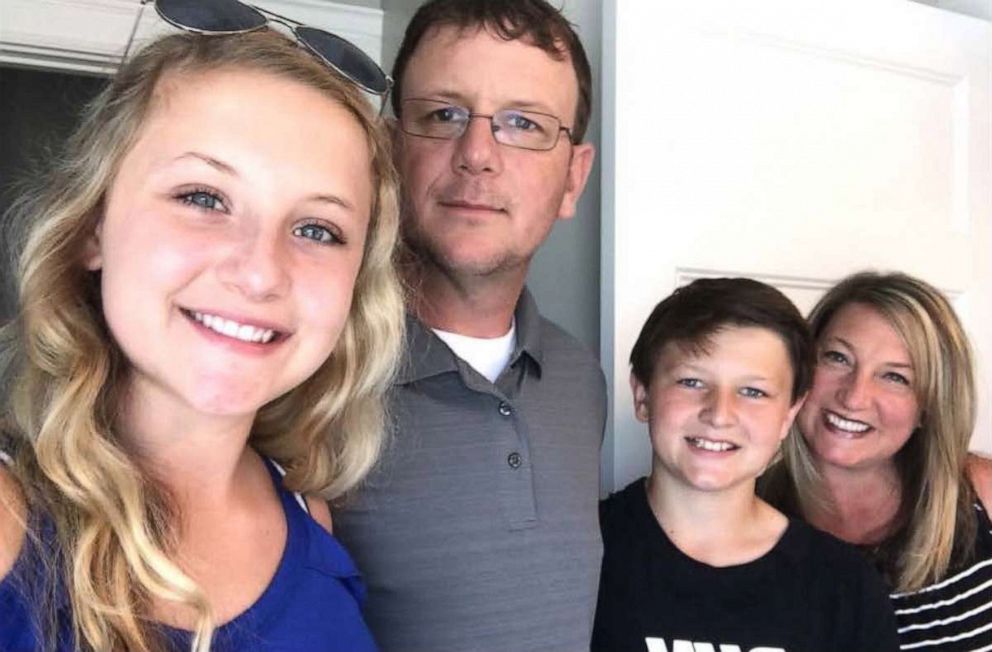 Source: Lawsuit filing
Left to right, Alexandra, Ben, Christian, and Jennifer Martin pose for a photo, taken June 4, 2017, that was included in the family's lawsuit filing against Meta.

The second lawsuit was filed by the family of a girl identified as CN, also from Kentucky.

Her mother, Candace Wuest, alleges in the lawsuit that CN was 12 when she became addicted to Instagram and eventually attempted suicide.

“CN’s use of Instagram developed into a dependency on the Instagram product and coincided with a steady, but severe, decline in her mental health,” the lawsuit said.

According to the court filing, CN and her mother used Instagram to search for recipes to cook together but CN was eventually led to “dangerous recipes—for example, recipes designed to achieve negative caloric intake.” 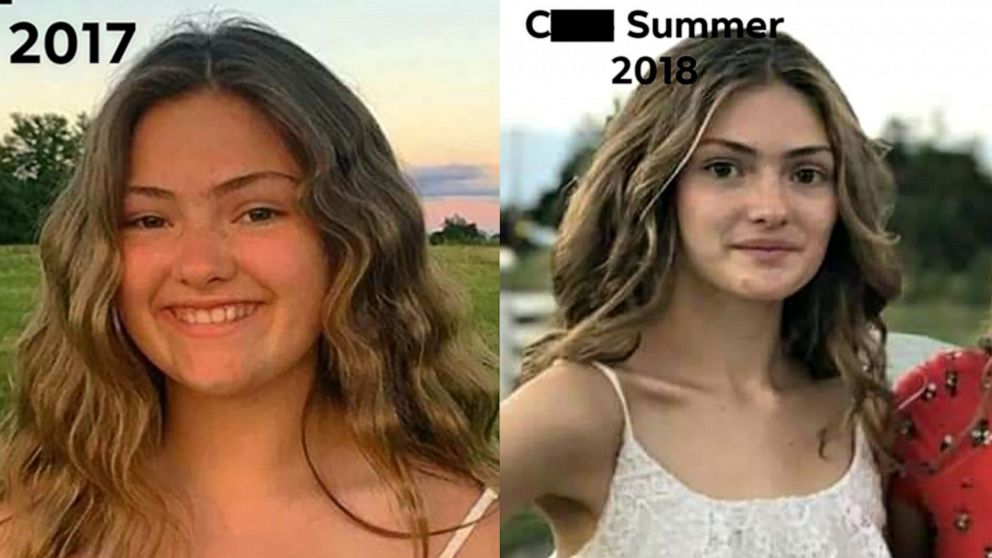 Source: lawsuit
A lawsuit filed was filed against Meta by the Kentucky family of a girl identified as CN who was twelve when her mother, Candace Wuest, said she became addicted to Instagram and eventually attempted suicide.

“Meta knows that its product is contributing to teen depression, anxiety, even suicide and self-harm. Why doesn’t it change these harmful product features and stop utilizing algorithms in connection, at least, with teen accounts? Because Meta’s priority is growth and competition concerns, and it sees ‘acquiring and retaining’ teens as essential to its survival,” the lawsuit said.

The lawsuit also sought unspecified monetary damages and included comparison photos to show the alleged change in CN’s appearance and depictions of CN’s artwork that she used to express her eating disorder and depression.

Both families are represented in their lawsuits by the Social Media Victims Law Center.

"What happened to Alex was neither a coincidence or an accident, but rather the known result of deliberate design decisions that Instagram made," Matthew Bergman, an attorney and founder of the Social Media Victims Law Center, told ABC News, referring to the lawsuit filed by Alexandra Martin and her parents. "Their sole objective is to maximize user engagement."

A spokesperson for Meta declined to comment Tuesday on the two lawsuits, citing them as "active litigation."

The two lawsuits come several weeks after the parents of a now 19-year-old New York woman also sued Meta, alleging their daughter developed an Instagram addiction that led to an eating disorder and other mental health struggles.

Their lawsuit and the two new lawsuits filed Monday each cite the thousands of pages of internal Facebook documents that were released by Frances Haugen, a former product manager at the tech company.

The documents Haugen shared were published by The Wall Street Journal and several other outlets in October 2021 and are collectively known as The Facebook Papers.

As ABC News reported last year, the documents showed Facebook had reportedly commissioned studies about and allegedly knew of the potential harm that negative or inflammatory content on its platforms was causing -- including researchers' findings that Instagram had made body image issues worse for 1 in 3 teens -- but did not act to stop it.

In testimony to Congress last October, Haugen alleged that Facebook had disregarded concerns about the harmful effects their platforms could have on children's mental health.

In a response to Haugen's congressional testimony last October, Meta issued a statement that characterized Haugen as "a former product manager at Facebook who worked for the company for less than two years, had no direct reports, never attended a decision-point meeting with C-level executives -- and testified more than six times to not working on the subject matter in question."

"We don’t agree with her characterization of the many issues she testified about," the company said.