Prince William's godmother and a longtime lady-in-waiting to the late Queen Elizabeth II has stepped down from her role amid an allegation of racism.

Buckingham Palace said Wednesday it launched an investigation into an accusation that Lady Susan Hussey made racist comments to an attendee at a palace reception hosted by Queen Camilla.

Ngozi Fulani, the founder of Sistah Space, a nonprofit organization that supports women and families affected by domestic abuse, shared in a Twitter post that she was asked repeatedly by Hussey where she was from.

"What part of Africa are you from?" Fulani alleges Hussey asked her, according to her tweet.

Fulani wrote that when she replied she was from the United Kingdom, Hussey continued to question her, allegedly saying, "Oh, I can see I am going to have a challenge getting you to say where you're from. When did you first come here?"

Mixed feelings about yesterday's visit to Buckingham Palace. 10 mins after arriving, a member of staff, Lady SH, approached me, moved my hair to see my name badge. The conversation below took place. The rest of the event is a blur.
Thanks @ManduReid & @SuzanneEJacob for support🙏🏾 pic.twitter.com/OUbQKlabyq

Fulani -- who was at the palace for a reception on combatting violence against women, one of Camilla's main charitable interests -- wrote that she had "mixed feelings" about her visit to the palace, saying that after her conversation with Hussey, the "rest of the event is a blur."

Hussey was one of Elizabeth's longest-serving ladies-in-waiting, an honorary role that serves as a kind of personal assistant to the queen.

Camilla, who became queen consort after Elizabeth's death in September, did away with the lady-in-waiting role, instead choosing to have lady companions, one of whom is Hussey's daughter. 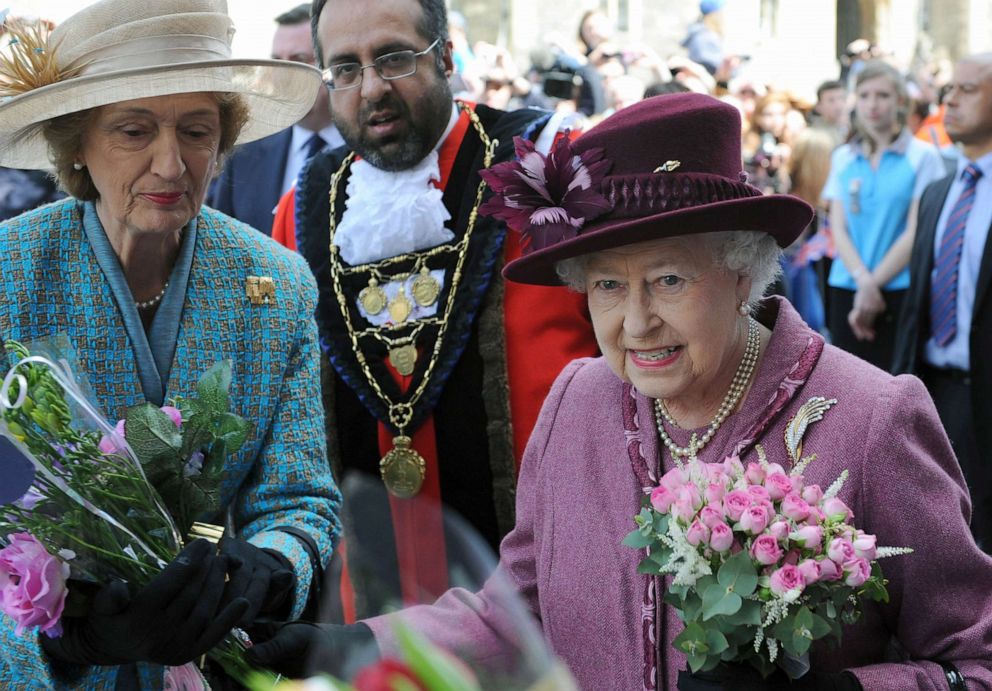 On Wednesday, Buckingham Palace confirmed Hussey had "stepped aside from her honorary role."

"We take this incident extremely seriously and have investigated immediately to establish the full details. In this instance, unacceptable and deeply regrettable comments have been made," the palace said in a statement. "We have reached out to Ngozi Fulani on this matter, and are inviting her to discuss all elements of her experience in person if she wishes."

The statement continued, "In the meantime, the individual concerned would like to express her profound apologies for the hurt caused and has stepped aside from her honorary role with immediate effect. All members of the Household are being reminded of the diversity and inclusivity policies which they are required to uphold at all times."

A spokesman for Prince William commented on the incident while briefing reporters Wednesday ahead of a three-day trip to Boston that William is undertaking with his wife Kate, the Princess of Wales.

"This is a matter for Buckingham Palace but as the Prince of Wales' spokesperson, I appreciate you're all here and understand you'll want to ask about it. So let me address it head on," the spokesman said. "I was really disappointed to hear about the guest's experience at Buckingham Palace last night."

He continued, "Obviously, I wasn’t there, but racism has no place in our society. The comments were unacceptable, and it is right that the individual has stepped aside with immediate effect.” 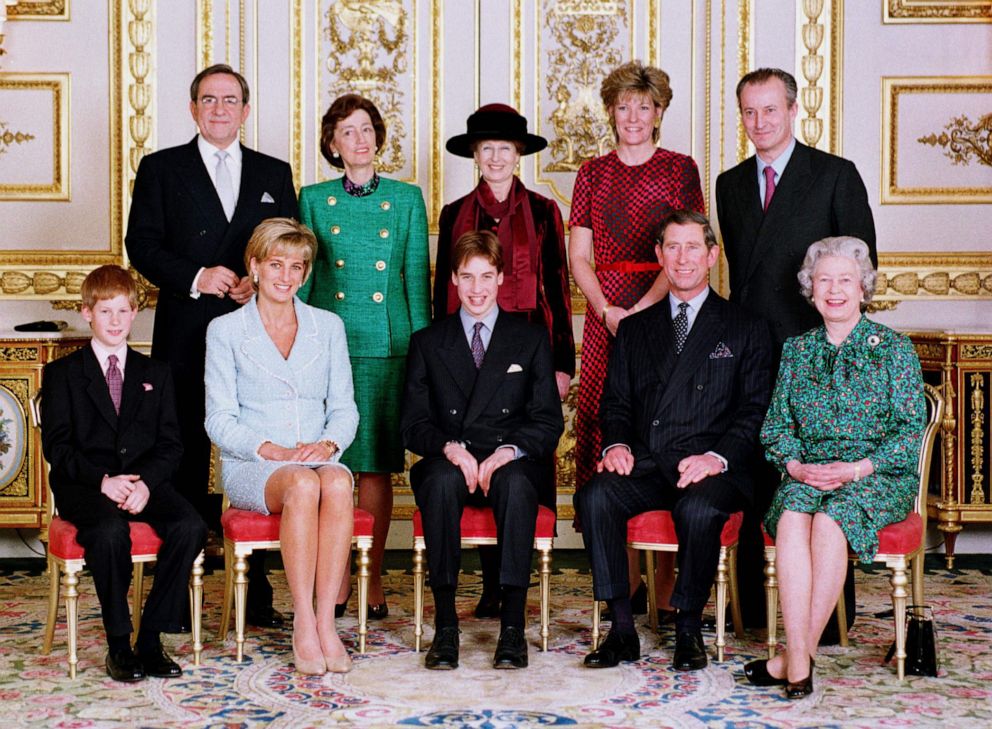 Tim Graham/Getty Images
Official portrait of The Royal Family on the day Of Prince William's confirmation, Mar. 9, 1997, in Windsor, England.

The apology from Buckingham Palace comes less than two years after Prince Harry and Meghan, the Duke and Duchess of Sussex, made bombshell allegations of racism within the royal institution in an interview with Oprah Winfrey.

In the two-hour, prime-time interview, Harry and Meghan, who stepped down from their senior royal roles in 2020, alleged that conversations were had with Harry about the skin color of their son Archie, the first American British biracial royal born in the U.K., and also widely considered to be the first mixed-race child born into the royal family.

Editor's Picks
MORE: Prince William, Kate head to Boston: Everything to know about the couple's 1st US trip in 8 years

When Harry and Meghan were dating in 2016, Harry lambasted the "abuse and harassment" of Meghan, whose mother is Black and father is white, in the press and criticized "racial undertones" in some coverage of her.

Earlier this week, a senior police official confirmed the Sussexes faced "disgusting and very real" threats when they lived in the United Kingdom.

"There were many serious, credible threats against Meghan Markle emanating from the far-right?"

Neil Basu, the former head of counterterrorism for the Metropolitan Police, told Channel 4 News that there were serious and credible threats made against Meghan, mostly emanating from what Basu described as "extreme right-wing terrorism."

"If you'd seen the stuff that was written and you were receiving it, the kind of rhetoric that's online, if you don't know what I know, you would feel under threat all of the time," he said of the threats against Meghan. "We had teams investigating it. People have been prosecuted for those threats."