Elton John's final performance in the United States on his Farewell Tour included a special surprise message from two of his high-profile friends, Prince Harry and Meghan, the Duchess of Sussex.

The Sussexes recorded a special message for John that aired during the singer's concert Sunday night at Dodger Stadium, which was livestreamed on Disney+.

"Hi Elton, we just wanted to say congratulations," Meghan said at the start of the video message, followed by Harry also sending his own "congratulations" to the singer.

"We are just so proud of you," Meghan continued. "We're so grateful that we were able to see you on your farewell tour also."

Harry then chimed in to thank John for all the entertainment he has provided to so many people around the world "for so many decades."

The Duke of Sussex also gave a special thank you to the singer for being a friend to his family.

John was a longtime friend of Diana's and joined the late princess at the forefront of the fight against HIV and AIDS and in efforts to change the perception of the disease.

John memorably performed his song "Candle In the Wind" at Diana's funeral in 1997.

Harry followed in his mom's footsteps in becoming a leading advocate in the fight against HIV and AIDS.

He also followed in Diana's footsteps in maintaining a lifelong friendship with John, who attended his wedding to Meghan in 2018 and performed at their wedding reception. 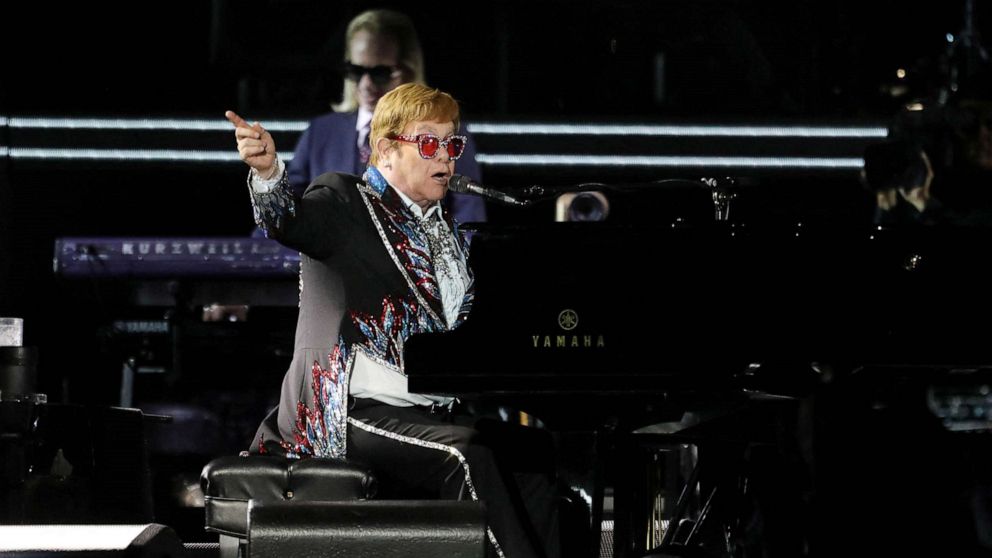 "Prince Harry asked Sir Elton to perform at the Reception which was hosted by Her Majesty The Queen at St George's Hall, Windsor Castle," Kensington Palace said in a statement at the time. "Sir Elton performed for the newly married couple in recognition of the close connection he has with Prince Harry and his family."

Harry and Meghan now live in Montecito, California, with their children Archie and Lilibet.

The couple ended their video message to John by congratulating him "on an incredible career."

"Even though this is officially your retirement, this will not be your last gig, we know that," Harry said. "But we love you and congratulations on an incredible career." 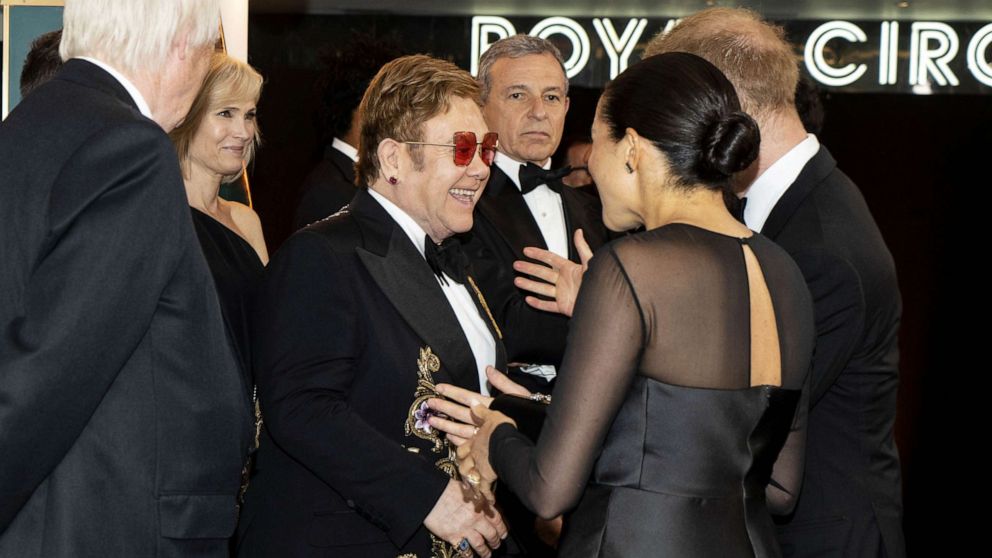 Niklas Halle'n/POOL/AFP via Getty Images, FILE
Britain's Prince Harry, Duke of Sussex (R) and Britain's Meghan, Duchess of Sussex (2nd R) chat with British singer-songwriter Elton John (C) as they arrive to attend the European premiere of the film The Lion King in London on July 14, 2019.

John told "Good Morning America" earlier in November that his Farewell Tour would be his last.

The "Rocket Man" singer took his final bow on his North American tour at Dodger Stadium, where he first performed at 47 years ago.

Last night, I played my 204th and final North American tour show ever. I can't thank each and every person who was a part of it, at Dodger Stadium and watching at home, enough for the most incredible night. I love you all and you will forever be in my heart.#EltonFarewellTour pic.twitter.com/K8OgntgJcC

"This is my last tour," John told "GMA." "You have to soak it in. And I have soaked in all the love and all the loyalty that's been shown from the audience."