Queen Elizabeth stepped out Tuesday for her first public engagement outside of Windsor Castle since the death last month of Prince Philip, her husband of 73 years.

The queen opened the United Kingdom's Parliament with a speech, performing a ceremonial duty in her role as head of state.

Queen Elizabeth, who turned 95 on April 21, wore a lavender day dress and a hat for her speech, forgoing the full ceremonial dress and crown for this year's state opening, which featured fewer ceremonial elements and attendees due to the coronavirus pandemic.

The Imperial State Crown, signifying the queen as Head of State, sat on a table next to the queen as she delivered her speech, which laid out the U.K.'s government's priorities for the coming months, including a post-pandemic recovery effort. 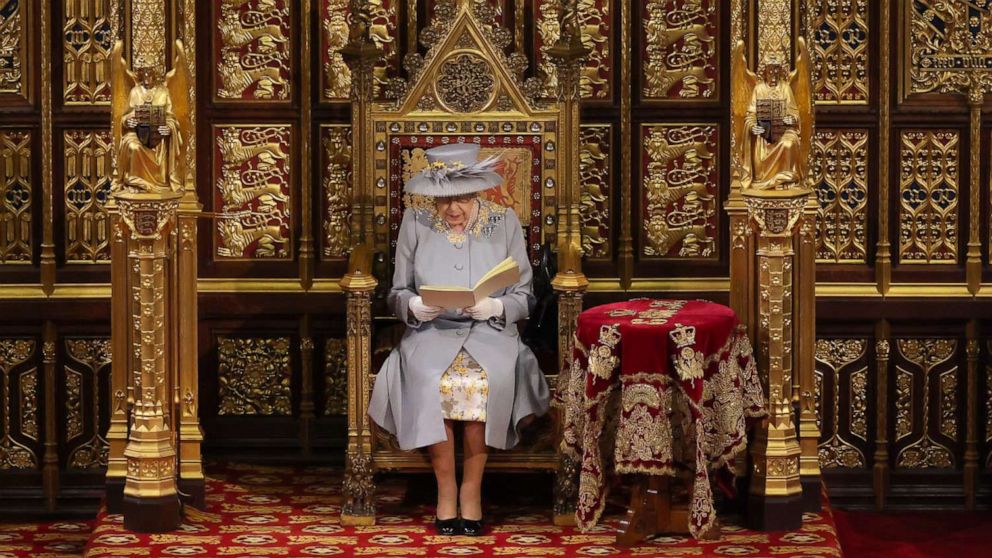 Chris Jackson/Getty Images
Queen Elizabeth II delivers the Queen's Speech in the House of Lord's Chamber during the State Opening of Parliament at the House of Lords on May 11, 2021, in London.

Queen Elizabeth was accompanied at Parliament by her son and heir, Prince Charles, and his wife Camilla, the Duchess of Cornwall, both of whom sat directly next to the queen. 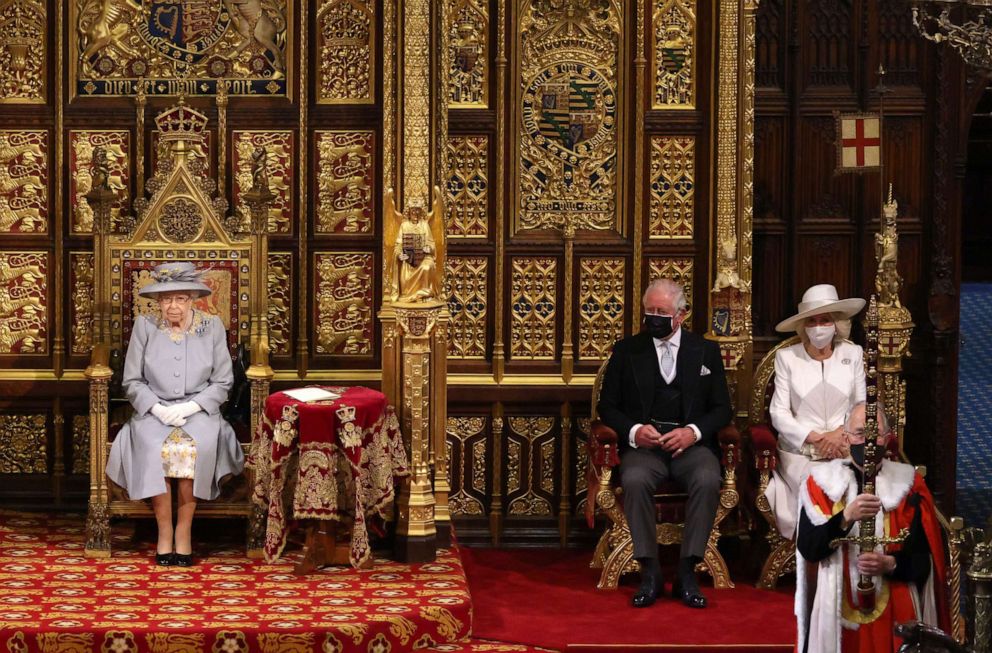 Chris Jackson/Getty Images
Queen Elizabeth II sits in the House of Lord's Chamber with Prince Charles, Prince of Wales and Camilla, Duchess of Cornwall seated at right during the State Opening of Parliament at the House of Lords on May 11, 2021, in London.

Prince Charles has accompanied the queen for the last three state openings of parliament. There was no state opening last year due to the pandemic.

MORE: Queen Elizabeth returns to work after period of mourning for Prince Philip

The engagement was the first time Charles has been seen publicly with the queen since last month, when the royal family gathered at Windsor Castle for Prince Philip's funeral. 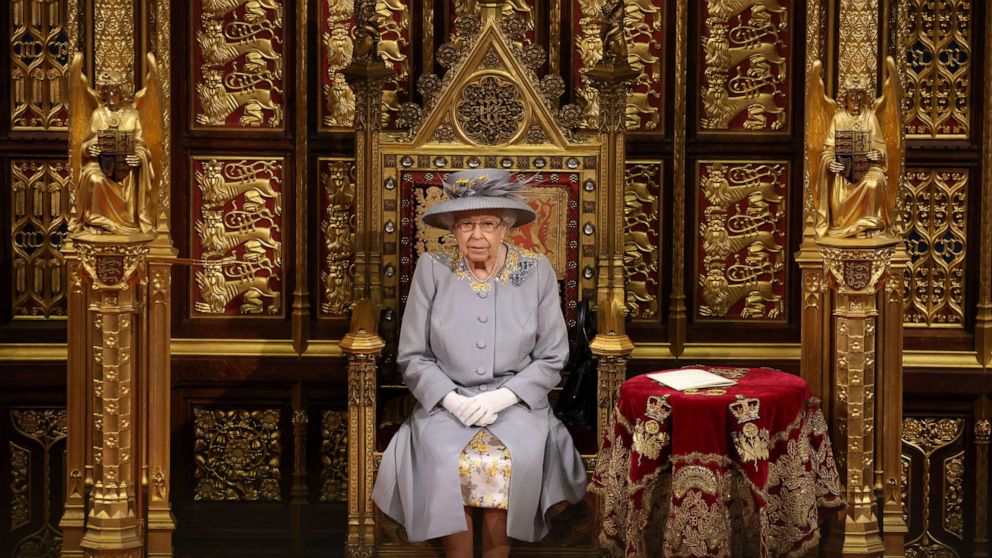 Chris Jackson/Getty Images
Queen Elizabeth II sits in the House of Lord's Chamber during the State Opening of Parliament at the House of Lords ahead of the Queen's Speech on May 11, 2021, in London.

After a two-week period of mourning, Queen Elizabeth officially returned to work on April 27, holding virtual audiences with two incoming ambassadors to the U.K.

Just a few days earlier, the queen celebrated her 95th birthday in private at Windsor Castle, where she has stayed through most of the pandemic. She issued a very personal statement on her birthday, describing a "period of great sadness" for her family.

"I have, on the occasion of my 95th birthday today, received many messages of good wishes, which I very much appreciate," Queen Elizabeth said in the statement. "While as a family we are in a period of great sadness, it has been a comfort to us all to see and to hear the tributes paid to my husband, from those within the United Kingdom, the Commonwealth and around the world."