Women's rights advocates marched again in Washington, D.C., and other cities across the U.S. Saturday, with a focus on reproductive rights. 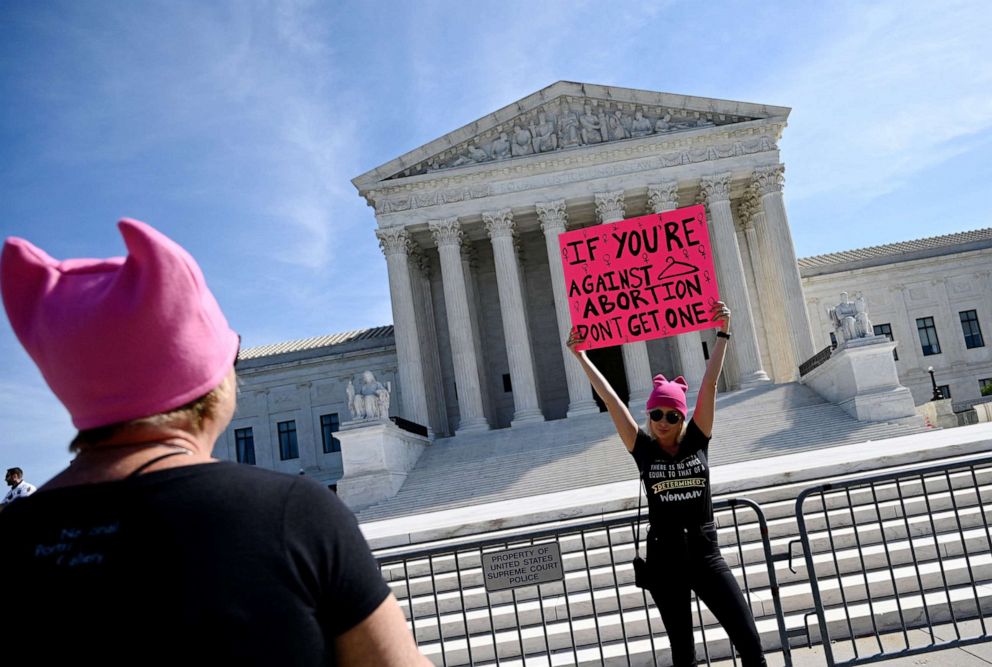 Andrew Caballero-reynolds/AFP via Getty Images
Protesters hold signs in front of the Supreme Court during the Women's March and Rally for Abortion Justice in Washington, Oct. 2, 2021.

The fifth annual Women's March was held on a date specifically chosen for its proximity to the start of the U.S. Supreme Court's new term on Monday.

Women's March organizers said the restrictive abortion law that went into effect in Texas in September motivated them to act now. 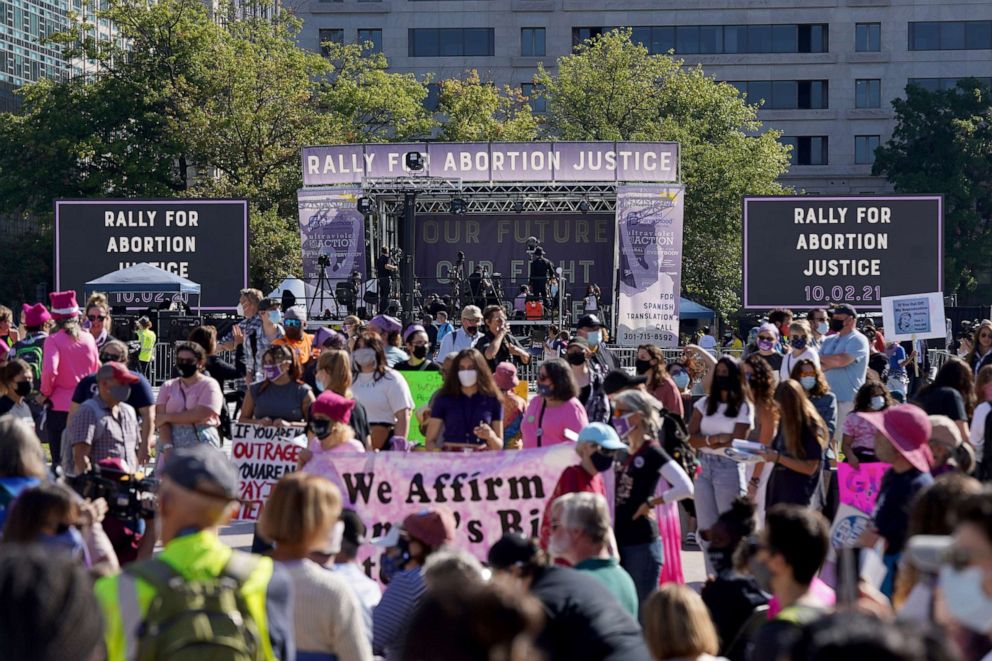 The law, which bans nearly all abortions after six weeks of pregnancy, went into effect after the Supreme Court rejected a request by Texas abortion providers to block the law as legal challenges continued.

The Department of Justice and the state of Texas faced off in court over the law on Friday, but the judge did not give any specific timeline on when he would make his decision on the DOJ's request for an emergency injunction.

"When the Supreme Court rejected an emergency request to block Texas's abortion ban, they effectively took the next step towards overturning Roe v. Wade. Simply put: We are witnessing the most dire threat to abortion access in our lifetime," reads a statement on the Women's March website. 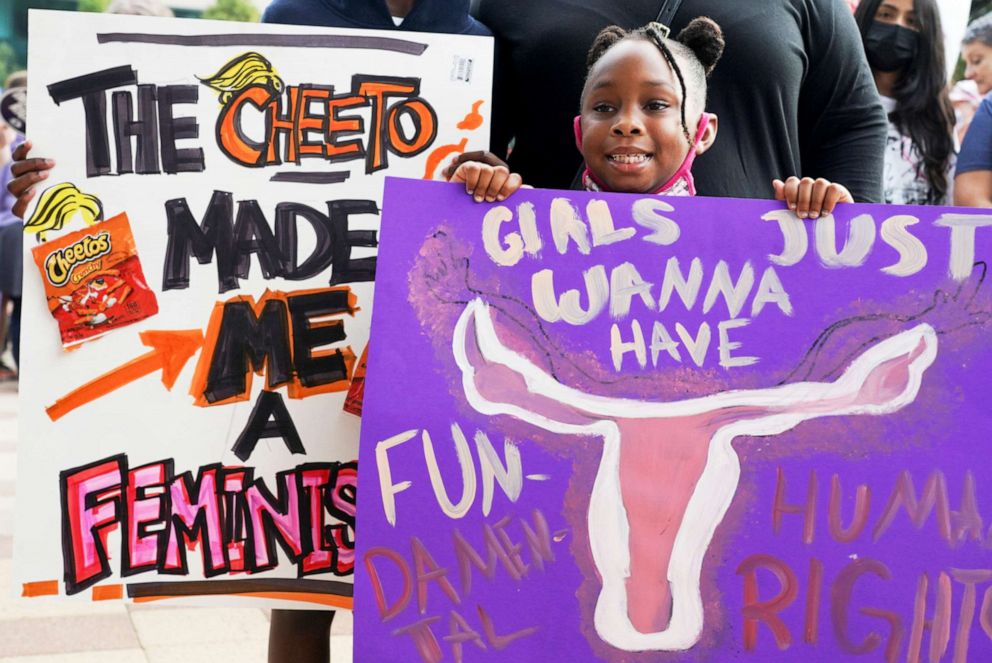 The Supreme Court also is scheduled to hear in December oral arguments in a case that could be the most consequential abortion rights case in decades. The state of Mississippi is asking the justices to overturn longstanding legal precedent that restrictions on abortion access before a fetus is viable outside the womb -- around 22 to 24 weeks of pregnancy -- are categorically unconstitutional. Mississippi wants to ban abortions after 15 weeks, or even earlier. 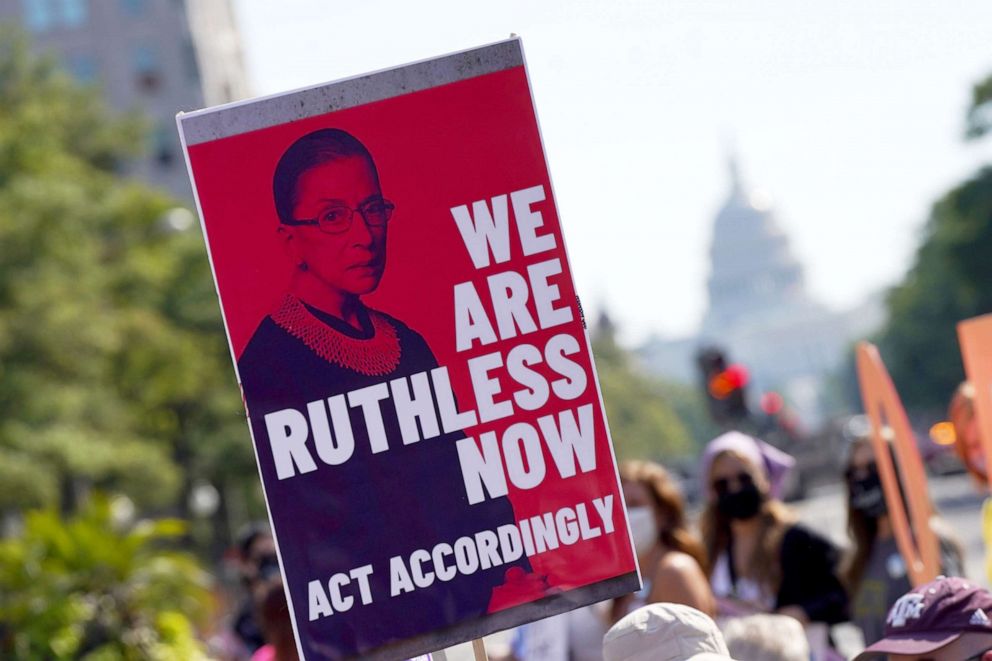 Leigh Vogel/Getty Images
Signage is displayed e at the Rally For Abortion Justice in Washington, Oct. 02, 2021.

This year's protest follows in the footsteps of Women's March protests that have taken place every year since 2017, when the first march drew more than a million people to various locations across the U.S. the day after the inauguration of President Donald Trump.

The protests have dwindled in size since the first march but have continued across the country. 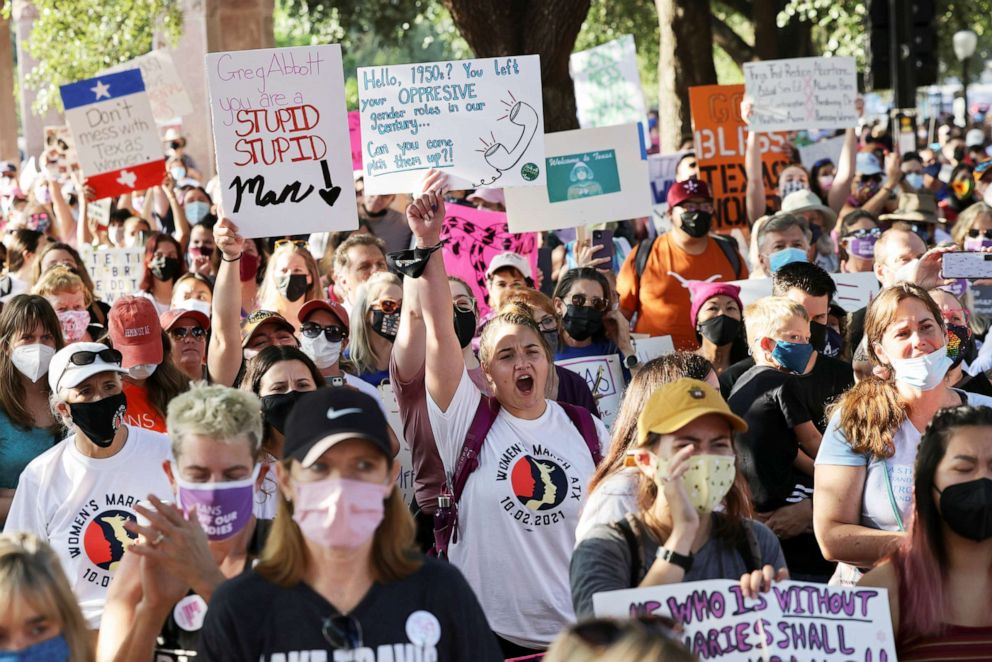 As protesters took to the streets this year to march, in addition to battles over reproductive rights, women have also experienced disproportionate job loss during the coronavirus pandemic and faced greater caregiving burdens than male counterparts, data shows.

Women's March organizers said that in addition to the Washington, D.C., march, smaller marches were planned from Bangor, Maine, all the way to Seattle. 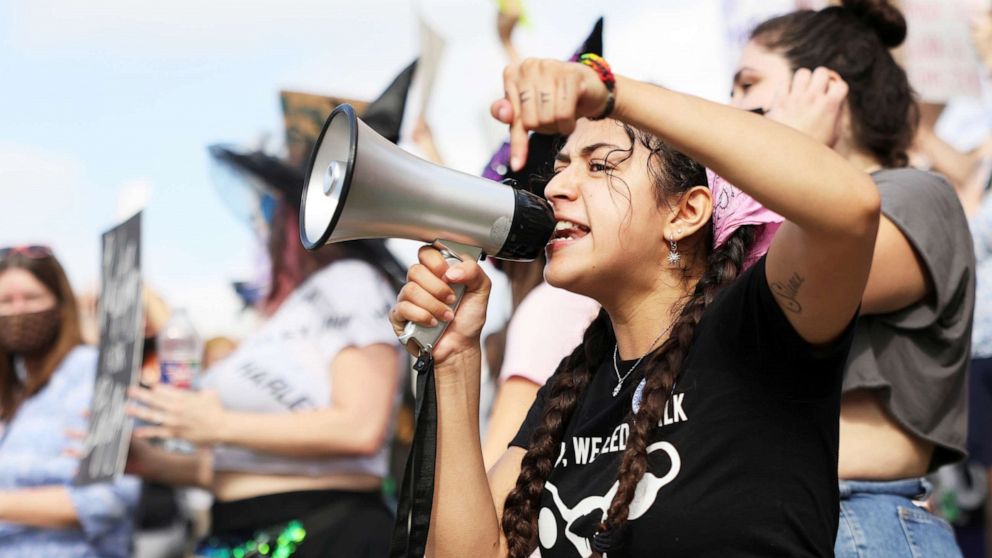 The Washington march began at Freedom Plaza, where speakers included doctors, activists and preachers -- all advocating for reproductive justice. 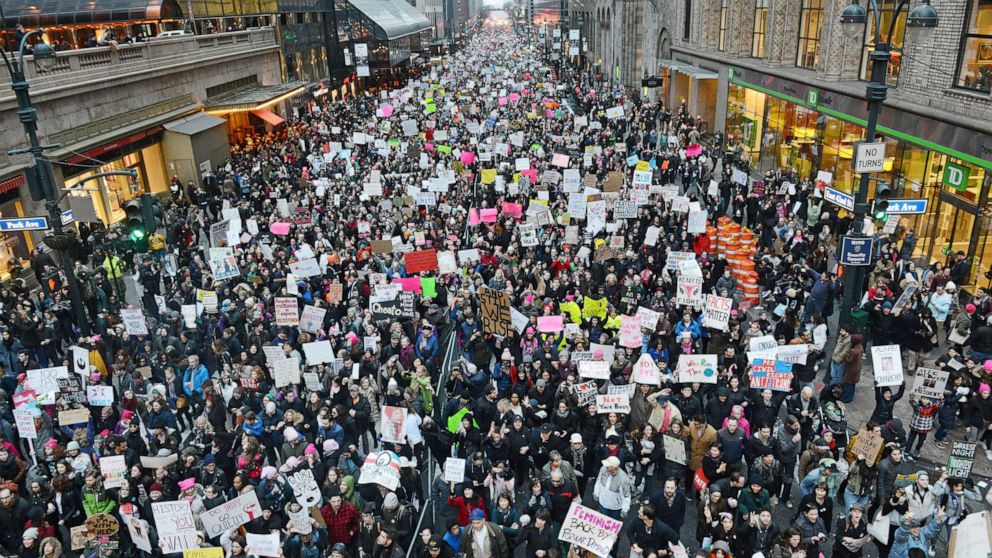 "Movements exist because of darkness…it is our job to imagine the light before we can even see it," said Alexis McGill Johnson, president and CEO of Planned Parenthood Federation of America.

Many of the speeches referenced the new Texas law.

Texas native Anna, an advocacy fellow at Jane's Due Process, a nonprofit that works with youth in Texas to access birth control and abortion, powerfully described getting an abortion at age 17. (She asked that her last name not be used out of fear of harassment.)

Monica Simpson, executive director of SisterSong Women of Color Reproductive Justice Collective, which focuses on the "reproductive lives of marginalized communities," wore a shirt that said "Trust Black Women." She spoke about the need for Black women to be at the forefront of conversations about reproductive rights because they're disproportionately affected.

The march continued along Pennsylvania Avenue toward the Supreme Court building, where particpants met with counterprotesters.

Protesters Lauren Biggs, 22, and her sister Catherine Johnson, 32, both construction workers who traveled from North Carolina to attend, rallied near the Supreme Court on Saturday.

"The march signifies empowerment and the power of the people, not just for women but all people," said Biggs, who was dressed in a white gown and blindfold as Lady Justice. "What's going on in Texas right now is disgraceful. That's what brought me here really. My heart goes out to those women and hopefully we can make a change."

She encouraged others to "vote for women" and decried what she called the "bias in the Supreme Court right now."

"I personally am not religious. I don't believe it has any place in the government. It has no place in my body," she said.