It's hard to think of anyone who beat Katy Perry in the outfit game Monday night at the 2019 Met Gala.

First, the singer and "American Idol" judge wore a huge chandelier on her head during the pre-festivities red carpet.

First we set the table, and then we dine 💎✨🍔 @moschino #MetGala2019 pic.twitter.com/kZSc6JlHBb

But she REALLY stepped her game up for the after-party.

Katy Perry being a hamburger and Jennifer Lopez walking in on her in the bathroom at the #metgala will forever be iconic pic.twitter.com/BbzObt8cZw 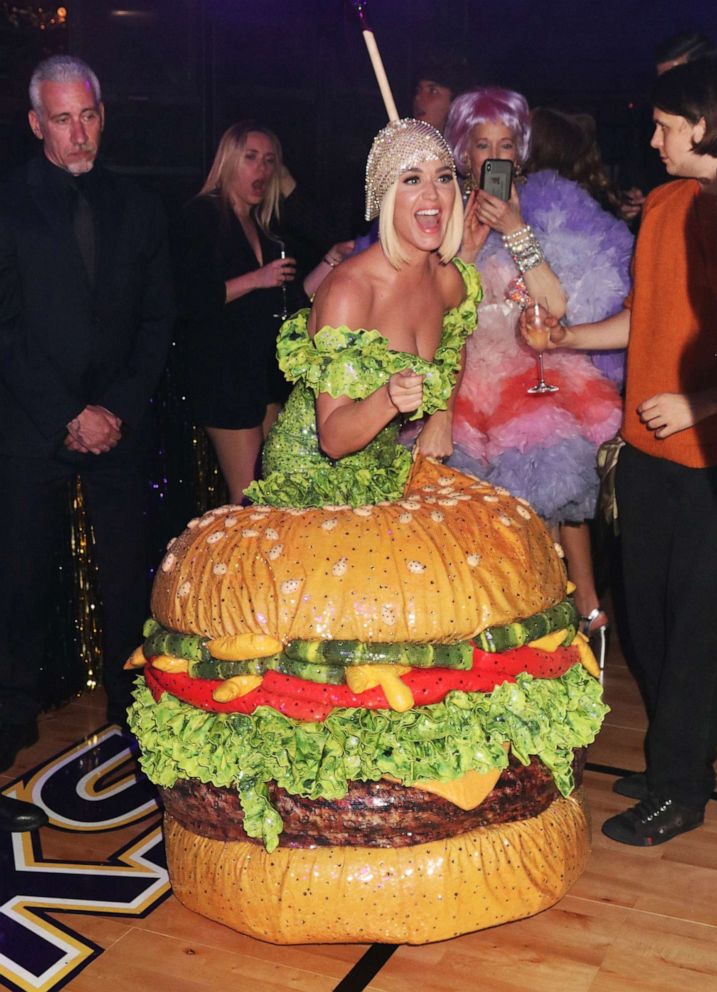 Mediapunch/REX via Shutterstock
Katy Perry at the Gucci Met Gala After Party at Hunter College, May 6, 2019.

The singer changed into a full-on hamburger outfit at fashion's biggest night. Check and mate.

The theme of the night was "Camp," but this was next level.

According to Perry and several outlets, the outfit was designed by Moschino and came with cheese, lettuce, pickles ... basically the works. It looks as delicious as it is daring.

Fans were in awe of the effort, one writing, "katy perry changed into a burger and the inside dress is lettuce!!!! SHE WINS!!!" Another noted that Jennifer Lopez walks right by as she's changing outfits.

katy perry changed into a burger and the inside dress is lettuce!!!! SHE WINS!!! pic.twitter.com/zsWXvYrnqe

We're also inspired by the fact she was able to groove and dance in that outfit.

Harry watching Katy Perry dance inside the #METGala - May 6 (via evachen212) pic.twitter.com/i2mJ62hMHi

Well played Katy, you are certainly a "Firework." We really heard you "Roar" last night.