"She's pretty for a dark-skin girl" is an unfortunate saying that many Black women have heard at some point in their lifetime.

Triggering quotes such as the one above are a form of colorism, which equates to prejudice or discrimination based on skin tone.

Simply stated, colorism is the preference for light skin over dark skin, which some call an unspoken secret that's lasted for generations within communities of color.

The idea of colorism doesn't stop with Black women. It's widespread across all genders and groups of color.

"Within Asian Americans, there is this mindset to distance yourself from other people of color by lobbying yourself as the most-hardworking and law-abiding minority in this country as a way to gain favor with white people," Malavika Kannan, who is of Southeast Asian descent, told "GMA."

Dr. Joy DeGruy, who holds a doctorate in social work research, explained to "GMA" that there is a widely accepted notion of thinking that white is the best.

"As you move along the color spectrum, the darker you are, the less important, beautiful, viable, or all of those things that society has imposed upon based on that notion of supremacy," said DeGruy.

"Colorism is rooted in proximity to whiteness." - Dr. Joy DeGruy

According to research on skin color and wages, hourly pay can vary greatly among African Americans as skin tone lightens. 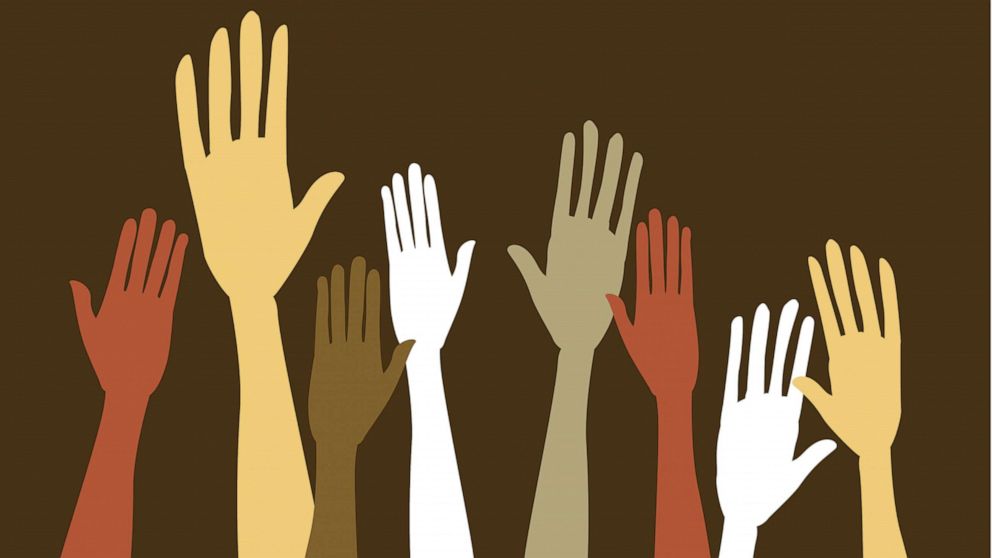 The Villanova University journal Social Currents outlined research in which lighter-skinned minorities were viewed as more intelligent by employers even if their education was identical to that of their darker-skinned counterparts.

Experts say examples of colorism have the long-lasting effects of both mental and physical trauma.

"The anti-Blackness started with the idea of the Blacker you are, the less human you are, so Black people then become not fully human beings, so everyone's distancing themselves from that," said DeGruy. "I think that multigenerational trauma is evident."

Kheris Rogers, the creator of Flexin' in My Complexion, a clothing line with a mission to empower women with dark skin, reflected on her own past challenges, telling "GMA," "One time I was in the bathtub and I wanted to stay in longer so my skin color would get lighter."

"I hated the way I looked. I just wanted to scratch the dark out of my face," Aswathi Thomas, an Indian American woman, told "GMA" of her own experience.

How is colorism combatted?

Amira Adawe from The Beautywell Project, a Minnesota-based organization that seeks to end skin-lightening practices and chemical exposure as well as empower people to embrace their identity and culture, told "GMA," "We have to teach people their ethnicities, we have to give people their history and we need to redefine beauty standards because that is a huge issue."

"We need to empower and uplift communities of color, " she said.

For people of color battling their own insecurities and biases with colorism, Adawe suggests pouring into safe spaces that allow them to freely disclose their experiences.

Adawe also recommends empowering people of color very early on through platforms such as mentoring programs. "Young people have to see representations in all fields," she said. "That helps them see that they can do whatever they want."

To ensure the next generation is better equipped to face and combat colorism, Adawe also recommends reforming current school curriculum as a gateway to teaching kids how to address the issue at an early age.