To further stop the spread of the COVID-19 pandemic, there have been many state government shutdowns on nonessential businesses such as hair salons, barbershops, nail salons.

With that, many people have been forced to discontinue the privilege of enjoying their go-to grooming services and adopt their own at-home hacks, techniques and practices.

"When all the barbershops are closed during #coronaseason you have no choice but to listen to your wife," photographer and creative director Joshua Kissi captioned an Instagram post, alongside a video of his wife Mekdes Kissi cutting his hair with a Bevel Trimmer.

This has become the new not-so-normal way of life for many who have been practicing social distancing guidance from the CDC to help flatten the curve in coronavirus cases.

Joshua Kissi continued in his caption, "@mekdeskissi I love you I just want to make sure you love my hairline too."

Mekdes Kissi, a clinical research coordinator manager at startup company TrialSpark, told "Good Morning America," "I've been begging Josh to let me cut his hair for the past few weeks but he's said no each time. I do my own beauty upkeep and was confident I could pull it off ... despite having zero experience."

Before Mekdes Kissi made her attempt at cutting her husband's hair, it had been about six weeks since Joshua Kissi had the pleasure of sitting in his barber's chair. "I tried to get my friend to come and do a house call to cut my hair and Mekdes refused to agree with me because of social distancing, and essentially, I ran out of options," Joshua Kissi told "GMA."

After weeks of coaxing, Joshua Kissi caved to let Mekdes Kissi help him out. "I excitedly ran to the bathroom and seized the opportunity," she said. "I didn't even pause to game plan or strategize. I kind of just went for it."

(MORE: How to cut your own hair at home, according to celebrity hairstylist Jen Atkin)

While they both were standing up, Mekdes Kissi started their at-home barbering session by cutting near the nape of Joshua's head to test out a comb/razor combination. Once she got in a groove, she continued to just go for it.

Joshua Kissi decided to capture the process on Instagram Live with their friends which helped to make the experience fun, "minus the fact that his head kept moving," says Mekdes Kissi.

After 45 minutes, of shaving Joshua Kissi's hair down from front to back, she finished off by working on cleaning up his hairline.

"The end result wasn't too bad at all," said Joshua Kissi. "I was really impressed with what Mekdes was able to do with a comb and clippers. We had fellow friends who are couples chime in on whether or not they would be able to do the same. I think it was a really fun way to try something new in addition to being committed to whatever the end result would be." 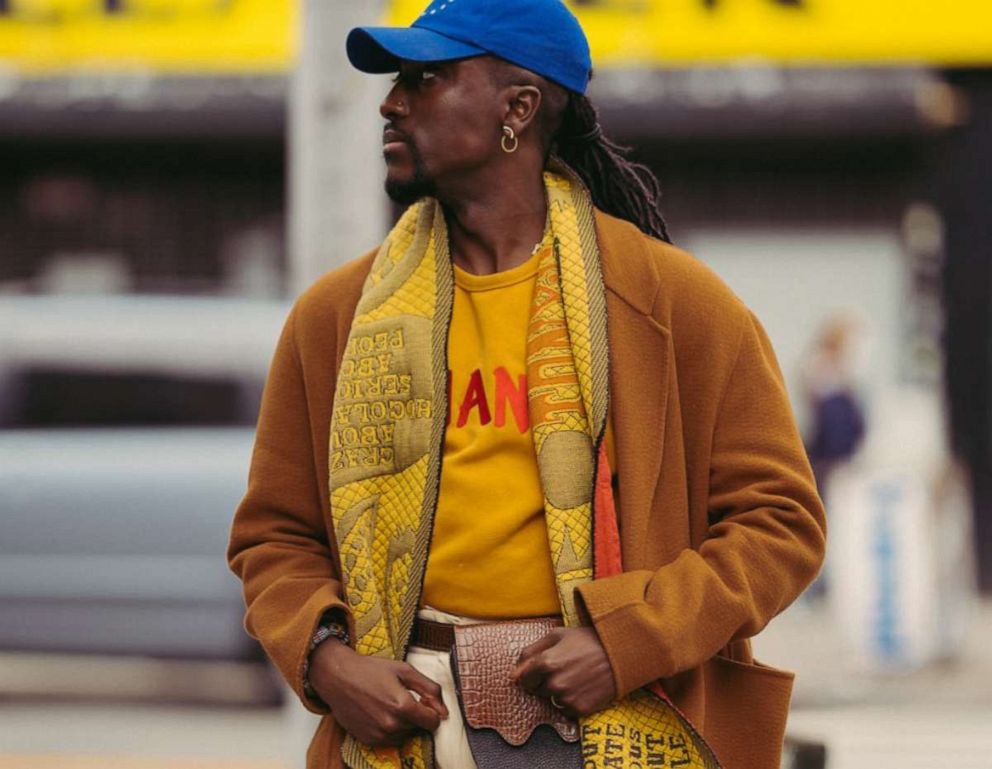 A few short days later, Joshua Kissi gave people on Instagram a look at his "Quarantine haircut fade" while posing in a stylish outfit while out for a bodega run. Comments poured in shortly after praising Mekdes Kissi's skills.

"At the moment I didn't take stock of it being a 'trust' exercise but people definitely highlighted how much he trusts me to do what I was doing," she said. "Of course, it's been great to hear from professionals that I did a great job, too."

She also mentions that a few people offered tips advising that she was holding the comb upside down. Another, suggested that she should use a razor guard next time.

"This is not the opportunity to joke around and pull a prank on your partner -- they are trusting you with their appearances so this is a make or break moment," Mekdes Kissi added. She also mentions watching YouTube and Instagram videos for guidance.

"I hope that our video inspires other couples to take a leap of faith and help their partners stay fresh," she said.