On Friday, she wore a vibrant fuchsia skirted suit while visiting the Nook Children's Hospice in Norfolk, England. 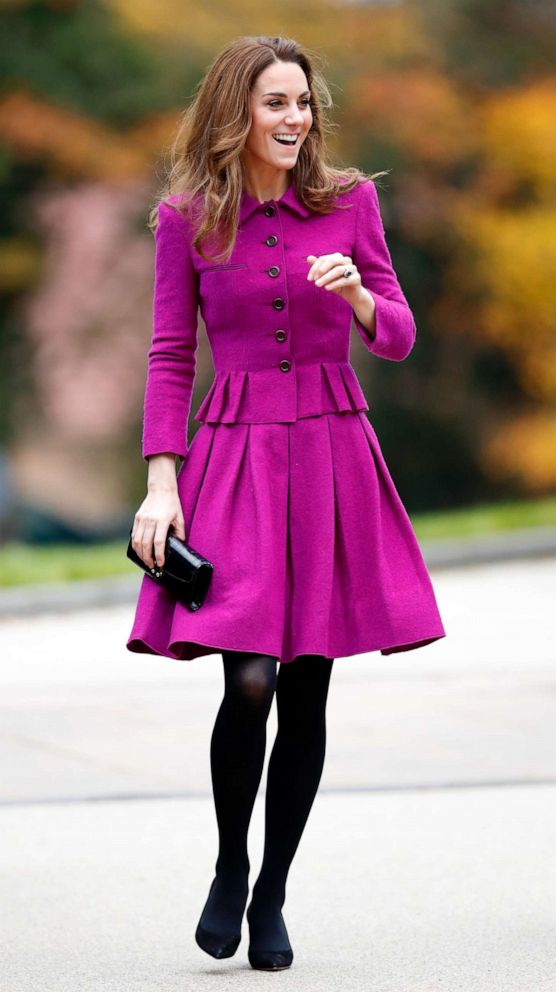 In case you are wondering: why her look might seem familiar? It's because she wore the same outfit in January during a visit to the Royal Opera House in London.

This actually isn't the first time the Duchess of Cambridge has pulled a repeat from her own closet. In March, she was spotted wearing the same Alexander McQueen dress to the National Portrait Gallery in London that had previously worn to the 2017 British Academy Film Awards.