Cindy Dwyer, was diagnosed with stage three brain cancer in 2013, and underwent surgery, 35 days of radiation and a year of chemotherapy. After upending her life and battling her illness, Dwyer, now 57 years old, made a full recovery -- except for a patch on her head where the tumor was removed. 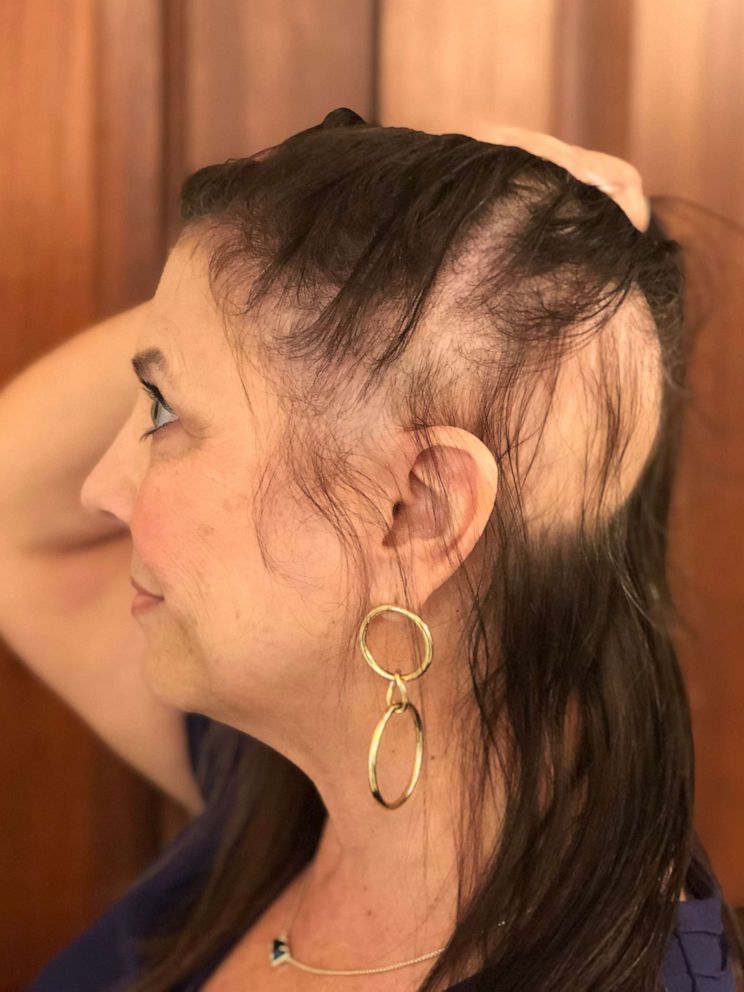 Her doctor told her that the hair follicles were burned, but after months of waiting, Dwyer came to terms with the fact that her hair wasn’t coming back.

She said she started looking around for something that would make her love her hair again.

"I was searching for a hair piece that would work for me," Dwyer told "Good Morning America," noting she finally found a line of hair pieces or "toppers" crafted from human hair from a brand called the Lauren Ashtyn Collection. "When the topper was placed on my head I looked in the mirror, and I was filled with joy. I felt whole again. It was one of the best days of my life.”

(MORE: New drug for alopecia shows promise: What you need to know) 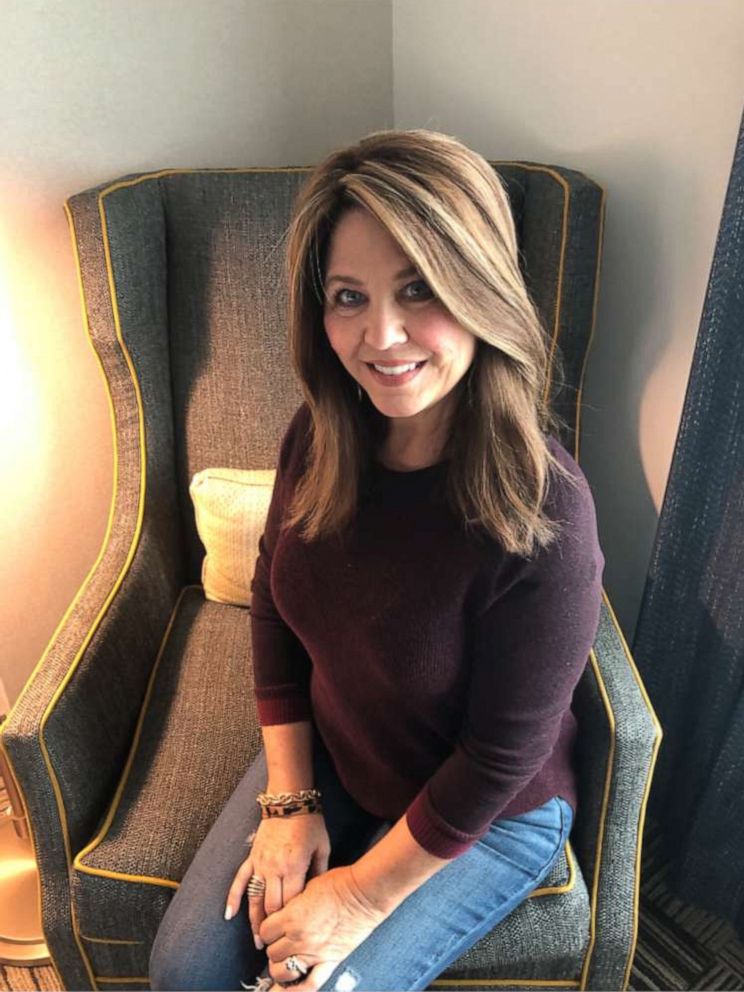 Many think that only men have to worry about hair loss, but according to the Cleveland Clinic, more than 50% of women will experience noticeable hair loss. Female-pattern hair loss (FPHL) affects approximately 30 million women in the U.S., the Cleveland Clinic reports, and women over 40, women who just gave birth and women undergoing chemotherapy are among those most commonly affected.

For women experiencing hair loss, the impact that a hair piece can have on their lives goes beyond the superficial.

In addition to giving women their confidence back, they can also help women who need to keep up a certain appearance for their job. 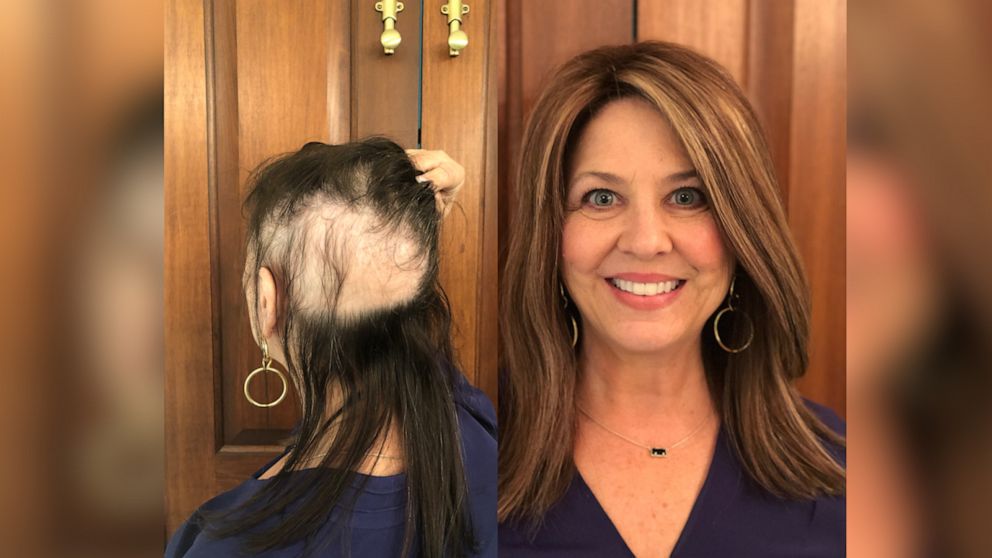 One such woman is Jackie Kostek.

Kostek, a reporter based in Chicago who appears on segments of "You and Me," a local morning talk show, said she started noticing that her hair was thinning about four years ago.

“One day I came home, put my hair in a ponytail, when I looked into the mirror I was shocked. It dawned on me that my hair was getting thinner,” Kostek recalled. 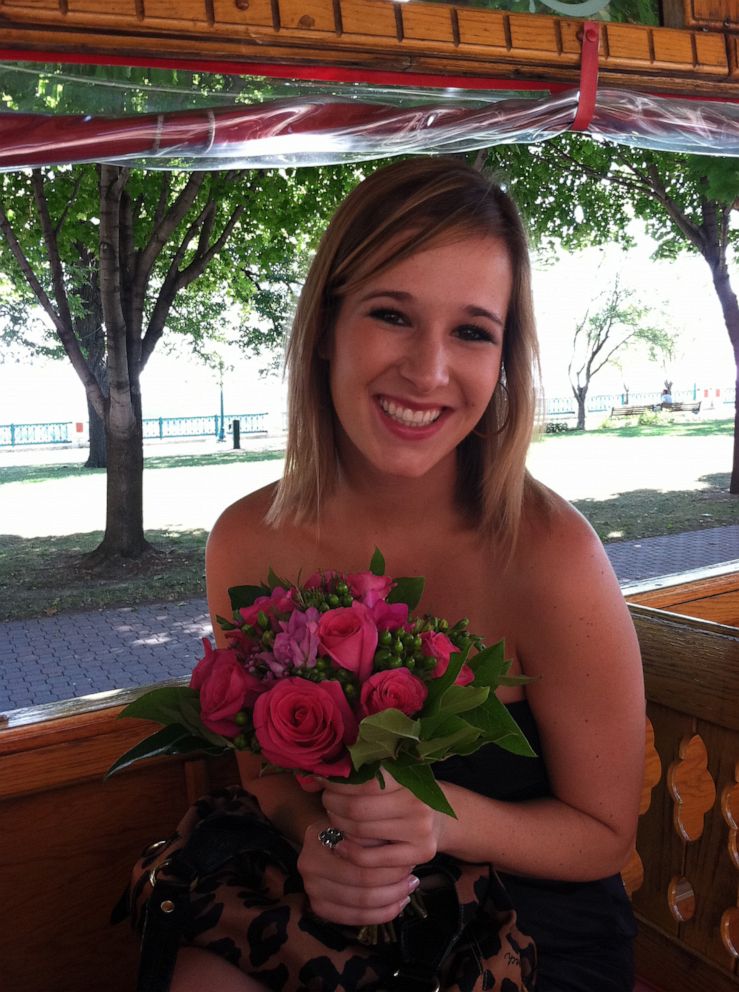 Then she started seeing more of her hair in the bathroom sink, and less of it on her head.

“For about six months, I cried every single day,” she said. “I wondered if a man would ever find me attractive again, or if I’d be able to fulfill my lifelong dream of working in television—being an on-air reporter and anchor.”

After doing some research, she realized that her hair was likely falling out due to stress and genetics. 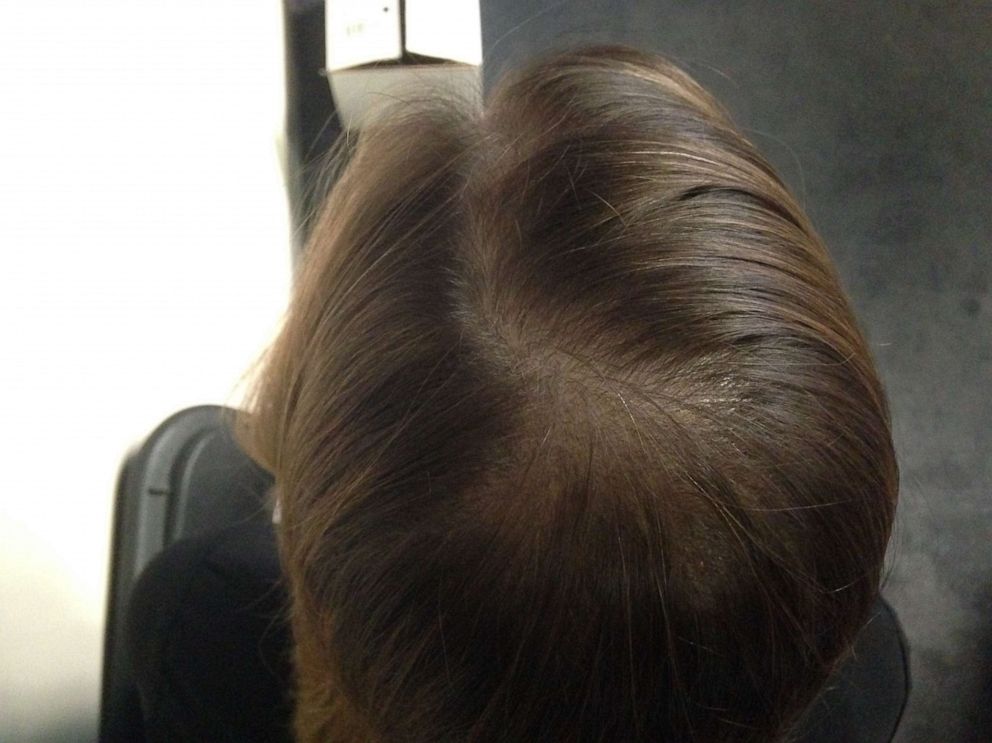 She tried a bunch of remedies for about seven months, to no avail. But then she started researching extensions and turned to a hair piece.

(MORE: 9-year-old boy grew his hair for 2 years and donated it to kids in need, despite being bullied)

Kostek shared her hair loss journey in a segment with her viewers as she reached out to the Lauren Ashtyn Collection see if they’d be willing to help her. The result was an on-air segment of Kostek trying on a topper for the first time, and having it trimmed to match her haircut.

The Lauren Ashtyn Collection uses human hair and matches the color and style to each client, the company told "GMA." It began as a company that catered to hair extensions for women, but has expanded its offerings to provide clip-in toppers for women with mild to severe hair loss.

“Ashtyn comes up to Chicago, she puts the hairpiece in my hair, and there’s this moment…where I look into the mirror and I say, “I love it, love, I love it, I love it!” And at that moment I knew that I had found my solution. I had found the thing that was going to help me do the things I really wanted to do.” 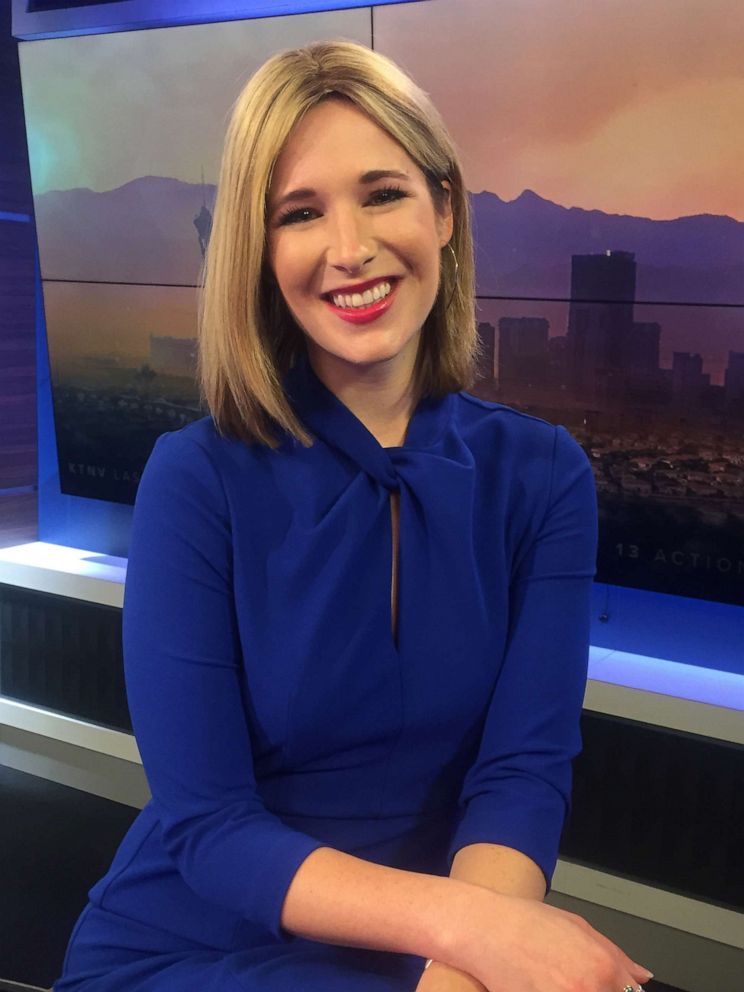 There are many hair loss treatments on the market today, including Rogaine, Aldactone, iron supplements.

In addition to the Lauren Ashytn Collection, whose pieces retail from $450 to $900 on average, brands such as Uniwigs, Headcovers, and Wigs.com all provide hair pieces for women who experience balding or hair loss.