While many people know a trip to the hairdresser can save you from a bad hair day, it could also save your life.

That was the case for an Illinois-based woman, Mary Rahilly, who had an appointment for a cut and color. Her hairstylist, Sharon Lupo, who she visits regularly, noticed something new and unusual on her scalp -- and suggested that she visit a dermatologist.

"It was almost a discolored spot. I knew I had to tell her," Lupo told "Good Morning America."

After making a rush appointment, Rahilly's doctor could almost immediately tell it was a form of cancer and proceeded to run a biopsy, which confirmed it. 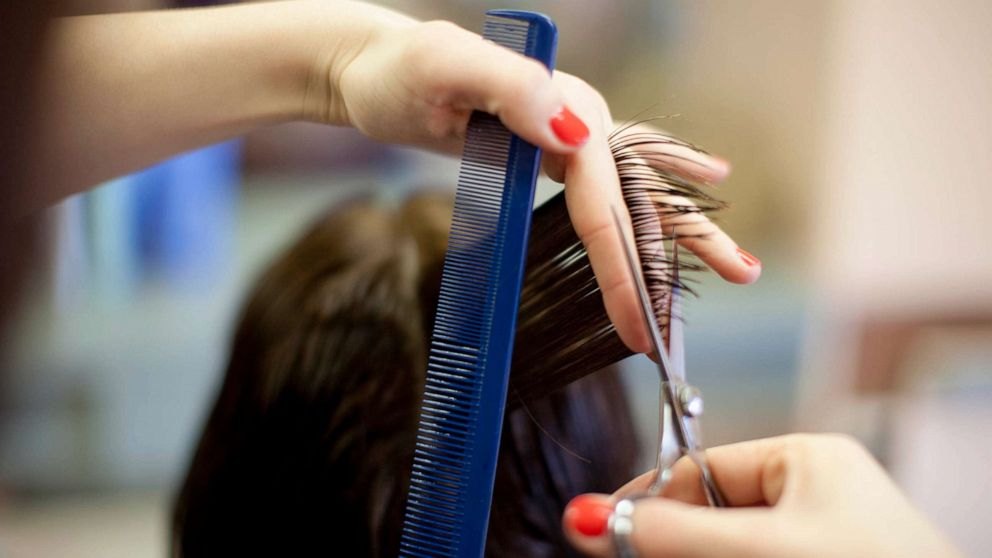 STOCK PHOTO/Getty Images
A woman gets a haircut in this undated stock photo.

"It's a place where skin cancers tend to be diagnosed late, because oftentimes they're covered by hair and not easy to see," she said.

In Rahilly's case, Lupo was able to get a good look at what was hiding underneath her client's hair.

Luckily, Rahilly got the squamous cell on her scalp removed before it spread.

"She knows I'm grateful and that, you know, she's an awesome person. She is," Rahilly said. Lupo chimed in, sharing that Rahilly called her a hero.

Skin cancer is one of the most common cancers in the United States, with one in five Americans developing it by the age of 70, according to the Skin Cancer Foundation.

Because hairstylists can play an integral role in spotting skin cancer in this often-hidden area, Beshad started Stylists Against Skin Cancer, a program to teach cosmetology students how to properly identify these cancers.

There's also another program Sty-Lives, short for Styling Hair and Saving Lives, that is led by two Ontario-based medical students and has launched across Canada with the Save Your Skin Foundation. The foundation trains hairdressers to spot lesions on the ears, faces and scalps of their clients.

A post shared by Save Your Skin Foundation (@saveyourskinfdn)

Dr. Whitney Bowe, a dermatologist, shared some of her tips and best practices for spotting skin cancer with "GMA."

"I highly recommend doing a self exam every month and looking at your skin closely from head to toe," she said.

Bowe also recommends recruiting a friend or loved one to look at places you can't see, such as behind your ears, your back and the back of your neck as well as the legs.

Important things to look for:

When looking for skin cancer, Bowe says to look at:

When it comes to the summer months, skin cancer prevention is key, according to Bowe.

She suggests broad spectrum sunscreen and re-applying every two hours to dry skin or more often if you are wet, swimming or sweating.

"But sunscreen is not enough," she added. "Also wear sun protective fabric, a broad rimmed hat, sunglasses, and seek shade especially when the sun is at its peak."