With Election Day fast-approaching on Nov. 3, it's time to start making your way to the polls and also encourage others to do the same.

With that, celebrities, influencers and retailers have been showcasing merchandise that inspires others to get out the vote. 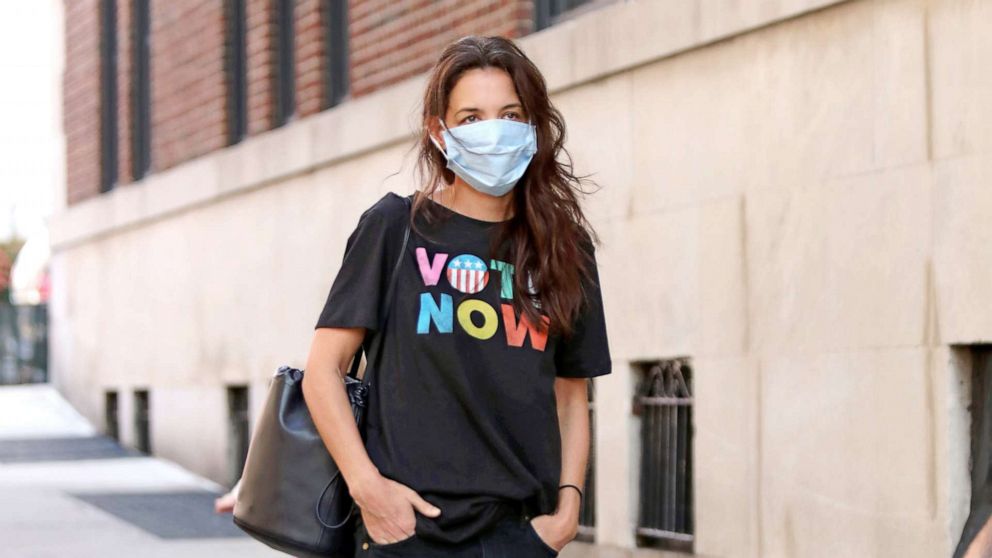 Also, former first lady Michelle Obama's "VOTE" necklace worn for the Democratic National Convention had many people wondering where it was from.

It didn't take long for the world to find out her 14K yellow gold adornment was from Los Angeles-based designer ByChari.

"Michelle Obama is one of the most impactful women on the planet -- not to mention a style icon," the brand wrote in a post. "To say we're inspired by her dedication to helping others and lifting up women and minorities would be an understatement."

ByChari continued by thanking Obama and her stylist Meredith Koop for this special opportunity and saying, "We hope that everyone lets their voice be heard this November by voting."

Following the huge interest in Obama's necklace, her nonprofit, nonpartisan organization When We All Vote has released "Vote 4EVER Merch," which is a collection of everything from apparel to lifestyle products. Items are from diverse brands across the country, including Black-owned and woman-owned businesses.

The new line is a part of the collective's mission to change the culture around voting and increase participation in every election.

"The vision for this collection was to create unique covetable pieces in collaboration with talented creatives and business owners around the country," Meredith Koop, When We All Vote's creative adviser of merchandise, said in a statement. "With so many 'vote' products on the market, we put a lot of energy and soul into curating high-quality products that are thoughtfully designed. Made in Brooklyn, Durham, D.C., Detroit and L.A., our Vote 4Ever Merch brands in some small way showcase the beautiful diverse country that America is.”

When We All Vote plans to release another set of items in October with a percentage of proceeds earned going back to the organization.

For more necklaces like Obama's stylish necklace or Holmes' casually cool top, scroll ahead for a roundup of our favorite "vote" merchandise.

Celebrities such as Katie Holmes have been spotted in Old Navy's "VOTE" t-shirts. The launch of the company's vote-inspired merch also ties closely to its commitment to pay employees to Power the Polls.

The online personal styling service is donating 100% of net proceeds made from their "VOTE" tees to the League of Women Voters Education Fund. The t-shirts are made sustainably with recycles and repurposed fabrics and are available in sized XS-3X.

Shopbop has released an exclusive collaboration of clothing with I am voter which is a nonpartisan movement dedicated to creating a cultural shift around voting and civic engagement. When you text "SHOPBOP" to 26797, you will receive details on checking your registration status, requesting an absentee ballot, finding your polling place and more.

The New York-based brand is giving shoppers who snap a photo of their "I voted" stickers or mail-in ballots 10% off their next purchase with a special code when they text 917-451-3483. The code will be valid until Dec. 31.

The modern ear piercing and jewelry brand launched a Vote capsule collection in September with three new earrings. Twenty percent of each purchase is donated ($10,000 min donation) to WWAV to support its mission to increase participation in the election.

Everyone from model Karlie Kloss to former second lady of the United States Jill Biden have been spotted in Stuart Weitzman's chic "VOTE" knee boots. "These boots were made for voting," Kloss wrote in an Instagram post.

Comedian and television host Chelsea Handler was recently spotted enjoying some pool time while wearing Stella and Bow's Voter necklace. It's 14K and available in gold vermeil or sterling silver for $65.

Step to the polls in style with Reebok's red, white and blue Vote sneakers inspired by the brand's classic Club C design. On the back of the sneakers, there is "VO" on one and "TE" on the other.

Brother Vellies x When We All Vote

Designer label Brother Vellies has teamed up with When We All Vote to launch cool "vote" canvas socks.

Fellow entrepreneurs, mothers and friends Maya Brenner and Nyakio Grieco have come together to release a Unity line of jewelry that includes a VOTE necklace and earrings. Fifty percent of the proceeds of all sales will be donated to various organizations to amplify, celebrate and support black voices.

These Camila Cabello-approved Naturalizer Callie VOTE boots will be a must-have this fall. They retail for $150 and are available in a beautiful black leather texture.

Elevate any look you wish with this fun Vote Pin that's available in yellow, rose gold, and silver-plated tones. 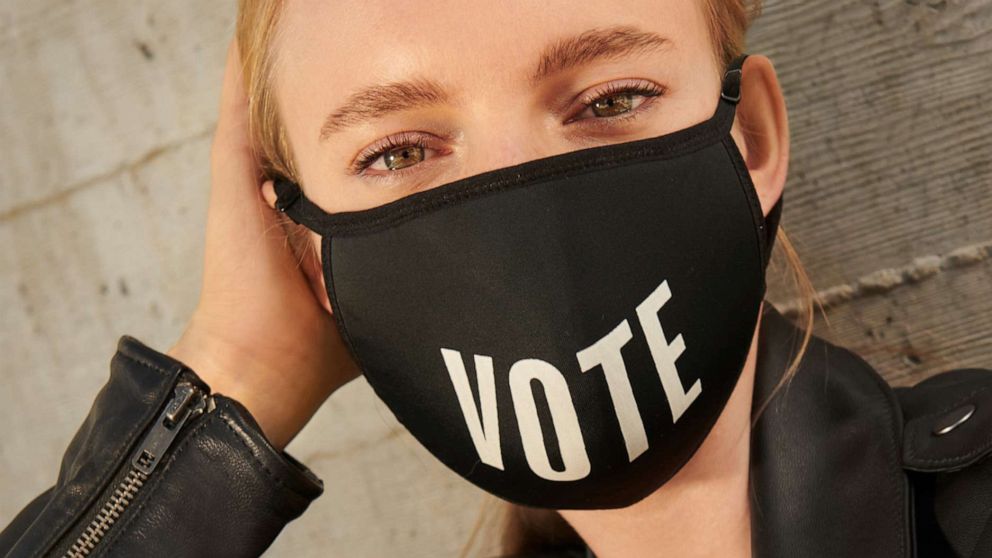 Bloomingdale's
Bloomingdale's teamed up with Allen Hughes to release a limited edition "vote" face mask to help support the When We All Vote organization.

Make a statement while keeping yourself as well as others protected with Bloomingdale's When We All Vote face masks. Ten dollars from the price of each pack of masks purchased now through Election Day will support When We All Vote which is a non-partisan, non-profit organization working to increase participation in every election and close the race and age voting gap.