Paris Fashion Week was full of twists, turns, excitement... and a runway crasher?

During the finale walk at Chanel's Spring 2020 show, a woman wearing a black and white tweed suit and a black hat quickly skipped out onto the runway.

She was not a part of the presentation, but she certainly made herself a part of it.

It was a surprise moment that nobody seemed to see coming.

The moment #GigiHadid confronted a prankster who ran onto the #Chanel runway to join the finale. The unidentified woman ran from the audience to disrupt the show, but was soon led away by Hadid and then surrounded by her and a group of models. Stay tuned for full coverage of the show.

After parading on the runway for a few short minutes, security ran towards her in efforts to escort her off the runway. However, model Gigi Hadid beat them to the chase.

Hadid confronted the prankster near the photo pit of the show and escorted her away. 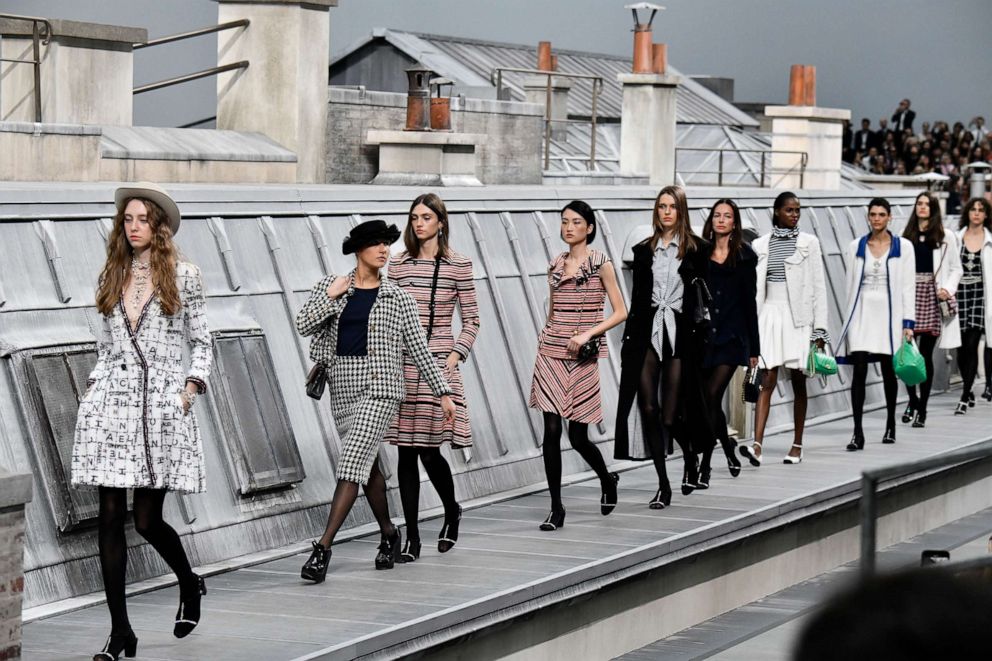 Victor Virgile/Gamma-Rapho via Getty Images
A spectator inserting herself among the lineup of models during the finale, identified as Marie Benoliele, during the Chanel Ready to Wear Spring/Summer 2020 fashion show as part of Paris Fashion Week on October 01, 2019, in Paris.

WWD has identified the woman as Marie Benoliel who is more popularly known as Marie S'Infiltre, a Paris-based comedian with a YouTube channel that has over 227,000 subscribers.

Omg a woman literally just CRASHED the Chanel finale and @gigihadid just bounced her off stage, what an iconic moment pic.twitter.com/Rsk3dJkwKJ

Models as well as attendees were in shock by the stunt, and many took to social media to share the unexpected moment.

"I loved the show. I got a little scared when homegirl flew out there," said front row attendee and rapper Cardi B.