Fans went wild earlier this month when Rihanna revealed that she was expecting her first child.

Many people already can't get enough of the glitz and glamour she's showing off with her stylish maternity looks.

When it was first announced that she and A$AP Rocky were having a baby, the couple was photographed walking hand-in-hand through the streets of New York City.

Throughout the reveal photos obtained by People, she was photographed wearing a bright pink vintage Chanel puffer coat and low-rise, loose-fitting jeans along with jewels and chain belts.

During one of the following weeks, she posted another look where she's wearing an all-black ensemble and red lipstick as well as another image wearing a trucker-style hat, an animal-print hat, a brown crop top and more low-rise jeans.

Ahead, check out some of Rihanna's latest, greatest and most standout pregnancy-style looks. 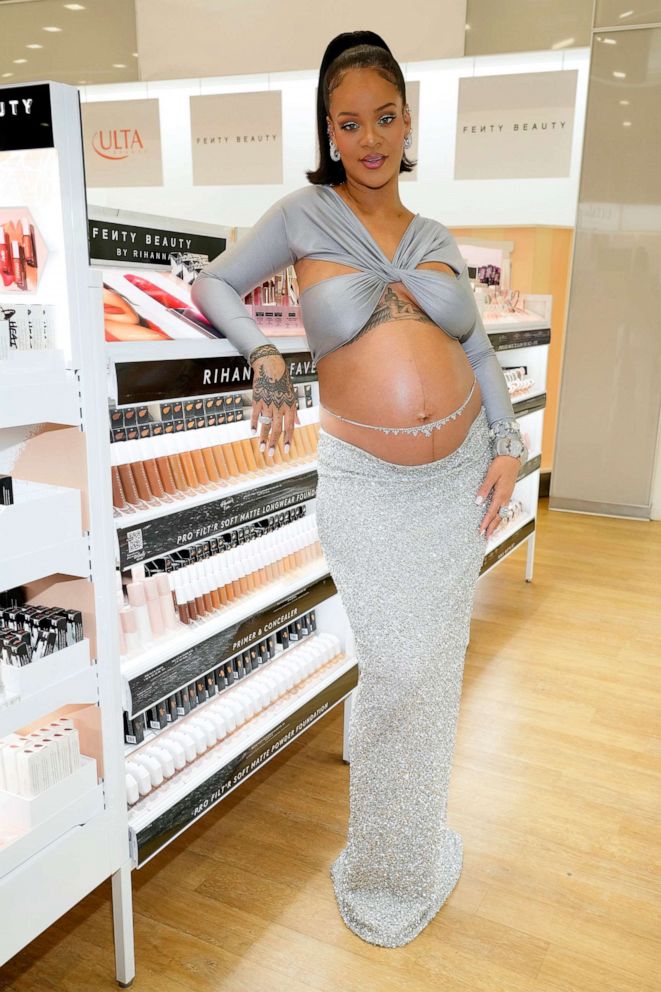 While celebrating the launch of Fenty Beauty at ULTA beauty, the "Diamonds" singer sparkled and shined wearing a metallic long sleeve crop top, matching sequin maxi skirt by Coperni along with and a glowing belly chain and a high ponytail that was gently flipped at the ends. 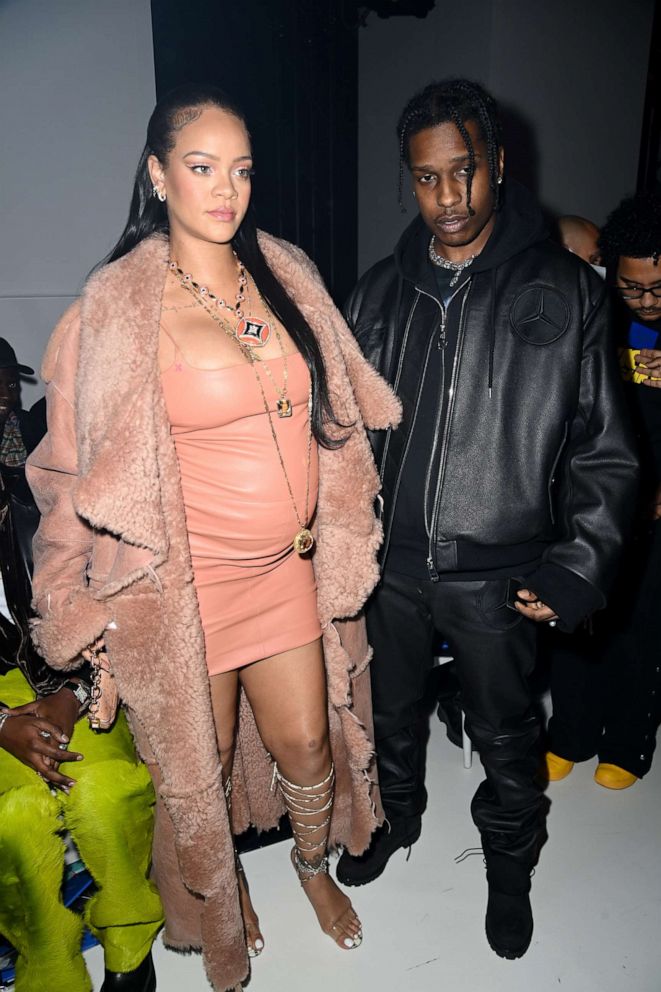 On Feb. 28, Rihanna and ASAP Rocky posed for cameras at the Off-White Womenswear Fall/Winter 2022/2023 show during Paris Fashion Week. Rihanna wore a vibrant monochromatic peach mini dress along with a matching coat. 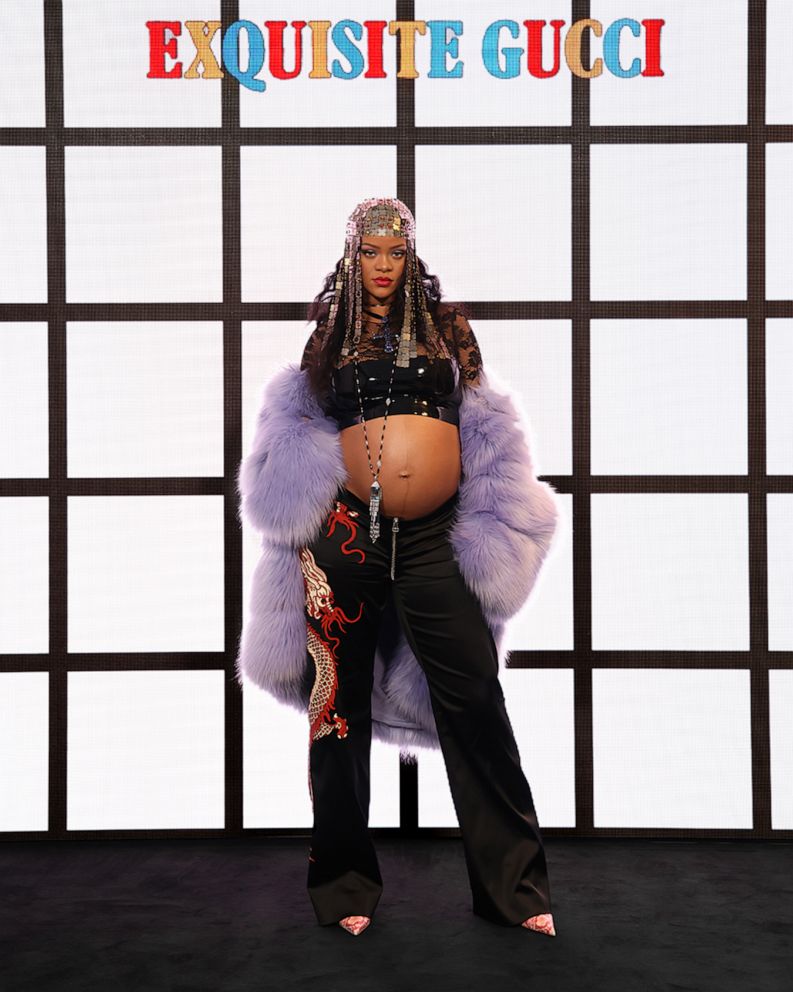 The singer and businesswoman also struck a pose in Milan for Gucci's Fall/Winter 2022/2023 show wearing a purple fur coat, flared black pants, a crop top and a metallic headdress.

MORE: Rihanna opens up about her pregnancy, says it didn't feel 'real' at first 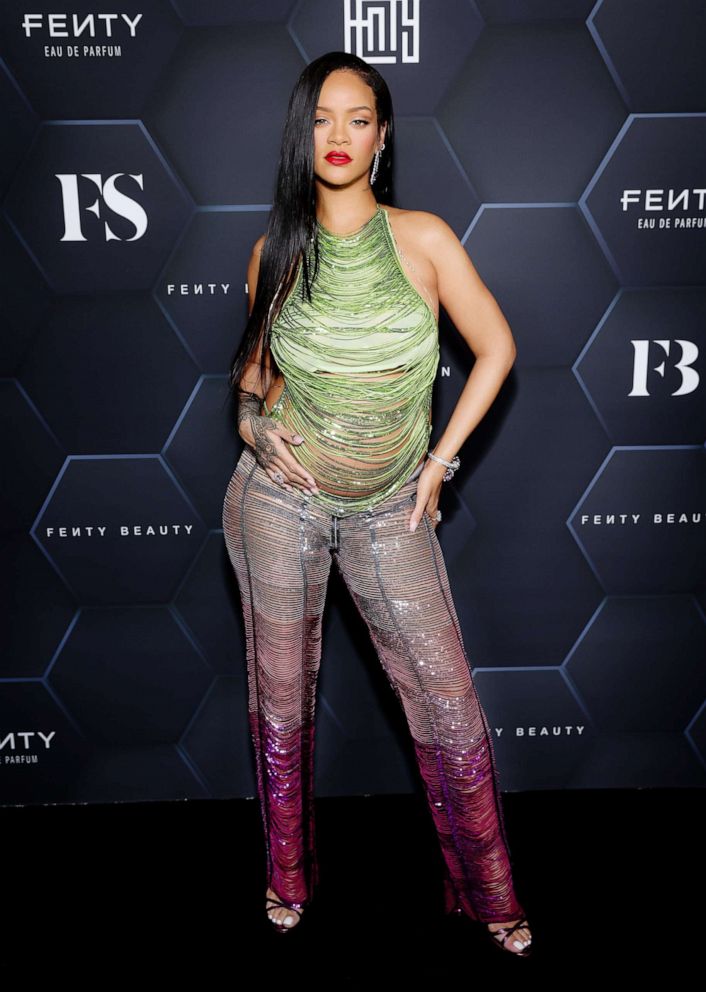 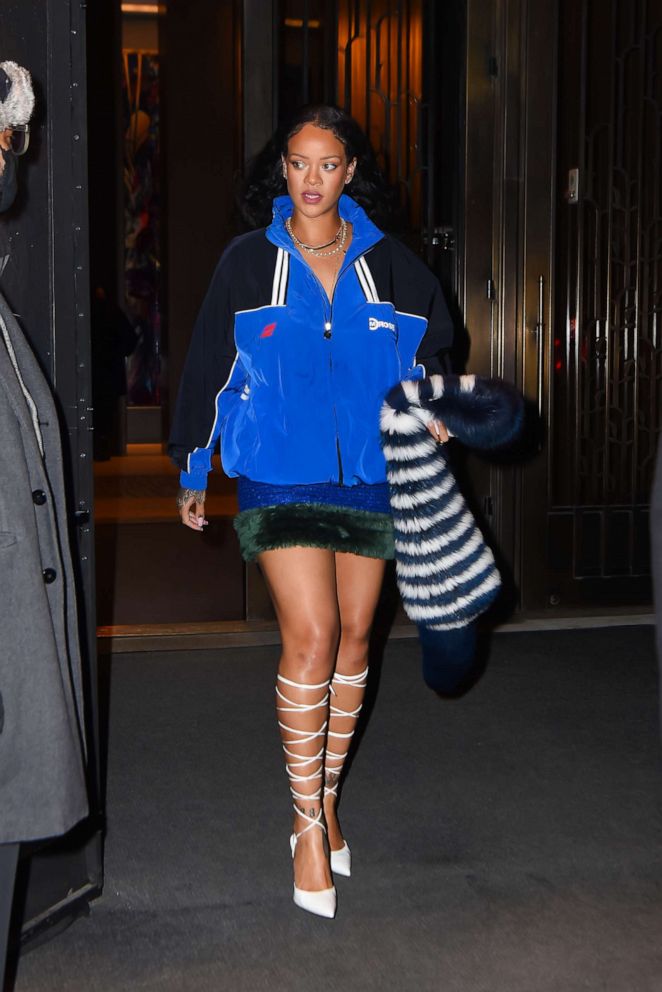 Robert Kamau/GC Images via Getty Images
Rihanna is seen in Manhattan on Jan. 27, 2022, in New York.

In February, she shined in style as she attended a Fenty Beauty Universe event where she wore a metallic fringe set from The Attico that featured sparkling hues of green and purple. Rihanna set the look off with fiery red lipstick.

Shortly after it was initially announced that Rihanna was pregnant with her first child, she posted a photo of herself on Instagram wearing an orange sports jersey and orange gloves with her bare growing stomach on full display.

Editor's Note: This story was originally published on March 3, 2022.