A few months ago, I found myself fumbling with a headline for a story that focused on the best swimsuits for curvier women like me.

An easy go-to was to add the term "plus-size," but I stopped and thought to myself, "Is that actually the best descriptor?"

She went on, "It just wouldn't happen. A woman is a woman, a model is a model. It's plain to see the difference from one to the other, naturally. Next!"

Emme, whose given name is Melissa Miller, joined Ford Models when it launched the Ford Plus Division in 1987 under the direction of Patty Sicular. 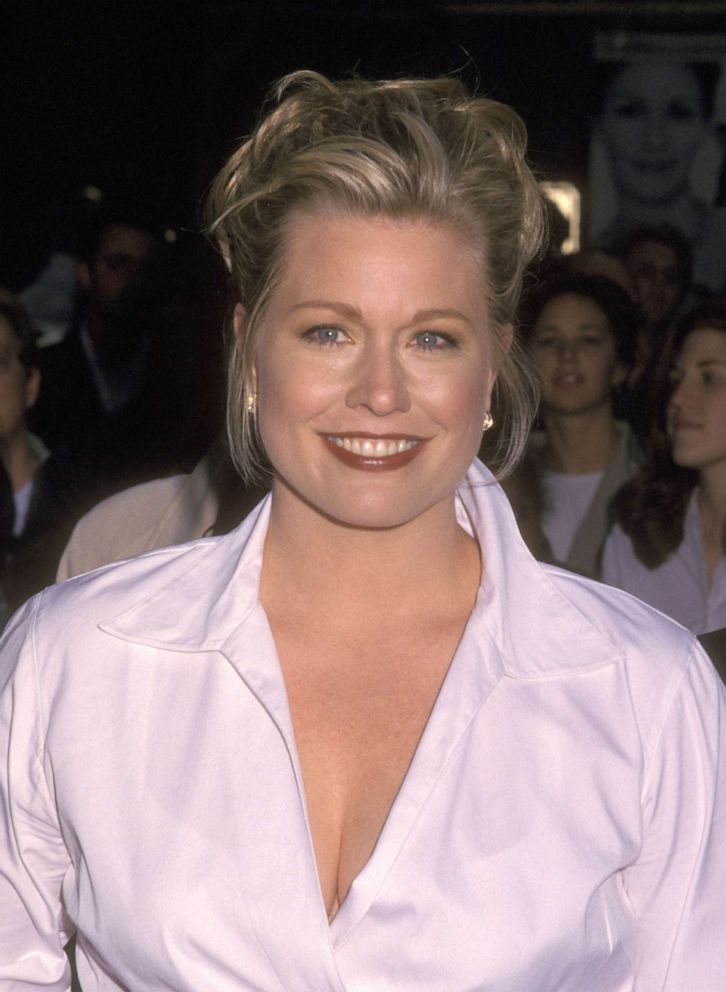 "We changed the direction of 'plus' from 'overweight models' to 'models in great shape,' toned gorgeous bodies ... beautiful models who changed the look of the division and clients' expectations," Sicular said.

Emme, 56, went on to grace magazine covers, work with big beauty brands and become one of the highest-paid models in the industry. She was labeled by Oprah magazine as the "godmother of the full-figured industry."

In the years that followed, many other "plus-size model" firsts continued, and one groundbreaking moment arrived when model Denise Bidot opened Chromat's SS15 runway show in 2014. Prior to this, fashion week hadn't seen a lot of full-figured women in traditional shows for sizes 00 to 12, called "straight-sized" within the industry. More recently, model Hunter McGrady, a size 16, graced the pages of the Sports Illustrated swimsuit issue. Her thoughts on the term are mixed. 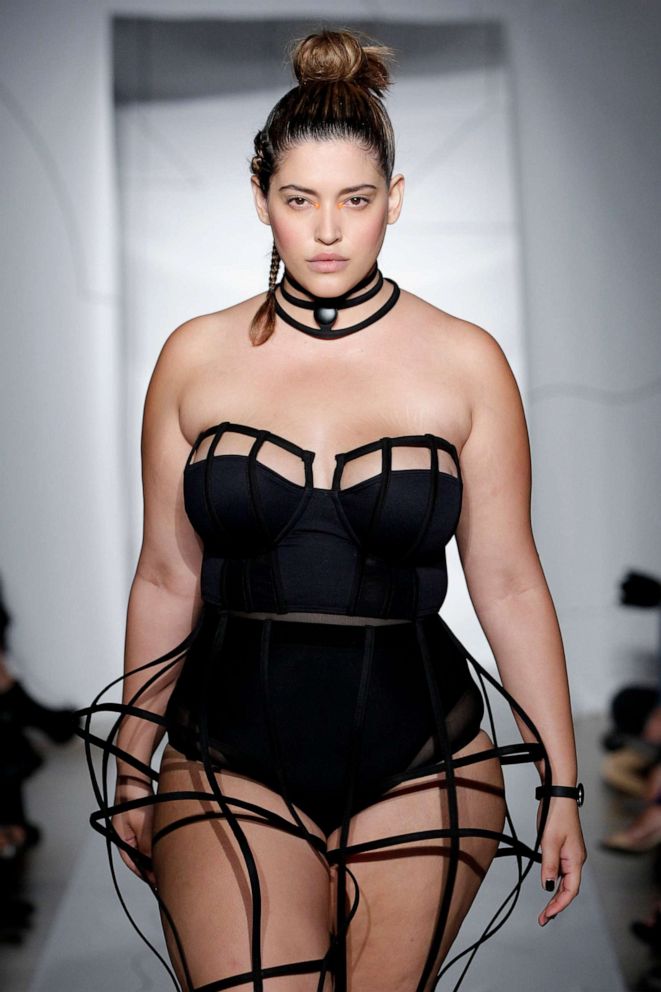 "Had you asked me a couple of years ago, I would have said no because I felt like it segregated so many women," said McGrady. "Although throughout my career and having many talks with women, quite a lot of them are proud of the title and wear it like a badge of honor, and who am I to say that is wrong?"

The average American woman wears between a size 16 and 18, according to a study by the International Journal of Fashion Design, Technology and Education. Yet only 2,000 stores cater to women above size 12, Torrid's CEO Liz Muñoz noted, compared to more than 60,000 stores that cater to traditional straight sizes, 00 to 12.

One of the earliest uses of the term plus-size dates back to the early 1920s in association with designer Lane Bryant. The Wall Street Journal reported that in 1922, "The chain began advertising 'Misses Plus Sizes,' which offered roomier versions of clothing from the 'misses' size category. Five years later, newspaper ads for the chain showcased 'plus sizes' without the 'misses.'"

By definition, plus-size is used to describe "extra-large" apparel.

Reclaiming the word and changing the conversation

There are conflicting views when it comes to the verbiage to describe clothing for full-figured women, but there many who now find power in saying "plus-size."

If you search for the hashtag #plussize on Instagram, over 19,000 images of individuals of diverse backgrounds appear and a majority of them exude an aura of confidence and joy. There are also more than 940,000 women who happily tag themselves as plus-size bloggers and influencers.

Body positive activist and plus-size model Carina Shero who also confidently refers to herself as "fat" said, "Being able to have a term that specifies that there will be larger sizes is helpful."

"However, I'm hoping we will get to a point where every clothing line just automatically has a full-size range, and we don't need the term plus-size because then every store will actually carry our sizes," she said, "but I don't know when we're going to get there."

Events such as The CurvyCon, a three-day extravaganza discussing all things related to plus-size fashion, embrace the term. CurvyCon co-founder Chastity Garner Valentine feels "grateful" for the term.

"From a logistical place, it has allowed me to be a resource for women looking for plus-size clothing," she said.

Plus-size brands championing beyond a size 10

Today, household retail giants such as Macy's heavily promote the term "plus-size" in stores and online.

"As a plus shopper myself, I find it easier to shop when I see the section clearly labeled in stores," said Jill Ryland, Macy's buyer for plus size and style crew ambassador.

"Women are proud of their bodies and are not ashamed, nor should they be," she continued. "In fashion, women expect stylish pieces fit for them, and Macy's is proud to keep offering her more choices."

There are also retailers such as Torrid, Eloquii, Dia&Co, Woman Within, Navabi, Premme, and Ashley Stewart which generally cater to sizes 10 or 12 and up.

(MORE: Anthropologie launches plus-size collection that extends up to size 26)

"We wanted to flip the script on the idea that we were a 'plus brand' that happened to have some fashionable styles," said Chase. "We just wanted to be about fashion for an underserved customer and have a religiosity to the way we think about fit."

Dia & Co. launched in 2015 and it's a subscription box that delivers clothes exclusively in sizes 14 and above. Each item is handpicked by stylists and gives customers the glory of keeping what they love and sending back or exchange free of charge.

Co-founder and CEO of Dia & Co. Nadia Boujarwah confirmed that the company occasionally uses the terms "thick, curvy or fat."

"We believe firmly that none of these words are intrinsically good or bad," said Boujarwah. "Any feelings or value that we attach to one of these terms is really rooted in sizeism, which we are determined to eradicate."

"I notice a lot of brands using the words 'plus-size,' 'inclusive,' 'body positive' as a means of reeling people in but not actually being any of those things," McGrady said.

She added, "These are not just words, it is not just a 'hot button topic' and these are not just ways for you to make more money. This is an everyday battle for women everywhere for retailers to be more inclusive. The demand is abundantly outweighing the supply."

Katie Sturino, founder of Megababe and The12ishstyle said consumers should be wary of companies just slapping the label on their marketing campaigns.

"It may be a bigger size for them, and they may pat themselves on the back for it, but they're not even reaching the average size woman at that stage," Sturino noted.

Where are we now? The next phase …

We now have some of the most size-inclusive clothing brands in the world such as Universal Standard, which carries sizes 00 to 40.

"It's contrary to basically the goal of the brand, which is to create a world where we don't distinguish people in that way," Universal Standard co-founder Alexandra Waldman told "GMA."

She continued, "We really, really try not to use that because we don't want to create that separation. We actually see the separation as a huge stumbling block to all of us getting clothes." 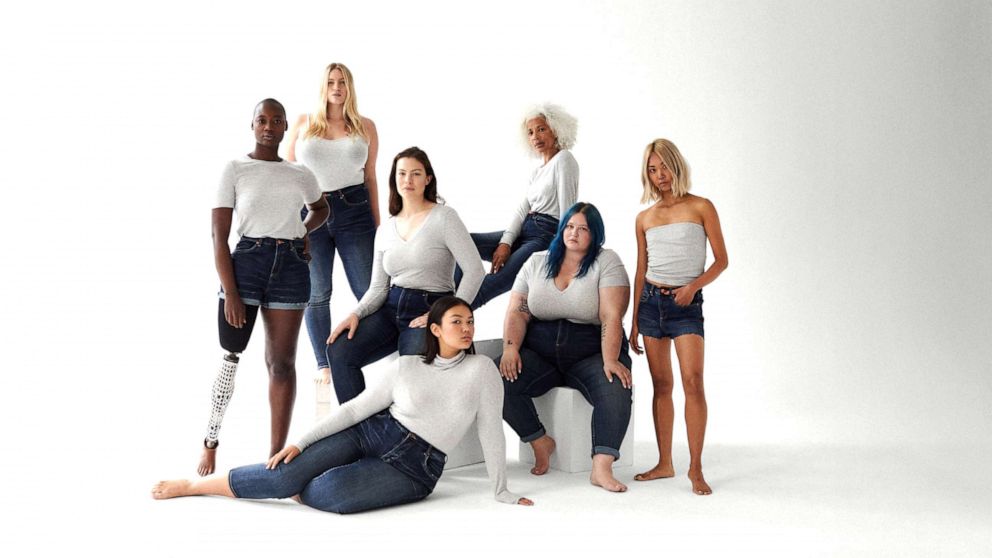 In 2019 alone, retailers including Nike and Fenty have been given high praise for displaying plus-size mannequins.

"It's less about the term and more about visibility, about representation," said self-proclaimed body advocate Precious Lee. "I would like for us to get to a space that when you say model and you see someone that is not a size two, you won't be shocked."

"The heart of this body-positive movement is to diminish the ideas and conventions that have been placed on you," she continued. "So, if 'plus' is a problem for you, maybe we should consider dissecting why and what it really means. Let's try to let go of these conventions that society has placed on us because this is for ourselves to be empowered, but it's also for our future."