When Fabienne Lindenbergh gazed out the window of her co-working space in Amsterdam, she couldn’t help but notice the foot traffic by one of the city’s most popular canals. Every day, the 27-year-old said she watched as women often enlisted their boyfriends, or even strangers, to capture the perfect, Instagram-worthy photo.

Lindenbergh considered how she, a freelance photographer and stylist, would set up the shot. The canal’s proximity to the Red Light District made it less than ideal, and she knew of more photogenic canals around the city. She thought of less-frequented spots in the Nine Streets District and Jordaan neighborhood that would impress any visitor's followers, she said.

(MORE: Everything we know about Mickey and Minnie's Runaway Railway)

“I know the struggle when you’re somewhere and it’s pretty, and you want to take a good shot, but someone cannot help you,” Lindenbergh said. “That’s how I came up with the idea.” 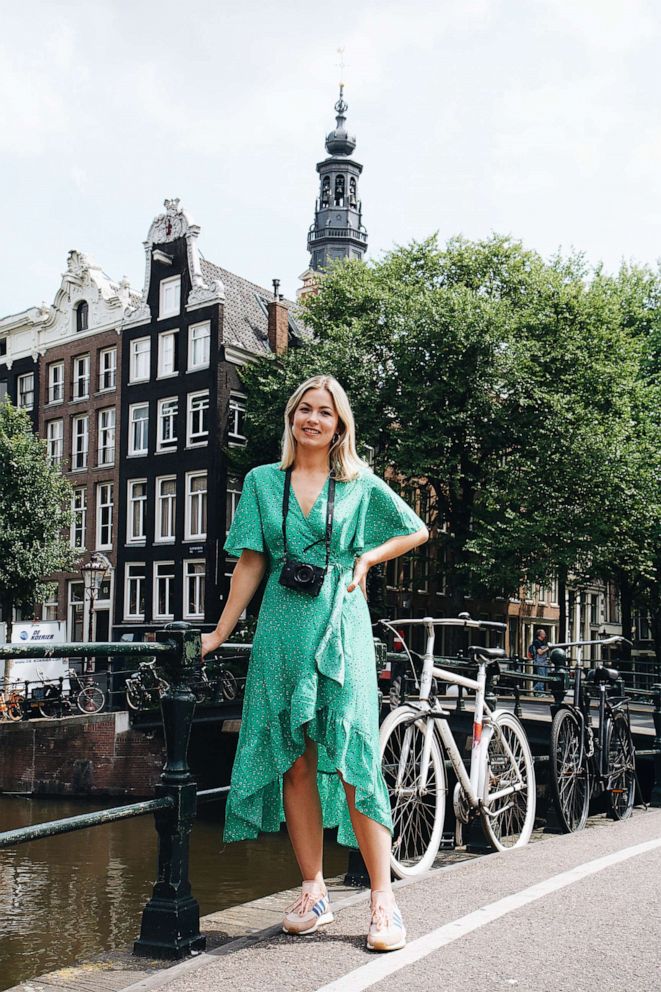 Lindenbergh launched what she called Instatours in April 2018, branding herself as "your personal Instagram photographer." For 89 euros or approximately $99 on Airbnb Experiences, Lindenbergh photographs her clients’ best angles with the perfect backdrop, taking them on an "Instatour."

On the Instatour, clients book Lindenbergh for her expertise not only on where to go, but also how to pose. As a social media-minded photographer, she captures square images that will fit Instagram's dimensions and strives for candid, effortless shots. 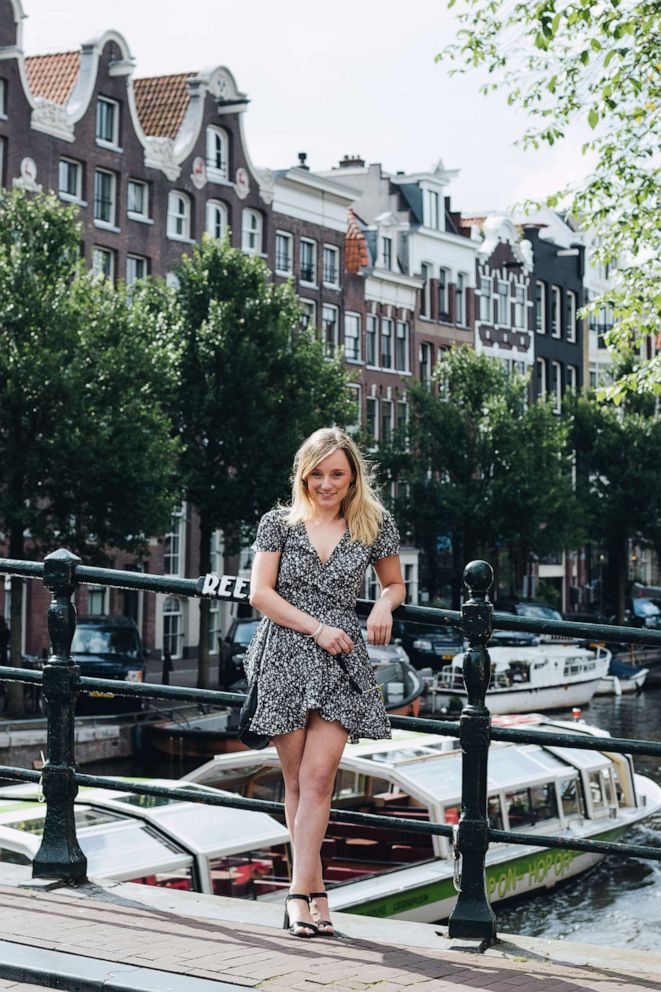 Fabienne Lindenbergh
Lindenbergh's client poses for a photo at an Amsterdam canal.

“The concept is to make it more like I’m following them on their trip in Amsterdam,” Lindenbergh said. 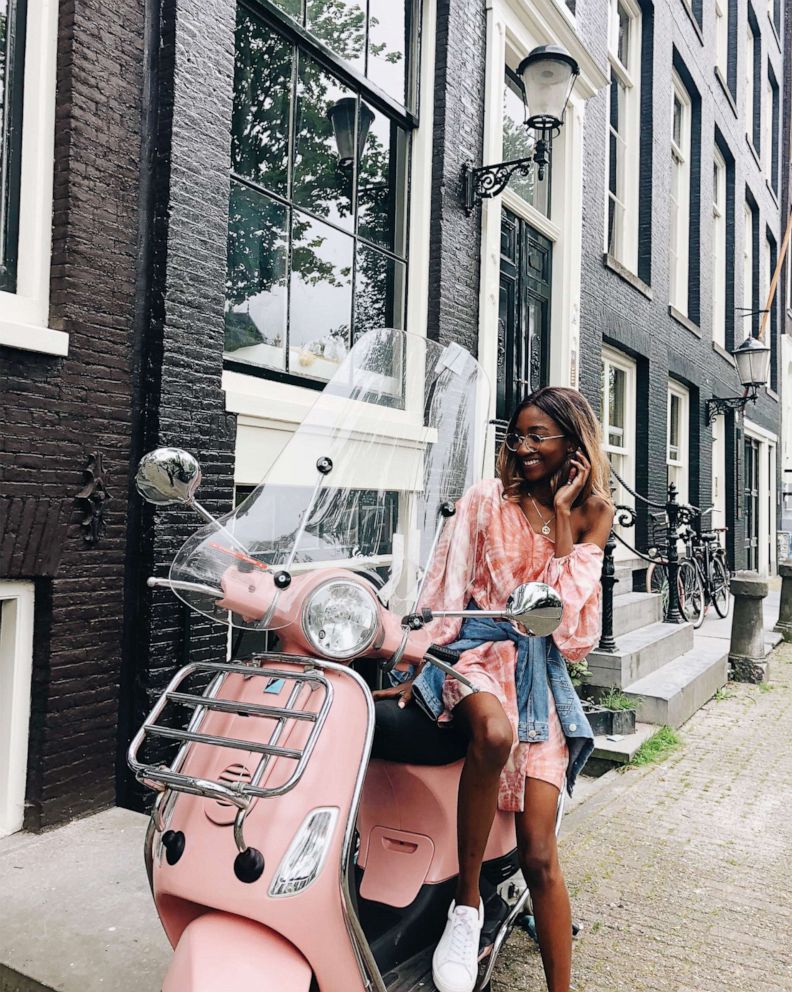 Tourists typically meet Lindenbergh at the Pulitzer Hotel in Amsterdam’s historic Canal district and then she guides her clients past the historic Anne Frank House to a nearby bridge, the first official stop on the Instatour. She directs clients to pose in front of row houses and sit on stairs as they wander down side streets.

An hour later, clients will have a selection of 50 to 80 photos to choose from. Lindenbergh will also edit the photos at their request. 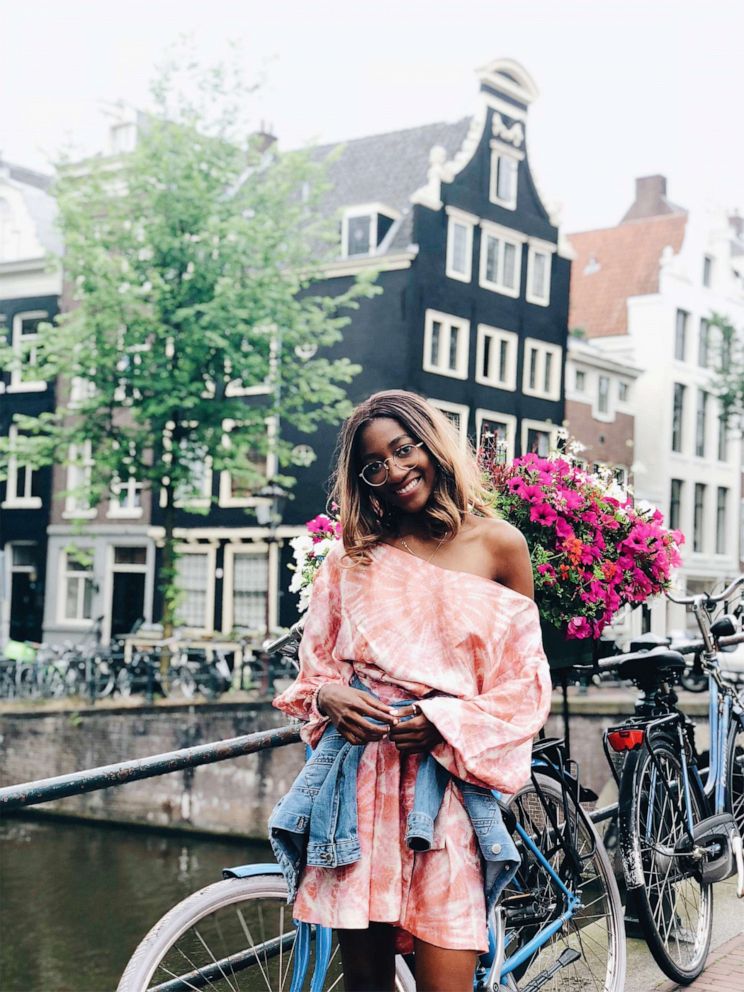 Lindenbergh said she guides three Instatours a day and her clients are mostly American women, with some exceptions. Once, Lindenbergh said, she took photos of a 14-year-old girl whose mother was busy visiting on business. Another time, she snapped away as her clients got engaged. Another client booked a tour specifically to take photos for his Tinder profile. 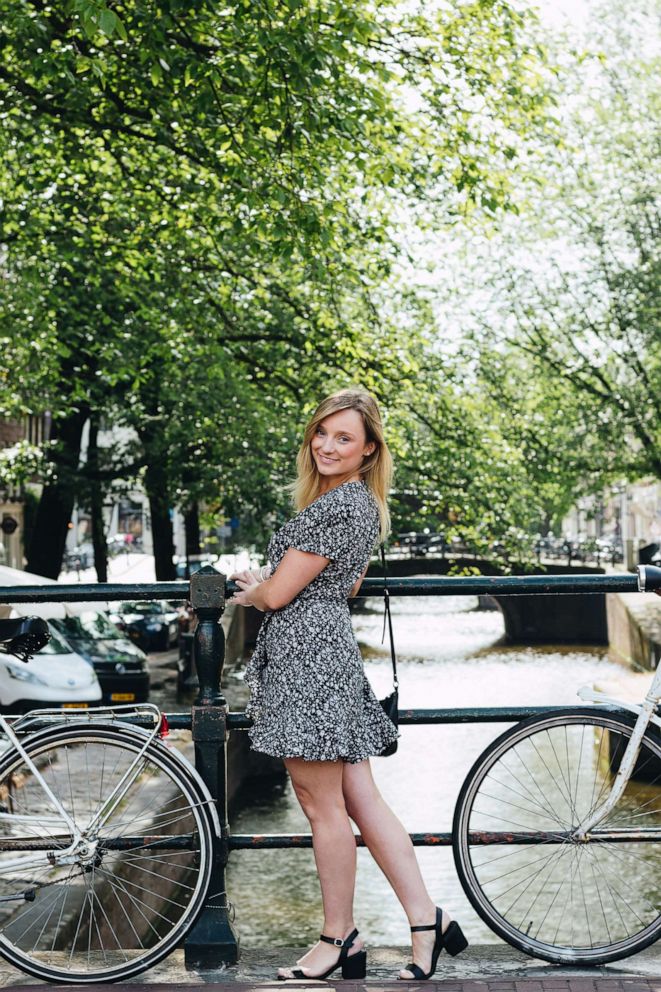 Fabienne Lindenbergh
Lindenbergh's client poses for a photo at an Amsterdam canal.

Lindenbergh isn’t the only Instatour guide in town. A quick search will find multiple photographers promising beautiful pictures at Amsterdam’s most Instagrammable spots.

In fact, Instatour-type services can be found in nearly any of the world’s most-visited cities, often through platforms including Airbnb Experience, which Lindenbergh uses. More than 40,000 experiences are available around the world today, according to a company spokesperson. There's a lot of price variance, since hosts typically set them.

Like Lindenbergh, Madeline Lenore, 28, saw an opportunity to start an Instatour service when she moved to Tulum, Mexico, in pursuit of a photography career. While talking to friends one day, she came up with the idea to take tourists’ photos around the “Instagram hotspot” loved by millennials. No longer would travelers fumble around with tripods, or hope for the best as strangers snapped their portraits. 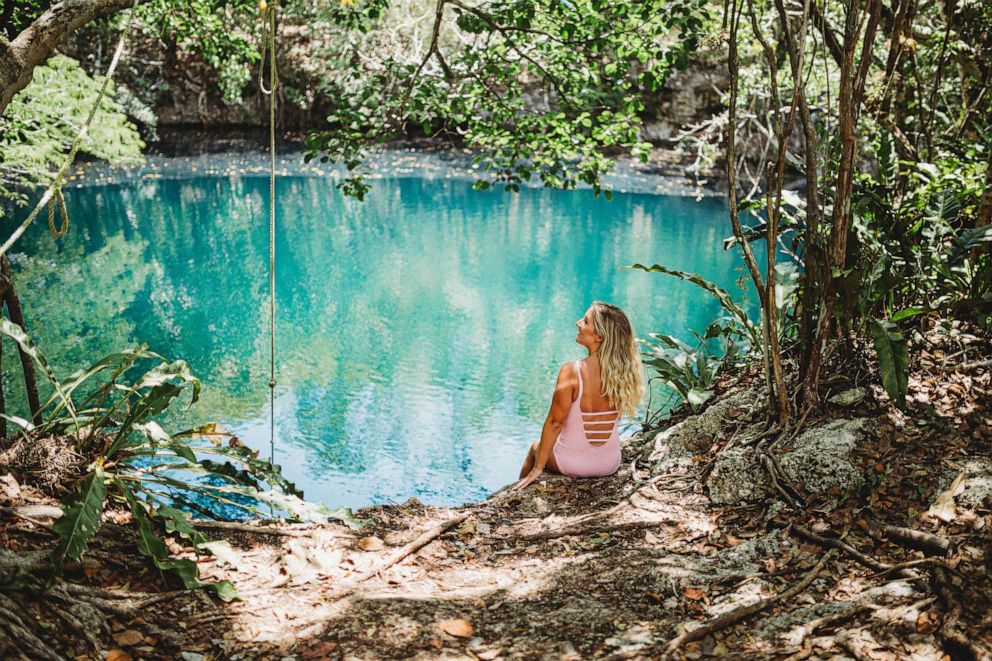 Madeline Lenore Photography/@mlenorephoto
On Madeline Lenor's Instatour, clients can choose between taking photos at the beach or in the jungle.
(MORE: Pixar Pier's 6 most Instagramable spots)

“For me, photography has always been a really big thing, but the rise of Instagram locations and the rise of the fame that was kind of associated with that really hit me,” Lenore said. 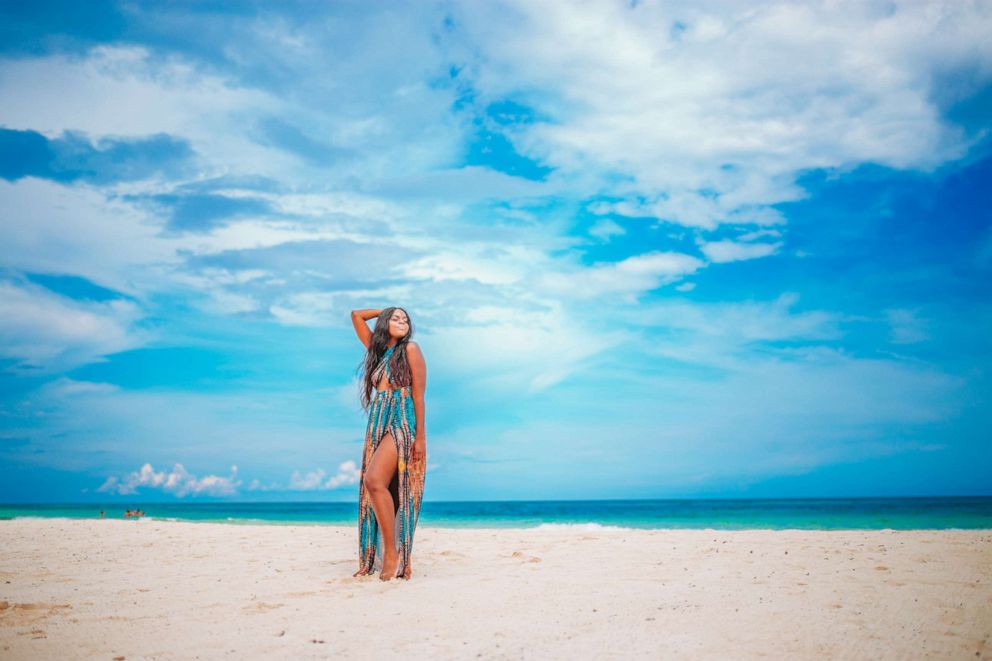 Madeline Lenore Photography/@mlenorephoto
White-sand beaches attract visitors to Tulum from around the world.

The recent spike in Tulum’s popularity has a lot to do with its lush jungles and sandy beaches -- but also strategy. Over the last year and a half, Lenore has seen restaurants and hotels designed with Instagram in mind to attract customers from around the world.

“They really, really put in that extra effort to have something out front or something in their entrance to make for a great Instagram photo,” Lenore said. “That’s their marketing.” 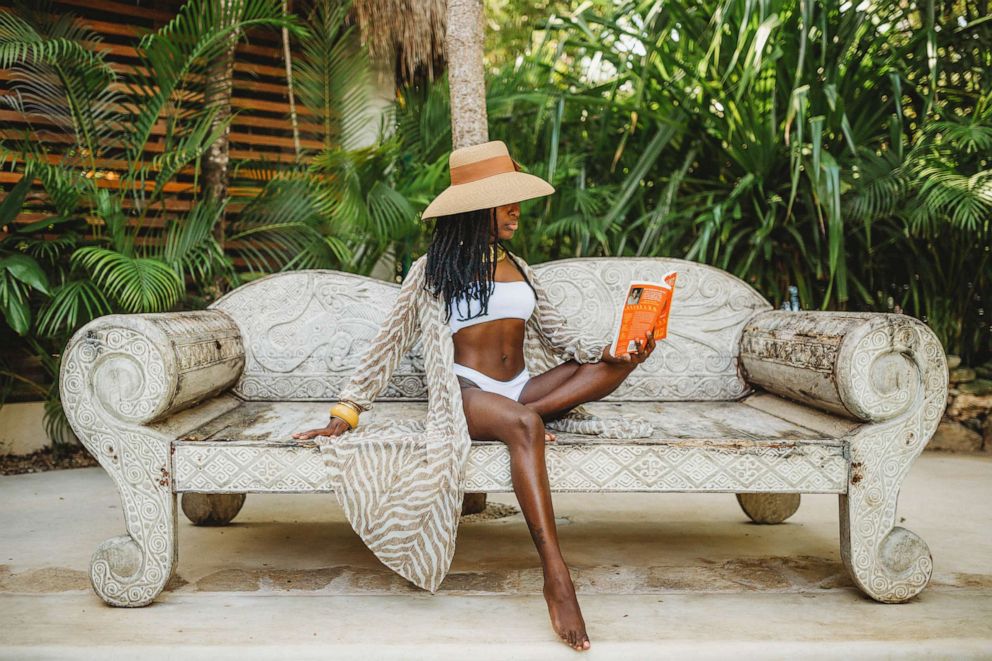 Lenore has photographed influencers who visit Tulum specifically to have their photo taken at a highly Instagrammed beach or storefront. However, after booking hundreds of clients, Lenore realized the real benefit of Instatours for her: taking photos for female solo travelers. Much like herself, she noticed many young women visiting Tulum to quench their thirst for adventure. 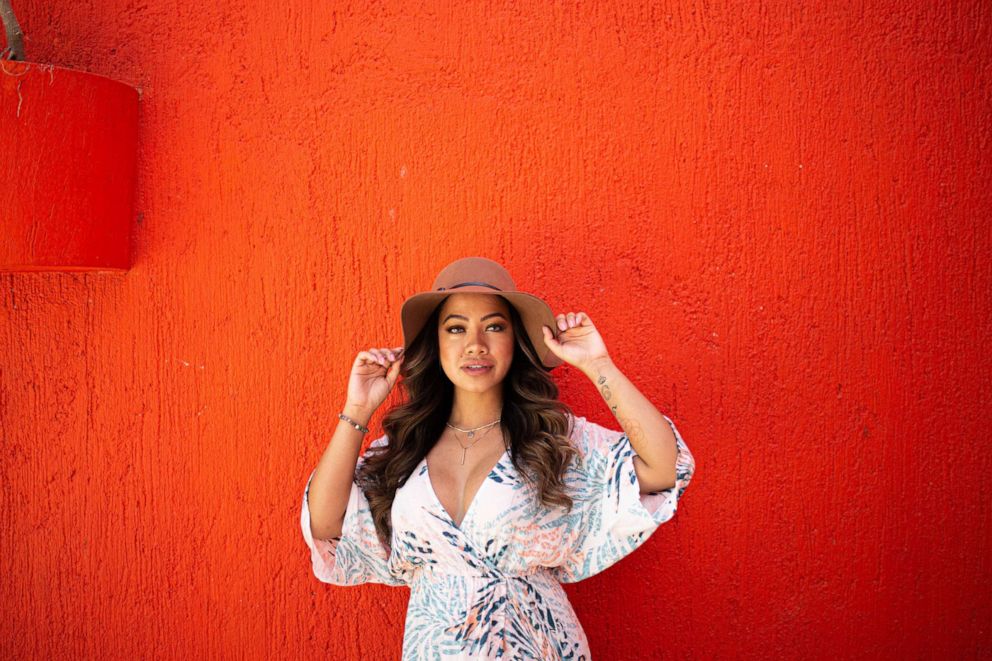 Madeline Lenore Photography/@mlenorephoto
Tulum in Mexico has become one of the world's trendiest destinations.

“It's a great experience all the way around, specifically because I get to meet amazing clients,” Lenore said. “I get to see the aspect that they see as far as traveling the world and being free. I can relate to that.”