By Lara Priluck
Share —
Sign up for our newsletters to get GMA delivered to your inbox every morning!

Upon arriving at medical school at St. George's, University of London, 20-year-old Malone Mukwende was often taught to look for symptoms that only pertain to white skin.

For instance, Kawasaki disease, which is inflammation of the body's arteries and is mostly found in children, is often associated with a red rash. But as Mukwende, who is originally from Zimbabwe, sat in class, he was disturbed by the fact that a simple red rash was not how the symptom would appear on his own dark skin.

In fact, beyond Kawasaki disease, there were a whole host of images in Mukwende's textbooks and slides in his classes that didn't accurately describe the way symptoms would appear on dark skin.

MORE: This 19-year-old Black activist shares the 5 ways she protects her mental health

"When flagging to tutors, it was clear that they didn't know of any other way to describe these conditions," Mukwende said. "And I knew that I had to make a change to that."

Mukwende continued asking questions, but he was often sent to go and look for the answers himself.

"It was clear there was a major gap in the current medical education," he said.

The three received a student-staff partnership grant and the project took off. The resource will feature images to help medical workers identify conditions on darker skin, as well as suggested language for them to adopt while describing the symptoms.

"I am excited to see the change in the curriculum and learn medicine to be able to treat a wide range of patients," Mukwende said of his efforts, which have come with their own set of challenges. "Many people rejected the work initially, stating that it is common sense or it is stuff that everybody knows."

"I knew that I had to make a change as I wasn't happy with the way things were currently being taught," he said.

Doctors, and especially doctors of color, have been flagging gaps in medical education for years. It appears now, underscored by the work of Mukwende, that their concerns are gaining a wider audience.

This comes as the world continues to reel from the impact of the coronavirus pandemic, which has shined a spotlight on the ways systemic racism has disproportionately affected health and social inequality of racial and ethnic minority groups. In the United States, Black people are dying at 2.5 times the rate of white people. They're more likely to be working front-line jobs, experience poverty, and, as a result, have the pre-existing medical conditions that lead to more dire outcomes should they contract covid-19. It also comes amid the social and political unrest surrounding the death of George Floyd in police custody.

Dr. Adewole Adamson, a dermatologist and assistant professor at the University of Texas at Austin Dell Medical School, is passionate about health policy and teaching about health care inequality. 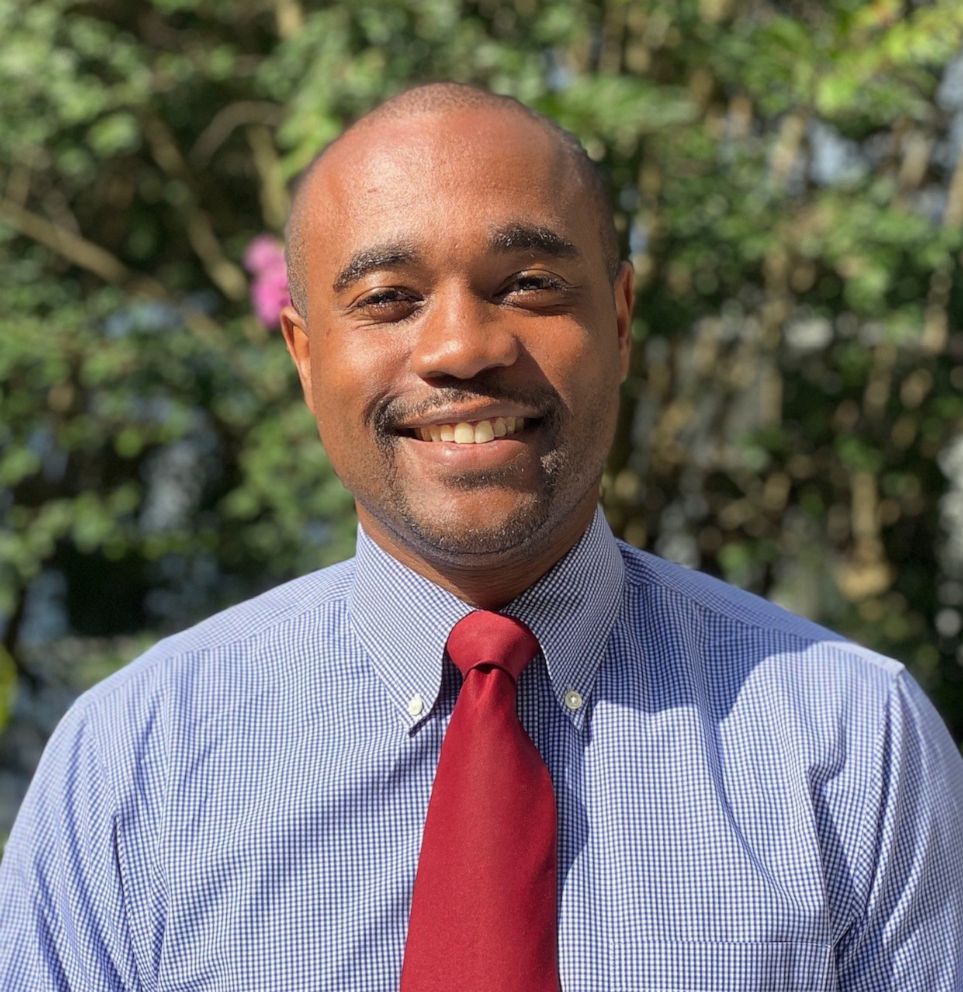 Courtesy Ashley D. Farmer
Dr. Adewole Adamson, a dermatologist and assistant professor at the University of Texas at Austin Dell Medical School, is passionate about health policy and teaching about health care inequality.

"There have been decades of, particularly, dermatologists of color that have been screaming about this issue and not getting much traction," Adamson said.

"Taylor and Kelly's Dermatology for Skin of Color," which Adamson identifies as the premier work on the subject, was first published more than 10 years ago. There have been other established resources for dermatologists and clinicians, as well as organizations such as the Skin of Color Society, that strived to better explain how conditions manifest on dark skin for years as well. Adamson is happy Mukwende is adding to this work.

Ultimately, though, separate handbooks and manuals educating people on what conditions look like on darker skin is not the goal, Adamson said.

"We should be striving for inclusion in the 'main text,'" he said. "Even in the field of dermatology, some of our main textbooks, they have fallen short on that, which tells you just how intractable the problem is."

Dr. Vanessa Grubbs, a nephrologist and associate professor at the University of California, San Francisco, says the issue of racism in kidney care manifests often in the grouping of Black and dark-skinned patients together as a biological group, leading to medical assumptions that don't take into account the care an individual needs.

"It's been 20 years and they've not bothered to try and figure out what Black race really stands for, because in this country there's an assumption that Black people are somehow genetically different than everyone else," she said. 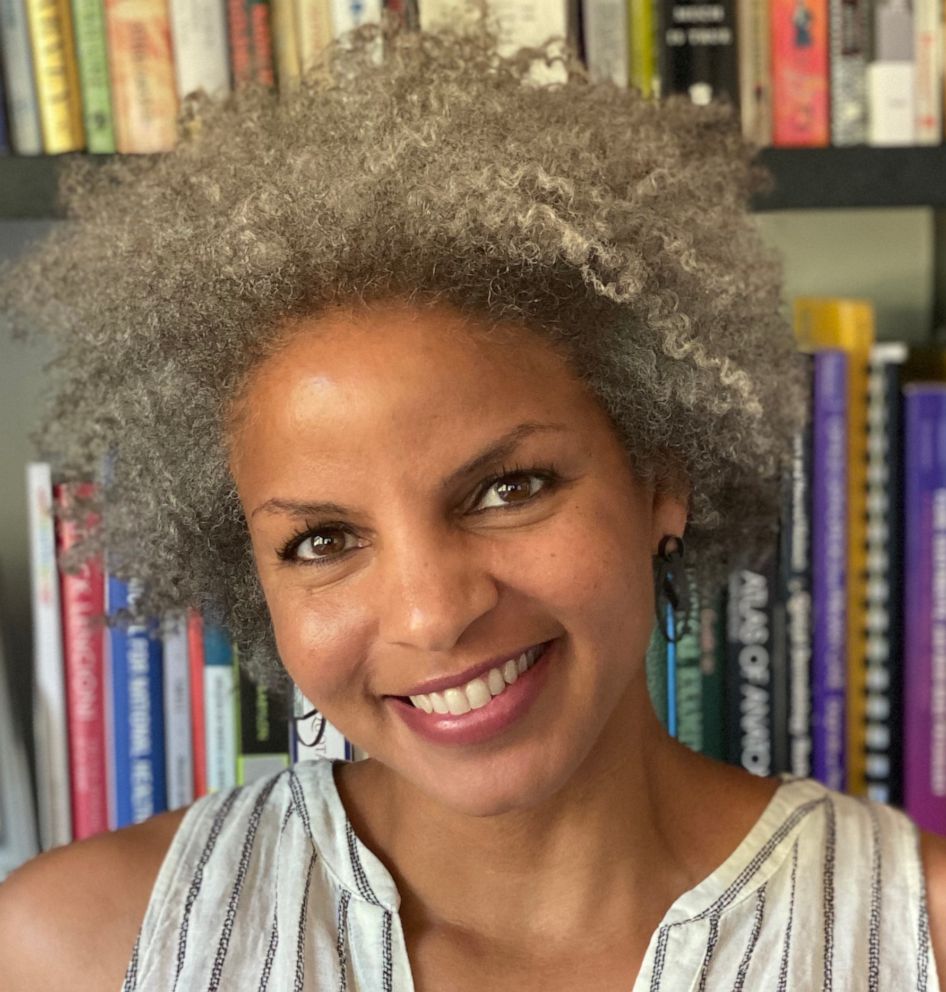 Courtesy Robert Phillips
Dr. Vanessa Grubbs is a nephrologist and associate professor at the University of California, San Francisco. She says the issue of racism in kidney care can lead to medical assumptions that don't take into account the care an individual needs.

Here, she says, race is used as a genetic marker when it's not one.

"We should be focusing on the differences between people that actually make a difference, like skin color and how rashes look differently on different skin color," Grubbs said.

She recalls a time during her medical training that she was called into the emergency room to see a young patient with dark skin who doctors thought had deep vein thrombosis, or clots in the large blood vessels. She remembers he had raised quarter-sized bumps on his shins and, to her eye, they had a little redness. When she looked at his chest x-ray, she realized he didn't have clots in his leg. He had sarcoid, or an inflammatory disease often affecting the lungs.

She reflects on how early in her career, as a doctor of color, she caught this issue as the doctors around her could not -- largely because they weren't trained to notice the symptoms.

"To me it was like, that's exactly what it is," she said. "But I think the doctors in the ER could not recognize that he had what are classic bumps on your shins, because they couldn't really tell that -- on his dark skin -- that they were red."

She added, "I think about if I didn't have that ability for myself, then his diagnosis would have been completely missed."

LaShyra "Lash" Nolen was named the first Black female class president at Harvard Medical School last September, and she's been using her platform to raise awareness on issues of racial equity and social justice within the institution ever since. An article she wrote on the lack of training medical students receive on detecting Lyme, a flu-like disease carried by deer ticks, on dark skin, was published by the New England Journal of Medicine last month. 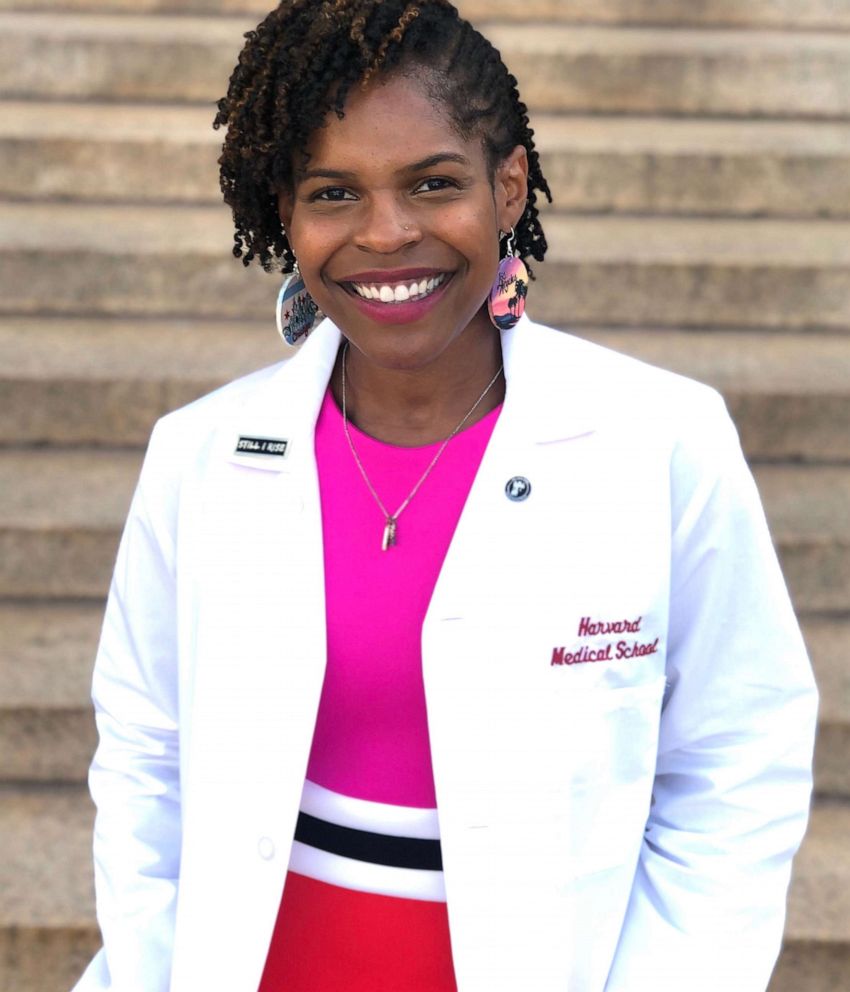 Courtesy Ty Harps-Jones
LaShyra "Lash" Nolen, who was named the first Black female class president at Harvard Medical School last September, uses her platform to raise awareness on issues of racial equity and social justice within the the medical field.

On white skin, Lyme typically manifests early in the infection with a bull's-eye shaped red rash. After a student in Nolen's class asked what that rash would look like on darker skin, the professor said it would be more difficult to see. The early stages of Lyme disease cause fever, headache and fatigue, and can be treated with a few weeks of antibiotics. But, if left unnoticed and untreated, the disease can spread to the joints, the heart and the nervous system.

As a public health-focused major in undergrad, Nolen said she studied the toll institutional racism has on the physical body.

"I learned that a lot of the conditions that I saw my family members experience, growing up in these dilapidated communities because of systemic racism, and lack of access to health care and insurance, etc., were the reason that they now suffer from so many preventable diseases," she said. Diseases, she enumerated, such as depression and diabetes.

But she hopes for change, and part of that change takes root in the classroom.

"My goal is that for every person that's graduating from medical school or health professional school to have the tools that they need to serve communities that look like mine," she said. But she recognizes that her work, and the work of Mukwende in London, comes after the work of generations of doctors and health care professionals fighting for awareness.

"I think that Malone and I, we now have the platform. We now have this energy where society is like, 'Oh yeah, we need to do the work of anti-racism,'" she said. This moment in history is amplifying their voices, bringing them to a wider audience than ever before.

"We're in the middle of this awakening, so it's the perfect time to really start to push the envelope," she said. "But I do think it's important for us to recognize that there are scholars who have dedicated their entire careers to doing this work and I think that it's important we uplift that."