The newest model of the Apple Watch will offer women features to track their menstrual cycles and when they may be the most fertile, Apple announced Wednesday at a launch event at the company's California headquarters.

Among the Apple Watch Series 8's advanced features is a temperature sensor that offers an estimate for the last time a woman wearing the watch has ovulated.

According to the company, temperature data collected by the watch's sleep tracking and sleep focus features is used to help determine ovulation, the process in which an egg is released from the ovary and becomes available to be fertilized.

Most women's basal body temperature -- the temperature when the body is fully at rest -- increases slightly during ovulation and remains elevated until the end of the menstrual cycle, according to the American College of Obstetricians and Gynecologists.

The Series 8 will come with two sensors -- one on the back of the watch, close to the skin, and one under the watch display -- to allow for more accurate temperature tracking, according to Apple. 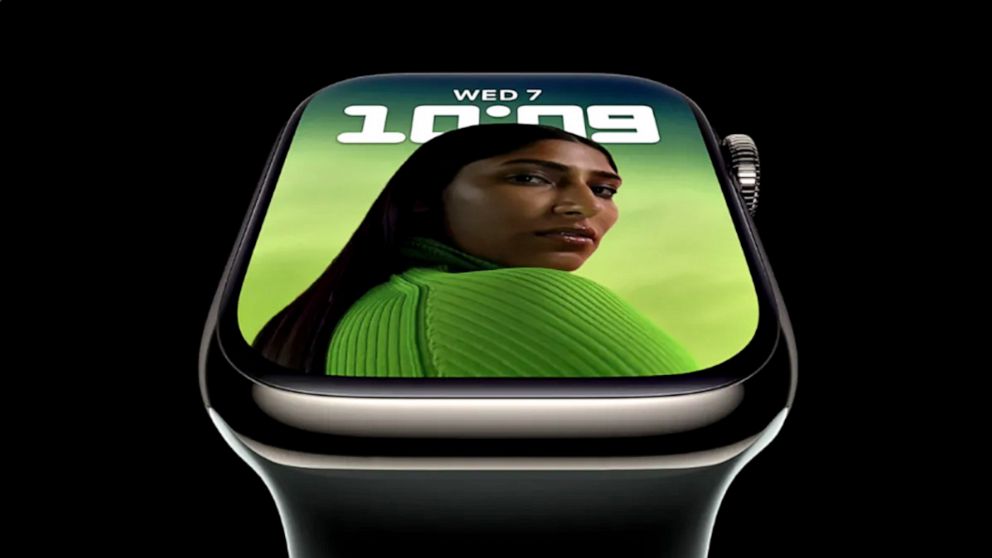 Apple says that after using the watch's sleep features for five nights, the device will begin to recognize temperature changes. After around two menstrual cycles, watch users will be able to start receiving estimates on when they ovulated during their last cycle.

Users will receive a notification of when they have likely ovulated about three to five days after ovulating, according to the company.

"Knowing when ovulation has occurred can be helpful for family planning, and Apple Watch Series 8 makes it easy and convenient by providing these estimates in the Health app," Apple says on its website. "Temperature sensing also enables improved period predictions."

Apple is offering the new features at a time when apps and wearables that collect women's health information have been in the spotlight due to potential privacy concerns.

Pregnancy and period-tracking apps have millions of users every month who utilize the technology to better understand and help control their reproductive health. The apps can tell you when to expect your next period, if you might be pregnant and how far along you are, when you are the most fertile for conceiving and what sorts of symptoms you usually experience. 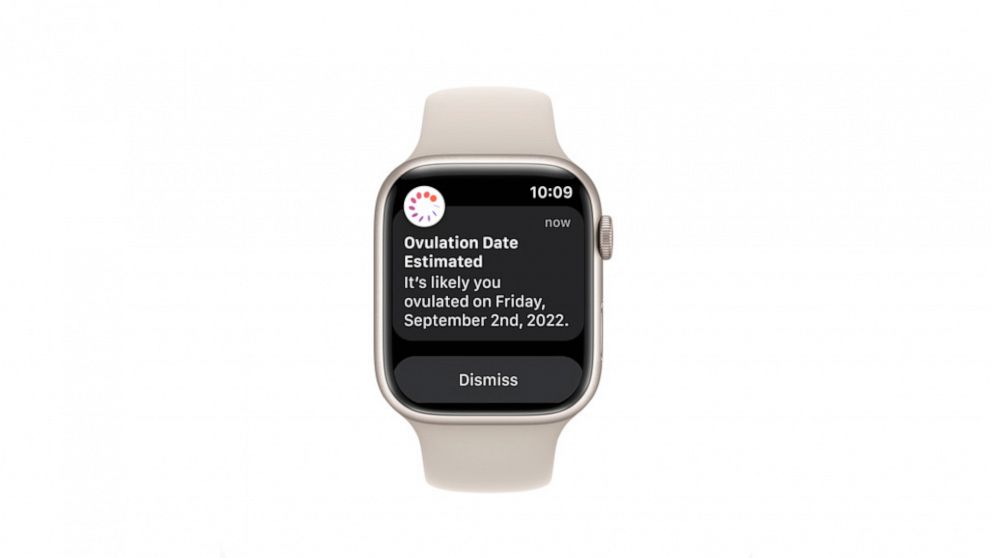 Apple
The Apple Watch Series 8 has a fertility feature.

In the wake of this summer's Supreme Court ruling overturning Roe v. Wade, reproductive health apps' ability to share data with law enforcement is of particular concern for women who live in states where abortion has been limited or banned, experts say.

Apple went to great lengths Wednesday to detail its privacy protections, noting that all health and fitness data is encrypted.

The company also said that no health data is shared without users' permission, explaining that users have to manually make the selection to share data.

Leah Fowler, a research assistant professor at the University of Houston Law Center, told ABC News in August that consumers should not expect the health data they enter on apps to be protected in the same way it would be at a hospital or doctors' office.

"When we think about data in a consumer context, it doesn't have any of those special protections we tend to expect in other health contexts, like going to the doctor," said Fowler, whose research focuses on health law and policy. "The information you might give an app when you're playing Candy Crush or Angry Birds in many ways isn't different than the type of data you're giving an app in a health context, even if it feels particularly intimate and can become quite intimate when you're talking about period and fertility trackers."