April 11-17, 2021, is Black Maternal Health Week, a time to put a spotlight on and have a national conversation about Black maternal health in the U.S., according to Black Mamas Matter Alliance, a nonprofit organization that founded the initiative four years ago.

Dr. Sharon Ingram, a board-certified OBGYN in Florida, was in medical school when her four-month-old son, Alton Jr., died of sudden infant death syndrome (SIDS) while at a day care center.

"I dropped out of medical school because I thought that I should have been not studying," Ingram told "Good Morning America" about losing her first-born child nearly 20 years ago. "I thought I should have been with him because maybe I could have made a difference, although I know now that you cannot."

The death of Alton Jr., whom the family called A.J., is considered a case of infant mortality because he died before his first birthday. On average, around 20,000 infants die in the United States each year, according to the U.S. Centers for Disease Control and Prevention (CDC). 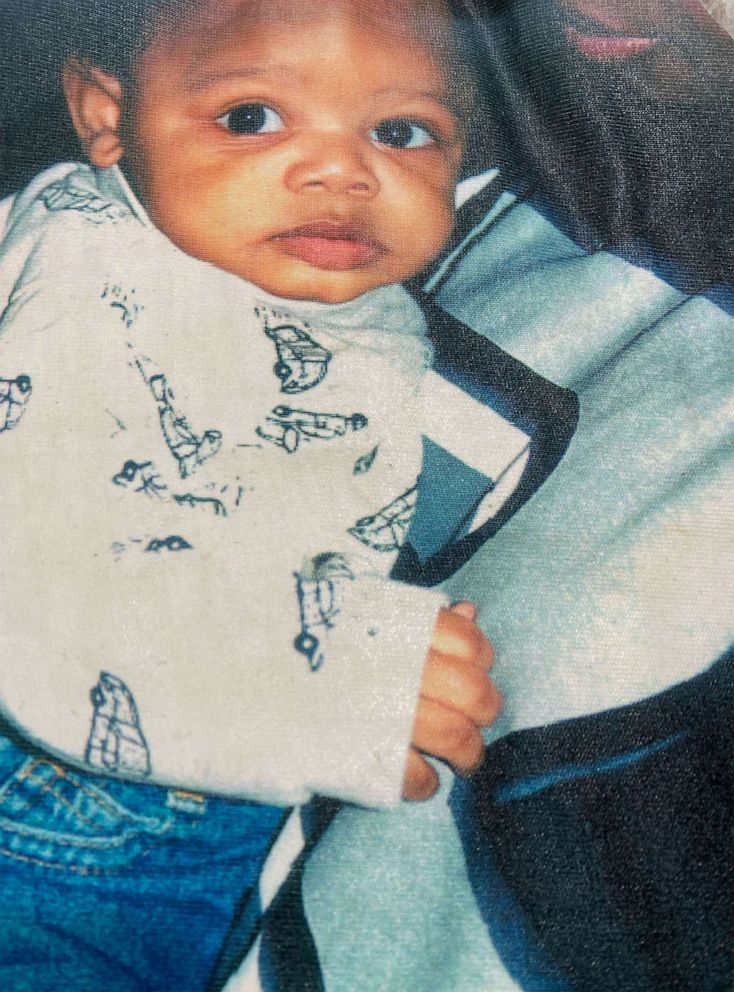 It was only after her son's death that Ingram realized she had a major risk factor for infant mortality simply by being a Black woman.

"A.J. wasn’t sleeping on his belly, I had prenatal care, he wasn’t low birth rate, but there were still some risk factors that we overlooked," she said. "One, I was Black, two, I had a son, and, three, he passed away in December, in a cold climate."

Ingram, who ultimately returned to medical school and chose to become an OBGYN, said she remembers being surprised when she saw her race listed as a risk factor for infant death.

"I was totally shocked," she said. "I remember thinking, ‘Why is that?’"

Babies born to Black women in the U.S. have two times the infant mortality rate of babies born to non-Hispanic white women, according to the Department of Health and Human Services' Office of Minority Health.

Black babies are also nearly four times as likely to die from complications related to low birthweight and have over twice the SIDS mortality rate as non-Hispanic whites, according to the Office on Minority Health.

"If we look at the last five years, we are doing a good job at decreasing the infant mortality rate in general but the gap [between Black and white babies] is still there, so though the overall rate is going down, the gap is still double," Ingram said. "It makes you step back and say, ‘Why is this happening?’"

Ingram and other experts point to implicit bias and institutional racism in medicine as two of the reasons for the disproportionate number of Black infants dying in the U.S.

And they say the higher rate of Black infant deaths can be traced back to the medical care Black women receive during pregnancy.

"Looking at racial disparities in general, when we look at babies, it really starts with the mom," Ingram said. "There is a discrepancy in care for Black women and that is why we have premature birth rates and see so many pregnancy complications that can result in infant death." 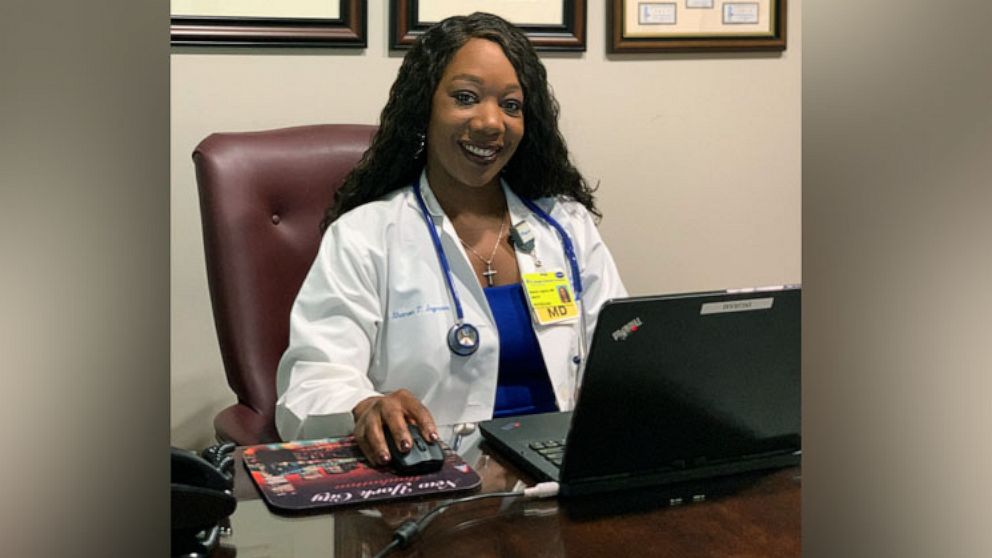 Black women in the U.S. -- which continues to have the highest rate of maternal mortality among developed nations -- are more than twice as likely to die during childbirth or in the months after than white, Asian or Latina women, according to the CDC.

Black women are also more likely than white, Asian or Latina women to die from pregnancy-related complications regardless of their education level or their income, data shows.

Black women also experience more complications during pregnancy. Research published last year in the Journal of Racial and Ethnic Health Disparities found that Black women have a 70% greater risk of severe maternal morbidity during pregnancy after adjusting for co-factors.

"A Black woman doesn’t have to be poor for her life to be at stake and for her baby’s life to be at stake," Ingram said. "When we step back and look at that, it’s a direct correlation to why we have disparity in Black babies’ mortality as well."

The top five causes of infant mortality in the U.S. are birth defects, preterm birth and low birth weight, maternal pregnancy complications, sudden infant death syndrome and injuries, according to the CDC.

At least two of those causes -- preterm birth and low birth weight and maternal pregnancy complications -- often start with the type of care the mother receives during pregnancy, according to Rachel R. Hardeman, Ph.D., an associate professor at the University of Minnesota School of Public Health and founding director of the Center for Antiracism Research for Health Equity.

"What we know is that the stress and the cumulative disadvantage of racism throughout the life course brings Black women into pregnancy at less than optimal health," she told "GMA." "It’s literally sort of the wear and tear on the body, a chronic stress that’s taking a toll on the body and prompting these biological changes in many women that then affect their health and the health of their babies."

Hardeman continued, "And not only that, but then they come into a health care system that historically has not provided equitable care to Black people."

The issue of disparities in health care for Black women and Black babies was front and center at the highest level of government this week when the White House issued its first-ever presidential proclamation marking Black Maternal Health Week.

"Black women deserve to be heard. Their voices deserve to be respected, and like all people, they must be treated with dignity," said Harris, who described what Black women face as a "maternal health crisis."

In her remarks at the round table, Harris cited the primary reasons for the maternal health crisis as "systemic racial inequities and implicit bias."

Today during Black Maternal Health Week, the Biden-Harris Administration announced a series of initial actions to address the maternal health crisis in the U.S. We’re committed to ensuring quality, equitable health care is a right — not a privilege. https://t.co/mEsVShBbXv

Implicit bias -- when people associate stereotypes or have attitudes toward other people without consciously doing so -- and institutional racism are primary drivers of unequal care buried deep in the health care system, according to Hardeman.

In a study co-authored by Hardeman that was published last year, Black newborns’ in-hospital death rate was found to be 58% lower when Black newborns were cared for by Black physicians rather than white physicians, but remained higher than that of white newborns.

"We’re not talking about individual racist physicians who are doing bad things to Black infants. That’s not at all what we’re seeing here," Hardeman told "GMA." "What I think we’re seeing are health care delivery systems where racism is baked into all aspects of the system."

"It’s hard to identify, but it shows up in the ways that patients are cared for or not cared for in those systems," she said.

She describes the education curriculum as one of the ways that health care systems can start to make the big changes needed to shift the outcomes for Black moms and Black babies.

In addition to making sure medical students and medical professionals are mandated to learn the health effects of structural racism and implicit bias, Hardeman wants to see health care systems meet standards of addressing structural racism and achieving equity in health outcomes in the same way they must meet safety and performance standards.

Making sure the health care staff is diverse is also critical, according to Hardeman, as well as giving Black providers the power to create new systems that suit the needs of the patients and families they serve.

"We have to be willing to reimagine what care should look like for Black birthing people and for everyone," Hardeman said. "I think there’s a real opportunity to rethink how we’re doing things versus sort of plugging the holes or stopping the bleeding."

For Ingram, she said that going through the death of her son made her a better physician, one who is more compassionate and more empathetic and who sees her patients as whole people. 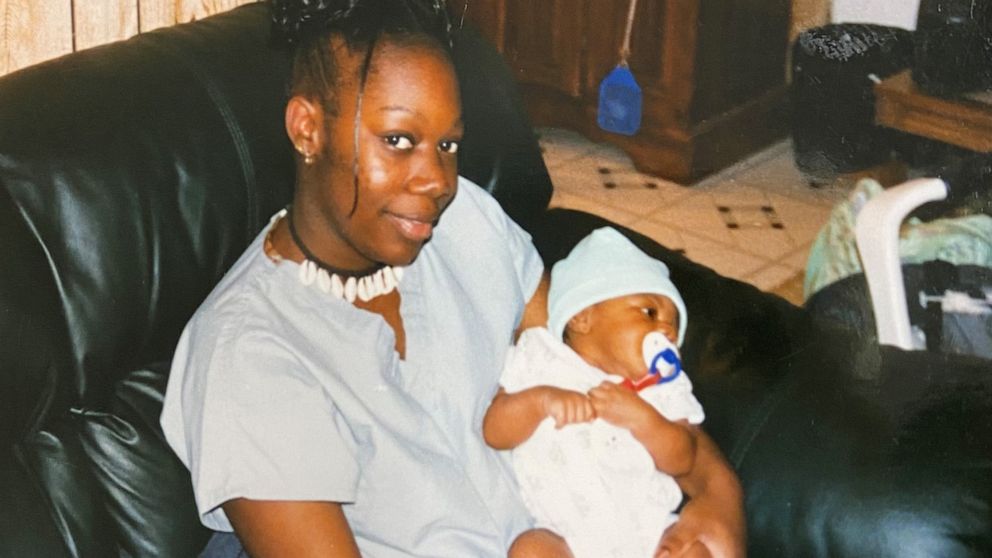 She said health care providers have to "do better" when it comes to recognizing and understanding their implicit bias so that patients' needs are met and heard, and so that Black women and Black babies are kept alive.

"As practitioners, it means we have to step back, take a minute, kind of readjust ourselves and make sure that we’re looking at every patient that comes in the door for what are their risk factors? What are they bringing to the table? What do I need to educate them on? What are they high risk for? What do I need to take a little bit more time to talk with them about? What's the data here?" added Ingram. "It’s important to just be aware."

Editor's note: This story was originally published on April 16, 2021.