Michelle Obama is once again keeping it real when it comes to taking care of yourself as a woman in today's world.

During a candid Q&A at the 25th anniversary Essence Festival in New Orleans on Saturday, the former first lady spoke out about how hard it is for women, herself included, to put themselves first.

"Many of us, we have a hard time putting ourselves on our own priority list, let alone at the top of it," she said. "And that's what happens when it comes to our health as women. We are so busy giving and doing for others that we almost feel guilty to take that time out for ourselves."

(MORE: Make this summer your summer of self-care
Editor's Picks

"We are trained that way and we have to have a different set of conversations to un-train us. It's not something that's going to happen overnight," Obama continued. "But if we don't start having conversations about this as women, because, forget what anyone says, we still control what happens in the household, so if we don't have our act together as women, as mothers, as grandmothers, we still aren't going to be able to get our kids on track." 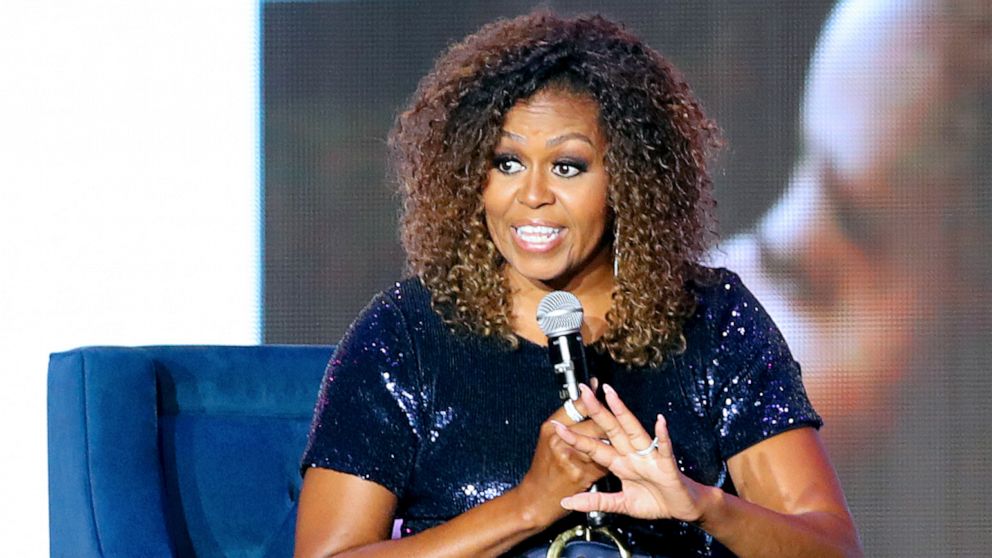 During the conversation, Obama recounted how she "found myself getting mad" at her husband, former president Barack Obama, for finding time to go to the gym when their daughters, Malia and Sasha, were young. She also spoke about how women's treatment in society contributes to them having to focus on self-care even more.

"We have to start having some conversations, number one, about why is it so hard for us as women to put ourselves first," she said. "I mean, we're living in a world where we as women, we are so devalued, we have trained ourselves to think we don't deserve it, that we don't even deserve to take care of ourselves."

"And we have to search our minds and our histories and our backgrounds to find out where that hurt comes from," Obama added. "We have to figure out what has gone on in us and our own communities, what is the conversation we are having with ourselves, with our own daughters."

"GMA" and Girls' Night In are keeping the self-care conversation going on Instagram @goodmorningamerica and @girlsnightinclub. Share your self-care tips and questions with the hashtag #SelfCareChallenge.

Obama later posted about the topic on Instagram, asking her followers to share how they make time for themselves and their own self-care.

One thing I keep hearing from women across the country is how hard it is for us to put ourselves first. We're the first to care for our friends, families, coworkers, but we are last on our own list. The good news is we can make a change. I’ve seen it in my own life. And that starts with all of us as women searching within ourselves and our stories—and sharing what we’ve learned with one another. So I want to hear from you! What do you do to make yourself more of a priority?

"My New Year’s resolution a few years ago was, 'If it’s not a hell yes, it’s a no.' Giving myself permission to say no just because was huge," wrote one commenter.

"I go for walks alone on the beach on Sunday mornings. Its peaceful, and healthy. My husband stays home with our daughter. Some mornings I'm gone for 3 hours," wrote another.

"2 years ago i started a trend for myself. Every January I plan for the entire year, one weekend a month for myself. To family, friends, associates, etc. it appears that I'm unavailable. Its been working so far," wrote another commenter.

(MORE: My Morning Routine: Ginger Zee writes what she's thankful for on her shower door every morning

The former first lady also spoke at the Essence Festival about the pressure she felt as the first African-American First Lady of the United States.

In an Instagram Q&A in February, Obama revealed the two self-care tools she used to maintain her cool under that pressure.

"I always try to remember that I’ll be the best me I can be if I prioritize myself," she said. "For me, getting the right exercise and sleep and time to recharge, it’s not an option, especially when I’m responding to pressure."

"GMA" and Girls' Night In are keeping the self-care conversation going on Instagram @goodmorningamerica and @girlsnightinclub. Share your self-care tips and questions with the hashtag #SelfCareChallenge.