One California resident wants to make childbirth a safer process for moms while bringing men into the fold as well.

Dustin Young, 37, from Carson, California, became a certified doula in 2020. His experience helping his youngest sister, Alexis Pitts, with her pregnancy led him to pursue the job, which involves providing support to moms during and after pregnancy.

"It was a safe birth but it still wasn't a great experience," Young told "Good Morning America" of his sister giving birth to his nephew, Kassius Harris, in 2019. "She wasn't listened to at the hospital."

The family worked hard on a birthing plan, complete with positions Pitts wanted to try during the birth. But when they got to the hospital, Young explained, staff ignored them.

"It was just like, 'Sit here. Do this. Push,'" Young said. "It was just so quick and fast. We didn't really get to cherish the moment." 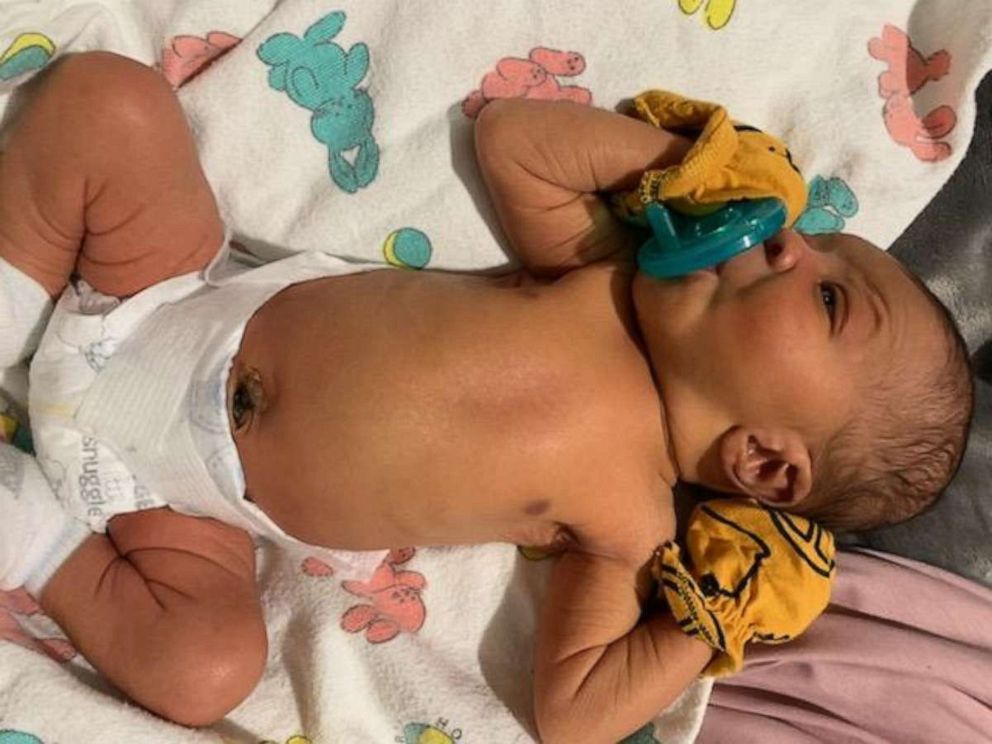 The environment at the hospital was in direct contrast to the atmosphere the family created at home, specifically for Pitts' initial contractions.

"I had lavender oils burning, no television was on, all cellphones were off, we were just relaxing," Young said. "Every time she'd contract, I'd massage her lower back, we'd get on the ball, we'd do all these things to make sure she could labor as long as possible at home. It was extremely relaxing for her."

"What I would like more is for nurses to have a little more empathy and just be receptive and open to listening," he added. "Just ask some questions like, 'How do you feel? How do you feel today? What can I do for you right now?' It does a lot."

A mother's well-being is important to any pregnancy, particularly Black moms in the United States, who historically have higher mortality rates. Black women are two to three times more likely to die during childbirth than women of other races, according to the Centers for Disease Control and Prevention. 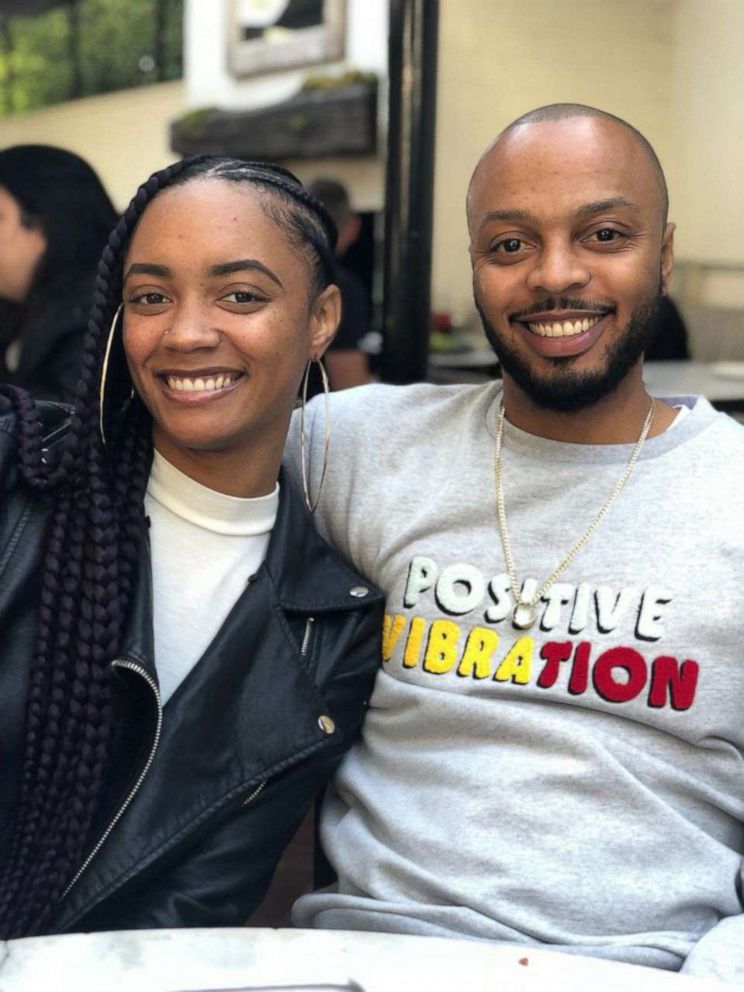 Young's interest in the birthing process goes back to when he was a child.

"I was one of those 'why' kids," he said. "I was like, 'Where do babies come from? Where do humans come from? How do we keep recreating ourselves? How does this world exist?'"

Young described his family as having no filter, so they would often answer his questions and explain in a way that he could understand. His grandmother also ran a day care where he would help out.

"As I got a little bit older, I'm like, 'OK let me dive in more into this anatomy? What goes on internally within the male body and a woman's body?" he said.

Once Young started researching childbirth, he said he was amazed at all the changes women had to go through.

"It's actually incredible," he said."I know it takes sperm too but as a male species we can't create life without women. Without women, we are not necessary here."

Young added, "I try not to normalize extraordinary and the birth experience is something that's extraordinary."

Young became certified through Kindred Space, a birth center in Los Angeles. He initially found out about it while supporting a friend through her own pregnancy and attending classes with her there.

He eventually met with Kimberly Durdin, Kindred Space's cofounder and a doula, who heard Young was interested in becoming one himself. Young said Durdin offered him the chance to become her assistant to get some hands-on experience prior to the certification.

"I love the doula approach because you feel like you get a more individualized practice and service," he said. "You relate, build and grow over the nine months."

In addition to advocating for mothers, Young wants to educate other men and make them part of the experience. He doesn't expect them to follow in his footsteps and become certified doulas, but hopes that by providing this knowledge, it makes pregnancy and birth that much easier.

"It's more about providing confidence for the man to show up in a way that makes sense for their partner," he said. "I think if more men were more educated on the birthing experience, we can support more."

Young believes men can "create a healthier birthing experience and a healthier relationship and bond" with both their spouses and children. 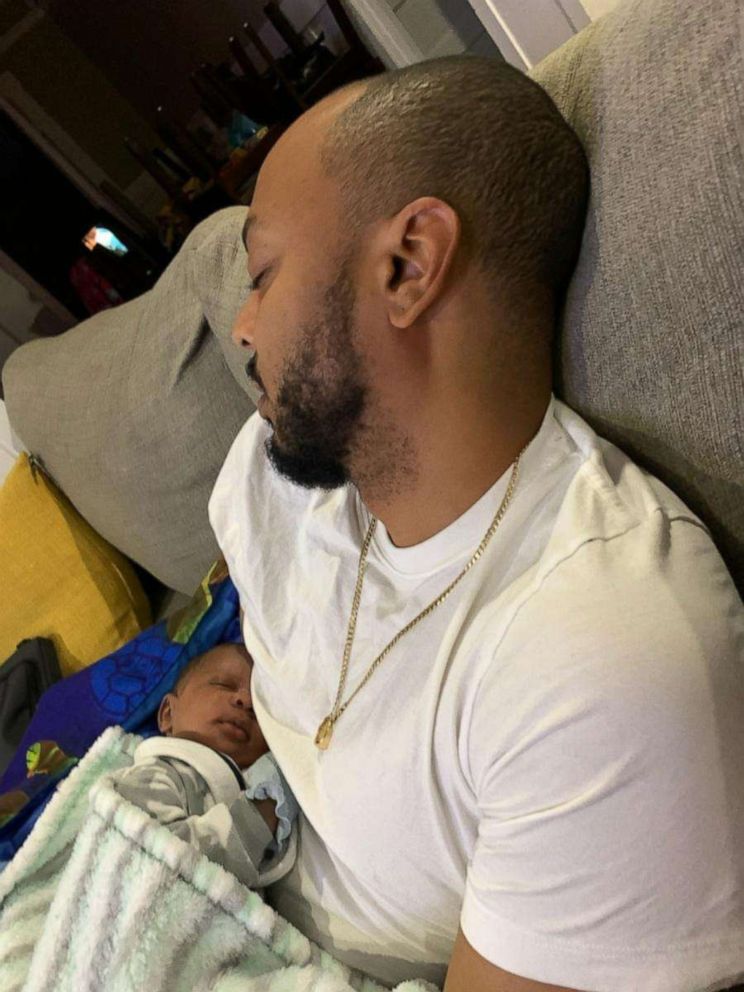 Young said it was important for him to give back and take care of his community.

He founded Our Own, a nonprofit organization dedicated to dismantling systemic barriers in nutrition, education, entrepreneurship, mental health and fitness, and providing resources to underserved communities to ensure racial equity.

Currently, the nonprofit has three programs: Seed and Soil, which provides nutritious meals to people who lack access to healthy food; Be Right Back, a mentorship program that offers participants the chance to explore different industries, develop their skills and practice self care; and Self, which focuses on fitness through yoga, meditation, cycling and running.

"I just really want to change things," Young said. "I like solving problems. I don't want to put Band-Aids on anything, I actually want to solve and heal."