Tamara Walcott, a mom of two from Maryland, said it was a sock belonging to her then-toddler son that changed the course of her life, putting her on the path of losing over 100 pounds and becoming a powerlifting champion.

At the time, Walcott, now 37, was going through a divorce and had hit her highest weight of over 400 pounds.

"I remember taking one of [my son's] little socks and putting it under my bra, because the bra was cutting into my skin," Walcott told "Good Morning America." "That's when I kind of realized like, this is enough. Tomorrow you have to do something. You are getting to the point where it's just out of control."

Walcott said she started her health transformation slowly, focusing each day on doing one thing that would get her closer to her goal, like going for a walk or drinking lots of water. 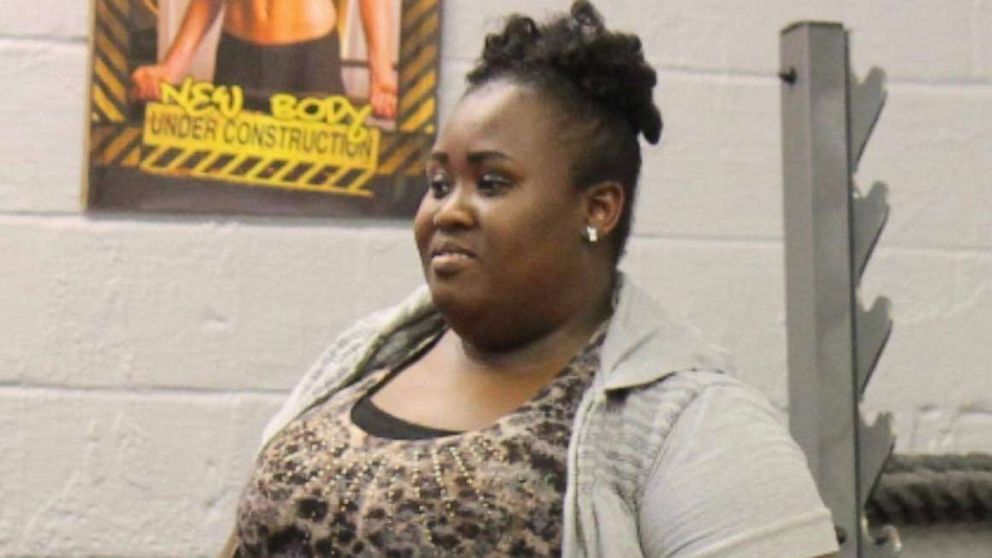 Tamara Walcott
Tamara Walcott, a mom of two, said she weighed more than 400 pounds before starting a weight loss journey.

She said she also started to look at food as fuel for her body, telling herself repeatedly, "What you put in is what you're going to get out."

As Walcott took steps to "take back control" of her life following her divorce, the former high school athlete also turned back to fitness.

She said she tried cardio-based workouts such as kickboxing but then fell in love with powerlifting after joining a local gym. Walcott, who grew up in the U.S. Virgin Islands, said she had never heard of powerlifting before she started the sport.

"The first day I walked in a squat rack, I knew this was it," she said. "Something about powerlifting just felt right. If I can control the weight on my shoulders, then I could take control of everything else in my life."

Walcott, who started powerlifting in 2017, lost around 100 pounds in one year, but she said she had to push through self-doubt when she started.

"Walking in was nerve racking, because I was still really heavy. I do remember the snickering and the remarks of,' Why is she here?,'" she said. "But I tuned things out. I'm here for a goal. I'm doing it for me."

Walcott said she was also the only woman in the weight room at that time, and still to this day she said she is often the only Black woman she sees training and competing. 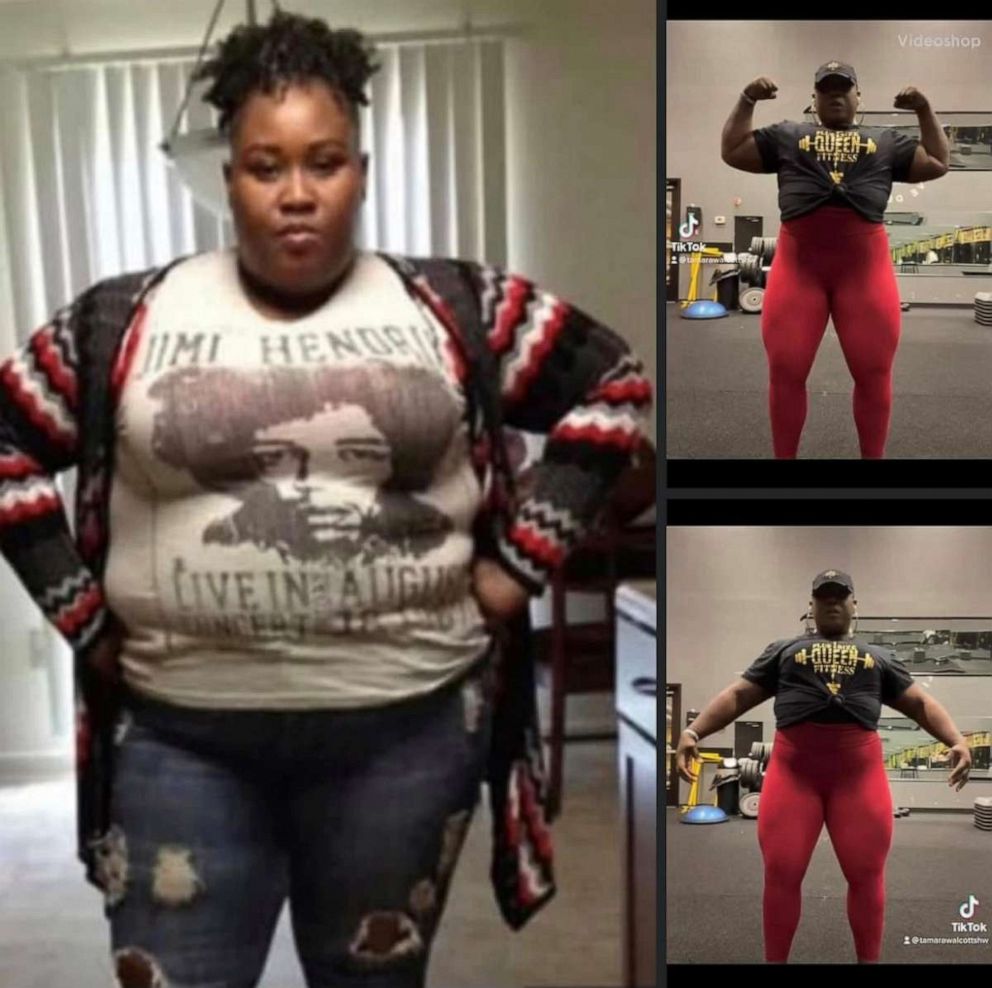 Walcott, who works full-time as a property manager, said she also had to combat the "mom guilt" that arose from her new passion that required several hours of training at the gym each week.

"Even though I was just sitting on the couch, at least I was with my kids all the time. Now I spend three hours in the gym," Walcott said of the guilt she felt initially.

Walcott's demanding schedule involves working a full day of work, having dinner with her kids and then three or four nights a week training two to four hours at the gym.

She has relied on family, including her mom, boyfriend and sister, to help her care for her kids, who are now ages 9 and 15.

"I did it and I never looked back, and I didn't care who thought that I should be on a treadmill running for hours," she said of her commitment to powerlifting. "I didn't care. I just knew that this is what I love. It's changing my body."

MORE: Olympian mom 'trains' with her daughter and it's hilarious

Walcott's dedication paid off in September, when she accomplished a world record deadlift of 636 pounds at the 2021 World Raw Powerlifting Federation's The Showdown in Kansas City, Missouri.

At the same competition, Walcott also set a personal record in the bench press, benching 363 pounds, and a competition best in the squat, at 584 pounds. 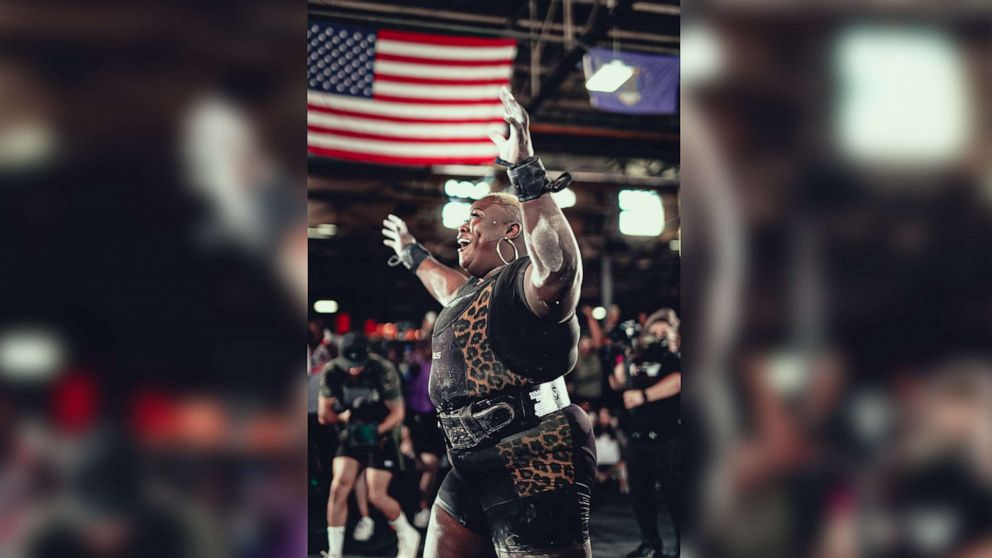 Walcott said the records she set were even more meaningful because of the difficulties she faced during the preparation, including a shoulder injury and training during the coronavirus pandemic with two kids at home.

"There's a lot of times I told my coach this prep, 'I can't do this. I cannot. I'm tired,'" she said. "But I go back to, I'm not doing it for motivation anymore. I'm doing this because I'm dedicated to it, and I love it and I never quit."

Walcott continued, "And when I look at my kids, I realized one thing that I've instilled in them is if you want something bad enough, you're going to work hard for it."

After her world record win, Walcott said she plans to continue competing and breaking more records.

She also said she hopes to inspire other women to challenge and embrace their bodies through her brand, which she calls "plus-size queen."

"I want to grow that brand because plus-size in my mindset means so many different things. It's not to society's standards of what plus-size is," she said. "It means bigger, better and stronger than the rest."