Olympic gold medal-winning gymnast Suni Lee is opening up about the mental health struggles she says she has faced since competing in the Tokyo Olympics last summer, including anxiety and impostor syndrome.

"I feel like after the Olympics, there's just been so much doubt in like, 'Oh, she shouldn't have won Olympics, blah, blah, blah,' and it really hits my soul," Lee, 19, said this week in an interview with ESPN, adding, "I think I just put in my head that I didn't deserve to win."

Lee, who grew up in Minnesota, won gold in the gymnastics all-around competition in Tokyo, making her the fifth American female gymnast in a row to win that title. She also helped lead the U.S. women's team to a silver medal in the team competition.

Lee's teammate, Simone Biles, had been favored to win the gold in the all-around competition, but withdrew from that competition to focus on her mental health.

Lee began her college career at Auburn University after the Olympics and told ESPN she struggled with a lack of confidence. 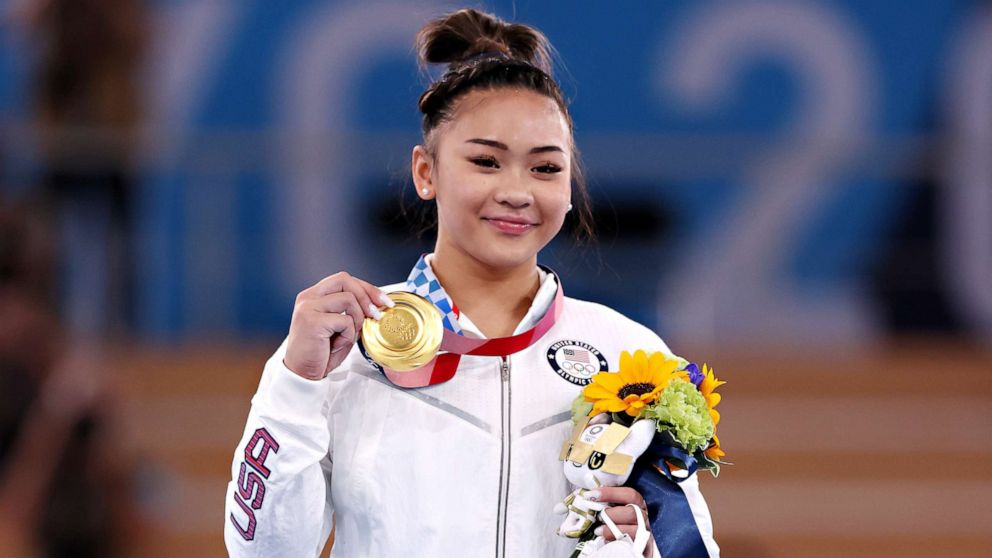 "Like impostor syndrome," she said. "That's exactly what I have. And it's very hard. It was very hard for me to motivate myself the first couple of weeks here because it was like I didn't want to do gymnastics, I hated it."

Lee said the intense fame she garnered after the Olympics also led to anxiety so crippling she considered pulling out of her college gymnastics meets, according to ESPN.

In Tokyo, Lee made history as the first Hmong American to compete for Team USA and the first to win a gold medal at the Olympics.

"I would have anxiety attacks at the meets," she said. "Like the first couple of the meets of this season, I was a wreck because it was like constant screaming my name and like, 'Suni, can you take a picture?' or 'Can you sign an autograph?' while I'm trying to concentrate."

She continued, "When everybody expects you to be good for Auburn, it's really hard for me just mentally, because I already put so much pressure on myself that when I have that extra pressure stress added on to it, I just kind of break." 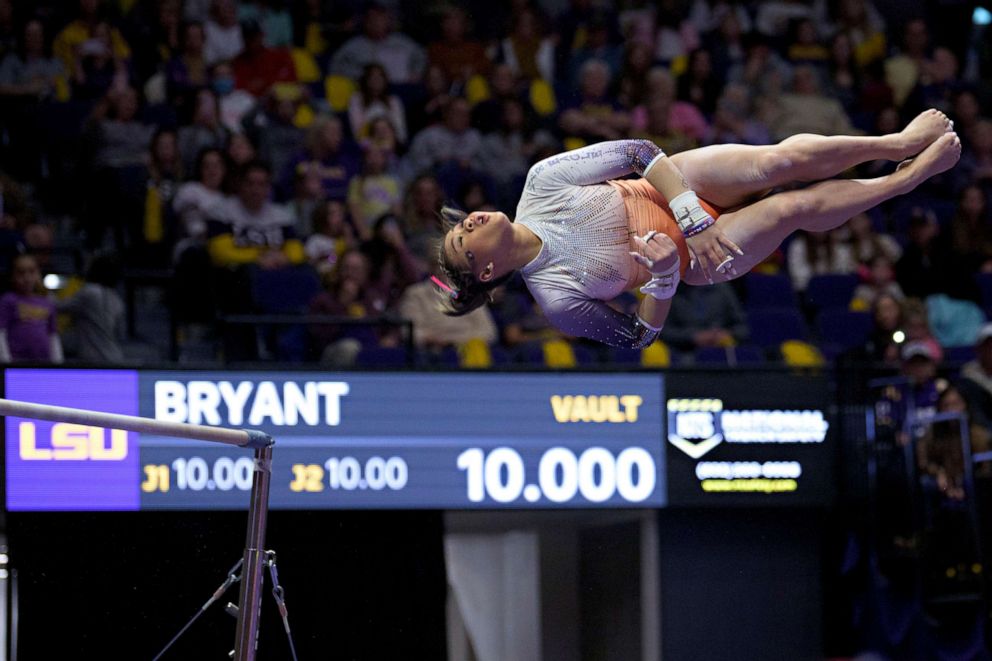 Lee said she has used journaling as a tool to help her cope. In February, she shared a page from her journal on Twitter.

In her pre-meet notes, Lee wrote to herself, "Be average Suni. Nothing more. Nothing less. You are good enough. Have faith. Be great."

"I think it's important because a lot of the times people forget that we're human," Lee told ESPN. "I think people just look at me as a famous person; they don't actually look at me as a person and to kind of see that we can make mistakes, too."

What to know about impostor syndrome

Lee is not alone in speaking about imposter syndrome, a form of intellectual self-doubt that can be accompanied by anxiety and depression, according to the American Psychological Association (APA).

High-achieving figures ranging from former first lady Michelle Obama to Oscar-winning actress Viola Davis and Facebook executive Sheryl Sandberg have also spoken out about feeling a sense of impostor syndrome, despite their record of accomplishments.

Lisa Orbe-Austin, a licensed psychologist and the author of "Own Your Greatness: Overcome Impostor Syndrome," describes the feeling of imposter syndrome as, "A phenomenon where highly-skilled, experienced, qualified, credentialed people have not internalized those credentials or experience and, as a result of that, fear being exposed as a fraud."

2:30
Do you have imposter syndrome? ‘Own Your Greatness’ author Dr. Lisa Orbe-Austin breaks down what the phenomenon actually is.

As many as 70% of people experience impostor syndrome, according to Orbe-Austin, who noted the condition has been studied for more than 40 years and has "significant amounts of research" behind it.

"Typically, imposter syndrome makes you less happy in your job," she said. "It also affects your ability to feel like you can negotiate for yourself because you're just happy to be there."

Impostor syndrome can often stem from early childhood roles and family dynamics, according to Orbe-Austin.

The APA notes that feelings of being an impostor can "often go hand in hand" with perfectionism, explaining, "So-called impostors think every task they tackle has to be done perfectly, and they rarely ask for help."

While impostor syndrome can happen to men and women and people of all backgrounds and races, there are "additive effects" for people of color, according to Orbe-Austin.

"There has been research to show that when you are a person of color and you experience imposter syndrome, you also have higher levels of anxiety and higher levels of discrimination-related depression," she said

When it comes to coping with the feelings of self-doubt, Orbe-Austin said it's important to identify and remember why a person is successful.

"The reason you are successful is because you have skills, abilities, credentials, competencies that you're not aware of, that you're having trouble internalizing, but that's the reason why you're successful," she said. "The impostor syndrome is not the reason."