A group of eight babies in Kansas share an unlikely bond.

They were all born to a group of seven moms who were pregnant at the same time while teaching at Oak Street Elementary School in Goddard, Kansas.

The eight babies and their moms met for the first time Monday, setting up a very unique before-and-after photo. 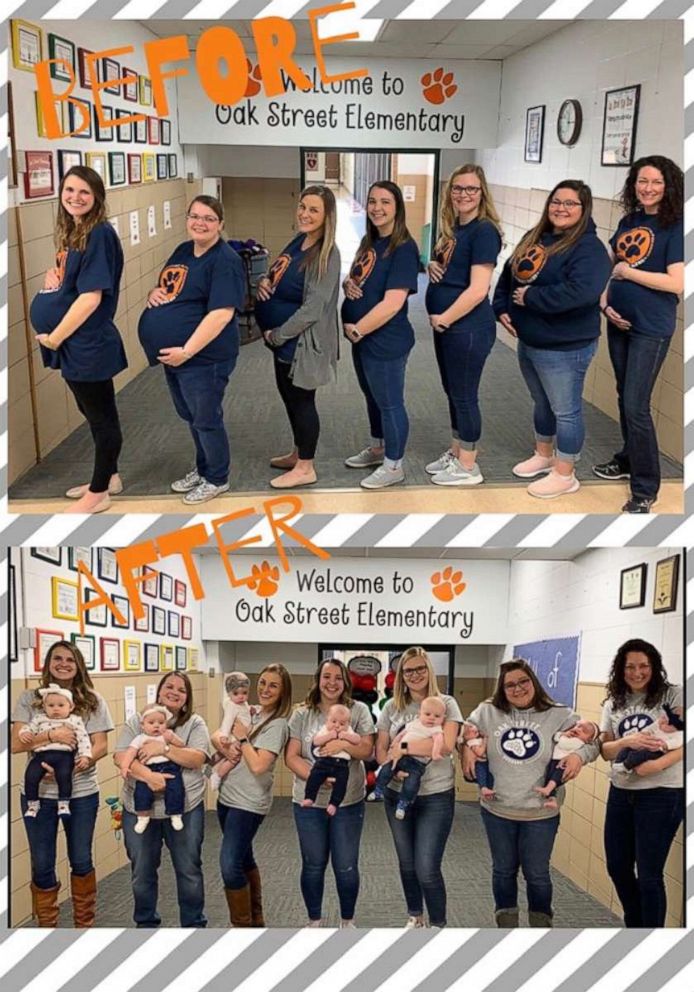 "We went from giving each other high-fives as we waddled down the hallways to now going to each other for tips and talking about our babies," said Nicole Lauer, a first-grade teacher who give birth to a daughter in April. "It's nice to have so many women that you can go to for baby advice."

"We lean on each other and we can relate to each other," said Kaylee Busick, a first-grade teacher who gave birth to her son in July.

The seven teachers, including one who gave birth to twins, each told their principal, Ashley Miller, during the last school year that they were pregnant.

They gave birth over a span of eight months, from March through October. 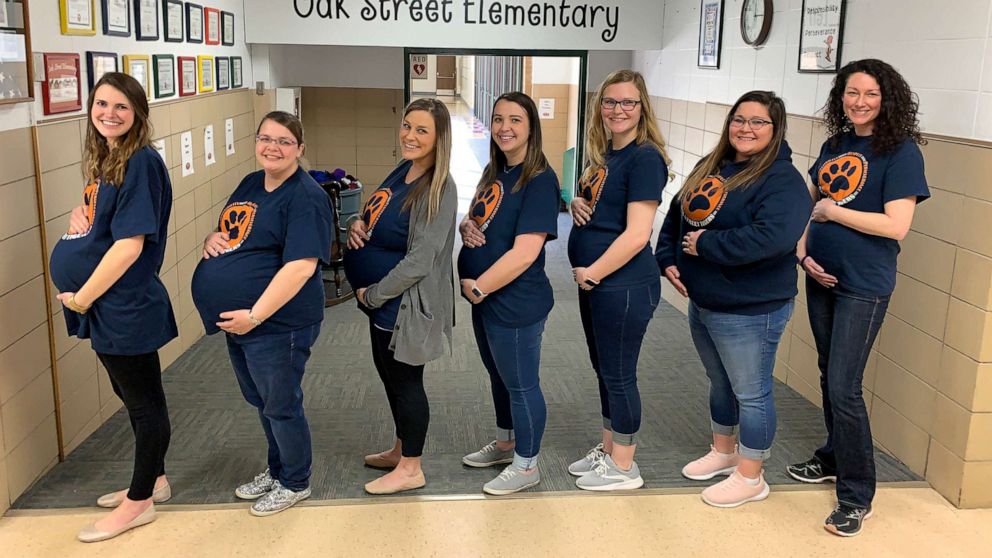 USD 265 Goddard Public Schools
The seven pregnant teachers pose in their due date order in the front hall at Oak Street Elementary in Goddard, Kan.

The last of the teachers returned from maternity leave just last week.

"We had nine [substitute teachers] in the building one day, which is a lot for us," Miller said of one recent day in which some teachers were attending a training. "And one of [the] fourth-grade students, said, ‘Oh no, is everybody getting pregnant again?’"

Miller describes the school's staff as "like a family" and said their recently-retired principal, a retired third-grade teacher and other familiar faces stepped up to to serve as substitutes during seven maternity leaves.

Miller's focus has moved on from coordinating maternity leaves to coordinating breaks for seven breastfeeding teachers. 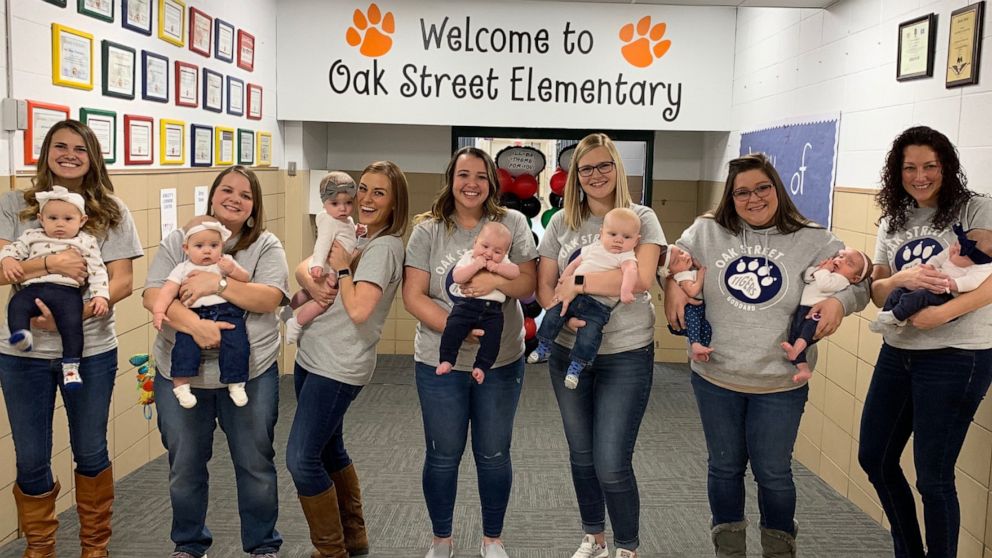 "I don't know how many times I had to redo the master schedule for pumping," Miller said, referring to the main calendar she keeps for the whole school. "They kept calling me this summer to say they needed breaks at this time or this time."

At least two of the eight babies attend the same day care and others have already had the first of what their moms say will be many playdates to come.

(MORE: Twin sisters give birth on same day with the same doctor (plus one had twins!))

The teachers have become local celebrities, known as the "Oak Street mommas." They say they do not take for granted that all seven moms and all eight babies had safe deliveries and remain healthy.

"It’s really a miracle. It’s incredible," said Lauer. "I was kind of worried at first, you just hear statistics, but to have everyone here and everyone doing so well, it’s amazing."