It will now be a felony to perform an abortion in Oklahoma under a bill signed into law Tuesday by Republican Gov. Kevin Stitt.

The bill passed in the state House last week without any debate after passing the Senate last year.

Under the new law, any medical provider who performs an abortion would face a fine of $100,000 and up to 10 years in prison. The only exceptions for performing an abortion would be if the mother's life is in danger.

The new law is scheduled to take effect in August, but it is expected to be challenged in court.

Planned Parenthood Federation of America and the Center for Reproductive Rights have said they will "challenge any ban that is signed into law in Oklahoma this session."

"The law signed today is not yet in effect, and abortion remains legal in Oklahoma," Emily Wales, interim CEO and president of Planned Parenthood Great Plains, said in a statement.

The new abortion restriction in Oklahoma is particularly significant because of the outsized role the state has played in providing abortion access to women in the region since last year, when Texas enacted a law that bans nearly all abortions after six weeks of pregnancy.

So far in 2022, the two Planned Parenthood clinics in Oklahoma that offer abortion services have seen more patients from Texas than from Oklahoma, according to Wales.

"We know that patients who need abortion are not going to stop seeking it, it's just going to get harder and harder for them to access," Wales told ABC News last week, when the bill passed the Oklahoma state House.. "Right now, patients may be traveling a few hundred miles from home, five or six hours, they're going to add another five or six hours to get to the Kansas City area or to Wichita, and for some patients, that won't be feasible."

Dr. Christina Bourne, medical director of Trust Women, which operates an abortion care clinic in Oklahoma City and one in Wichita, Kansas, said the clinics are having to turn people away because of the demand.

The Oklahoma legislature is also still considering more legislation to restrict abortion access, including a bill that passed the House last month that is modeled after Texas's law and allows for citizens to sue for up to $10,000 anyone who performs or "aids and abets" an abortion. The Oklahoma Senate has also passed several anti-abortion measures recently, including a bill that allows for private lawsuits. 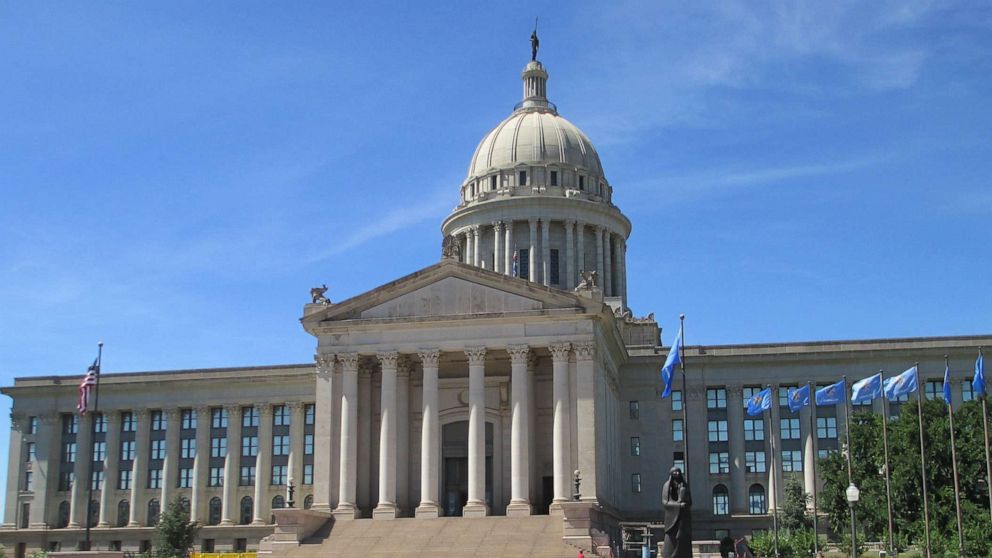 Experts say that in light of more restrictions, women who have the means will have to travel further for abortion care, while those who don't will not get care.

"We expect that the facilities that remain open in other states will be overwhelmed, as we have already seen with Senate Bill 8, with residents from other states coming in to get care," said Dr. Kari White, an associate professor and faculty research associate at the University of Texas at Austin. "And there are some people for whom these longer distances are are just going to be impossible, and they will consider either other ways to try to end their pregnancies by ordering medications online or potentially doing something unsafe, and other people will be forced to continue their pregnancies." 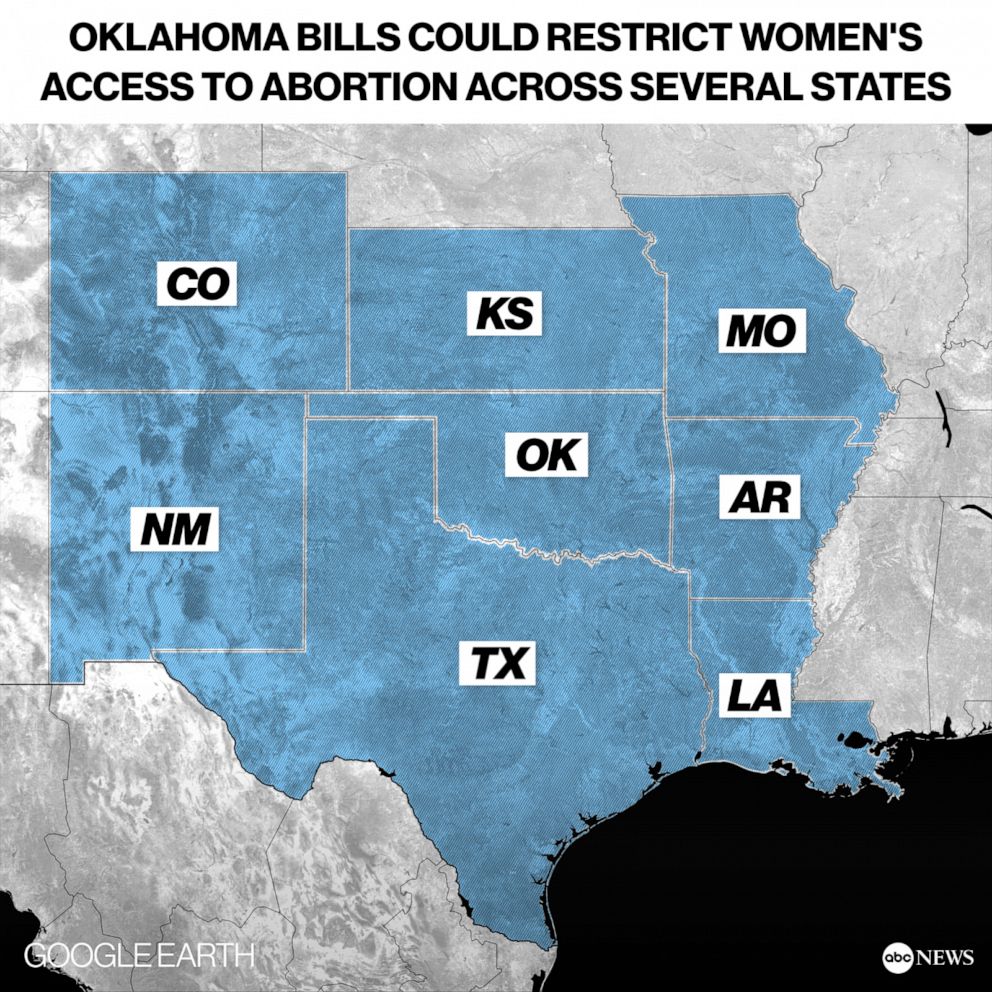 White, who is also the lead investigator of the Texas Policy Evaluation Project, has studied the impact of Texas’ six-week abortion ban. According to her research, around 1,400 Texans have gone to another state for abortion care each month since SB8 went into effect in September, with 45% traveling to Oklahoma.

"We’ve certainly heard from some of the people we’ve interviewed in our study that they were willing to wait a little bit longer to get an abortion in Oklahoma because they could travel to Oklahoma, but it was too far for them to go to a state like New Mexico," she said. "They just couldn’t make it work in terms of the additional cost, the time away from work or their child care responsibilities."

MORE: Citigroup pays for workers to travel for reproductive care amid state regulations on abortion

New Mexico and Colorado, which have less stringent abortion restrictions, are likely to become hotspots for women in the region who have the means to travel for abortion care.

Other states that surround Oklahoma -- Kansas, Missouri and Arkansas -- face their own restrictions on abortion access and are dealing with already overwhelmed systems, experts say. 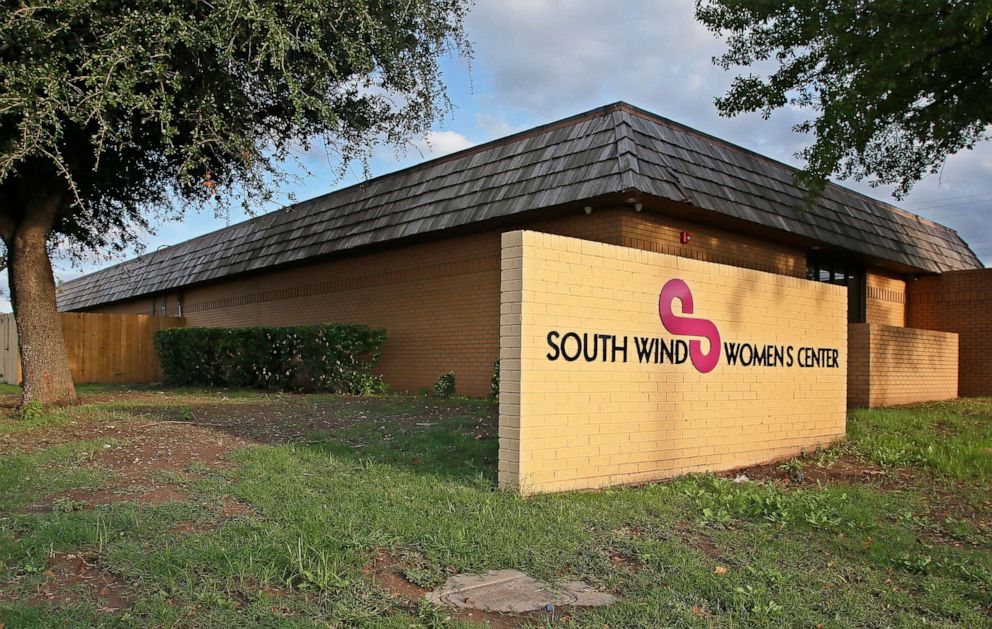 The two Planned Parenthood clinics that provided abortion care in Missouri have been closed in the law few years due to state restrictions, according to Wales, who added, "Missourians for a long time have been living the Texas crisis, where the majority of them are forced to flee their home state for care already."

"Our clinics here have been swamped," Brown said. "They just can't absorb the volume of people coming in from other states. Now, if Oklahoma happens, it's really, really going to be bad, because we already can't almost handle the patients that are coming in now."

Kansans are set to vote in August's primary election on a proposed amendment to the Kansas Constitution that would allow lawmakers to enact a ban if the U.S. Supreme Court were to overturn its 1973 Roe v. Wade decision that protects abortion rights, according to the Associated Press.

Currently, it is unconstitutional to pass abortion bans before a fetus is viable -- anywhere from 22 to 26 weeks.

More than half of the nation's 50 states are prepared to ban abortion if Roe is overturned, according to a report from the Guttmacher Institute, a reproductive rights organization. 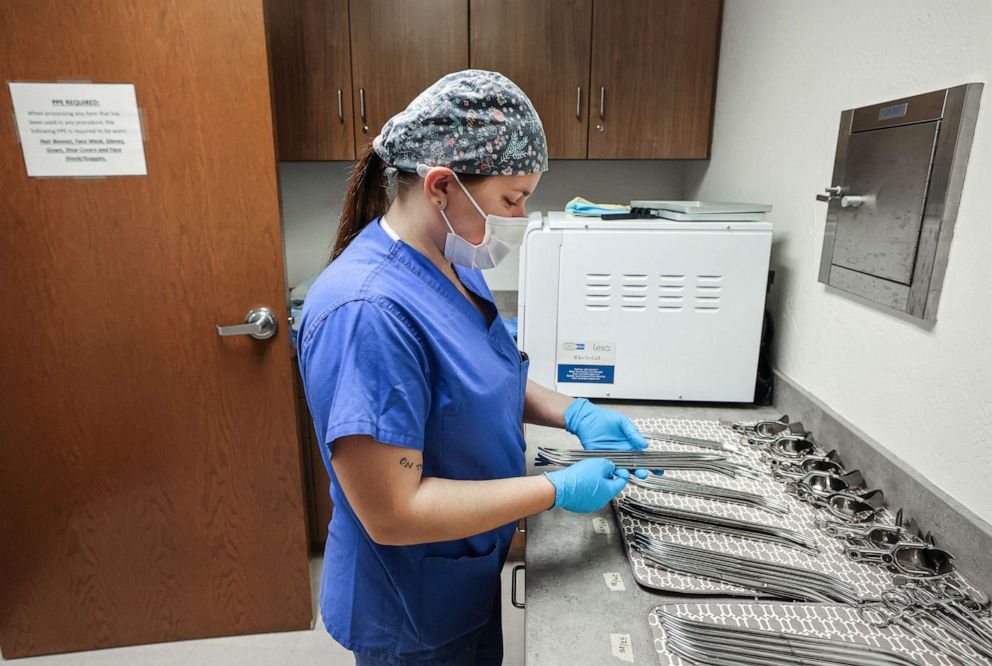 If that happens, another factor to watch will be whether states that have banned abortion make it increasingly difficult for their residents to obtain abortions in other states, Mary Ziegler, visiting professor of constitutional law at Harvard Law School and author of "Abortion and the Law in America: Roe v. Wade to the Present," told ABC News earlier this year.

In the meantime, abortion rights advocates and providers say they worry that the far distances people are having to travel to seek abortion care means the most vulnerable people, such as those without the financial resources to travel, are being left behind.

"Traveling is an option and has always been an option for affluent white people," Bourne said. "Through abortion restrictions, we are legislating people who experience intersecting identities, poverty, people of color, queer folks, people with many children, people with busy lives who are going to be left out of that and forced to carry a pregnancy to term that perhaps otherwise wouldn't have."

Wales, of Planned Parenthood Great Plains, said that as clinics in Oklahoma and Kansas have seen increased demand for abortion services, that has resulted in a delay in services for the type of general reproductive health care, like contraception and cancer screening, that makes up the majority of the clinics' work.

"The increased need in abortion and the restrictions from the states ... those things have pushed family planning patients and other types of care back," Wales said. "It also means our family planning patients are coming in more concerned, more confused about what is available to them, because they just understand that rights are being restricted."

"It has created a great deal of fear, I think, among the people we see," she said.