Angela Bassett says that despite Chadwick Boseman not filming any scenes for "Black Panther: Wakanda Forever," he's still at the heart of the movie.

"He really, truly is. He has such a magnificent presence in the movie," Bassett, who plays Ramonda, the Queen Mother of Wakanda and mother to Boseman's King T'Challa, told "Good Morning America" on Wednesday. "We couldn't do it without him, and he's still with us in spirit."

The "What's Love Got to Do with It" star continued, "The filmmakers just... they honored him. They honor him in such a glorious, glorious way."

Boseman died in August 2020 after a private, years-long battle with colon cancer. He was 43.

Bassett said that while there was a "great female presence" in the first "Black Panther" movie, released in 2018, it is "front and center this time around" as the women in T'Challa's life -- including T'Challa's sister Shuri (Letitia Wright), his lover and War Dogs member Nakia (Lupita Nyong'o), and Okoye, T'Challa's fiercest warrior (Danai Gurira) -- are forced to move on without him. 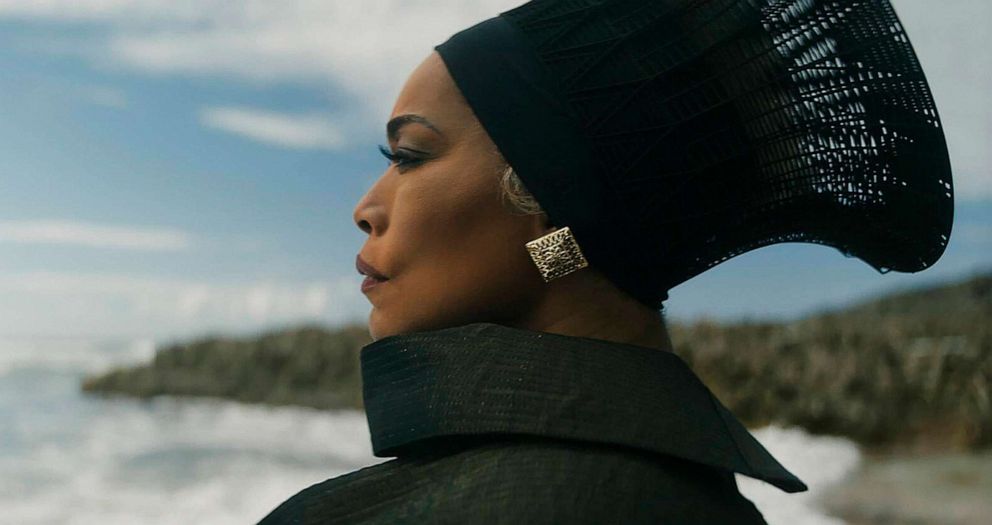 The "9-1-1" star said she got to tap into her theatrical roots to play Ramonda and that it's not lost on her that this is an important role for her community, specifically for "every little Black girl to see that imagery."

Bassett also said she sometimes pinches herself when reflecting on her epic career -- but not "for too long" or "too hard" -- and credited her children, twins Bronwyn and Slater, 16, for keeping her "grounded."

One person her kids are impressed by, however, is Rihanna, and she said "they were in tears" when they met the singer at the L.A. premiere of "Black Panther: Wakanda Forever."

Rihanna sings the lead single, "Lift Me Up," from the film's soundtrack.