Duchess Kate on Friday made her first public comment about her newborn niece, Lilibet "Lili" Diana Mountbatten-Windsor, the daughter of Prince Harry and Duchess Meghan.

At the end of a roundtable discussion on early childhood education with first lady Jill Biden in Cornwall, Kate, the wife of Harry's brother, Prince William, was asked if she had any wishes for her new niece.

“I wish her all the very best," Kate, the mother of Lili's three cousins, said with a smile. "I can’t wait to meet her because we haven’t yet met her yet, but hopefully that will be soon.”

When asked whether she had FaceTimed to see the newborn, “No, I haven’t no,” the duchess said. 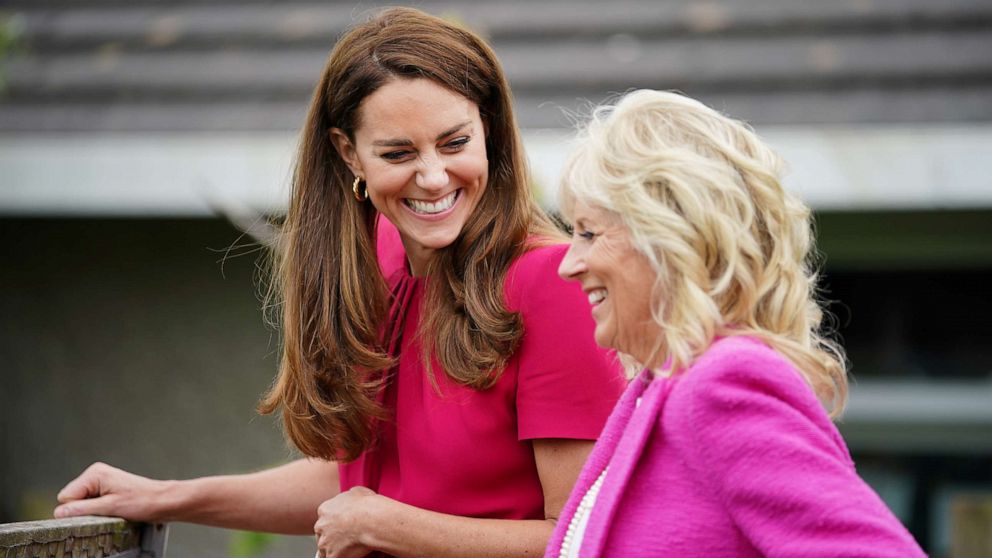 Harry and Meghan's daughter, their second child, was born on June 4 in Santa Barbara, California, near where the family moved last year after stepping down as senior members of the royal family.

William and Kate, the Duke and Duchess of Cambridge, have not seen Meghan, who wed Harry in 2018, in person in over a year, since the family moved to California.

The Cambridges saw Prince Harry for the first time in April, when Harry flew to the United Kingdom to attend the funeral of his and William's grandfather, Prince Philip.

The two couples, who were once known as the "Fab Four," have more recently been at odds amid Harry and Meghan's departure from their senior royal roles.

Harry and Meghan -- who did not travel to the U.K. for Philip's funeral because she was pregnant -- spoke out in a tell-all interview with Oprah Winfrey in March that spilled tensions in the royal family into public view. 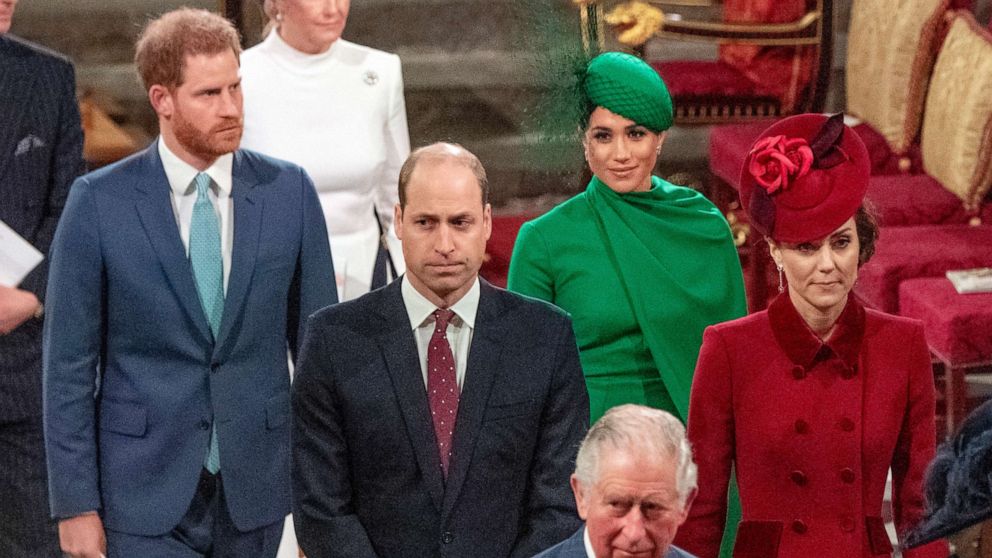 It is not known whether other members of the royal family, including Queen Elizabeth and Harry and William's father, Prince Charles, have met Lili via video since her birth.

A spokesperson for the Sussexes confirmed earlier this week that Queen Elizabeth, after whom Lili is named, was the first family member Harry called before announcing her birth on Sunday.

“The Duke spoke with his family in advance of the announcement, in fact his grandmother was the first family member he called," the Sussexes' spokesperson said in a statement. "During that conversation, he shared their hope of naming their daughter Lilibet in her honor. Had she not been supportive, they would not have used the name.”