Prince Harry and Meghan, the Duke and Duchess of Sussex, are taking a stand against a report that they did not ask Harry's grandmother, Queen Elizabeth, for her permission before naming their daughter Lilibet, the queen's childhood nickname.

A legal representative for the Sussexes sent notice to the BBC and several other outlets denying the report, calling it "false" and "defamatory," and asking them not to repeat it.

A spokesperson for Harry and Meghan also disputed the report published by the BBC, which was attributed to a "palace source."

“The Duke spoke with his family in advance of the announcement, in fact his grandmother was the first family member he called," the Sussexes' spokesperson said in a statement. "During that conversation, he shared their hope of naming their daughter Lilibet in her honor. Had she not been supportive, they would not have used the name.”

The couple named their daughter, the first great-grandchild of the queen to be born outside of the United Kingdom, Lilibet "Lili" Diana Mountbatten-Windsor.

Lili is the first of Queen Elizabeth's 11 great-grandchildren to be named after the queen in her first name.

"Lili is named after her great-grandmother, Her Majesty The Queen, whose family nickname is Lilibet," a Sussex spokesperson said in a statement announcing Lili's birth. "Her middle name, Diana, was chosen to honor her beloved late grandmother, The Princess of Wales."

Harry and Meghan's daughter, their second child, was born on June 4 in Santa Barbara, California, near where the family moved last year after stepping down as senior members of the royal family. 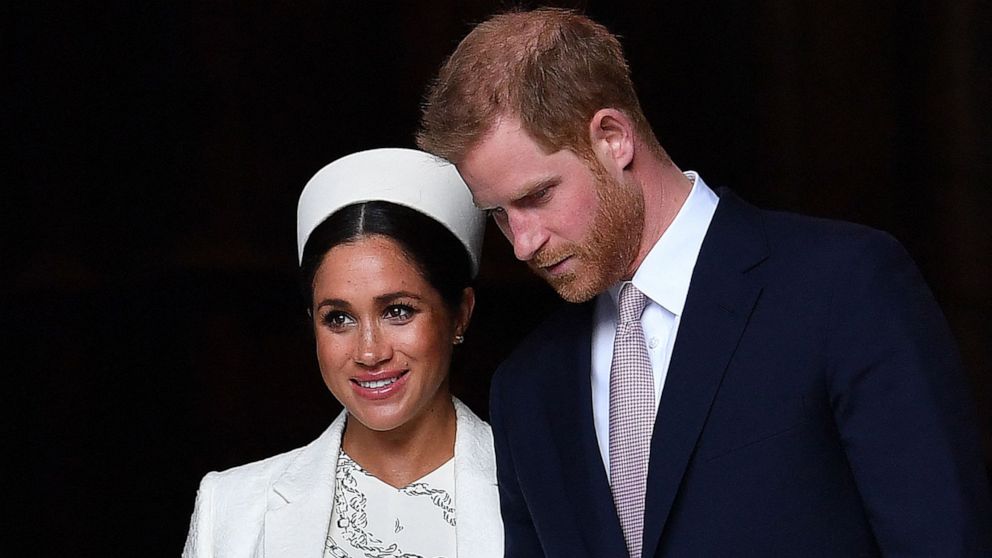 Buckingham Palace has not commented on Lili's name.

The BBC has not commented on the dispute with Harry and Meghan and has kept its report on Lili's name live on its website.

According to ABC News royal contributor Omid Scobie, Queen Elizabeth was "very aware" of Lili's name before it was made public.

“I think what we have here is the press struggling to understand what the conversation was between Harry and the queen," Scobie, the author of "Finding Freedom," said Thursday on "Good Morning America." "When we actually speak to those closest to the queen, they do say she was very aware of the decision that was made before the announcement."

"There is no protocol to follow," Scobie added. "But what they did do is let [Queen Elizabeth] know and wait for her response before making any concrete decisions to announce that to the world."

Harry, one of Queen Elizabeth's eight grandchildren, has always been vocal about his love for his grandmother, whose childhood nickname Lilibet has continued to be affectionately used by close family throughout her life.

"My grandmother and I have a really good relationship and an understanding, and I have a deep respect for her," Harry said in an interview with Oprah Winfrey earlier this year. 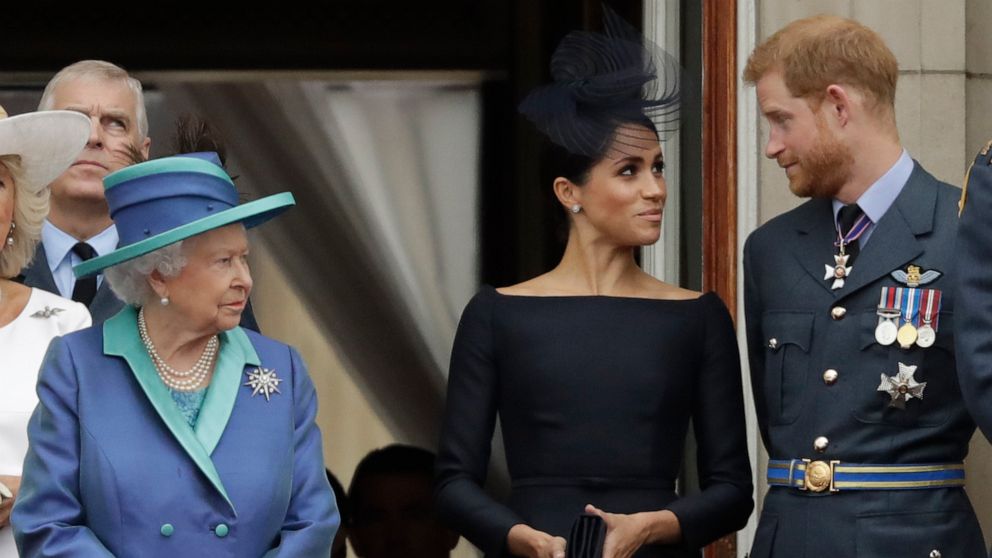 Matt Dunham/AP, FILE
In this July 10, 2018 file photo Britain's Queen Elizabeth II, Meghan the Duchess of Sussex and Prince Harry stand on a balcony at Buckingham Palace in London.

Last month, Prince Harry joined his brother in responding to an independent investigation that found then-BBC journalist Martin Bashir "deceived and induced" to secure an interview with their mom, the late Princess Diana, after whom Lili is also named.

"To those who have taken some form of accountability, thank you for owning it. That is the first step towards justice and truth. Yet what deeply concerns me is that practices like these—and even worse—are still widespread today," Harry said in a statement, in which he called his mom "resilient, brave and unquestionably honest." "Then and now, it’s bigger than one outlet, one network, or one publication."

"Our mother lost her life because of this, and nothing has changed," he said. "By protecting her legacy, we protect everyone, and uphold the dignity with which she lived her life. Let’s remember who she was and what she stood for."

Scobie said Harry and Meghan's response to the BBC's reporting on their daughter's name is part of a new approach to "take control of the narrative," especially when it comes to their children.

The Sussexes are also parents to a 2-year-old son, Archie.

"Since stepping away from the royal fold, they've really been able to try and take control of the narrative as often as they want, including bringing the law into question when the line has been crossed," said Scobie. "I think if this story had been just about Harry or Meghan, the couple would have left it."

"But ultimately, this is about protecting their new daughter," he said. "She's only days old and she's already embroiled in the center of the British tabloid controversy and they want her arrival into this world to be pleasant, to be celebratory. To have this sort of murky uncertainty around the use of her name really puts an unpleasant start to Lilibet's journey in this world."