Duchess Kate is taking over two patronages her brother-in-law Prince Harry relinquished when he and his wife, Duchess Meghan, stepped down from their senior royal roles.

“These new patronages, which have been given to The Duchess by Her Majesty The Queen, closely align with Her Royal Highness’ longstanding passion for sport and the lifelong benefits it can provide,” the palace said in a statement.

Kate, 40, the wife of Prince William, marked her new role by joining members of England's rugby teams for a training session at Twickenham Stadium.

Kate took part in the training, joining a skills session and even being lifted up in a line-out. 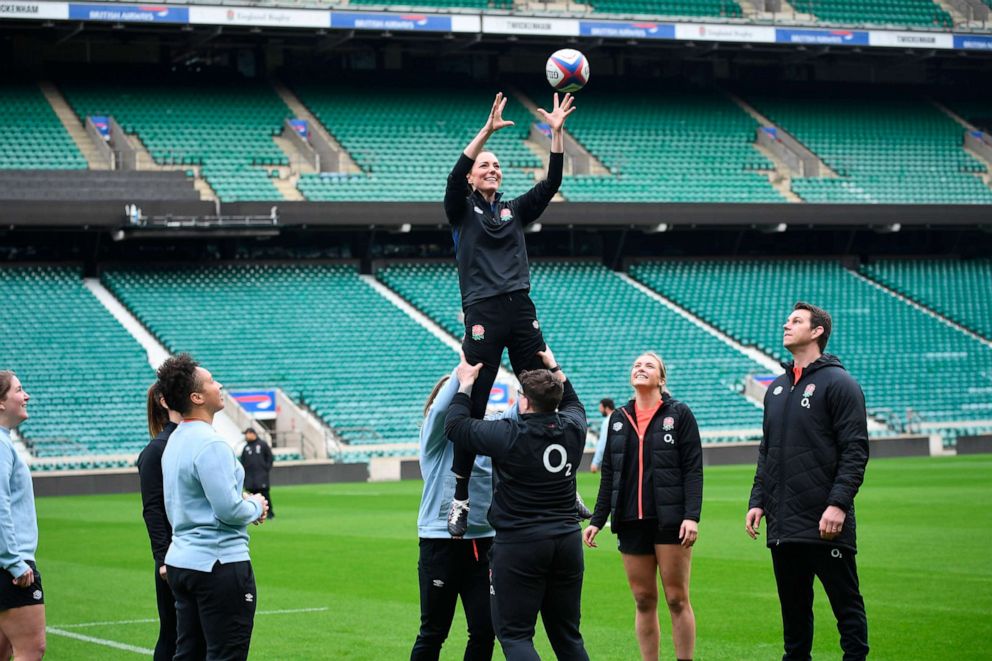 Jeremy Selwyn/Pool Photo via AP
Britain's Kate, Duchess of Cambridge, is lifted up in a line-out as she plays rugby in her new role as Patron of the Rugby Football Union, in Twickenham Stadium, in London, Feb. 2, 2022. 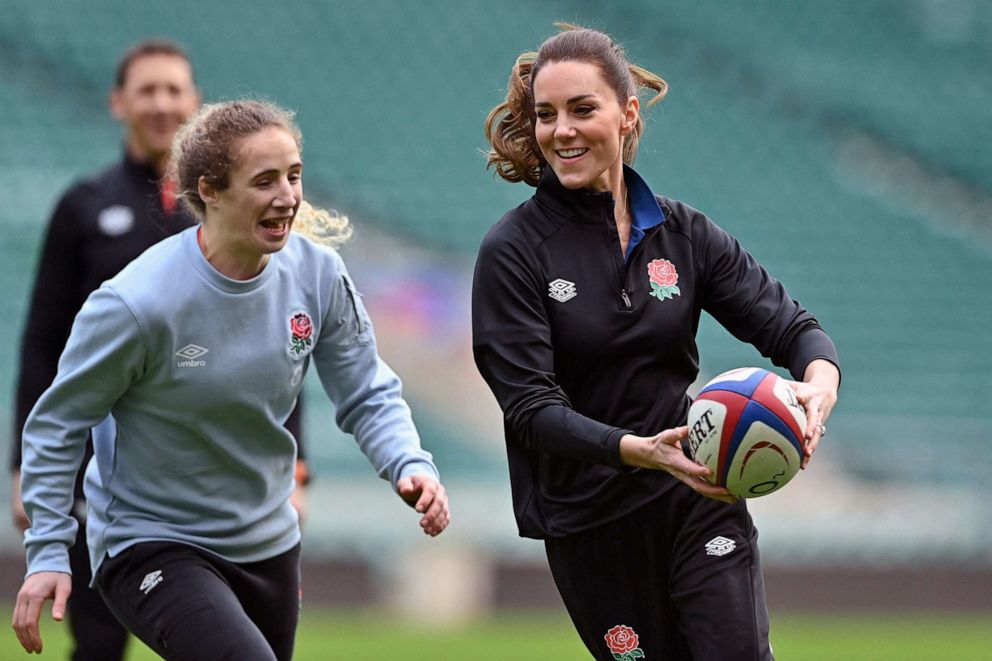 Justin Tallis/AFP via Getty Images
Britain's Catherine, Duchess of Cambridge runs with the ball as she takes part in the England's rugby teams training sessions at the Twickenham Stadium, in London, on Feb. 2, 2022, as part of her new role as Patron of the Rugby Football Union.

Kate announced her new patronages in a video shared on social media Wednesday. In the video, Kate virtually throws a rugby ball to other players and at one point spins the ball on one finger.

"I am so thrilled to become Patron of the Rugby Football League and Rugby Football Union – two fantastic organisations who are committed to harnessing the power that sport can have in bringing communities together and helping individuals flourish," Kate wrote alongside the video. "I look forward to working with them across all levels of the games, and to cheering England on in what promises to be an exciting year for both sports!"

Rugby apparently played a large role in Kate's upbringing in Berkshire, England, with her parents and two siblings.

Kate's sister, Pippa Middleton, told Vanity Fair in 2014, “Rugby was a big thing in our family. We’d plan our weekends around the matches.”

Kate's new role as patron of the two rugby organizations comes two years after Harry and Meghan, the Duke and Duchess of Sussex, stepped down from their senior royal roles in 2020.

The couple, who now live in California with their two young children, agreed at the time to give up all their royal patronages.

“Harry is a big rugby fan and the patronage was a natural fit for him," said ABC News royal contributor Victoria Murphy. "I think it was pretty clear that he had wanted to retain those links when he stepped back."

She added, “We’re now seeing the reality of Harry and Meghan having handed back their patronages is that things are moving on and the working royals are stepping into those roles and continuing the work.”

“We look forward to working with The Duchess in the years to come, and I know all levels of our sport will welcome her to the Rugby League family,” Ralph Rimmer, chief executive of the Rugby Football League, the national governing body for Rugby League in the United Kingdom, said in a statement.

“The Duchess will be greatly valued from our grassroots clubs and fast-growing women and girls’ game, right up to our elite Men’s and Women’s England teams,” added Bill Sweeney, chief executive of the Rugby Football Union, the national governing body for grassroots and elite rugby union in England. 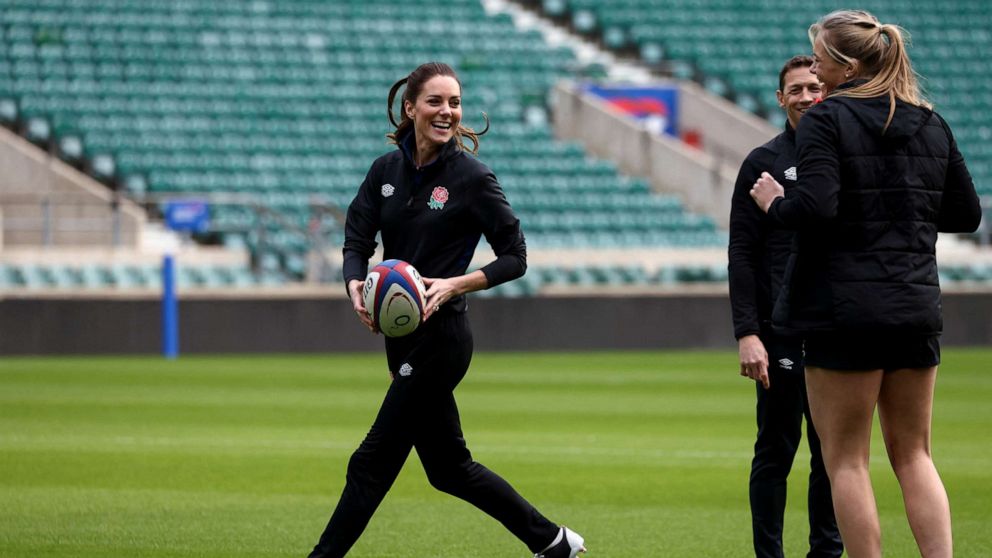 Kate, who played tennis, hockey and sailing as a kid, is also the royal patron of the All England Lawn Tennis and Croquet Club, the home of Wimbledon, a role she took over from Queen Elizabeth in 2016.

Her other sports-related patronages include SportsAid, a charity that helps young athletes, The Lawn Tennis Association and The 1851 Trust, an education charity that teaches kids about STEM (science, technology, engineering, and mathematics) through sailing.