Meghan, the Duchess of Sussex, has made her first public comments about the death of Queen Elizabeth II, whom she called the "matriarch" of Britain's royal family.

"I feel deep gratitude to have been able to spend time with her and get to know her," Meghan said in a new interview with Variety. "It's been a complicated time, but my husband, ever the optimist, said, 'Now she's reunited with her husband.' "

Meghan and her husband Prince Harry, one of the queen's grandsons, were visiting the United Kingdom for charity engagements when the queen died on Sept. 8 at Balmoral Castle in Scotland.

The Sussexes stayed in the U.K. during the royal family's period of mourning and attended the queen's funeral on Sept. 19.

The two were also spotted Sept. 10 on a walkabout outside Windsor Castle with Prince William and his wife Kate, the Princess of Wales. The couples viewed tributes to the queen and greeted members of the public who had gathered to mourn Elizabeth's death.

The solemn occasion was one of Harry and Meghan's first public appearances with royal family members since stepping down from their senior royal roles in 2020 and moving to California, where they now live full-time with their children Archie and Lilibet. 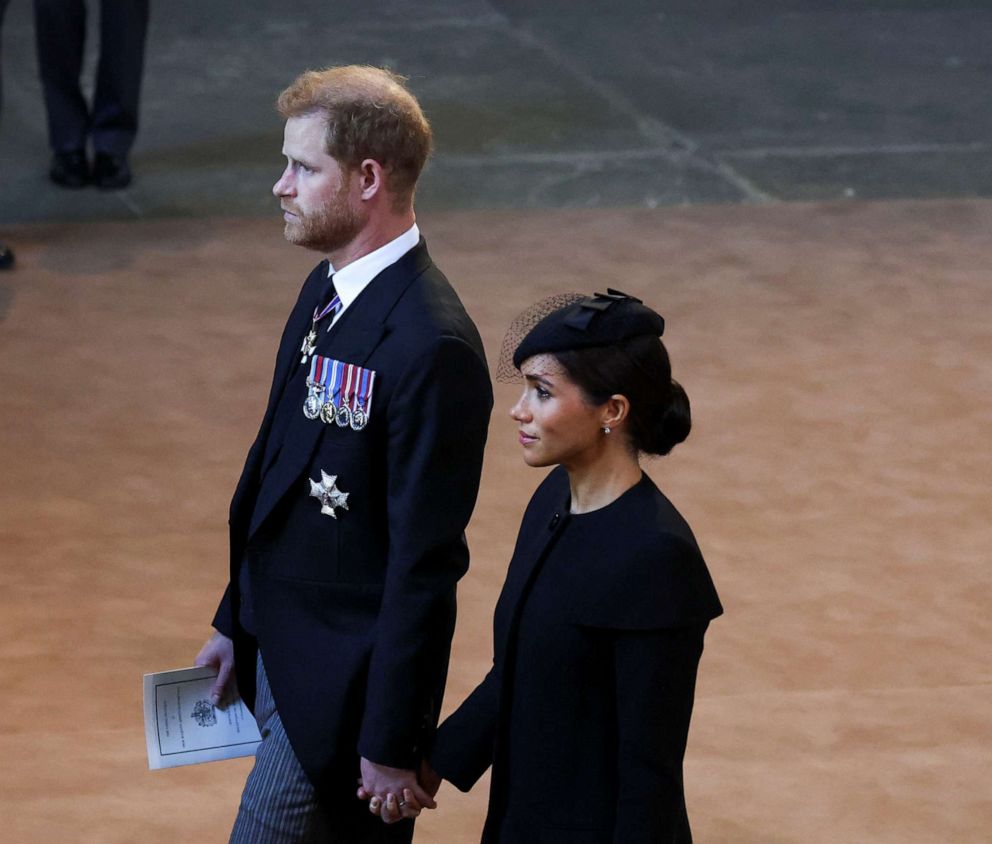 Phil Noble/WPA Pool via Getty Images, FILE
Prince Harry and Meghan, Duchess of Sussex walk as procession with the coffin of Queen Elizabeth arrives at Westminster Hall from Buckingham Palace for her lying in state on Sept. 14, 2022 in London.

"I'm really grateful that I was able to be with my husband to support him, especially during that time," Meghan said. "What's so beautiful is to look at the legacy that his grandmother was able to leave on so many fronts. Certainly, in terms of female leadership, she is the most shining example of what that looks like."

When asked how she had processed the death of Elizabeth, Meghan spoke about how the loss put things in perspective.

She also said she was "proud to have had a nice warmth" with the queen, Britain's longest-reigning monarch, and reflected on the "outpouring of love and support" from the public after her death.

"In big moments in life, you get a lot of perspective. It makes you wonder what you want to focus your energy on," said Meghan. "Right now, we feel energized and excited about all of the things we've been building toward. We're also focused on our foundation. So much of the work we do includes the philanthropic space."

Harry and Meghan's foundation, Archewell, includes a production arm that focuses on audio as well as television and movies. 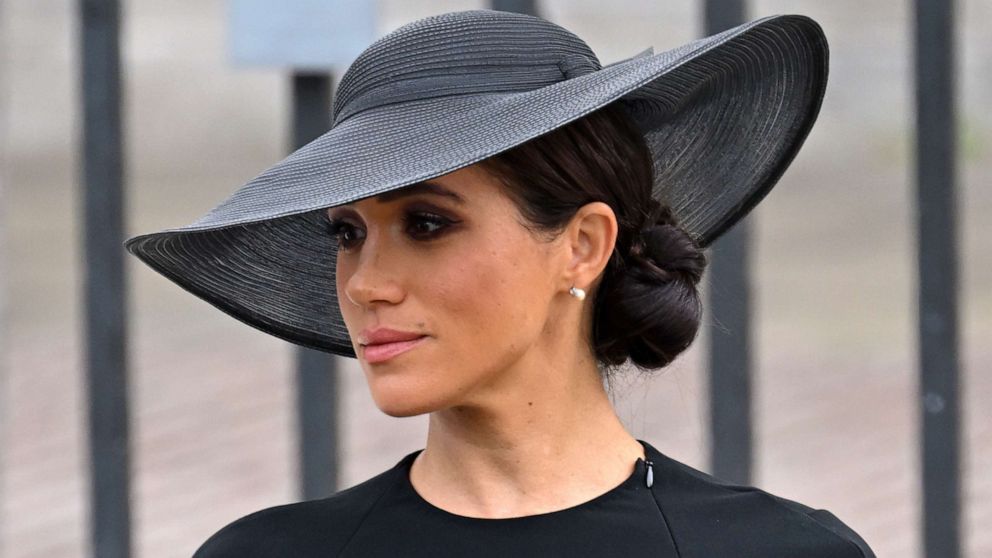 Karwai Tang/WireImage via Getty Images, FILE
Meghan, Duchess of Sussex during the State Funeral of Queen Elizabeth II at Westminster Abbey on Sept. 19, 2022 in London.

In addition to speaking about her "Archetypes" podcast on Spotify, Meghan spoke with Variety about an upcoming docuseries about her life with Harry.

The docuseries is being directed by Liz Garbus, a U.S.-based documentary filmmaker.

MORE: Meghan Markle says she's 'thankful' for 'Deal or No Deal,' but not for how it made her feel

"It's nice to be able to trust someone with our story -- a seasoned director whose work I've long admired -- even if it means it may not be the way we would have told it," said Meghan. "But that's not why we're telling it. We're trusting our story to someone else, and that means it will go through their lens."

Meghan, who left her acting career when she wed Harry in 2018, added, "It's interesting. My husband has never worked in this industry before. For me, having worked on 'Suits,' it's so amazing to be around so much creative energy and to see how people work together and share their own points of view. That's been really fun."