Meghan, the Duchess of Sussex, has faced intense public scrutiny ever since her relationship with Prince Harry began.

The duchess, 38, is speaking out now for the first time about what the experience has been like for her behind the headlines.

"Especially as a woman it's really -- it's a lot," Meghan told ITV News at Ten anchor Tom Bradby for the documentary, "Harry & Meghan: An African Journey," airing Wednesday, Oct. 23, at 10 p.m. ET on ABC. "So you add this on top of just trying to be a new mom and trying to be a newlywed."

"And also thank you for asking, because not many people will have asked if I'm OK," Meghan added. "But it's a very real thing to be going through behind the scenes." 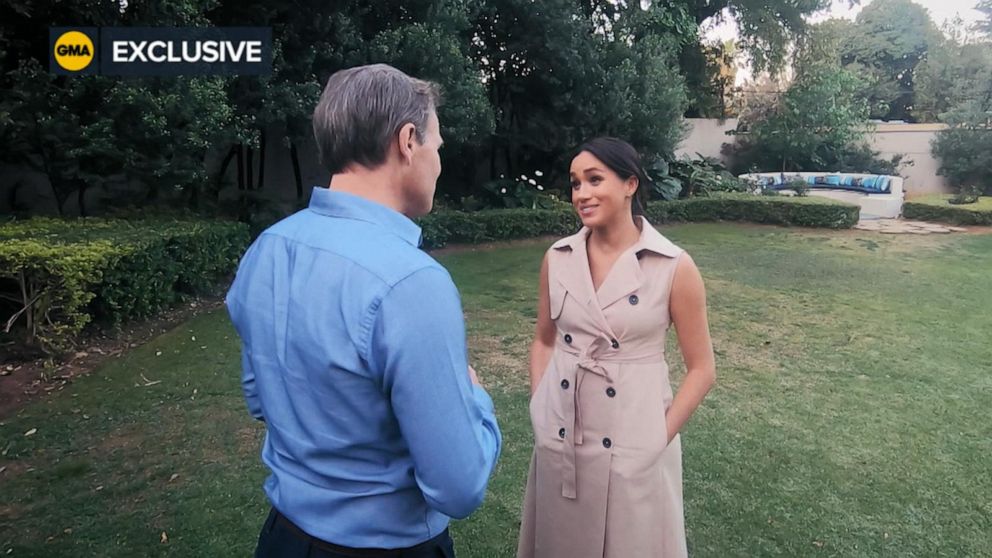 When asked by Bradby whether it's been a "struggle" to adjust to life in the public eye as a royal, Meghan quickly answered "yes."

Meghan also spoke more specifically about the public pressure she faced while pregnant and as a new mom.

The duchess gave birth to her first child, a son named Archie, in May. She was in the headlines throughout her pregnancy and then she and Harry quickly faced criticisms for their decision to keep details of Archie's birth private.

"Look, any woman, especially when they're pregnant, you're really vulnerable," said Meghan. "And so that was made really challenging, and then, when you have a new born, you know?"

(MORE: Prince Harry, Meghan open up in new documentary about their life in the spotlight)

Meghan and Harry spoke with Bradby during their recent 10-day tour of Southern Africa.

It was on the eve of the final day of that tour that Harry and Meghan announced legal action against a British tabloid over privacy concerns.

The tabloid targeted in the lawsuit, the Mail on Sunday, published a letter in February it claimed was one Meghan wrote to her estranged father, Thomas Markle, after he missed her May 2018 wedding to Harry.

Harry -- whose mother Princess Diana died in a car crash in 1997 while being chased by paparazzi -- released a passionate statement announcing the legal move, describing Meghan as "one of the latest victims of a British tabloid press that wages campaigns against individuals with no thought to the consequences."

"Though this action may not be the safe one, it is the right one. Because my deepest fear is history repeating itself," Harry said. "I've seen what happens when someone I love is commoditised to the point that they are no longer treated or seen as a real person. I lost my mother and now I watch my wife falling victim to the same powerful forces."

A Mail on Sunday spokesman released a statement, saying, "The Mail on Sunday stands by the story it published and will be defending this case vigorously. Specifically, we categorically deny that the duchess's letter was edited in any way that changed its meaning."

Harry opened up candidly to Bradby for the new documentary about his and Meghan's life in the public eye and the continuing impact of his mother's death.

When asked by Bradby whether he is now at peace after his mom's death, Harry replied her death is more of a "wound that festers."

"Harry & Meghan: An African Journey" also includes interviews with Harry and Meghan speaking about their roles as modern royals on the international stage and how they balance public duties with private family life. 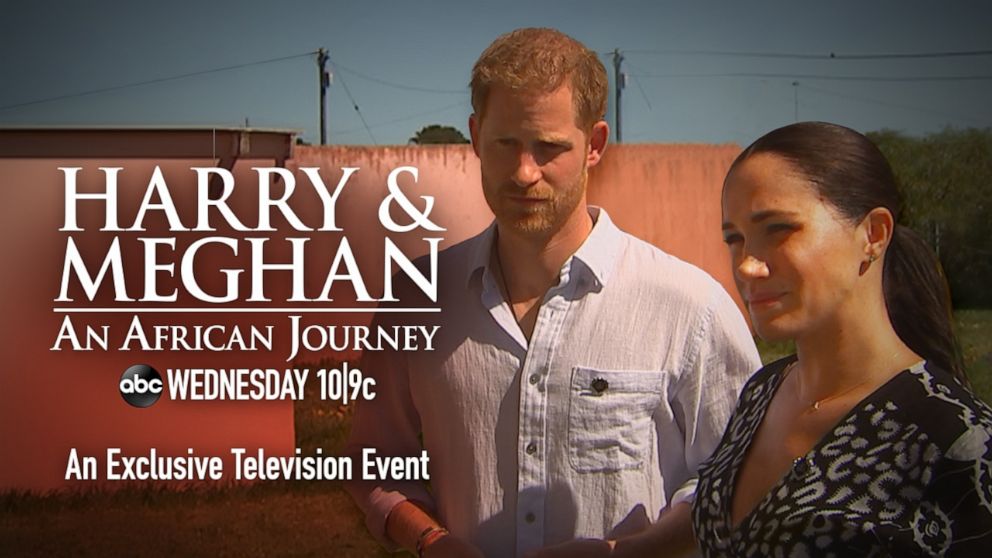