Prince Harry and Meghan appeared on the international stage together Friday for the first time since stepping down from their senior royal roles two years ago.

The Duke and Duchess of Sussex attended a welcome reception in The Hague, the Netherlands, to kick off the 2022 Invictus Games, the Paralympic-style competition for wounded service members that Harry launched eight years ago.

The Sussexes were escorted by members of Team Netherlands as they made their way into The Hague's United States Embassy to attend a reception for athletes from the U.S. and Ukraine, according to ABC News royal contributor Omid Scobie.

The Sussexes have arrived at a special #IG22 friends and family reception for @InvictusGamesNL competitors, team members and their loved ones. Prior to arriving, Harry and Meghan attended a welcome event hosted by The Hague's US Embassy for #TeamUS and #TeamUkraine athletes. pic.twitter.com/7afKra6qoP

Harry and Meghan arrived in the Netherlands after making a quick stop in the U.K. to visit his grandmother, Queen Elizabeth.

The visit marked the first time the couple saw the queen together in-person since moving in 2020 to California, where they now live with their two children, Archie and Lilibet.

Harry and Meghan's current trip is believed to be Meghan's first trip back to Europe since she and Harry made their last official royal public appearance in March 2020. 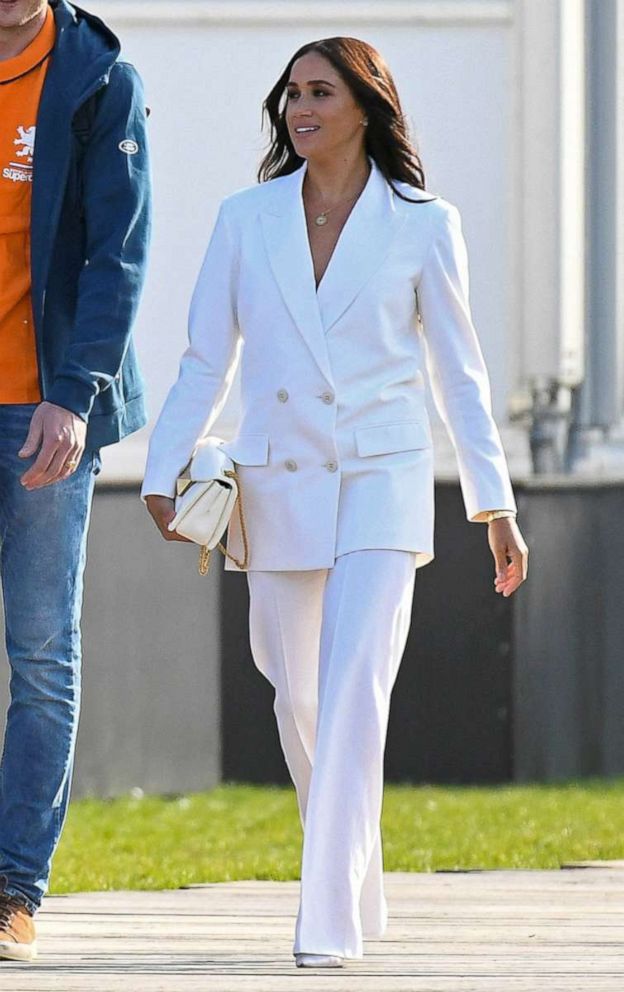 Piroschka Van De Wouw/Reuters
Meghan, Duchess of Sussex, and Prince Harry (not pictured) arrive at the yellow carpet of the Invictus Games to attend the friends and family reception in The Hague, Netherlands, April 15, 2022.

Harry retuned to the U.K. last April to attend his grandfather's funeral, and then again in July, when he joined William for the unveiling of a statue dedicated to their mom, the late Princess Diana.

Harry and Meghan are scheduled to attend several events at this year's Invictus Games, which are happening after being postponed in 2020 due to the coronavirus pandemic. 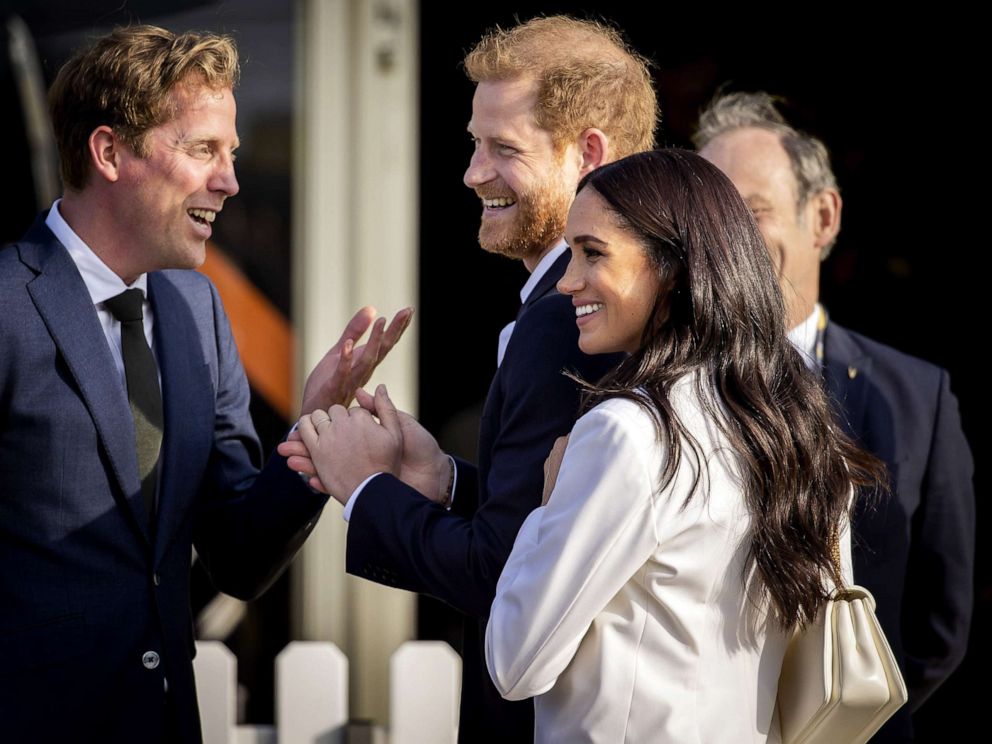 ANP via Getty Images
Prince Harry, Duke of Sussex and Meghan, Duchess of Sussex appear on the Yellow Carpet ahead of the Invictus Games, on April 15, 2022 in The Hague, Netherlands. The games will take place from 16 to 22 April 2022 at the Zuiderpark and are intended for military personnel and veterans who have been psychologically or physically injured while on duty.

Harry founded the Invictus Games as an international version of the Warrior Games, which is organized annually by the U.S. Department of Defense, and which the prince attended in the U.S. in 2013.

The first Invictus Games were held in London in 2014 and have been held in Orlando, Toronto and Sydney since then. 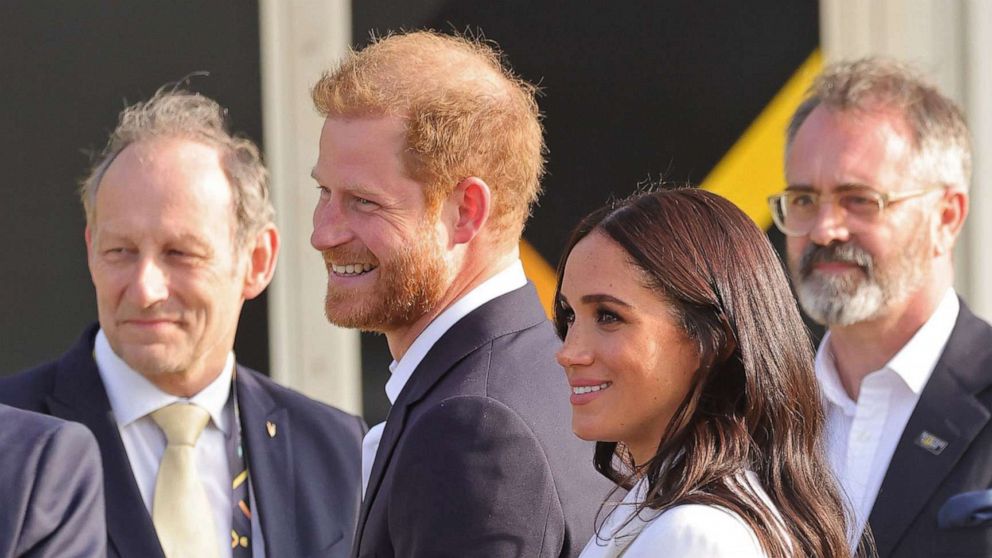 "The word 'invictus' means 'unconquered.' It embodies the fighting spirit of wounded, injured and sick service personnel and personifies what these tenacious men and women can achieve post injury," Invictus Games says on its website. "The Games harness the power of sport to inspire recovery, support rehabilitation and generate a wider understanding and respect for those who serve their country."

Prince Harry served in the British Army for 10 years and completed two tours of Afghanistan.