The visit marks the first time the couple has visited the queen together since moving to California two years ago.

"It gave them the chance to spend those precious private moments with the queen and also take some steps forward in heeling," said ABC News royal contributor Omid Scobie.

The Duke and Duchess of Sussex stopped to see the queen in the United Kingdom on their way to the Netherlands, where they will attend the Invictus Games, the Paralympic-style competition for wounded service members that Harry launched in 2014. 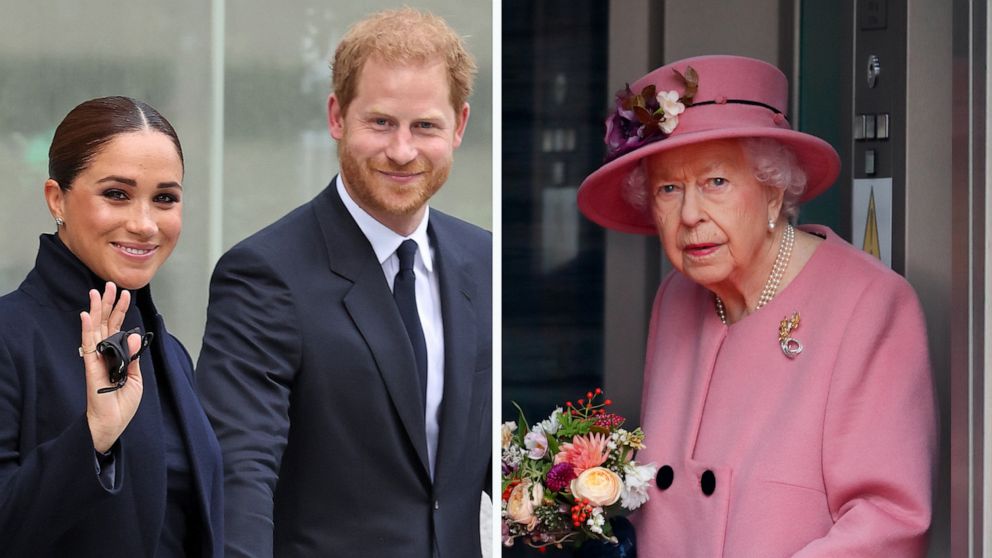 The queen, who will turn 96 next week, has spent the last several months at Windsor Castle. Her last public appearance was in late March, when she attended the Thanksgiving service for her late husband, Prince Philip, at Westminster Abbey.

In the months leading up to the service, Harry expressed concern about his safety in the U.K. Earlier this year, he filed a legal challenge asking that the U.K. government allow him to pay for his own police protection while in the U.K.

Prince Harry and Meghan stepped down from their senior royal roles in 2020. They live near Santa Barbara, California, with their two children, Archie, and Lilibet, who is named after Queen Elizabeth.

Meghan is not known to have returned to the U.K. since she and Harry made their last official royal public appearance in March 2020, when they joined Harry's family at the annual Commonwealth Day service in London.

Harry retuned to the U.K. last April to attend his grandfather's funeral, and then again in July, when he joined William for the unveiling of a statue dedicated to their mom, the late Princess Diana.