Britain's Queen Elizabeth spoke for the first time publicly about her own battle with COVID-19, saying the virus leaves "one feeling very tired and exhausted."

Buckingham Palace said at the time that Queen Elizabeth had "mild cold-like symptoms" as a result of the virus.

Last week, the queen virtually attended the official opening of the Queen Elizabeth Critical Care Unit at Royal London Hospital, of which she is patron. The 155-bed unit was built in five weeks to help care for the surge of patients during the pandemic. 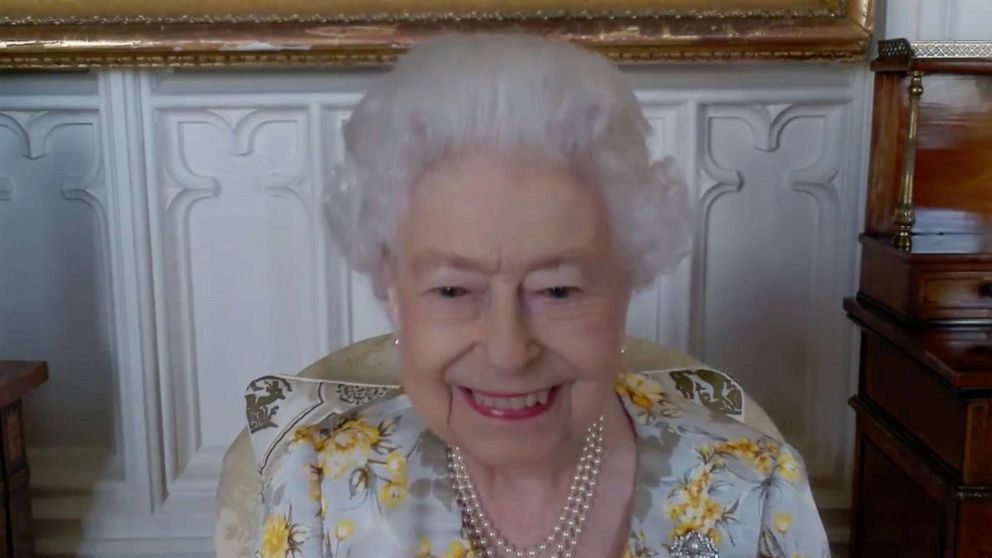 Queen Elizabeth spoke on a video call with health care workers who treated patients during the pandemic as well as a man named Asef, who recovered from COVID-19 in the unit.

Buckingham Palace released video of the call on Sunday.

"I'm glad that you're getting better," the queen told Asef. "It does leave one feeling very tired and exhausted doesn't it, this horrible pandemic."

As Patron of the @RoyalLondonHosp, The Queen has marked the official opening of the Queen Elizabeth Unit, which was built in just 5 weeks in response to Covid-19.

👇 Her Majesty joined a video call with staff and patients to hear about their experiences during the pandemic. pic.twitter.com/p5SzMaG4di

Queen Elizabeth has attended most events virtually over the past several months, due to her battle with COVID-19 and other health conditions. In October, she was hospitalized overnight for what Buckingham Palace described as "preliminary investigations."

The queen's first in-person appearance since battling COVID-19 was last month, when she attended the Thanksgiving service for her husband, Prince Philip, who died last April at age 99.

Buckingham Palace has announced the queen will not attend the Maundy Service on Thursday, an annual tradition in which she distributes special Maundy money to pensioners ahead of Easter Sunday. 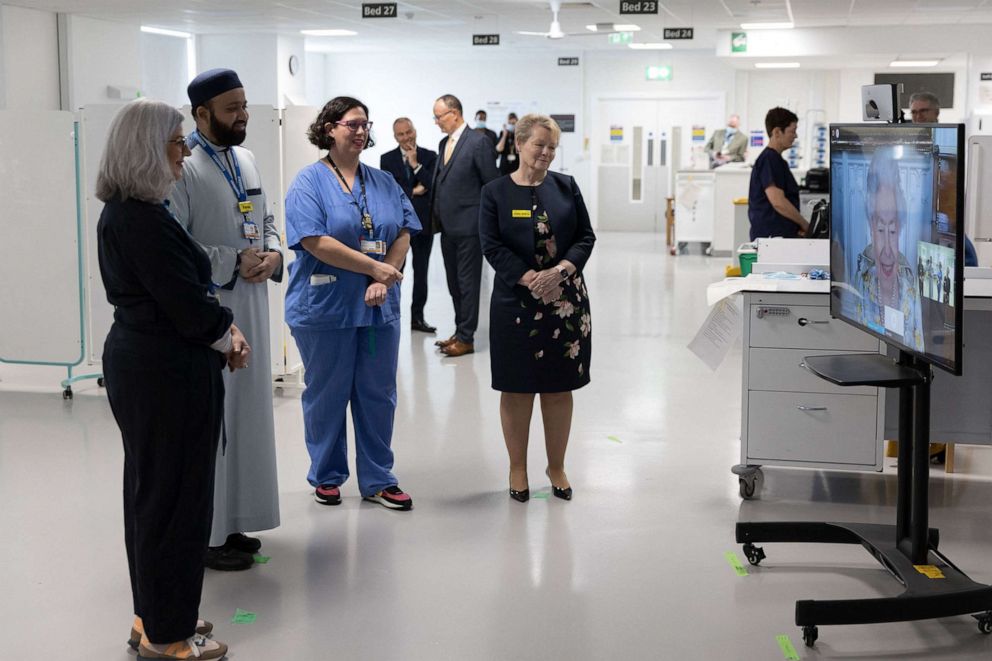 Ralph Hodgson/AFP via Getty Images
A handout photo released by Buckingham Palace on April 10, 2022, shows staff at The Royal London Hospital in east London during a video call with Britain's Queen Elizabeth II, in residence at Windsor Castle, to mark the official opening of the hospital's Queen Elizabeth Unit.

Queen Elizabeth appeared upbeat on the Royal London Hospital call, during which she thanked health care workers for their service during the pandemic.

"It's been very nice to be able to join you and also to hear what happened and how well it has been achieved," said the queen. "Thank you very much indeed, all of you."