Meghan Markle had her two biggest supporters by her side Thursday for the launch of her charity cookbook, which is already a bestseller.

Meghan, the Duchess of Sussex, was joined by her husband, Prince Harry, the Duke of Sussex, and her mom, Doria Ragland, at an outdoor reception on the grounds of Kensington Palace. 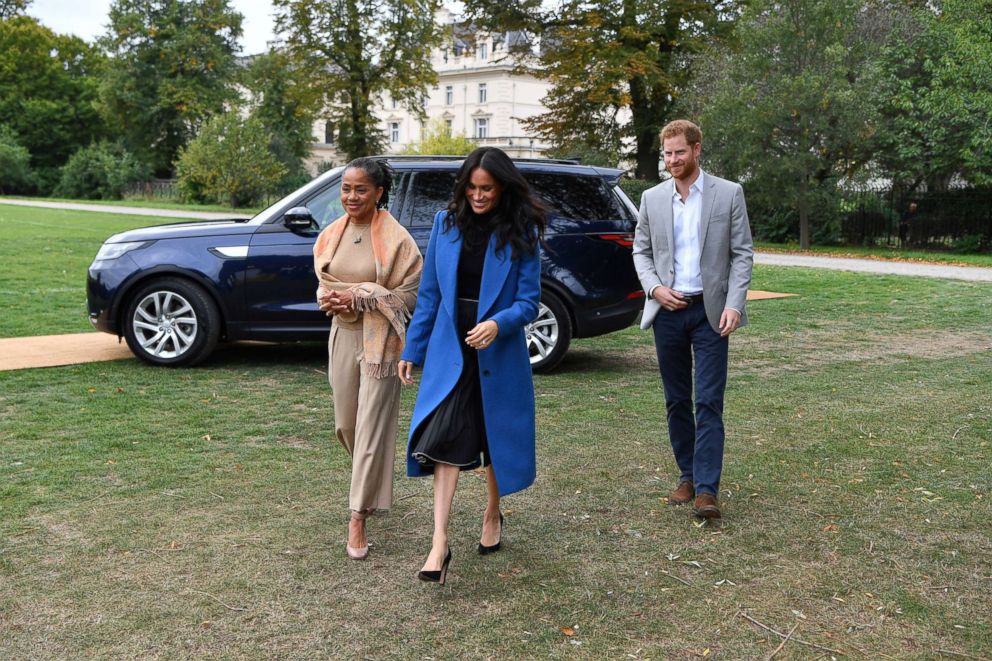 Ragland, visiting her daughter and son-in-law from Los Angeles, introduced herself to attendees as “Meg’s mum,” according to Chris Shipp, royal editor for ITV News, who attended the event.

“I’m Megs mum” said Doria Ragland as she introduced herself to the women behind the #grenfell cookbook pic.twitter.com/Bz7WKDNZrD 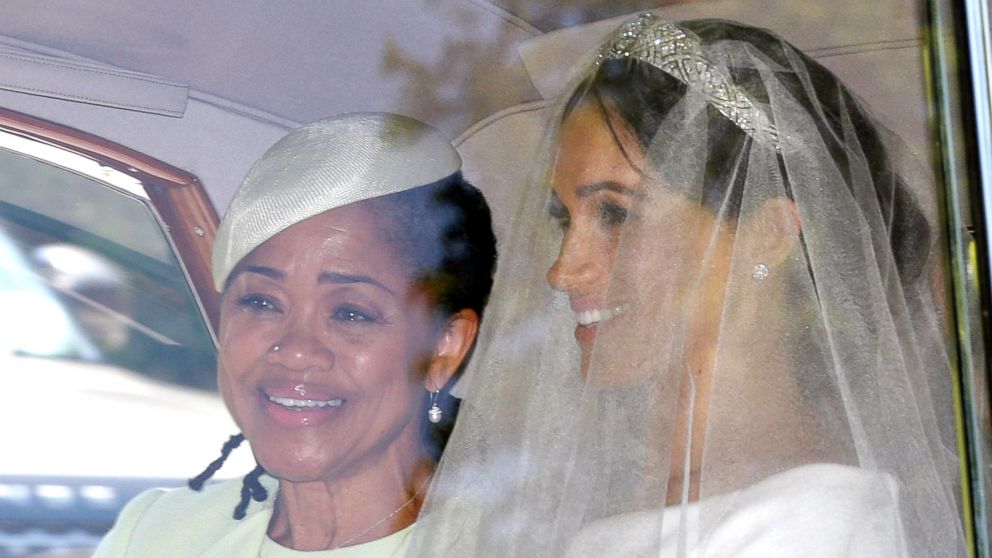 Meghan, 37, collaborated on the cookbook, “Together: Our Community Cookbook,” with a group of female survivors of last year’s Grenfell Tower fire, which killed 72 people.

The Duchess of Sussex personally wrote the forward for the cookbook, which topped the bestseller list even before its release Thursday.

The authors of "Together" gathered at the Hubb Community Kitchen at the Al Manaar Muslim Cultural Heritage Centre in West London to prepare food for their families and neighbors in the aftermath of the Grenfell Tower fire. Hubb means love in Arabic.

She continued, "And that's what we're talking about in terms of coming together, to really engage and talk, and to be able to celebrate what connects us rather than what divides us."

?? The Duke and Duchess of Sussex and Ms. Doria Ragland are today celebrating the launch of ‘Together: Our Community Cookbook’ with the women of the Hubb Community Kitchen #CookTogether pic.twitter.com/MRGFjNJxM6

In remarks at the launch, where Meghan cooked with the cookbook's authors, she called the cookbook a “tremendous labor of love” that she has worked on for the past nine months.

“I had just recently moved to London and I felt so immediately embraced by the women in the kitchen, your warmth, your kindness,” Meghan said. "And also to be able to be in the city and to see in this one small room, how multicultural it was."

She continued, "On a personal level, I feel so proud to live in a city that can have so much diversity."

The Duchess of Sussex joins Ahlam from the Hubb Community Kitchen to make green rice at today’s ‘Together’ launch celebrations #CookTogether pic.twitter.com/9spLXD2fWi

Proceeds from the sale of the cookbook will go to the Hubb Community Kitchen, “helping to keep it open for up to seven days a week and to widen its reach to others in the community,” according to Kensington Palace.

The cookbook is the first charitable project Meghan has undertaken as a member of The Royal Foundation, the charity led by Prince William, Princess Kate and Prince Harry.

She thanked "our team at Kensingon Palace and The Royal Foundation" in her remarks Thursday, while motioning to Prince Harry, who stood off to the side with Ragland, his new mother-in-law.

"On a personal note, I'm especially grateful because this is my first project so I appreciate your support for the vision that I had for this and seeing it come to fruition," Meghan said.